“In wisdom gathered over time, I have found that every experience is a form of exploration.” – Ansel Adams

According to a marker: "The Talaiots of Mallorca, inheritance of a thousand year old architectural tradition, were built with large stone blocks without aid of the wheel for transport or lifting materials, nor mortar to fix or consolidate the walls. Although there are few excavated talaiots, more than 400 are still scattered throughout Mallorca. This gives us an idea of the population density around three thousand years ago. It also highlights the importance of one of its more obvious functions, that of watch towers from their roots. Talaiotic people could control the surrounding territory and establish effective communication between nearby settlements." 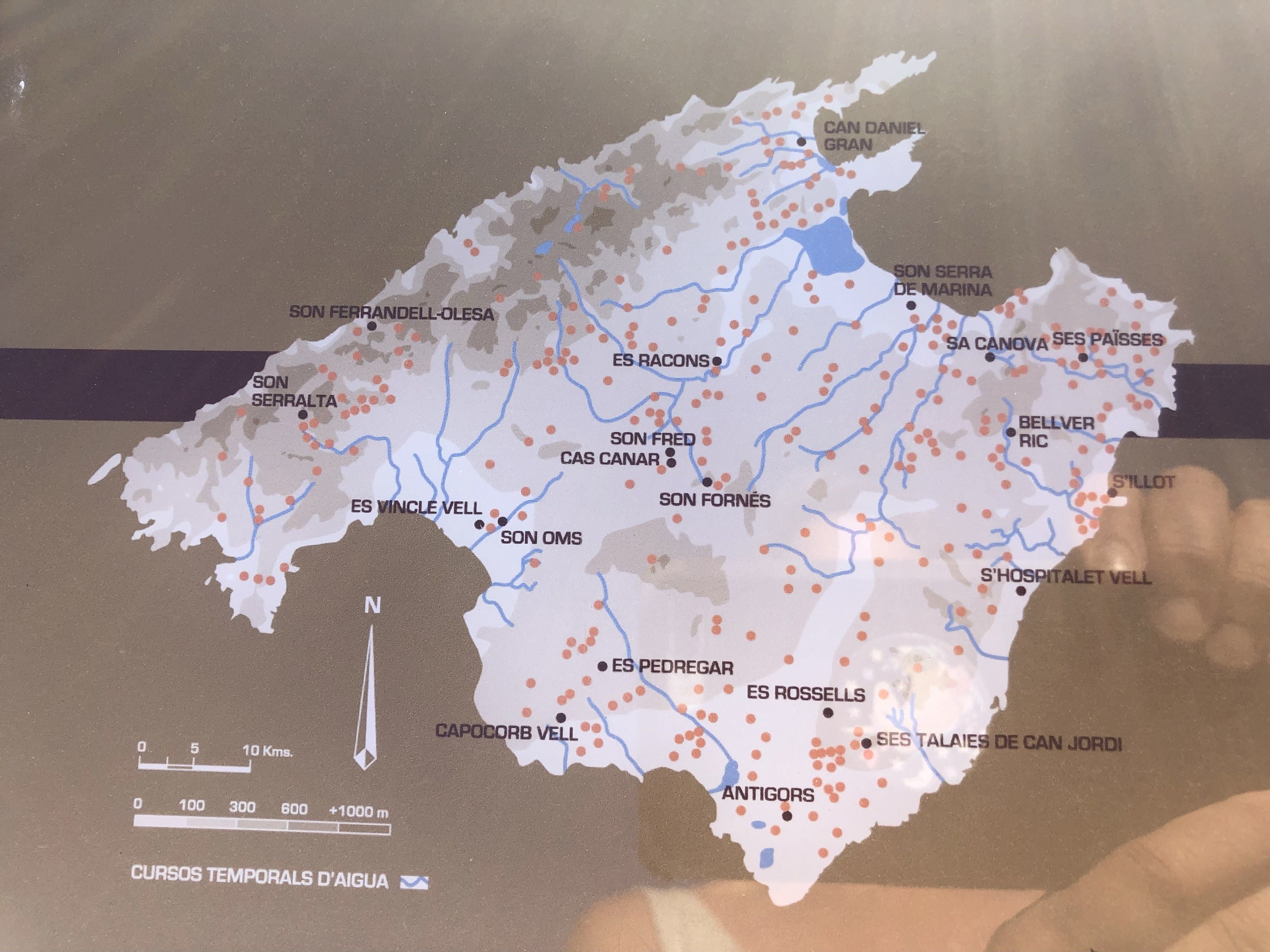 You don’t have to be a history buff to love exploring, but it sure does come in handy when visiting any or all of Mallorca’s talaiotic (also spelled “talayotic”) remains. Talaiotic is the descriptor for the people and society of the Balearics during prehistoric times. The abundant archaeological heritage sites on the island from the pre-talaiotic and talaiotic periods are scattered around Mallorca and are well worth a visit for those interested in stepping back to a time before recorded history, where much is still unknown, leaving plenty of room for the imagination.

The earliest Talaiots were funerary of nature, whilst the later versions are thought to mark territories and were primarily used as ceremonial centres. The sheer number of these sites prove the importance of them to the local populations, and they most likely served as gathering spots for the resolution of conflicts, as defensive fortresses, to meet people from other parts of the island to prevent extreme inbreeding, as sanctuaries or for ritual functions and for economic activities, primarily as markets after the harvest, hunts, and sowing seasons.

The Pre-Talaiotic era (2500-1400BC) has not left much in the way of homestead sites but has been liberal in leaving behind burial sites such as both natural and manmade caves (hypogea) as well as graveyards with dolmens, a single chamber monolithic tomb usually comprised of two or more vertical megaliths supporting a giant flat horizontal “roof”. Many of these sites pre-date the organised society termed “pre-talaiotic” but are nonetheless part of this culture’s history.

Talaiotic society reigned on the island from 1300-123BC. During this period a wealth of magnificent monuments were constructed, and they are what has come to be called talaiots - stone structures built without the use of mortar, following a general floor plan including a central chamber, an entryway, and one or more columns to support the stone roof.

The most impressive sites are as follows.

The site known as Son Real, located about 2km from Can Picafort, is one of the most extraordinary among the early grave sites as it was a large, well-organised cemetery almost in the modern sense. It is unique to Mallorca, and indeed to all of Spain and the Western Mediterranean.

Many of the roughly 130 graves harbouring about 400 bodies appear to be the final resting spots for the good and the great of the era. Remains of jewellery, metal utensils, pottery, musical instruments and food are present, indicating that the site was used for aristocracy, as the average peasant didn’t have the luxury of giving these valuable items to their dead.

The age of the graves can be deduced by the form they take. Circular ones are the most ancient and date from about the 7thcentury BC, the naviform or horseshoe shaped ones date from the 5thcentury BC, and the square or rectangular ones are from the 4th to the 1st centuries BC. Without doubt, this place was intended to impress. At 1000 m², it was a vast swath of real estate, with sea views to die for… no pun intended.

You have to walk to the actual site, but it's a pleasant stroll and takes no more than about half hour from Can Picafort or the Son Real Estate. 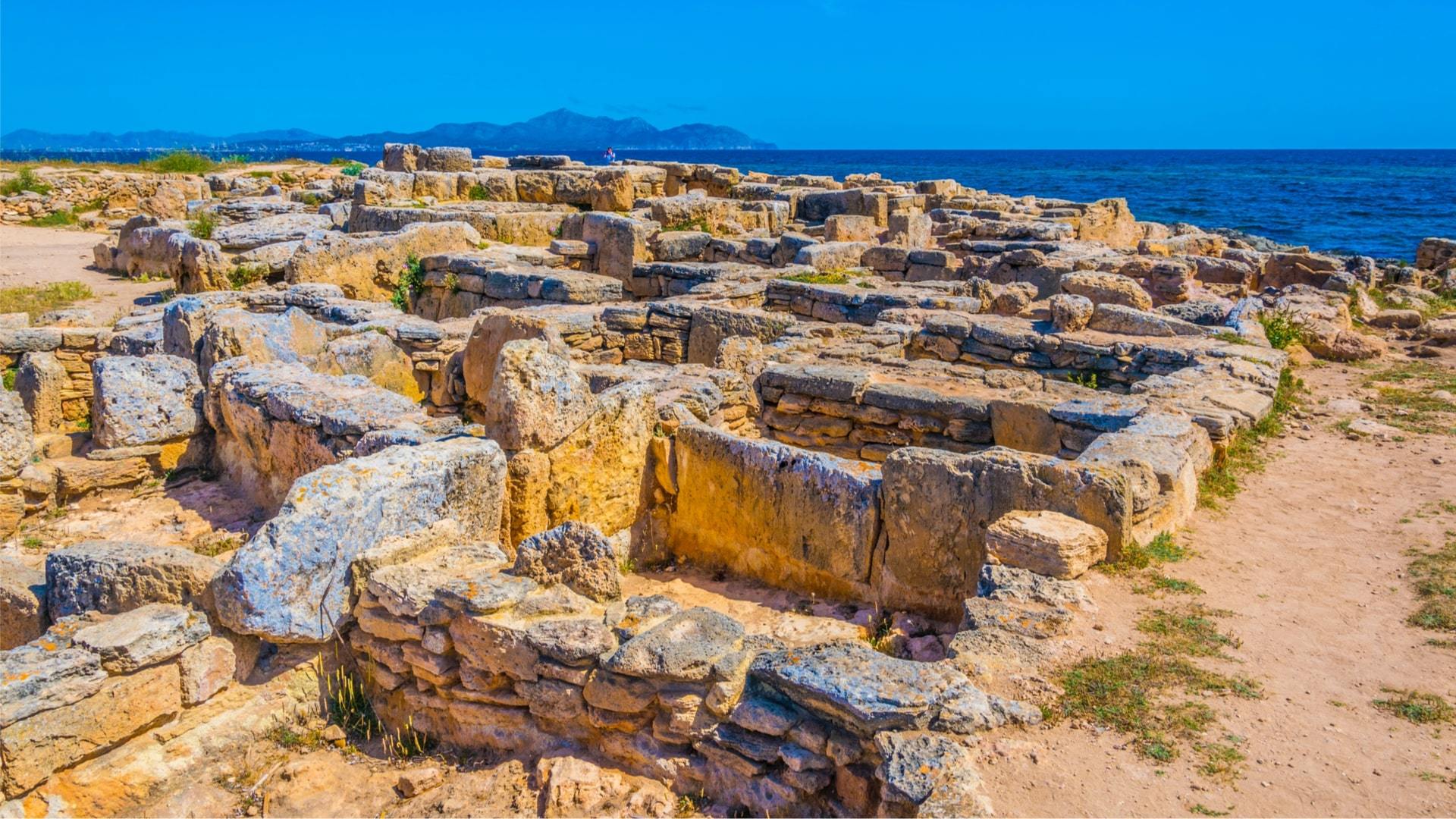 The Son Fornés Archaeological Site (Arqueòlogic de Son Fornes) is located 2.5 km northwest of the town of Montuïri, at km 4.5 of the local road leading to Pina (MA-3200). Its access is very easy, as it is 5 minutes from the main road that connects Palma and Manacor. You could miss the entrance because it looks like private land.

To learn about pre-history on the island, this site's website is full of interesting details in 14 languages.
Click here to learn much more before your trip >>. Son Fornes Museum 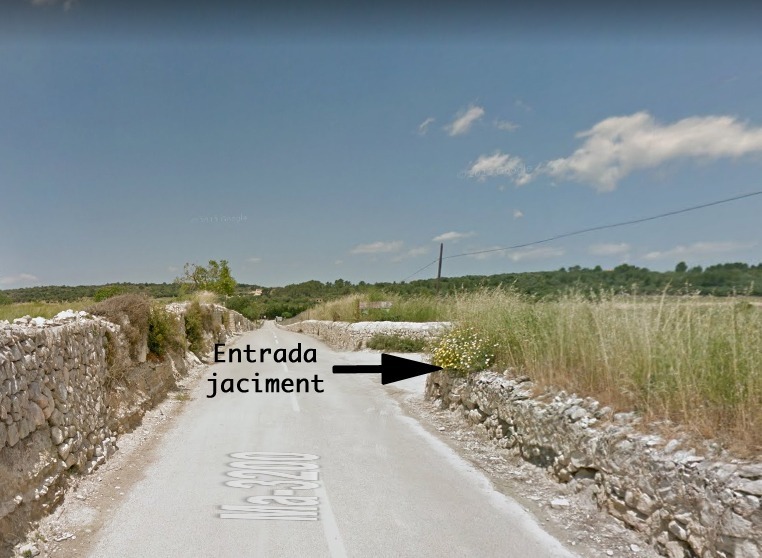 Just east of the Necropolis of Son Real is Sa Coveta, a pre-talaiotic burial chamber. Irregularly shaped, the dolmen is missing its capstones, as all the dolmens of the island are. The gravesite was created as a collective burial site, not solely housing one person.

Location: Near Can Picafort

Located on a tiny island just off the coast the “Islet of Wild Leeks” is covered in its namesake vegetable, and houses 285 dearly departed in a necropolis built there in the 4th century BC, though the place had been used for funerary purposes since around the 7thcentury BC. Of great historical and archaeological importance, the site contains three large collective graves carved out of the rock where the bodies of those who had passed were cremated and buried. There is evidence the Islet was used for burials as late as the medieval period, but most activity far pre-dates this.

Location: 65 metres from the coastline harbouring Son Real in the Bay of Alcúdia

First rediscovered and excavated back in 1918, this site near Llucmajor is one of the most extensive and best-preserved of the known talaiotic villages on Mallorca. At a vast 6,000 m², it is comprised of two square and three circular talaiots, one having a second story. In 1946, it was included in Spain's list of historical-artistic monuments established to protect the cultural heritage of the country in 1931.

Unlike most talaiotic settlements, this location was known to be populated well into the medieval period, and little had changed from the earliest days. No one knows for sure, but some experts suggest that Capocorb Vell was not the actual settlement, but a ceremonial centre, with the houses lying about 100 metres to the southwest. 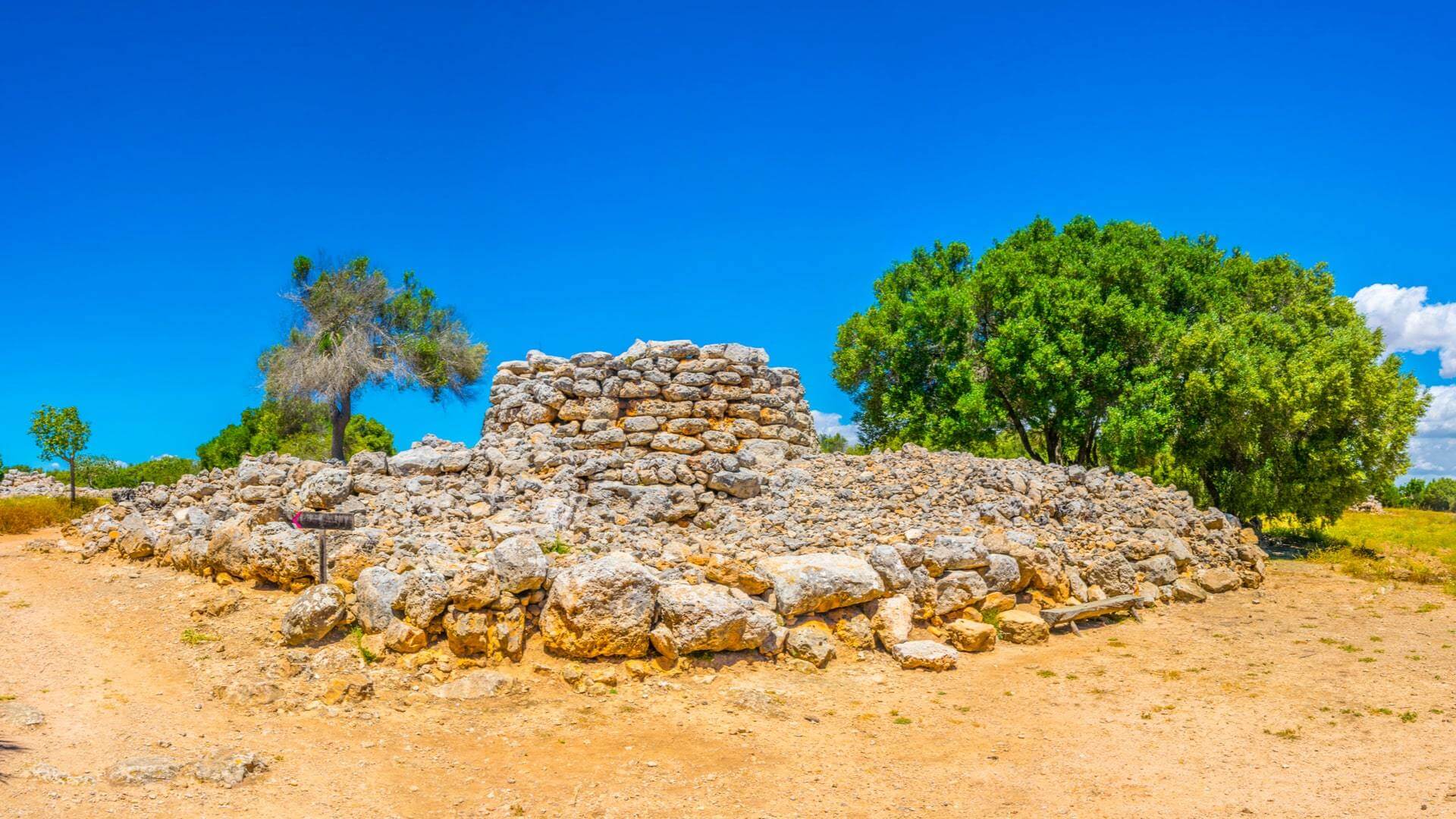 Despite being partially overwhelmed by huge oak trees, making it impossible to visit the entire site, this site in Artà is still one of the island’s most important and impressive prehistoric settlements, dating back to about 1000BC. The village is elliptical in shape, and covers a stunning 13,500m2 with a massive 374 metre wall encircling it and an exquisite view of the countryside.

It is theorised the original purpose was as a territorial marker, given that the oldest structure is a tower 12 metres in diameter. Today it still stands 4 metres high but was surely grander back in the day. There are heavy stone steps within the thick walls but sadly, the central column no longer exists. There is an adjoining chamber, built in the hypostyle way, meaning that the roof was supported exclusively by pillars, without the use of arches, and there are three short columns in the room’s centre, with seven others built into the walls. It is also in the naviform shape that is often associated with these structures.

A second naviform chamber is attached to the central area but is thought to have been added later (500-123BC). This chamber revealed bones, several hearths, ceramics, and iron tools, and a burial site was also found.

A series of kidney-shaped rooms are huddled together on the south side, and there is evidence of other buildings which have yet to be excavated. Three known entryways allow access through the perimeter walls, though more might be disclosed in future. As much of the site has not yet been excavated due to overgrowth, archaeologists hope to uncover many more of its secrets.

Spread over two huge estates, this site features four circular talaiots forming a direct line from northeast to southwest, similar to Capocorb Vell. The site is reputed to have been part prehistoric housing project, part sanctuary.

The first structures happened upon are three naviform houses in a 60 m² site, where several families and their livestock would have resided. A pipe running from one of the huts has caused speculation about running water, but the jury is still out on that theory. Further on is the lovely "Claper des Dimoni" site, home to four round talaiots, a burial mound, and several chambers that run for nearly a kilometre, bordering the Son Ferandell estate.

One more talaiot is on a hilltop, looking directly onto the Verger fountain, and the last one also opens to a water source, highlighting the villagers' reverence for water. Scattered between and amongst them are the ruins of other buildings. We can only speculate on which purposes they served, but archaeologist assume they might have been used for rituals or possibly as work stations.

An Exciting Day Out #

There are many other sites worth visiting, this is just a sampling of what is out there to explore the history of our wonderful island home and discover how its people lived here in prehistoric times.