Easter is the most important event in the Spanish religious calendar. In “normal” years not plagued by the coronavirus, all over Spain, including Mallorca, solemn and dignified processions would take place during Holy Week. Crowds would gather in the streets to watch the processions, and although it is a solemn occasion, after the procession has passed, the mood would lighten and people congregate in the local bars and restaurants for tapas and drinks or dinner. Although Easter cannot be celebrated in the usual way, we can still remember and look forward to next year when we will most certainly be back on the streets watching the processions and celebrate together. Read about age-old Easter traditions on Mallorcan traditions, that might be postponed for a year, but by no means abolished:

Holy Week known as ‘Semana Santa’ starts on Palm Sunday with the blessing of palms and bunches of olive branches which are taken home by the parishioners and kept on display often on doors or balcony railings. Processions are held in all major towns on the island, the largest one taking place in Palma on Holy Thursday and Good Friday.

Each brotherhood taking part has its own colour of costume and in addition to the penitents there are women dressed in black with traditional mantillas (lace veils), people representing crusaders, Romans, and other biblical characters. Spectacular floats with life-sized figures depicting religious scenes, and many venerated holy statues decorated with candles and fresh flowers are carried or wheeled. Marching bands of brass and drums play mournful music, although some processions take place in total silence, broken from time to time by a spontaneous ‘saeta’, a haunting lament sung by someone in the crowd or on a balcony.

Removal from the Cross #

It is worth mentioning that in some Mallorcan towns there is a somewhat different tradition on the evening of Good Friday which dates back to medieval times and is known as the ´Davallament de Sa Creu’ - the Removal from the Cross. It is particularly impressive and moving in the town of Pollensa where a precious statue of Jesus Christ is ceremonially removed from the cross located at the top of the hill known as El Calvari and carried in silence by a torchlit procession down 365 steps which are flanked on both sides by 14 three-metre high crosses each representing a station of the cross.

Theatrical representations of the Passion of Christ and the Holy Burial also take place in several locations on Mallorca, but in particular at Palma Cathedral on Good Friday. 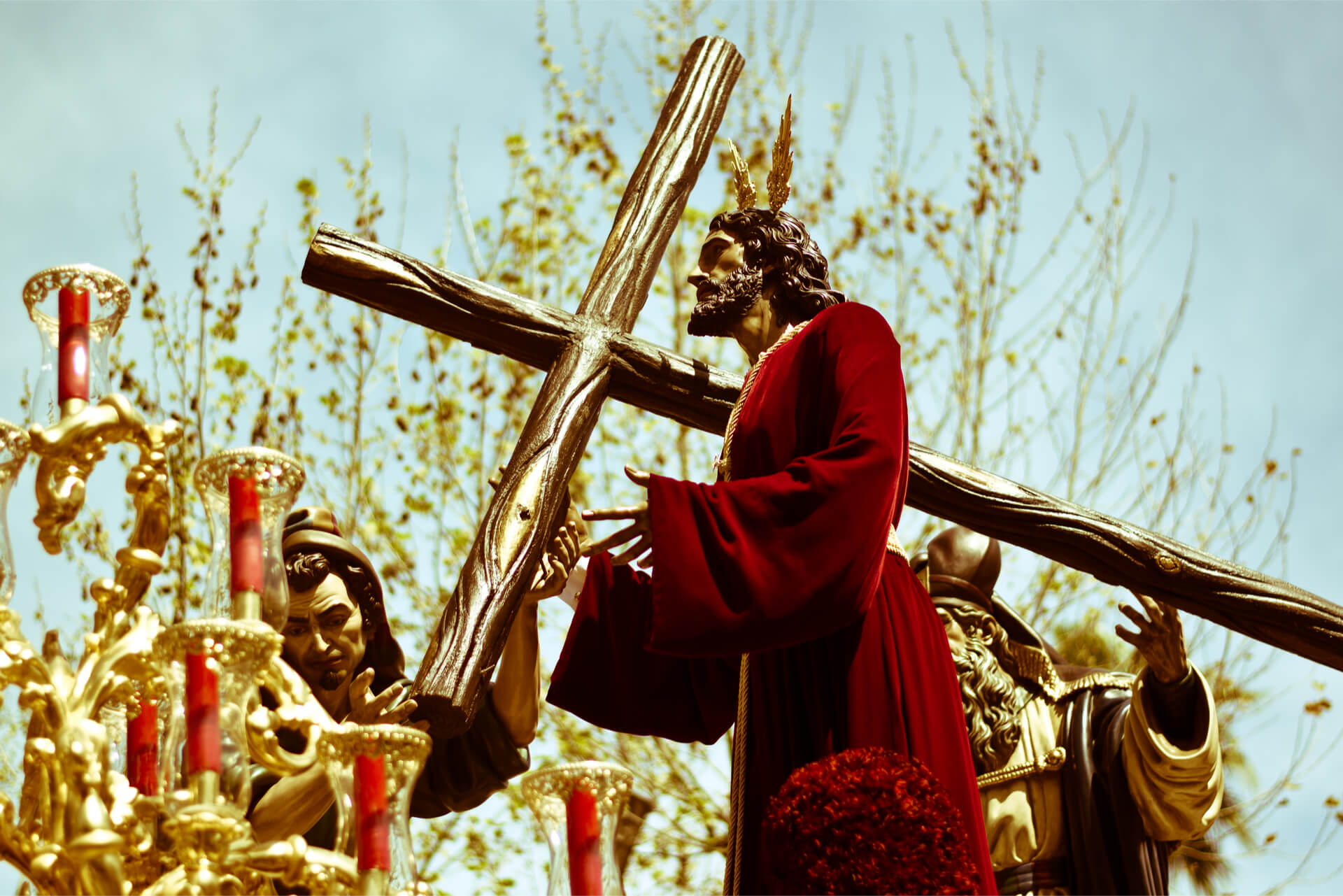 There are several Mallorcan gastronomic specialities which are associated with Easter, in particular ‘panades’ - pies with fillings of meat and peas, ‘rubiols’ which are half-moon shaped pastries with sweet fillings, and cookies called ‘crespells’. On Easter Sunday, the joyful procession of the ‘Reencuentro’ takes place. It represents the reunion between the resurrected Jesus Christ with his mother, the Virgin Mary. Statues of Jesus carried by men, and Mary carried by women, are brought together with Mary bobbing up and down for joy at seeing her son again.

In Palma, members of the Spanish royal family are often to be seen amongst the throng of spectators during the processions and at the Cathedral for the Easter Sunday Mass.

After Easter Sunday there is one more tradition which usually takes place either on the following Sunday or on Easter Monday and that is ‘Pancaritat’ - which literally means bread charity. Many decades ago bread would have been given to the poor on this day, but now the main focus is on a pilgrimage to a local shrine or landmark, and a picnic accompanied by music and folk dancing and activities for children. In Palma it is called Angel Sunday and it is held at the Castle of Belver on the Sunday after Easter. 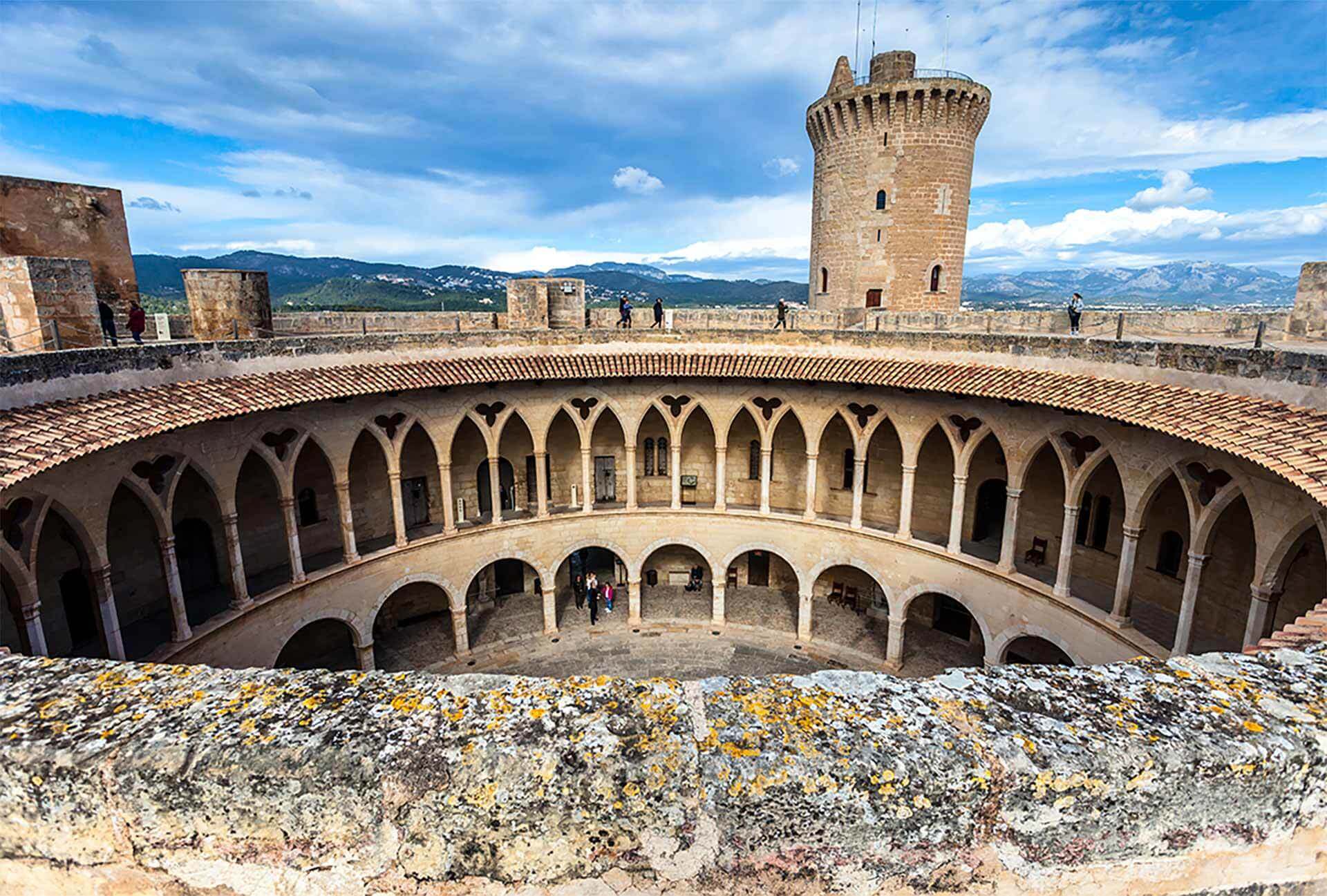 It’s not unusual for visitors from North America and Northern Europe to be rather disconcerted, however, when they see that many of the people taking part in these processions are apparently dressed up to look like members of the Ku Klux Klan!

Why, they may ask themselves, would such as symbol of bigotry, racism and violence be incorporated into an otherwise peaceful and sombre religious event?

Well, the answer is that the ‘capirote’, the pointed hat with fabric covering the face of the wearer, was around long before the Ku Klux Klan came into existence. It originated at the time of the Spanish Inquisition in the 15th century when those condemned by the tribunals of the Catholic church were made to wear a similar head covering.

Because of its penitential significance it was adopted in the 17th century by the ‘cofradias’, religious brotherhoods whose members take part in the religious processions, with the fabric which falls over the face and shoulders serving to hide the face and preserve the identity of the penitent.

Going back to the Ku Klux Klan, it seems that the pointed hat was just one of the costumes used by them when the organisation first started in the southern states of the U.S.A. in the 1860s. They may have got the idea from Mexico which having been a Spanish colony, also used the capirote in its religious processions. The 1915 film ‘The Birth of a Nation’ further popularised the white pointed hat, the face covering and robe, and it was adopted as the standardised uniform, sales of which became the main source of funding for the KKK at that time. 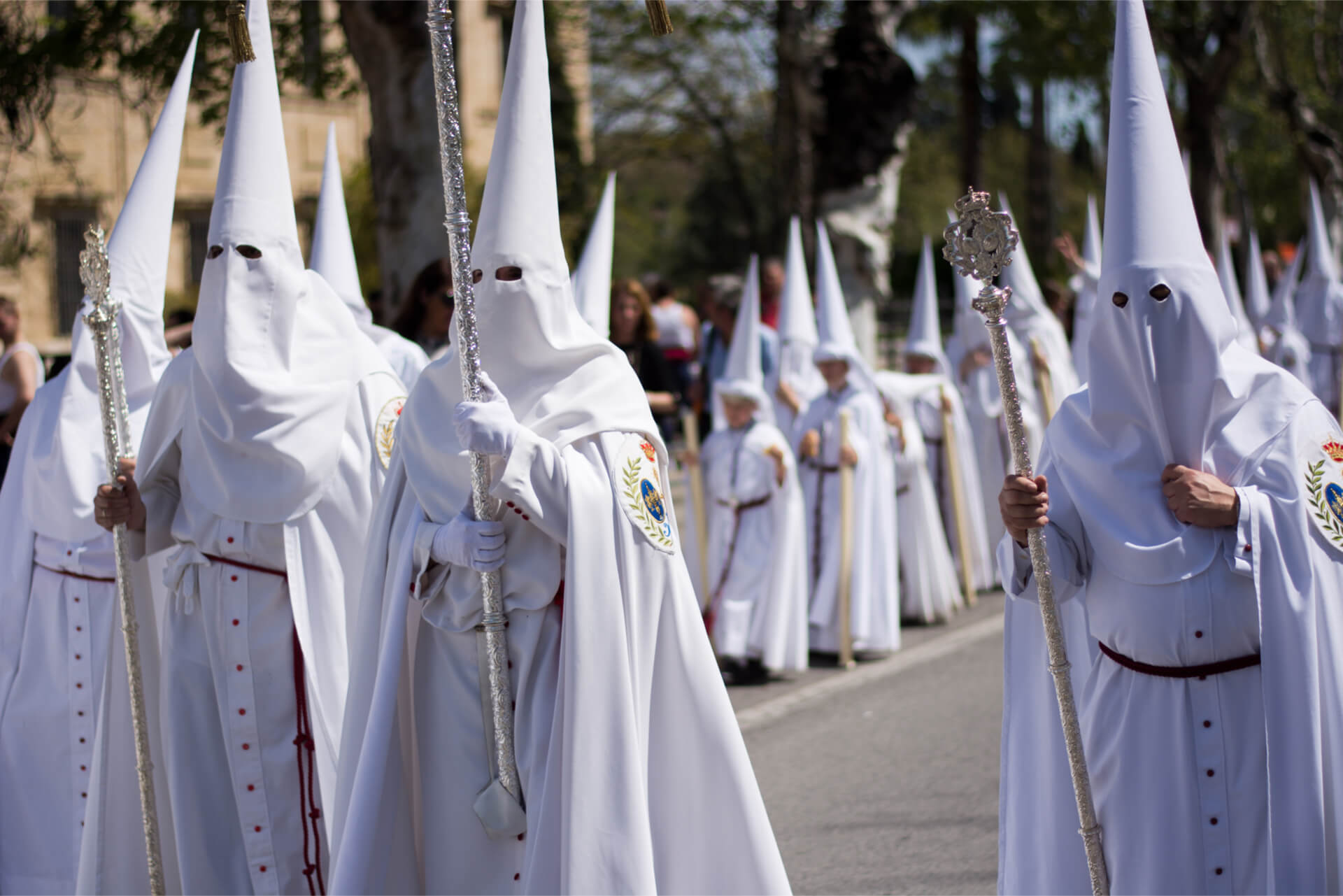 A Brief Processional in Palma. This is an annual tradition in every major village and town. 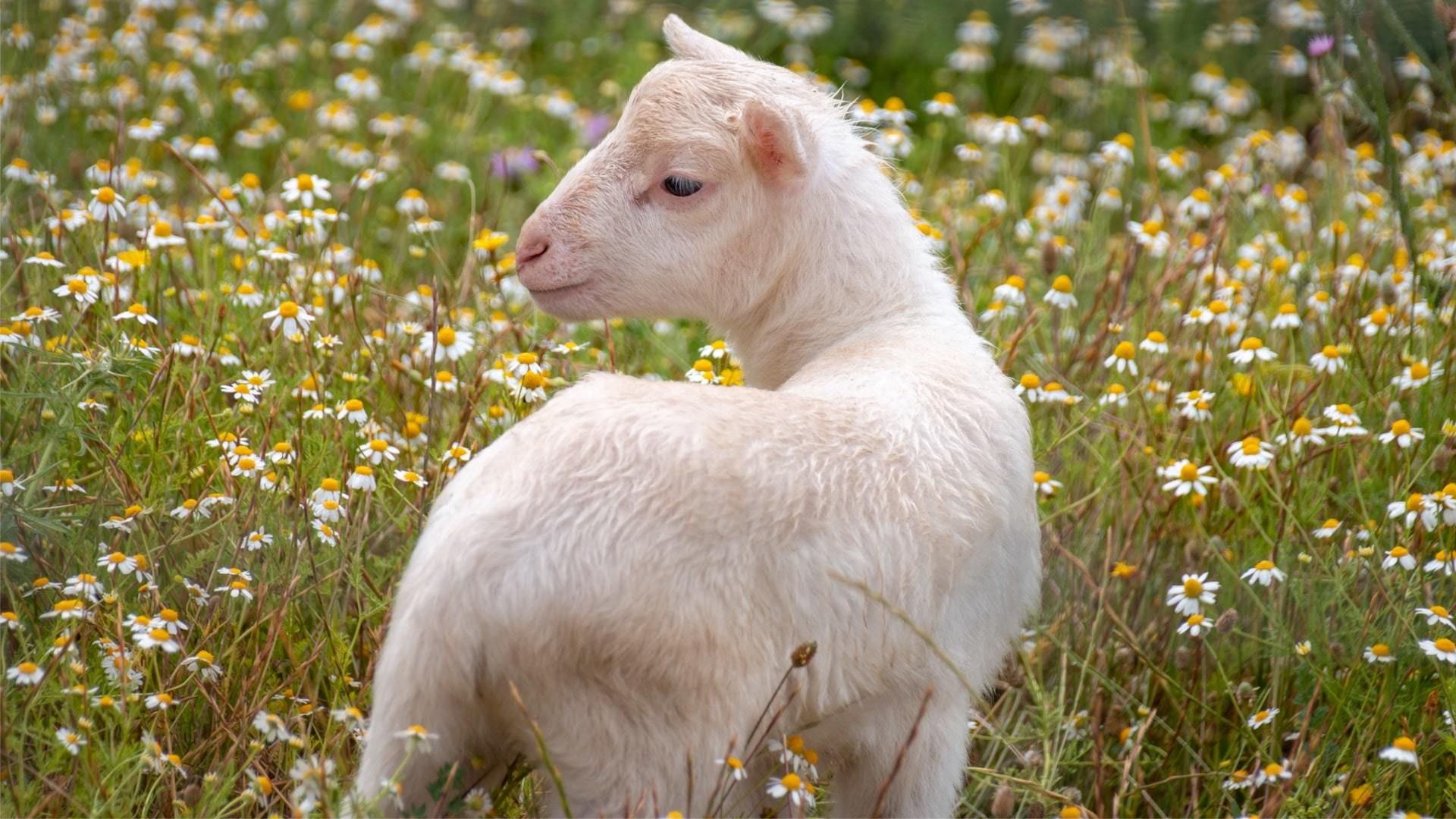