“Put music to our troubles and we’ll dance them away.” – Me Without You “The Ghost”

Native Mallorcan music and dance had a rough patch for many years. The Franco era and the early days of mass tourism saw a general trend toward the suppression of all things traditional and local in favour of options with a more recognisable, and centrist, Spanish flair.

Happily, old El Caudillo is long gone, many locals have found back to their cultural roots and the tourist of today wants more authentic experiences, including getting a taste of what indigenous music and dance are all about.

Mallorca’s long and rich history provides us with some fascinating, beautiful and even sometimes rather bawdy, song and dance selections. You get a good taste of the musical traditions by visiting the many village fiestas, especially in summertime. Affordable Mallorca will take you on a musical tour of the island giving you a taste of how the locals entertain themselves, and perhaps inspiring you to join in. 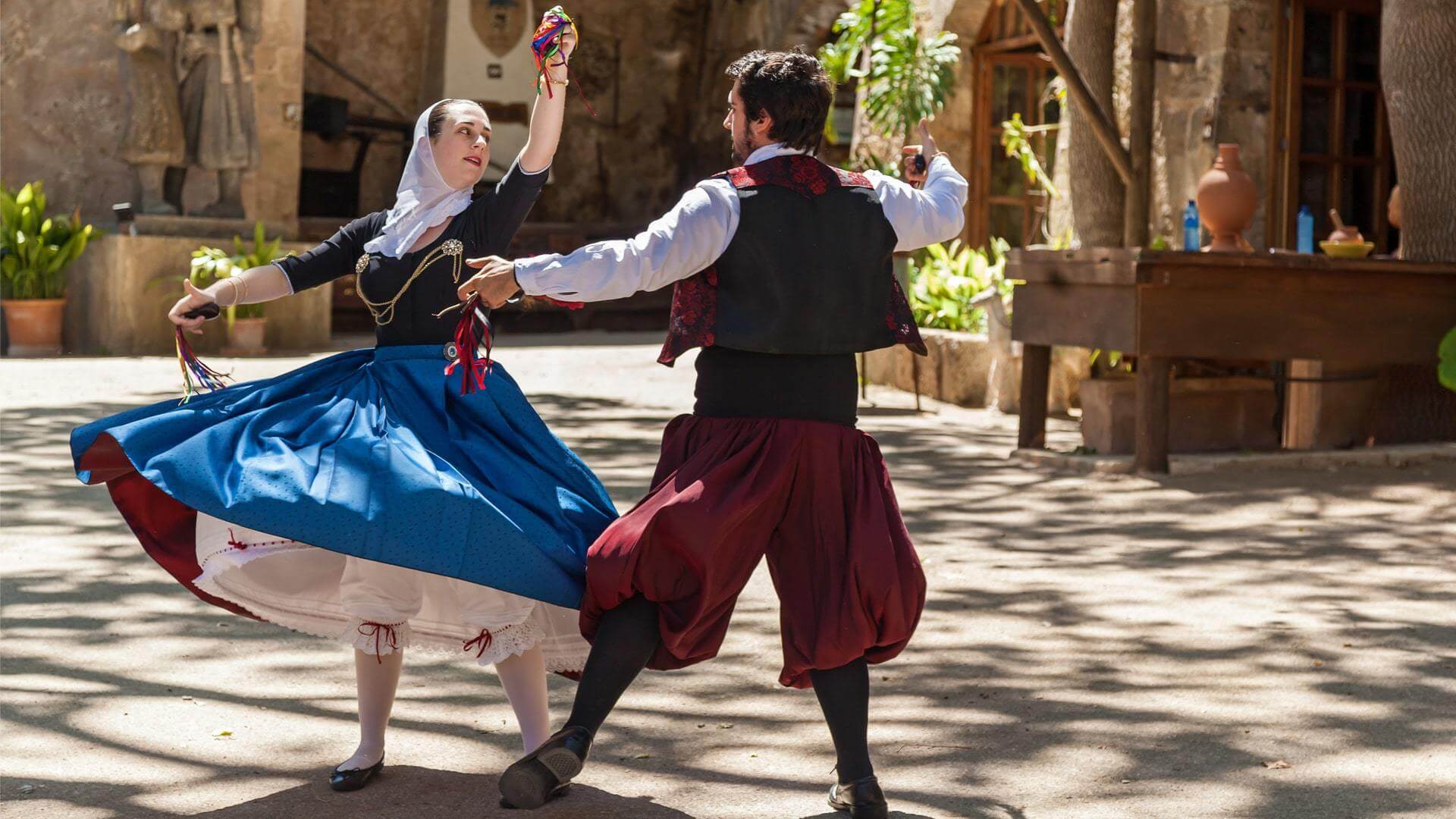 Two key instruments are used to create the typical sound of Mallorca:

One is the Ximbomba, a sort of friction drum with a rod lodged in the centre and where, by running your hand up and down the cane rod, different sounds are made. The first obvious thing you notice is that it’s all rather suggestive. Couple this with the songs usually accompanying it, which tend toward the raunchier side of things and you have something pretty eye-opening.

And then there are the Xeremies, a kind of bagpipe with a bright and piercing sound, which were assumedly brought over to the island by the Catalans. Xeremies are typically played as part of an ensemble along with two other local instruments, the flabiol (part of the flute family) and a tambor (a small hand-held drum), making up what is called a mitja cobla or colla. The person who plays the tamboralso usually plays the flabiol, making the ensemble a two-person show. The tunes have the essence of medieval minstrels and are still played at many village festivals and events.

Click the photo to see friends playing with makeshift instruments. 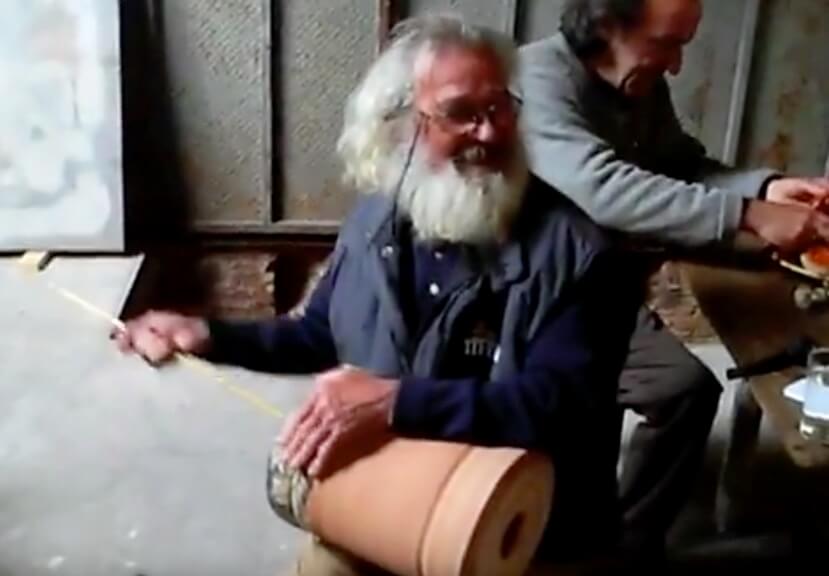 Reaching Way Back in History #

Of course, songs also play a large role, and there are a few that remain part of the local fabric after centuries. One such is the hauntingly beautiful Song of the Sibyl, traditionally sung on Christmas Eve and dating back to medieval times.

Older still is the tradition of dance: It is quite possible the Talaiotic peoples were ritualistic dancers, though no evidence exists today of what those dances may have looked like. For more on Talaiot Settlements, click here >>Talaiots – Explore Mallorca's Archaeological Heritage

A song that reminds us of ancient times. 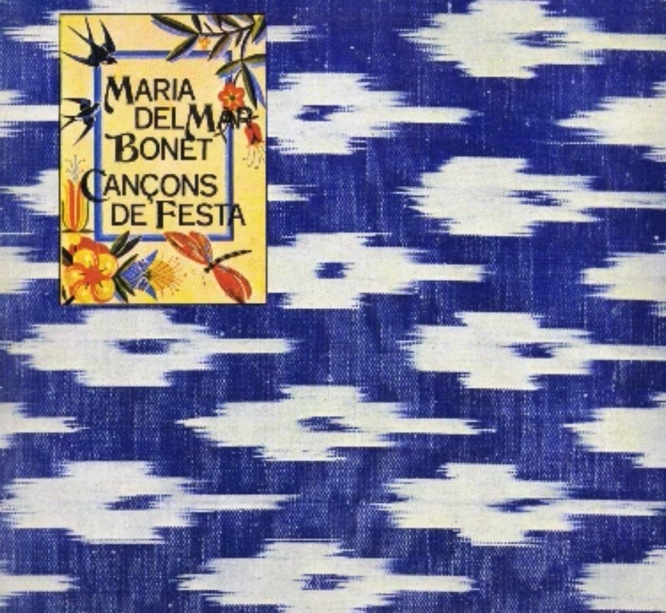 By the 12th and 13th centuries, a dance craze brought to the island by the upper crust called the Ball de Bot quickly caught on with the rest of the population and is still performed at regional festivals today.

The Ball de Bot is actually a series of several different dances:

The xiremia and the ximbomba are important instruments for the musical accompaniment to these dances, but guitar and kettle drums are also regularly used.

The Ball des Cossiers is another, and probably the most popular, traditional dance. This one was brought from Catalonia in the 13th or 14th century. It is made up of a small cast of “characters”; the Lady, the Devil and the Cossiers, who are charged with protecting the Lady from the Devil and his wicked ways.

The Cossiers are comprised of three pairs of male dancers. The dance is performed with the men in a circle and the Lady, who is meant to be the embodiment of goodness, in the centre, though some more solemn renditions don’t adhere to this tradition. The Devil tries to sabotage the dance with his mischief, often by doing cheeky things that add a good dose of humour to the proceedings.

It has been an ongoing tradition in Algaida and Montuïri, with people travelling from all over the island to see the dance in late July each year. Revivals have also occurred in Palma, Alaró, Manacor and Pollença. Musically, it is accompanied by flutes and tambourines.

Filmed in Algaida, this is a great example of what you'll see if you join the festivities. 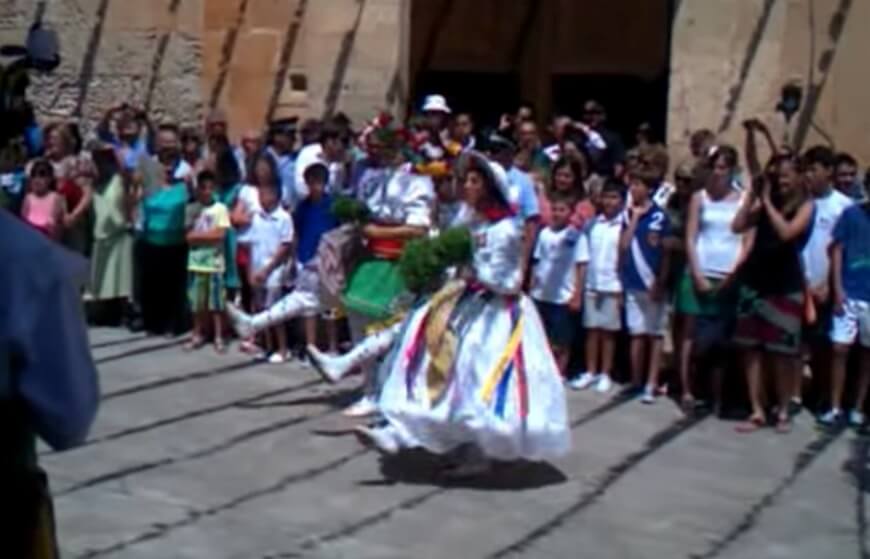 Another spectacular, though some say rather terrifying, Catalán tradition involving dance on Mallorca is called Correfoc. This is more of a run… a fire run to be precise…than an actual organised dance. On January 21st of each year, what normally are ordinary citizens dress up as demons and monsters and take to the streets with fireworks encrusted pitchforks, or fire spewing from their mouths, setting off pyrotechnics as they dance past the crowds.

To an outsider this might sound like the ultimate health and safety nightmare, to locals it is a reasonably harmless event, where protective clothing are worn to minimise minor burns and singed hair.

Originally, this was a sort of medieval street theatre that got scooped up by the Catholic Church who performed this ritual for religious occasions. It fizzled out for a while, before regaining popularity in the 1980’s and 90’s. 30,000 spectators attended last year in Palma and over 450 participated directly in the act. 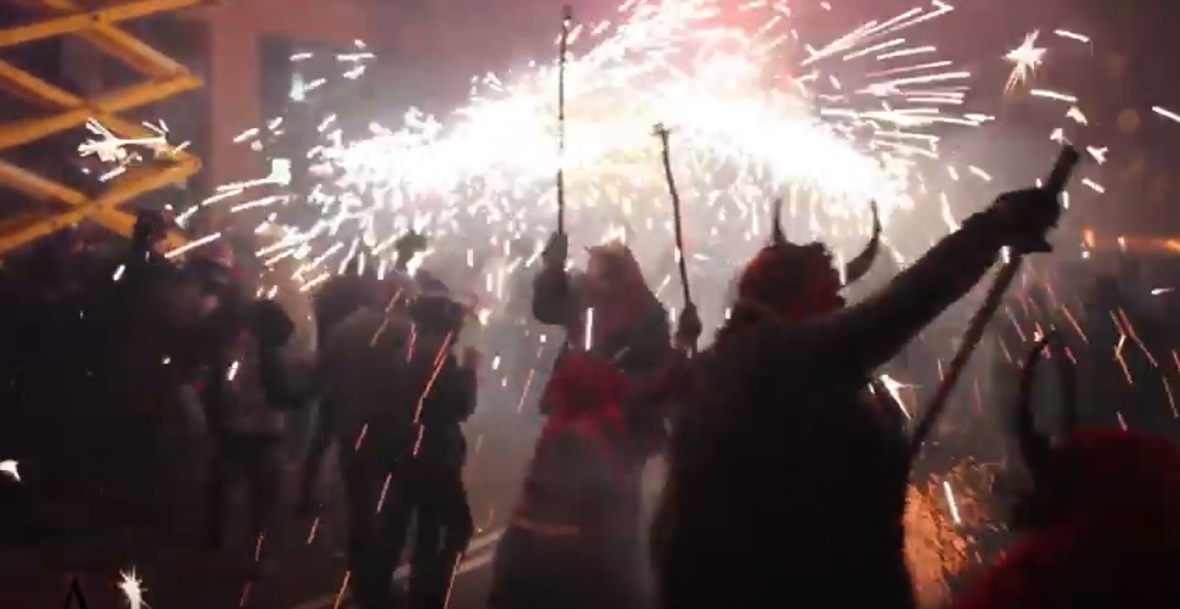 In addition to these time-honoured dances, many townspeople and villagers perform dances which to my American eye look a lot like line dancing but are far less repetitive and far more involved.

In Binissalem over the summer for example, we went to their big fiesta where tables filled the square and the town came out en masse to eat and drink under the stars. Around 10 p.m., a section was cleared and about 75 people, from kids right on up to oldsters got up and did a series of dances perfectly in sync with each other. This wasn’t just a song or two, it was ten or more. Many sounded like they were Spanish songs from the 1940’s or 50’s and had the elegant charm of that era. The dances, on the other hand, were decidedly more modern, at least to my untrained eye, and it was mesmerising. We stayed and watched until the end, when the local lothario got up and started crooning to the adoring 70-80 year old set. The night was unforgettable, primarily due to the amazing dances.

I have heard several such stories, from many different villages and there is something about passing dance on from generation to generation that made me feel slightly melancholy at my expat status and not having those kinds of roots in a community. 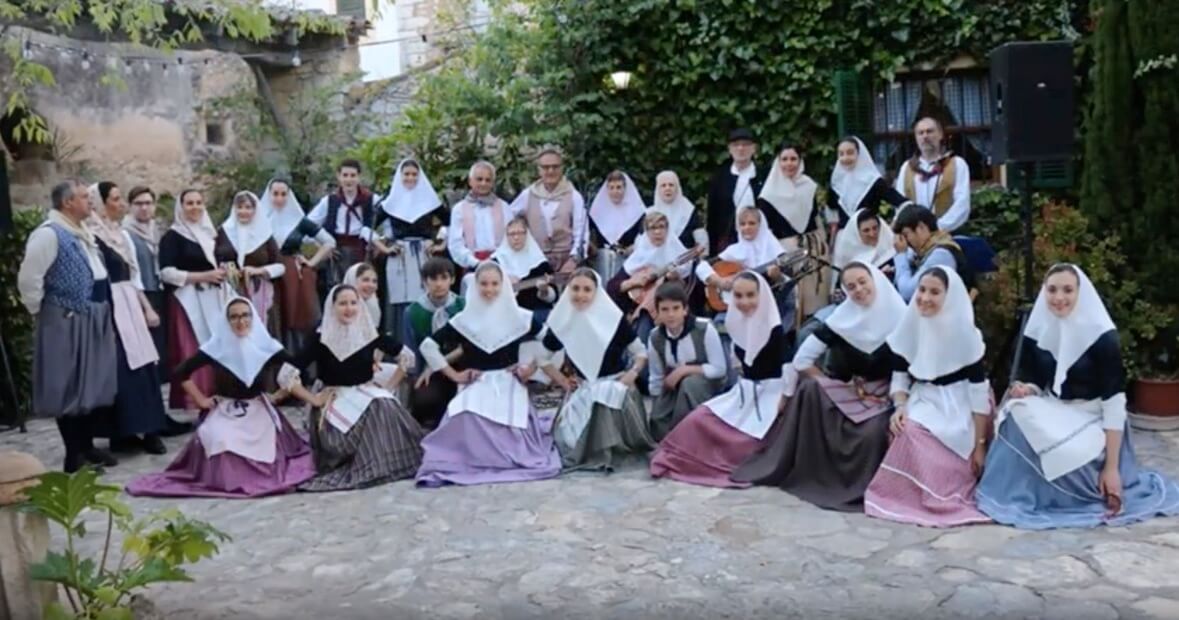 Music and dance are so primal and so much a part of our lives and cultures, but they also are part of our collective well-being. Dance is a feel good pill. It’s hard to frown when you’re shaking your tail feathers, whilst music evokes emotions, both happy and sad, touching hearts and minds alike.

The music of Mallorca has a specialness all its own, and is actively being preserved by locals who are ensuring generations to come will have this music and dance to love and enjoy.