Narrow, twisting streets. Church situated in a square. Windmills. Any of this sound familiar? It should, as it could be describing any of dozens of Mallorcan villages.

But as typical as the village is on paper, the rural village of Algaida has its own special flair! 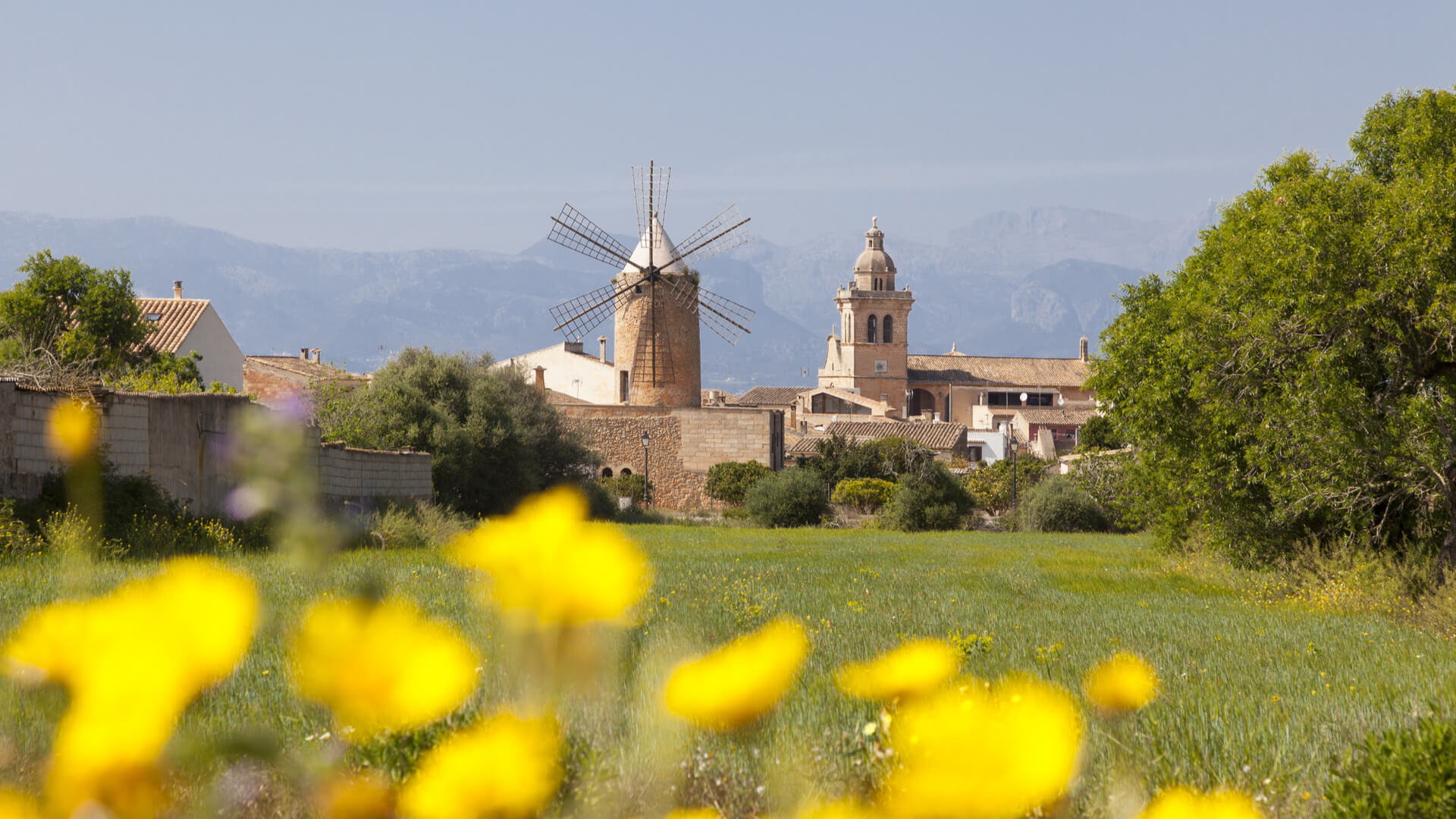 Finding Algaida is easy. The village lies about 20 kilometres east of Palma Airport, with direct motorway access from the Ma-15. You can also access with regular bus service to and from the village.

Arabic for “the base,” Algaida’s long recorded history begins in 1232. As with many Mallorcan towns, you’ll see remnants of Talaiotic settlements in and around the village dating as far back as 1400 BC. Originally, the entire two was made up of two separate farmsteads. In the late 13th Century, the Catalans conquered the area and built a church.

Algaida remained an agricultural centre for centuries until the mid-20th century, when tourism took over as the primary industry for the island. Today, you can have a glimpse at traditional life when cycling, driving or hiking this entire area from Pina to the West, through Randa up the mountain to Santauri de Cura and east to Llucmajor. This area offers the most traditional culture, beautiful views and authentic life of the island. 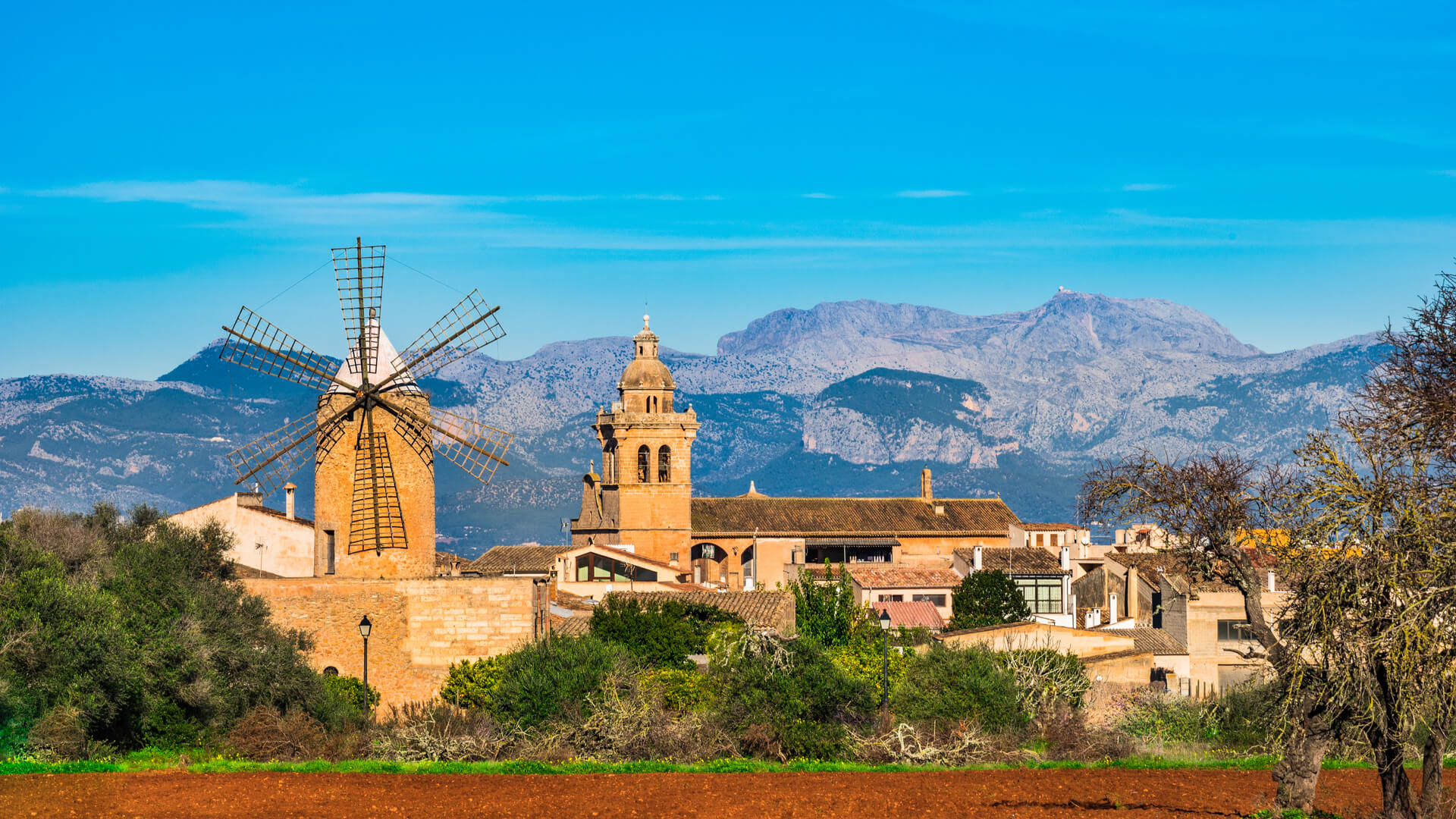 Algaida is one of the most traditional, authentic villages, mostly populated by generational Mallorquins. You will not find many Germans or Brits here. Whether you frequent the Hostal d’Algaida for breakfast or have a traditional (and delicious) Sunday meal at Es 4 Vents, you’ll might see a few famous Mallorquins like the composer Joan Valent.

The town is noted for its many windmills, which prettily dot the skyline. Mainly 18th and 19thcentury structures, some are still in fine condition and are quite beautiful examples. Moli d’en Pau, Moli d’en Boi and Moli d’en Xina are amongst the most well-known.

Can Vidrieras Gordiola, owned by the same family since the 18th century, is also a big local attraction. Just off the motorway on the outskirts of town, this castle-like building houses a museum and store, has easy access and exhibits hand-blown glassware. There are glass-blowing demonstrations, a gift shop and interesting displays. The museum and entry are free, and you are welcome to marvel at the vast collections for hours. Buying a vase or trinket from Gordiola is a greatkeepsake from the island if you’re visiting and, if you live on the island, a great way to add to your collection of local crafts.

Just a short (less than 10 minute) drive away is Randa where you can find the monasteries of the Puig de Randa, which includes the famous Santuari de Cura founded by 13th century philosopher, mathematician and monk, Ramón Llull, the Santuari de Sant Honorat and the Santuari de Nuestra Señora de Gracia.

If you want a delicious meal or an affordable place to vacation, check out the Santuari de Cura, the highest of the three famous shrines in this part of the island. The most beautiful vistas from the center of the island that stretch to the Bay of Palma, food that is divine and temperatures that are the coolest on the island in July and August. And the prices are worth the drive. Read our Restaurant Review>>

If you are interested in Churches, you can also visit the Chapel of Mare de Deu de la Pau de Catellitx, which is in Algaida proper.

Algaida has some great options for eating out. Here is a selection:

Open for more than half a century, offers authentic Mallorcan cuisine in a family-friendly environment… and while you’re there, don’t forget to try their hierbas!

Serving up local dishes made with produce and livestock from their own farm, it’s a must-see for those interested in farm to table meals! The dining area can accommodate large parties, making it a great place to go with the family.

Limited production organic wines all the hallmark of this lovely estate. They value quality over quantity and have a deep respect for nature, which shows in the exquisite vintages they produce.

Market day in Algaida is Friday. They set themselves apart from the others by having a larger than usual selection of organic produce on hand. Well worth it in the late spring and summer months when everything is in abundance!

This area is a mecca for cyclists and walkers. The Puig de Randa not only has three famous monasteries that are but also is a fantastic place to climb, whether by foot or on a bike. 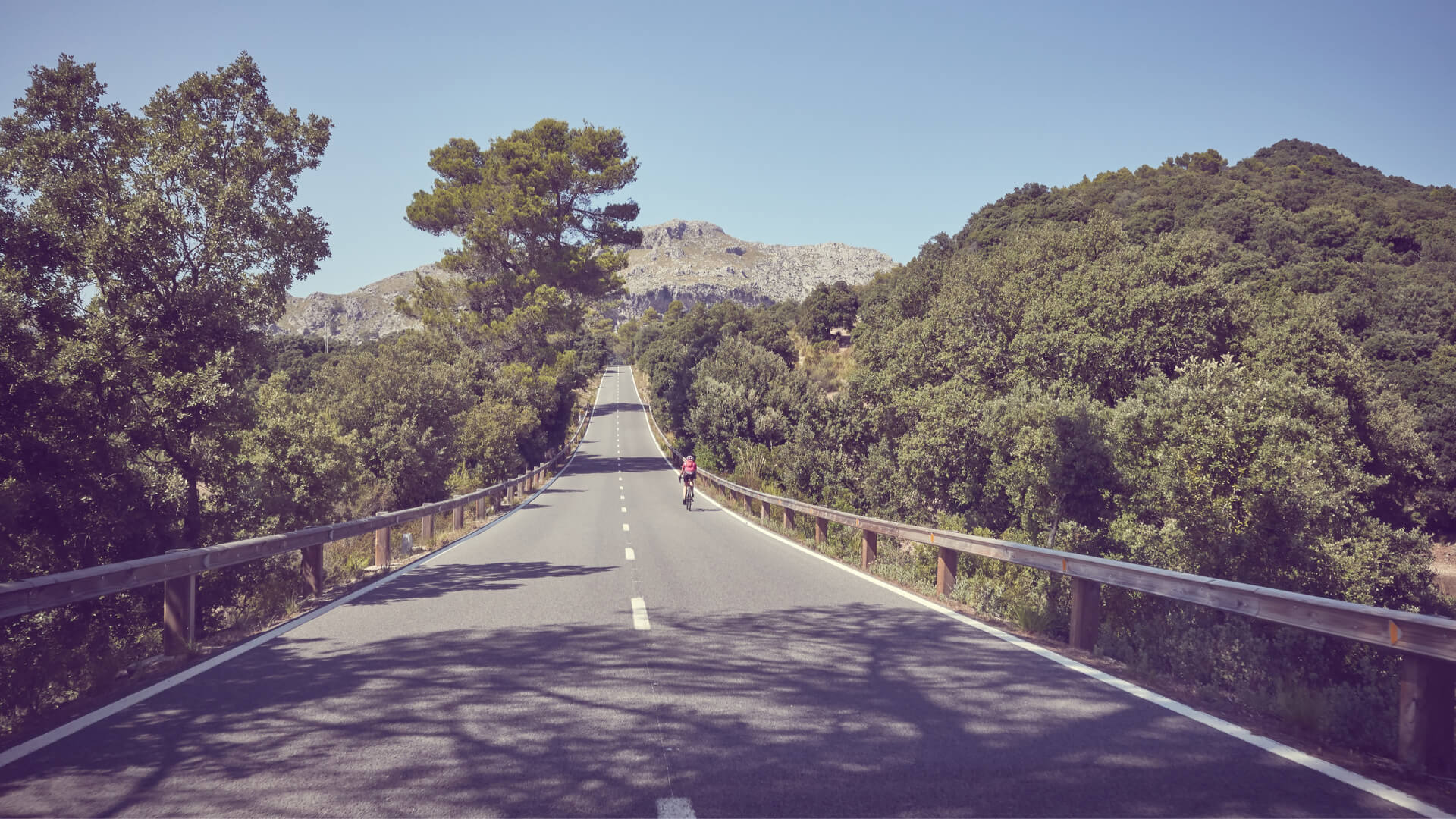 The end of July is a very busy time in Algaida. The village celebrates its patron saint, Sant Jaume, and there is something for everyone… theatre, religious ceremonies, kid’s entertainment, dances, parties in street, fireworks, you name it! The 24th is a particularly special day, as you can watch the dance of the Cossiers. This 14th century traditional dance has three men and three women dressed in white with brightly coloured accessories and a mirror. The devil accompanies them as they dance, attempting to sabotage the celebration, and his antics are great fun to watch.

Mainly a residential village, this area is popular with local and the international crowd alike. Its easy access to and from Palma makes it particularly attractive. As a result, the townhouses and flats are in the €300,000+ range. In general, if you can find a finca, you’ll pay millions. Still you can find deals here, you just need to keep a good eye on this vibrant market.

This adorable village is well situated and well established. It’s a good place for families, and you can’t beat the location and beauty of the area!

Toutatis - A Taste Of Belgium