I believe in fairies, myths, dragons. It all exists...even if it’s in your mind. ~ John Lennon

Mallorca is an ancient place. And as is the case with many ancient places, it is filled with legends about people, places and things that have long since ceased to be or to be believed. But belief is a strong thing, one many would be lost without. So when hearing old tales, don’t dismiss them out of hand. Remember they were part of the foundations that built the people of this island into what they are today.

Affordable Mallorca would like to share with you some of the myths and stories from the Mallorca of a bygone time. Read on and decide for yourself what you think… 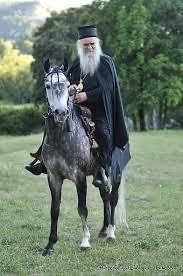 This story is particularly interesting because, though it cannot be verified as a true event, there are explanations that are plausible as to why the outcome of the story is as it is. And there are others who claim to feel an eerie presence in mid-morning or sunset hours that send chills down the spine:

“In a village near Inca lived a young maiden so beautiful, she was the object of every man’s desire for miles around. Her jealous lover, unable to cope with the endless attention lavished on his beloved, suggested they visit the Sanctuary of Lluc, where the girl often visited to pray to the statue of the Virgin and where he hoped to rid himself of this awful heart-sickness.

The pair set out at dawn and by the time they reached the gorge of Es Grau, they were tired and so stopped for a rest. As the girl peered over the edge, taking in the amazing scenery, her lover became momentarily overwrought and pushed his love off the cliff. He heard her cries as she fell into the canyon, to a most certain death. When the cries stopped, the man began to walk home. With every step, his remorse grew heavier, so he turned tail and went up to the Sanctuary to beg for forgiveness for his dastardly act.

When he arrived, he found the young woman praying at the foot of the Virgin. Stunned, he ran to her and threw his arms around her, begging her to forgive him. She hugged him back and told him that she did, indeed, forgive him. The Virgin herself levitated in front of them, to show her approval. The happy couple returned home and lived out their days in harmony and never again was the man jealous of his love’s great beauty.”

There are pagan versions of the story that tell of a winged deity who saved the falling girl from the fall, leaving her near the mouth of a cave that was protected and venerated for centuries after.

There are also versions which explain, quite rationally, that due to the presence of a leafy grove of trees under the cliff from which she was pushed, her fall was broken, leaving her very much alive. To thank the Virgin for her protection, she carried on to the Sanctuary, where her love found her praying.

But still, there are those who claim to see a lovely young woman, dressed in a light dress with long golden hair and a pale face crying at the cliff’s edge around sunset. When approached, the figure disappears into thin air, leaving behind a spooky feeling and nothing else.

Between Llucmajor and Algaida, when approaching Llucmajor and after the bell tower to the church becomes visible, if you turn to the right you will see an oddly elongated mountain dotted with pines and made completely of limestone. Upon closer inspection, it would be noted that is mountain is shaped like a pyramid, with the apex rising to 360 meters above sea level. This is Witch’s Peak and it has been the focal point of a rather amusing tale going back centuries:

“Many years ago, the inhabitants of the villages around Witch’s Peak had become the butt of jokes from the surrounding villages. The witches were a cheeky lot, and they periodically swarmed the villages, riding their brooms and creating havoc and scaring children. One day, from the top of the hill, they saw a farmer who was heading home with a loaded cart. It was too much for the mischievous sorceresses to resist, so they mounted their brooms, made themselves invisible and swiftly and silently snuck up on the poor farmer.

One by one the witches landed on the cart, making it so heavy it sank into the dirt. Perplexed, the farmer tried pulling the reins of his donkey harder, which made the naughty witches snigger in delight. All at once, they made themselves seen and raced off, laughter resonating through the valley.

King Jaume I caught word of these imps and decided to take matters in hand. He chose two chaplains and an altar boy to accompany him up the mountain. When the witches spotted the monarch, dressed in armour and riding a fine horse, and the men of God coming, they fled in terror and scattered to the winds. To ensure these occultists stayed gone, the king placed an iron cross on the site where they lived and sure enough, they were never to be seen again.”

This final story is a sea-farer’s tale with a spooky twist.

“In the fifteenth century, Genoese navigators were surprised by a freak storm that threatened to drown them all. The crew swore to the Virgin Mary that if they made it out alive, they would build a chapel to honour her wherever they landed. The storm ceased and the ship made it to shore, and good to their word, the sailors set about carving an altar in a cave where they placed an image of the Virgin. At the end of that century, local artisans built a second altar in the cave, making it an important place of worship, initially for sailors and fishermen, but soon it blossomed into a pilgrimage site.

Sometime later the original image of the Virgin was moved to a chapel in Calvia, where it mysteriously found its way back to the alter the Genoese had built. This happened several times before the locals left it where it was. Finally, in 1866, a new parish church was built in nearby Portals Nous and the locals tried one more time to move the image. This time, it stuck and there she remains to this day.”

Believe It Or Not… #

Being reminded of these old yarns from bygone days is a link to a past where the natural world was less known and imaginations were more active (overactive some may say).

Whether we believe them to be true or not is irrelevant. Knowing that they sprang from what was perceived as true during a time when it was widely thought that witches, spirits and various otherworldly beings shared the earth with us is much more interesting. Maybe at this autumn-y time of year, we should all stop… stop and listen for the shriek in the night or look for the ghostly figure on a lonely mountain road, or the flash of light from somewhere beyond. Even if you don’t believe, it can still be fun to try!

Offer Your Own Stories #

We would love to hear from you. With Halloween through All Saint's Day, the veil is thinner and our connections to the etheric stronger. What happened to you this year? Send us an email to [email protected] and we will try to include your story, giving you full credit of course! If you include a photo, make sure to give us permission to print online. Stay safe!