“Rituals are the formulas by which harmony is restored.” – Terry Tempest Williams

Living abroad can make you feel like a fish out of water. Everything is new, and whilst that is certainly exciting, it can also be a bit intimidating and exhausting.

Experts agree one of the most important things newbies can do to make the transition less stressful is to quickly establish routines and make a point of employing rituals from your former life into your new one.

The key is to be flexible and manage expectations. It’s NOT going to be exactly like it was at home and sometimes you’ve got to make sacrifices or adjustments. Roll with it and all will be ok! 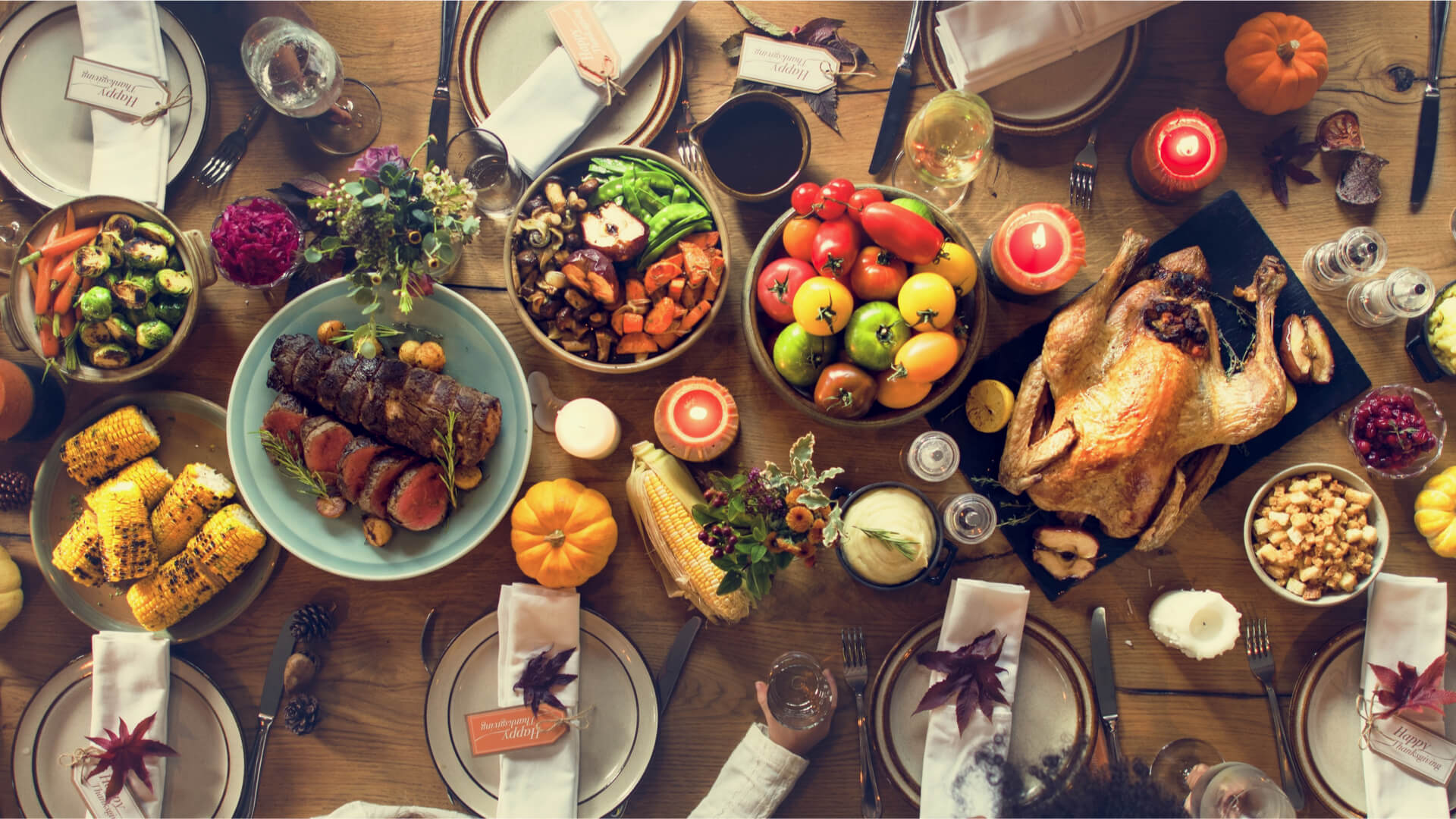 This strategy has worked for me and my family in each of our international moves. For example, wherever we are, we make a point of throwing a big Thanksgiving dinner party. The look of the party has varied depending on where we were living, but the core remained the same… turkey, stuffing, pumpkin pie and cranberry sauce for the people in our lives we cared for and wanted to share this special day with.

Of course, it rarely went to plan.

Every single year, without fail, I would pre-order a whole turkey in France. I would explain it needed to be a certain size, as my oven was the size of a thimble, and every year the butcher would smile and nod and write down the maximum I could accommodate. Every year, also without fail, I would go to fetch the bird and it would be double (or triple!) the size I asked for. I would tell the butcher this was never going to work and reminded him that I asked for a smaller turkey for a reason. Every year he would smile again and say, “But Madame, you’re an American! You LIKE to eat.”

This would start the mad phoning frenzy to secure a smaller bird. Sometimes it worked, sometimes not. I can’t tell you the number of years we had to settle for pintade (guinea fowl) or a large chicken. I CAN tell you it never made much difference in the end and everyone still loved the meal and the meaning behind the day.

In France and here on Mallorca, it was and has been possible to do the classic sit down dinner, but on Barbados, where it was surface-of-the-sun hot every stinkin’ day, we opted for roasting a turkey in advance and serving the sandwiches we Americans favour eating the day after as party finger foods. It was hit as many of our guests have never had cranberry sauce or stuffing on a sandwich or pumpkin cookies rather than pie. In general, they loved, especially after a few glasses of wine, trying something new.

The point of these long-winded diatribes is that it doesn’t much matter how it works out in the end, the important thing is to keep celebrating the traditions that keep you grounded and make you feel part of something bigger.

Incorporating Your Own Rituals #

My example of a ritual was focused around a holiday, but they don’t all have to be. Perhaps in your family, you sing a special silly song on birthdays, or on the first day of every month, no one can speak upon getting out of bed until they say “rabbit”, or you play a certain game on long car rides together.

Whatever they are, these meaningful little exchanges are personal to you and yours and create continuity in your daily lives as well as a sense that you belong to each other’s worlds, no matter where in the world you are! 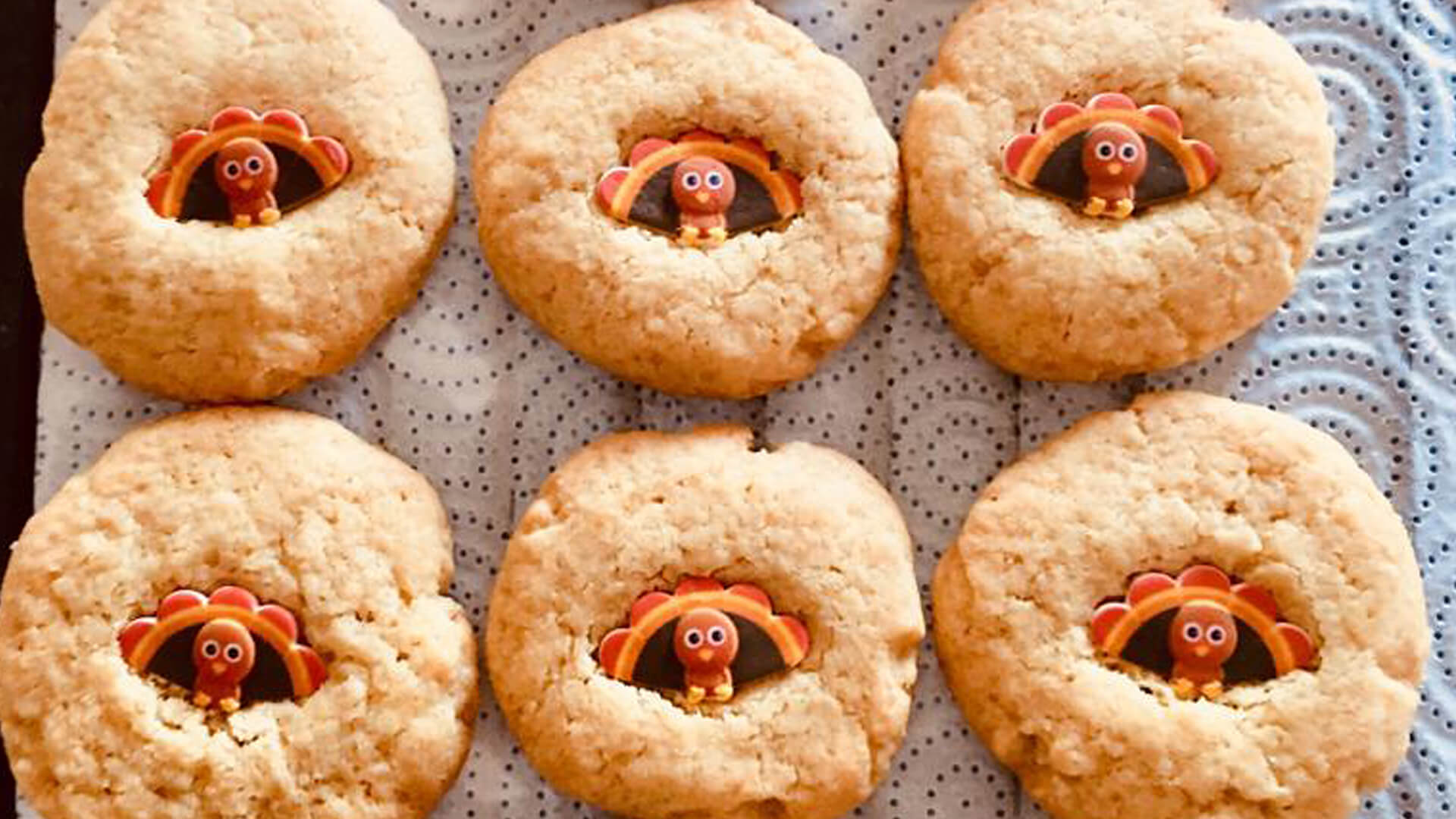 Making New Rituals on the Island #

Whilst it is supremely important, imperative one might say, to have these inside jokes, habits and family customs, it is equally important to assimilate into your new home. To that end, incorporating local traditions into your own is a way to get the best of all scenarios. Using a little bit of this, a little bit of that ensures you get the best of all.

On Mallorca, there are so many charming, fun and touching traditions that there really is no way to go wrong.

Three Kings Day, celebrated on 6 January and officially ending the “twelve days of Christmas”, for example, is not commonly celebrated where I’m from. The idea of putting out a shoe to be filled with goodies by one of the wise men was foreign to me before moving here. My daughter latched onto it from the get-go though and now it is part of the new regime. In fact, I’m quite sure we would take this with us wherever we went now. 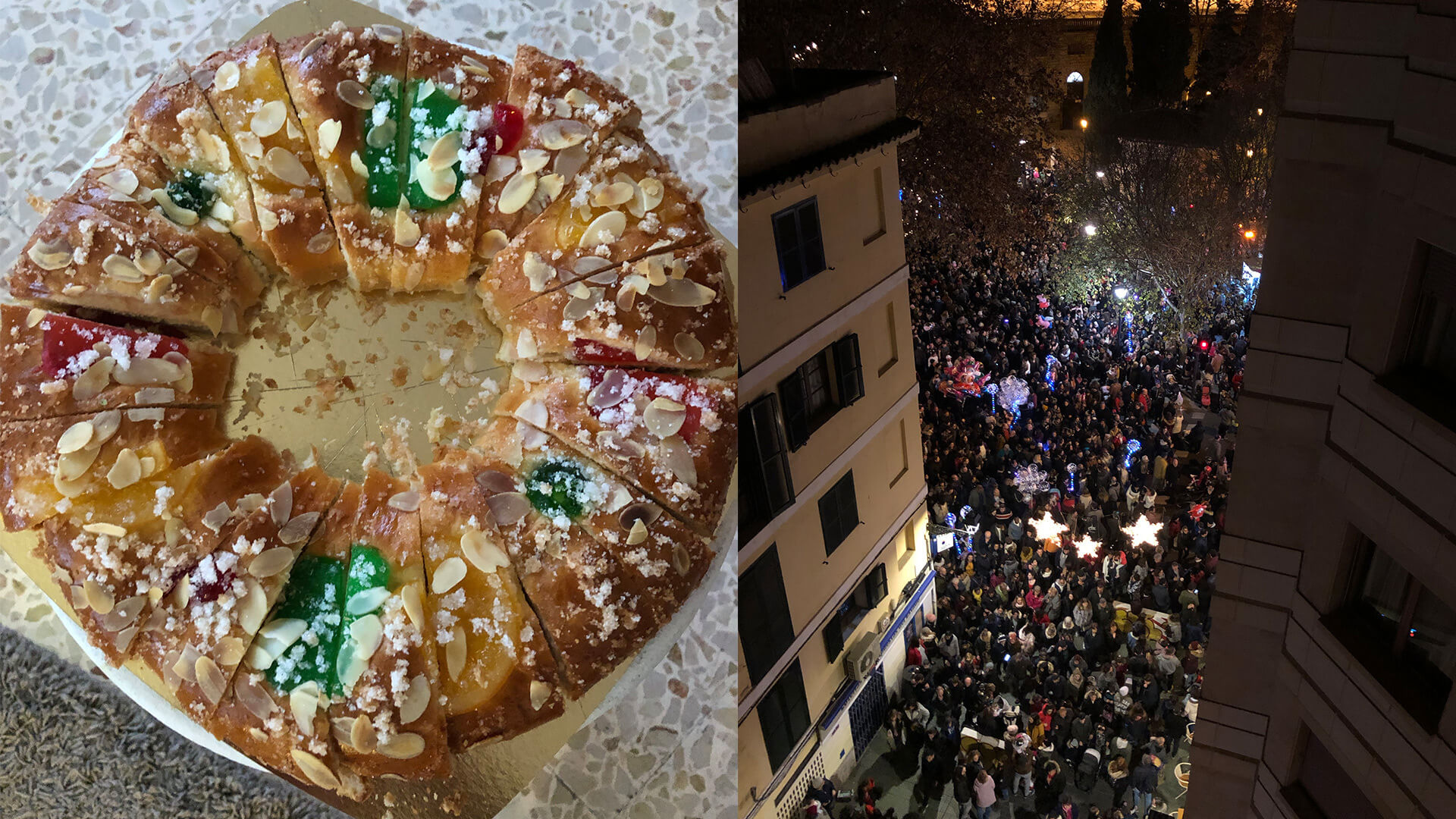 How about the Chinese Lantern Festival, held in Alcudia on 24 August. Kids make homemade lanterns, often from melons, but sky's the limit if you wanted to create something else and join a parade around the town. The lantern-making itself could be a ritual you do together, and one passed down to the next generation. 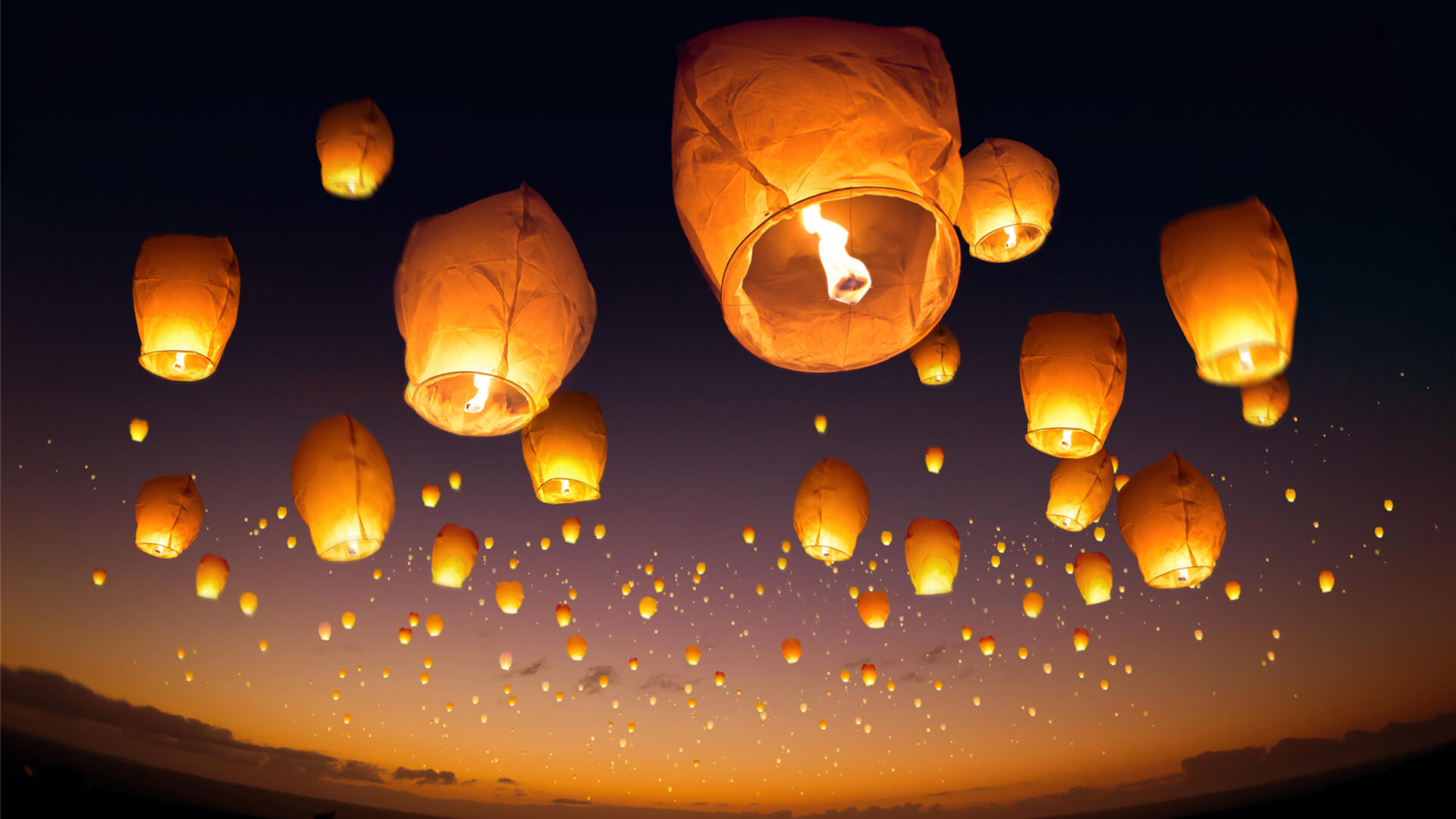 Day of the Dead is another example. We do Halloween and all the commercialism that entails. The Mallorcan tradition of going to the graves of deceased loved ones on 2 November, laying flowers and candles and having a party with them isn’t something we do. But you could. Maybe you “adopt” a neglected-looking grave at your local cemetery and create a backstory for that person, making them part of your new family. You return each year to celebrate their (albeit made up) life and remember those you love who are no longer with us. 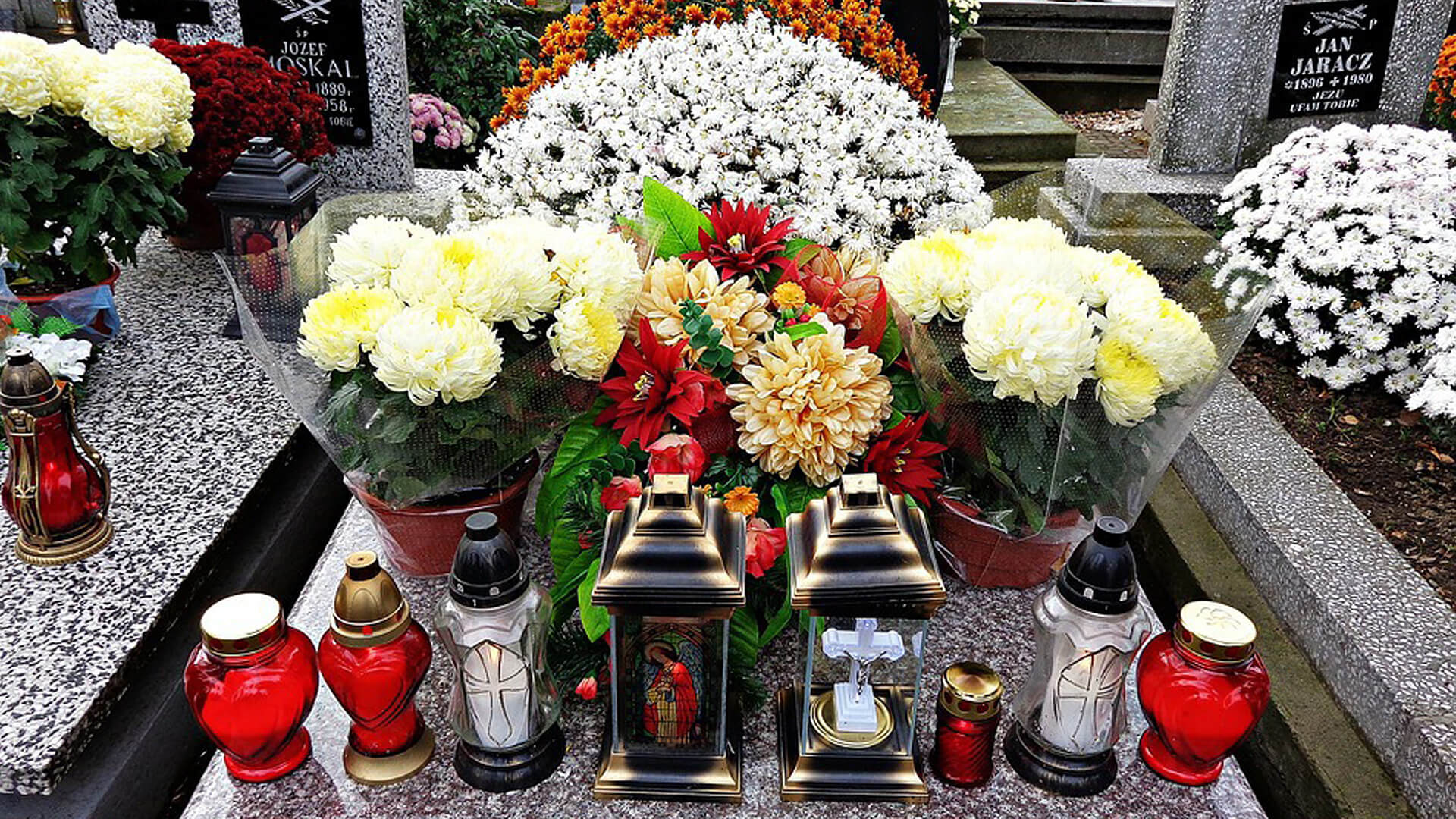 As for non-holiday practices, things like eating at the same local restaurant as a family every Monday night, or going to the beach one Sunday a month to enjoy a sunset picnic, or visiting a new village on the island once a week to get to know the island are also things that can help make things feel more “normal”.

Whatever you decide to do, do it because it feels right and is a pleasurable experience…not a chore. If you start a tradition and it starts becoming a bore, you’ll give up on it, so do yourself a favour and only keep the ones that are working for you. That being said, sky's the limit on what you do, so get out there and start making your new home your happiest!

The Day of the Dead, Mallorca-Style

MAY 3rd Mother’s Day in Spain