The life of the dead is placed in the memory of the living. ~ Cicero

With origins in Egyptian and Mesoamerican Cultures, Spanish roots steeped in Mexican tradition, The Day of the Dead, or El Dia de los Muertos, is celebrated here on Mallorca with a twist.

Ritual grounds us to a place, a village and people. Mallorcan culture is steeped in an alchemy of traditions and rituals.

Evidence of Christianity on Mallorca dates back…WAAAAY back… to as early as the 4th century AD. But civilizations here date back to 3500 BC with some estimating that people visited the island 3000 years earlier than this. So it’s only fitting that the European version of The Day of the Dead has a unique flair.

El Dia de Los Muertos here is not so much one particular day of the year but a three-day extravaganza including a National Holiday on the 1st of November for All Saint's Day incorporating three very different things - some passed down from pagan customs and some purely Christian. 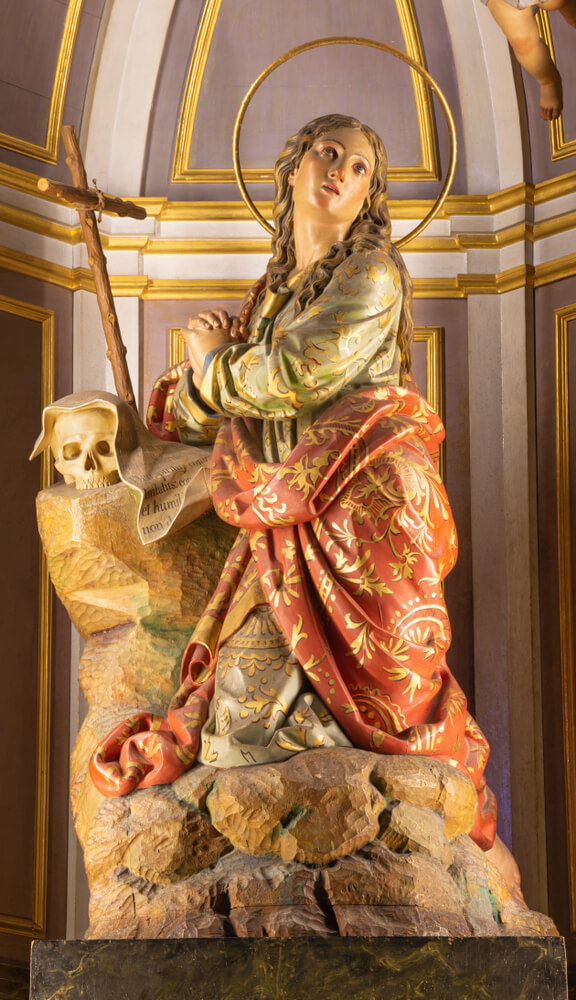 Halloween, otherwise known as All Hallow’s Eve, is the spinoff of an ancient Celtic holiday, Samhain, that celebrated the end of summer. The Celts would build bonfires to burn off whatever crops hadn’t been harvested and sacrifice animals to their gods. They believed the wall between the world of the living and that of the dead was at its thinnest on this night and, without taking these measures, ghosts would return and destroy their crops.

This was a time to come together on the eve of the feast of All Hallows Day to ask for God's blessing and protection from evil in the world. Often, they would dress in costumes of saints or evil spirits and act out the battle between good and evil around bonfires. That's the source of the modern observance of Halloween.

On Mallorca, this Christian version was celebrated for hundreds of years alongside the more interesting Day of the Witches - El Dia de Los Brujas. Only recently, with the expats and tourists, did the Americanized and more playful version of Halloween hit these shores. This night turned from a kids-only event into the all-out fancy dress fest we know and love today, though many traditional elements remain.

You'll find fun events at schools, local shopping malls and El Corté Ingles. Check the websites for exact details. Your neighbors might be planning fun events for the children. Just ask around. 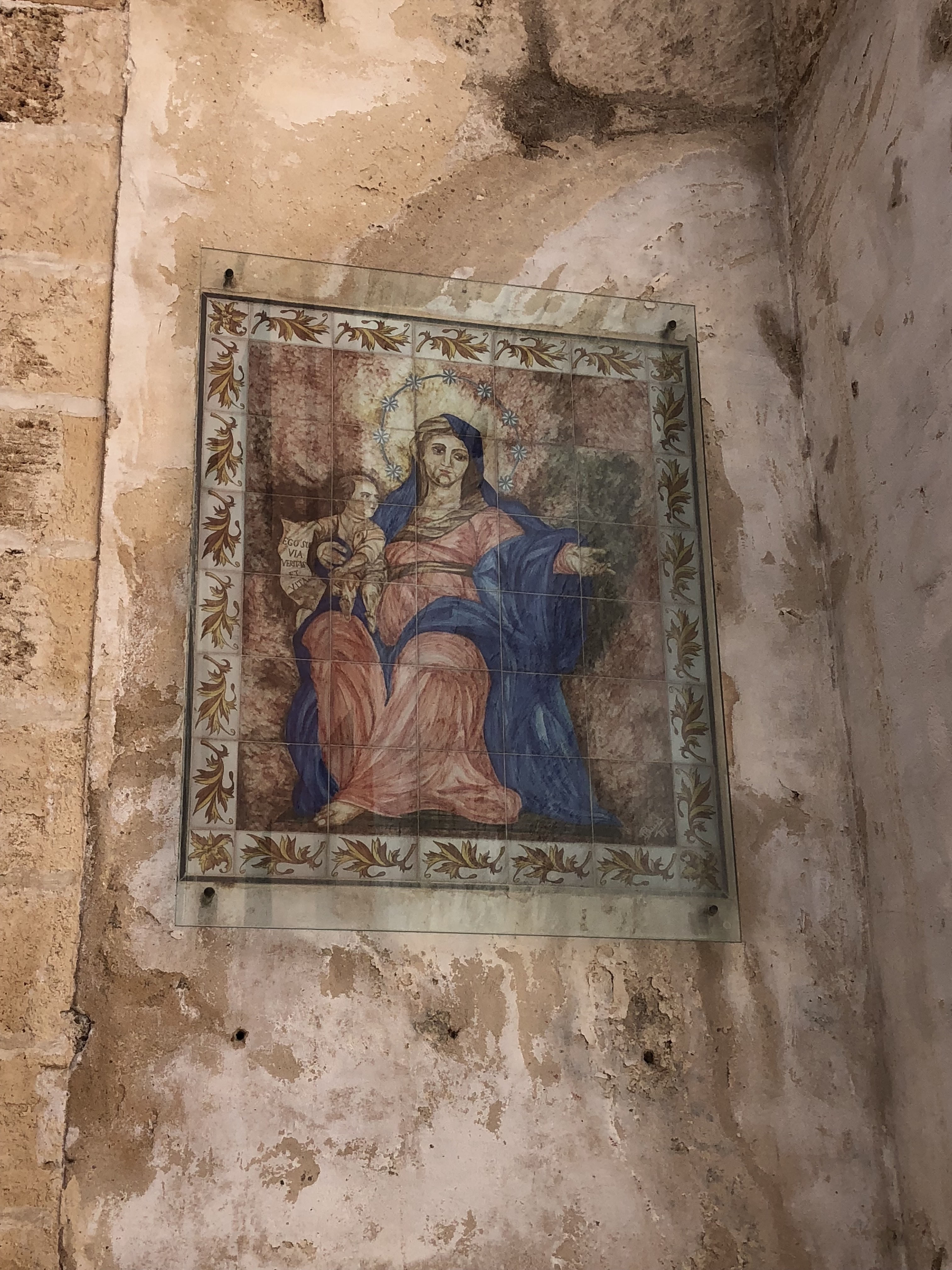 All Saint’s Day was originally the day where many Christian people celebrated all the saints, particularly those who had no special Feast Day of their own. On this day, people visit the cemetery where the bright flowers, plants and rosaries decorate the mausoleums. You are welcome to walk around and look at the photos and memorabilia that decorate the burial chambers of the deceased. Then, most of the locals attend a special mass in memory of those who are deceased.

Here, it's safe to say that there are as many types of celebrations as there are nationalities on the island. Since this is a public holiday, parties are the norm. Some people welcome the return of their departed friends and family for a once-yearly blow-out party, albeit in rather unusual locations.

More flowers are sold on this day than any other day of the year including Valentine’s Day. You walk up La Rambla in Palma for the most beautiful arrangements with great prices or try Rialto Living, where you'll find lovely bouquets at reasonable prices. People also honor their own personal patron saint on this day. The village markets have flower sellers who will help you make an arrangement to share with neighbors or to honor someone in your own life. 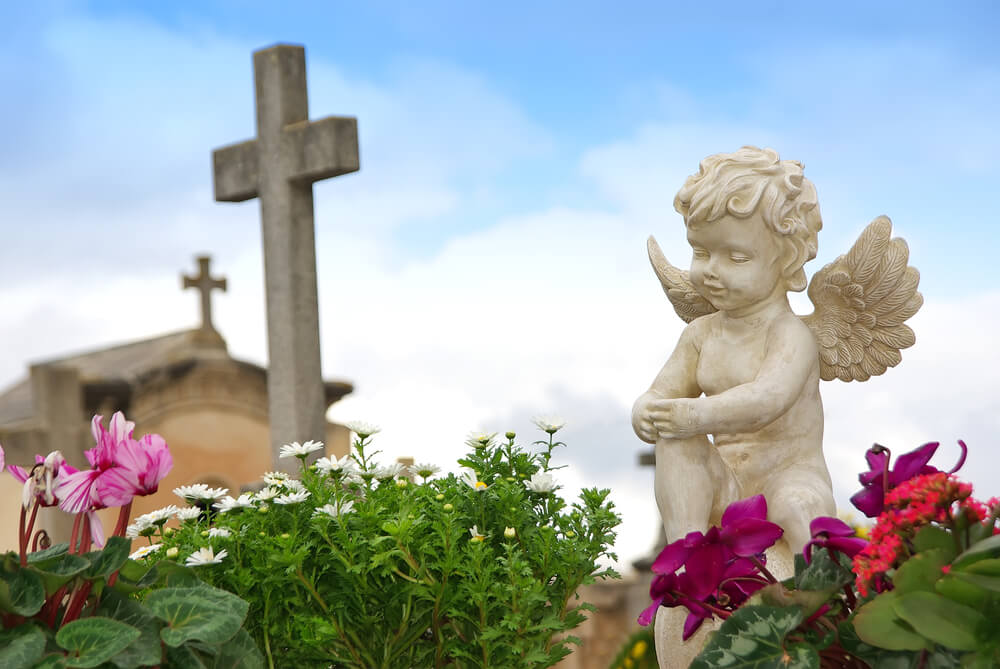 Since I was a child, my grandmother took me every year to the cemetery on November 1st to clean and decorate with flowers the family graves. So did every family in town, all over the Island and Spain. - Catalina Calafell, owner of Natural Café Vegetarian & Vegan in Port Andratx

All Soul’s Day or El Dia de las Almas or El Dia de los Muertos is a day of remembrance and prayer for “all the faithful departed” in general Christian terms. It is a rather sombre affair, marked by mass, mourning and prayer. Mallorcans who are deeply religious and those who have lost a relative during the year, honor the departed by an attitude of reverence for the day that includes a trip to the church for communion and service followed by a blessing by the Priest.

In most villages on the island with a Resident Priest, you will hear the church bells ring for late afternoon mass at 6 p.m. then see the parishioners make their way to the Church. Only in the last few years, widows are not so rigid about wearing black all year long. But on this day, you may see women in black to honor their loved ones.

All Catholic Churches have a Book of the Dead in which parishioners are given an opportunity to write the names of their relatives to be remembered. The Book is placed near the altar and available all through the month of November, in most churches. Episcopal Churches also honor the departed with a Book of the Dead and the names are read at services throughout the month.

The Book of the Dead is a hold-over from Egyptians (2670 BCE) who believed if one's name was inscribed that one would curry favor with the Gods. The Original Book of the Dead contains spells and incantations that would enable the soul of the deceased to navigate to the Afterlife. Because it was never codified, no two copies were ever the same.

In addition, it is tradition to perform the play Don Juan Tenorio on or around this day. A cautionary tale written in 1844 by José Zorilla, it is the story of a man who kills the father of a maiden he deflowered and then runs away. When he reappears years later, he finds a statue of the murdered man in the local cemetery and the unrepentant Don Juan cheekily invites the statue to dine. To his surprise and horror, the statue leans over and shakes his hand, whereby the killer is whisked off to hell. The story blends the morality of the Christian values with the supernatural views of the pagans, making it both a lesson and a delight. Below is a video of the play.

As no party, even a more sombre one, is a party without food, so the people of Mallorca have things they enjoy on this day. Food is always used as an offering, even when the roots of the traditions are forgotten. On El Dia de los Muertos, the food is always sweet. Roasted chestnuts, almond cakes called pannellets, buñuelos made with sweet potato, eggs, flour, butter and yeast, and marzipan treats called huesos de santos or "saint’s bones" are all delicacies shared during this period.

Every village bakery will have these sweets. If you know someone who has lost a loved one this year, then purchase a dozen of each and gift the family. Small acts of kindness like this go a long way in forming long-term relationships. Whether you are visiting the island, renting or own a home, honoring family is simply the right thing to do this time of year. Reverence for life and death is best shared with sweets.

Now that you know what the locals do, be part of it! If you spot your neighbour preparing picnics or coming home with flowers, take the cue and offer a bouquet to them to take. It’ll give them a whole new perspective on you as a person (you’ll be that lovely, considerate neighbour!) and give you a family of your own here to look after.

It can also be a yearly reminder to think of those we’ve loved and lost. Maybe you’re not prepared to completely go native but lighting a candle or two and reminiscing about good times with loved ones is always time well spent.

There you have it… all there is to know about Day of the Dead, Mallorca-style! Whether you have lived here your whole life or have only been here two seconds, it’s a special day of family and remembrance to be celebrated by all!