In the midst of winter, I found there was, within me, an invincible summer. And that makes me happy. For it says that no matter how hard the world pushes against me, within me, there's something stronger - something better, pushing right back. - Albert Camus

Time of Actual Solstice on Mallorca #

This year has changed my measure of time. I call it "COVID Time." This winter solstice arrives in the darkest time in modern history. With governments using lockdowns and crowd restrictions as a way to manage hospital admissions, most of us are measuring our mental health in freedom of movement in order to be with others. Many people are finding hope in fleeting moments that are further and further apart. But take heart. We can look to ancient traditions and rituals that have literally survived eons to offer us a sense of renewal in these times.

We can trace the Solstice on Mallorca, in its current incarnation, back to the Roman presence on the island with their arrival in 123 CE, led by General Quintus Caecilius Metellus, heralded the start of the period of Romanisation. “Saturn’s Games,” the ancient festival from which we derive many of the traditional celebrations associated with Midwinter is the Roman Saturnalia.

The Roman presence in Britain and other parts of Europe from second century B.C. to the fourth century A.D. probably accounts for this too. During this time, the Romans suppressed many of the older practices of the Celts, meaning those of the learned Druids.

Mallorca has remnants of the Romans all over the island whether on trails and footpaths in the southwest - check out Paguera and Andratx, Pollença and Alcudia in the north and in Palma at Son Olivia and Plaza de Toros. You can visit these places and travel back in time. 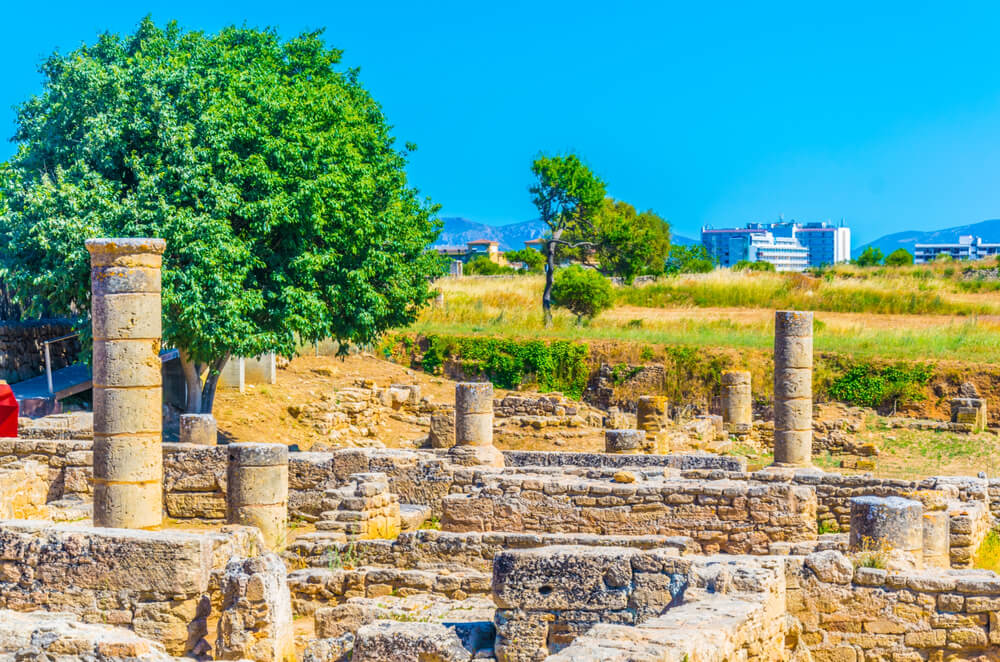 Why is Honoring Winter Solstice Important? #

The Winter Solstice had immense importance because people were economically – socially, physically and emotionally – dependent on monitoring the progress of the seasons. Starvation was common during the first months of winter – January through March or early April in the northern hemisphere or July through September or early October in the southern hemisphere.

Societies created ways to support a sense of survival and community. For more on this and other questions that linger about humankind’s connection to the winter solstice, check out this article in The New York Times Article.

Saturnalia itself developed from the older rituals of Midwinter into a riotous assemblage of fun, laughter, and gift giving. It is from this festival that we received the idea of giving gifts at Christmas, not from gifts of the Magi as commonly supposed. As the name suggests, this festival honors Saturn, the Roman God of Agriculture and Time, who is thought to have received his name from the Latin satus, “to sow.” His feast was celebrated from December 17th to the 24th, during which time the normal patterns of social behavior were abandoned.

To experience the Roman contributions to the island, visit Banyalbufar, Binissalem and surrounding area, Alcudia and Pollença. Take a walk and listen to the wind for stories of days gone by.

Whatever your tradition, honoring this time of year is crucial. Many people in the northern countries experience depression this time of year which is directly attributed to the lack of natural light. They may not be going hungry physically but mentally, they are starved for Light which is why the rituals around the shortest day of the year are crucial to the emotional health of a community. So, when someone asks you to celebrate online or in person, properly masked and distance, say, “Yes!”

As I write this, infections related to the COVID-19 pandemic are surging in the Northern and Western Hemispheres. People are not participating in the rituals that ground us to a sense of place and community. The Government of the Balearics and the Consell de Mallorca have created a walkable city of lights so that we can be as safe as possible in the company of our friends, family and neighbors. You can read more about the Lightshow and events in Palma here >> Mallorca Christmas 2020. But the reality is that none of us is experiencing our old ways of celebrating this time of year.

We do have a few reminders of what is normal in the time of COVID-19. In Andratx village, neighbors participated in a choir concert at the Andratx Church by wearing masks and social distancing. To see how this worked, watch this fun video below, filmed by a friend who wanted to show us how safe everyone was while singing.

If you plan to travel, every destination – including Mallorca – requires a negative COVID test prior to departure. To download the required forms, click here >> COVID Testing Required to Enter Spain. With the latest surge, flights to and from Spain are mostly grounded and require legal residency. You will need to frequently check on the status of expected flights.

The ban on activities is from 20h - 05h. Many of us will need to be content with video calls with children, grandchildren and dear friends.

Enjoy listening to our friends and neighbors.

All over the news, you can read about the “Star of Bethelem” at Winter Solstice in 2020. For centuries, scholars have hypothesized that the wise men really saw a great conjunction of bright planets. Some scientists make the case for a super comet. What’s true? In the year 7 B.C., Jupiter and Saturn had three conjunctions.

Other references in science show conjunctions of Jupiter with other planets from 3-5 B.C. but are these the Star of Bethelem? Probably not. When reviewing Biblical accounts with actual astronomy, none of this information matches the stories in the Bible. Plus, astrology and astronomy were considered heretical in Biblical times.

Because the planets move at different speeds in their orbits and have different distances from one another, they appeared to pass one another in the night sky. Fortunately, we will get our own view of a Christmas Star. Check out this site to find the time and place for you to have the best view >>

Planets in the Sky on Mallorca

See the schedule and where to look in the sky

Why This Year Matters? #

Concerns about which political party is in power, what governments do and how COVID is affecting us on Planet Earth is NOT what is important during Solstice. What matters say the Chinese, Brits and Americans who study the mystical sciences is this is an energetic turning point to a new year. Step into the power of a spiritual community to find strength in numbers.

Many conspiracy theorists online are ramping up the heat of misinformation. The TV and radio news needs an audience so they are throwing fuel to flame fears. What we know is that the world is at a flexion point. Civil societies are constructed and broken up on fear of loss. And this is exactly what Winter Solstice helps alleviate. On Mallorca, we have people who are growing good, healthy food. We have many who are helping families in need. We have others who are caring for abandoned animals.

This year, more than most others except in December of 1944, when the Battle of the Bulge was raging on, is a time of great hardship for many. We are being called to bring our Highest Selves to our communities so that we can contribute in love and light, in hope and joy, for a New Year that is dawning. We will soon have vaccines to help mitigate the catastrophic repercussions of COVID.

If you are able, join 6Points in donating food for people and animals in need. If you are someone in need, please reach out to Open Mind Mallorca FB Group or your local church and food pantry. On an island of great abundance, we also have great needs. Join others to make Mallorca a place where everyone has hope and love this season.

Winter Solstice 2020 is important for so many reasons. This year has unique events – COVID-19 and the Jupiter-Saturn Conjunction on the actual day of the winter solstice. Many are celebrating with fewer family members and others are feeling lonely and depressed.

Ritual grounds us to our sense of place. Mallorca is a four-season island. Winter months lend themselves to movies, staying home and warm, hot chocolate and meals with friends. This is a quieter time of year when the beaches are empty of tourists but the waters churn up.

If you want to watch a movie that will have you all talking for a week and see beautiful landscape of the island, watch Cloud Atlas. Enjoy making one of the many recipes we offer here in the magazine. Honor Winter Solstice by lighting candles, knowing that the Light is returning. Plan a garden, volunteer at an animal shelter or simply take your neighbor homemade Christmas treats. The days will once again be full of sun, sand and tourists.