Christmas is built upon a beautiful and intentional message: The birth of the homeless should be celebrated in every home. ~ GK Chesterton

Of all the delightful aspects of Christmas on Mallorca, one of the more charming ones is the prevalence in every village town and city of nativity scenes or betlems, as they’re called in Catalan. These miniature model villages range from the spectacular to the rustic to the downright bizarre, but one thing they all have in common is a deep sense of tradition and a pride in their displays.

Despite the religious connotations, these scenes are high art and the people and towns who create them are fiercely competitive and sticklers for even the inanest of details. For example, Bunyola has a peasant-type of guy carrying the requisite bale of hay on his back who is thought to have a great fan of his aroma…a sheep is positioned so it appears to be taking a good whiff of said peasant.

Silly detail? Perhaps… but I bet it’s something you will remember long after the last ornament is put away and the last bite of Roscón de Reyes has been scoffed down!

So, come along with us! Join Affordable Mallorca to find out more about the betlems of our island home.

With Palma being the biggest city on the island, it should come as no surprise the greatest number of nativity scenes are on display in the capital. Some of them have extraordinary stories behind them, and all are worth taking a look at.

Fun fact: Palma has two nativity scenes which can be viewed any time of year. The first is the 15th century version at the Esglesia de la Sang (Anunciación) in Plaça de l’Hospital and holds the claim to the title of oldest Betlem in Spain. It reportedly was carved by a well-known Napolitano craftsman family called the Alamanno’s sometime between the years 1460 and 1480.

That’s all fine and good but doesn’t really explain how an Italian nativity is now sitting in central Palma. This can be explained by a legend that, whilst not confirmed, makes sense. It’s been said that a ship carrying the “secrets of the Mother of God” from Italy in 1536 was nearly wrecked by a fearsome storm just off the coast of Palma.

The captain of the ship offered monks from the nearby Our Lady of the Angels Monastery one of the relics in return for assistance. The monks happily complied and decided they wanted the nativity. When the captain tried to double-cross them, saying he wouldn’t give them their preferred item, he found that the ship wouldn’t move. Taking this as a sign that God wasn’t thrilled with him, he hastily gave the good friars the nativity and went his merry way.

For thhe second year, Betlem Mallorquí resides at Palau March near The Parliament Building. This is an exquisite example and worth the €3,60 admission fee to see it. It is an 18th century rendition also hailing from Naples and composed of nearly 2,000 pieces. The March family began collecting them in the 1970s.

In addition to these there are magnificent displays in all the churches and convents in the city, such as the ones at Monastery of Purísima Concepción, Santa Magdalena and Santa Clara, as well as ones at Sa Nostra Social Centre, which boasts an interesting island-shaped scene and Palma City Council’s, which has a fantastic and nostalgic scene everyone adores. 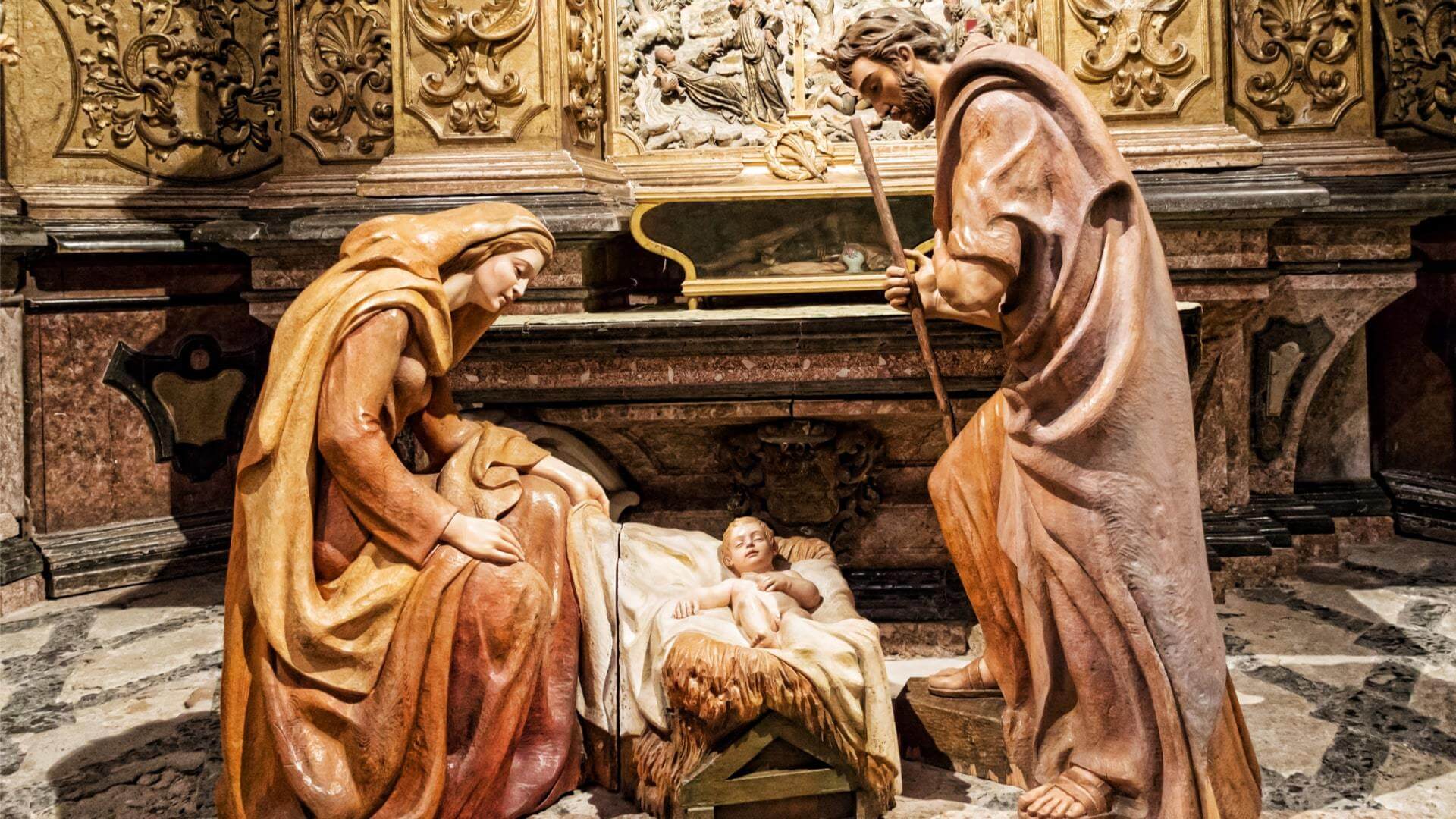 As Mallorca’s customs are long-standing and the nativity scene runs deep in the collective psyche, there are those who REALLY love their betlems.

I’ve read of a man in the small village of Maria de la Salut in the Es Pla region. His first name is Nadal, which those in the know, know means Christmas in Catalan. He has made a habit every year of building an ever-increasing and exceptional re-creation of his town. People come from all over to see it, and it shows what a bit of Christmas spirit and elbow grease can do for a tiny town.

Equally as impressive were the displays put on in Llucmajor by Antonia Tomas. The Arab-style nativity covered 34m2 of ground and took two months to set up and incorporated different elements of the island’s landscape and lifestyle. Her details, such as laundry drying on a line, children playing on a beach or a farmer feeding chickens were slices of local life as well as a way to honour the birth of the Christ child.

Additionally, there are such enthusiasts that there is an actual club on the island for people devoted to nativities. The Betlemistes de Mallorca were founded back in 2001 with the main goal of keeping the tradition alive through model building classes, organised events, newsletters and tours. During the holiday season, they take groups through several of the island’s towns to visit the various nativities. You could expect to stop in Valldemossa, Deià, Artà, Llucmajor, Banyalbufar, Porreres, Consell, Capdepera and Palma, for example and see what makes each one unique and special. 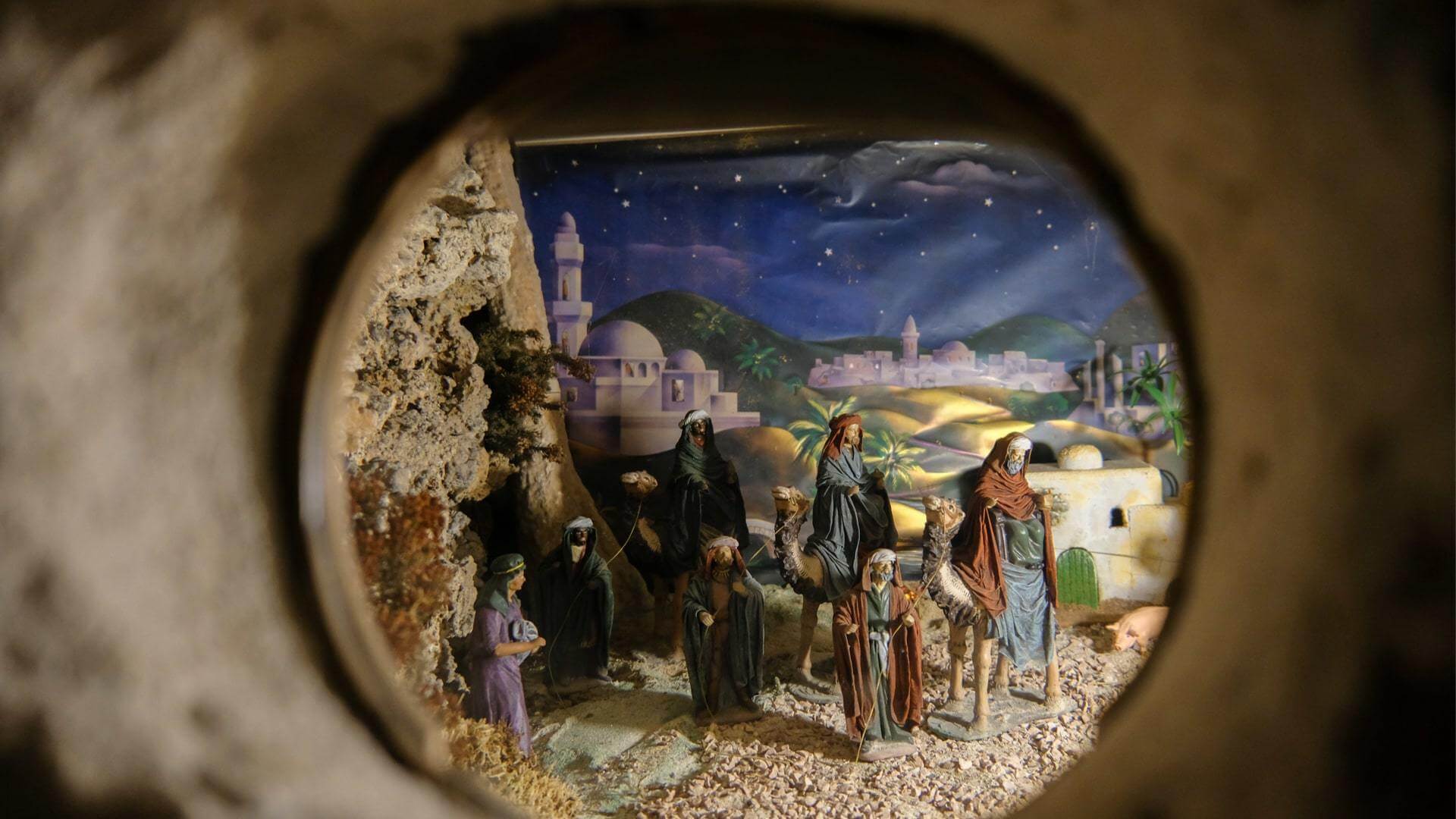 A quirky twist on the classic here on Mallorca is the use of siurells, hand-made white clay whistles, fashioned into rough renditions of all the usual characters expected to be seen at a nativity, and painted with splashes of red and green to make faces, give a bit of detail and add a bit of colour. They’re certainly on the funkier end of the spectrum, and they look like a 7-year old kid’s school Christmas project, but they have a bizarre beauty to them and a cheerfulness hard to resist.

With so many interesting choices and with every town and hamlet having their own version, why not take a drive this holiday season and visit as many as you can fit into an afternoon, stop and have a sundowner hot chocolate, and as you look around, remember how lucky we are to live in such an amazing place!