When days are getting shorter, Mallorcan evening skies turn into a sea of flaming colour. One night, the most dramatic cloud formations in fiery hues of pink, red and orange stand in contrast with the most intensive, almost neon blues; on another, the whole island seems to drift in an celestial ocean of translucent liquid pink. Did you ever wonder why sunsets get all the more spectacular as the year progresses? Here is why.

Romantics, please forgive me if I disappoint: I would love to say the sky magic we get to see was brought forth by heavenly hosts waving sparkling wands of wonder, but I'm afraid it isn't. Scientists tell us it's simple physics.

In autumn and winter, the sun "sits" lower in the sky, meaning that its light reaches us at an angle that gets flatter and flatter every day until the winter solstice. At sunrise and sundown, its rays need longer still to pass through the atmosphere before being visible to the human eye, and on this passage, they hit even more air molecules, such as oxygen or nitrogen. Blue light being shorter-waved, it is scattered more easily than the longer-waved warmer colours. This makes the oranges and reds stand out more, an effect that comes to bear most dramatically when clouds are sailing past as they serve as a perfect projection surface for this vivid show.

The clearer, colder autumn air reaching the island with the mostly west-northerly airstreams of the season allow even more colours of the spectrum to make it through without being scattered, thus adding to the overall beauty of our sunsets: Less humidity means less haze, and it is, as if a veil was lifted from the sky. Its blue appears purer and deeper. We get the feeling of more depth and vastness – of an endless space around us.

So, don't forget to look up tonight and have your moment of quiet awe. The show is on!

And don't forget to send your photos! We will post the best ones here.

A sunset while boarding the train. 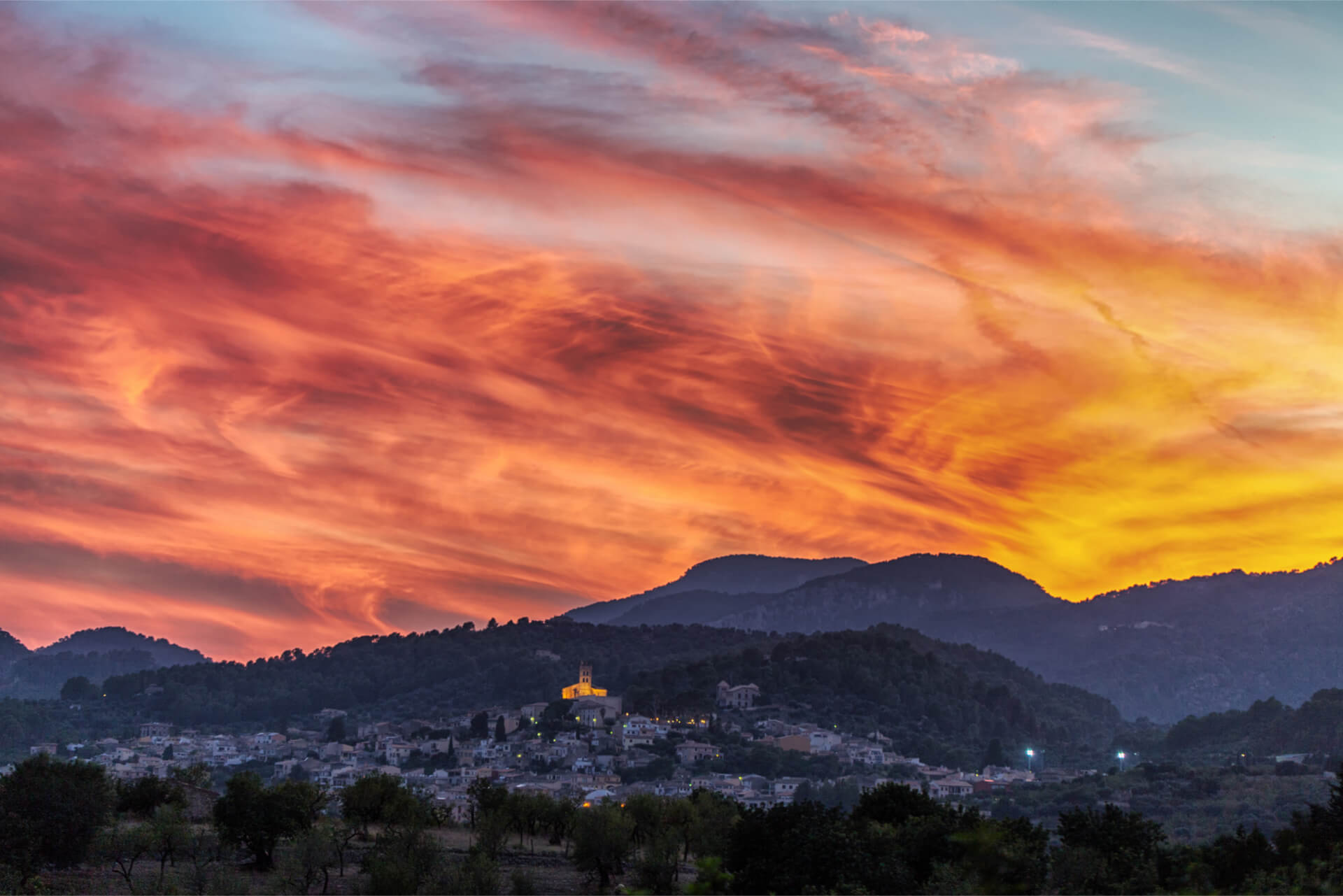 Nights are Getting Longer and It's Stargazing Time