Quiet. Langourous. Amazing. These are some of the words used to describe the village of Bunyola. With a vast selection of activities on offer, as well as the charm of the village itself, it’s an obvious destination for those who want to combine sport, sophistication, and a sense of getting away from it all.

Located about 14 km north of Palma and 27 km from Palma Airport, Bunyola has easy access by car by taking the Ma20, then Ma13 motorways, getting off at exit 8. There is also access on the Ma11 road that runs from Palma to Sóller, and lands you just to the west of town. The gorgeous vintage train that runs from Sóller to Palma makes a stop in Bunyola several times daily as well, making day trips to the village easy and convenient.

There is much debate on how the village got its name. Some scholars believe it derives from the Arabic word “bunyân”, which roughly means monument or stone construction. Others claim it was altered by the Moors to “buniola” from the Latin “vineola”, meaning small vineyard. Whatever the truth, the village has a long and rich past:- 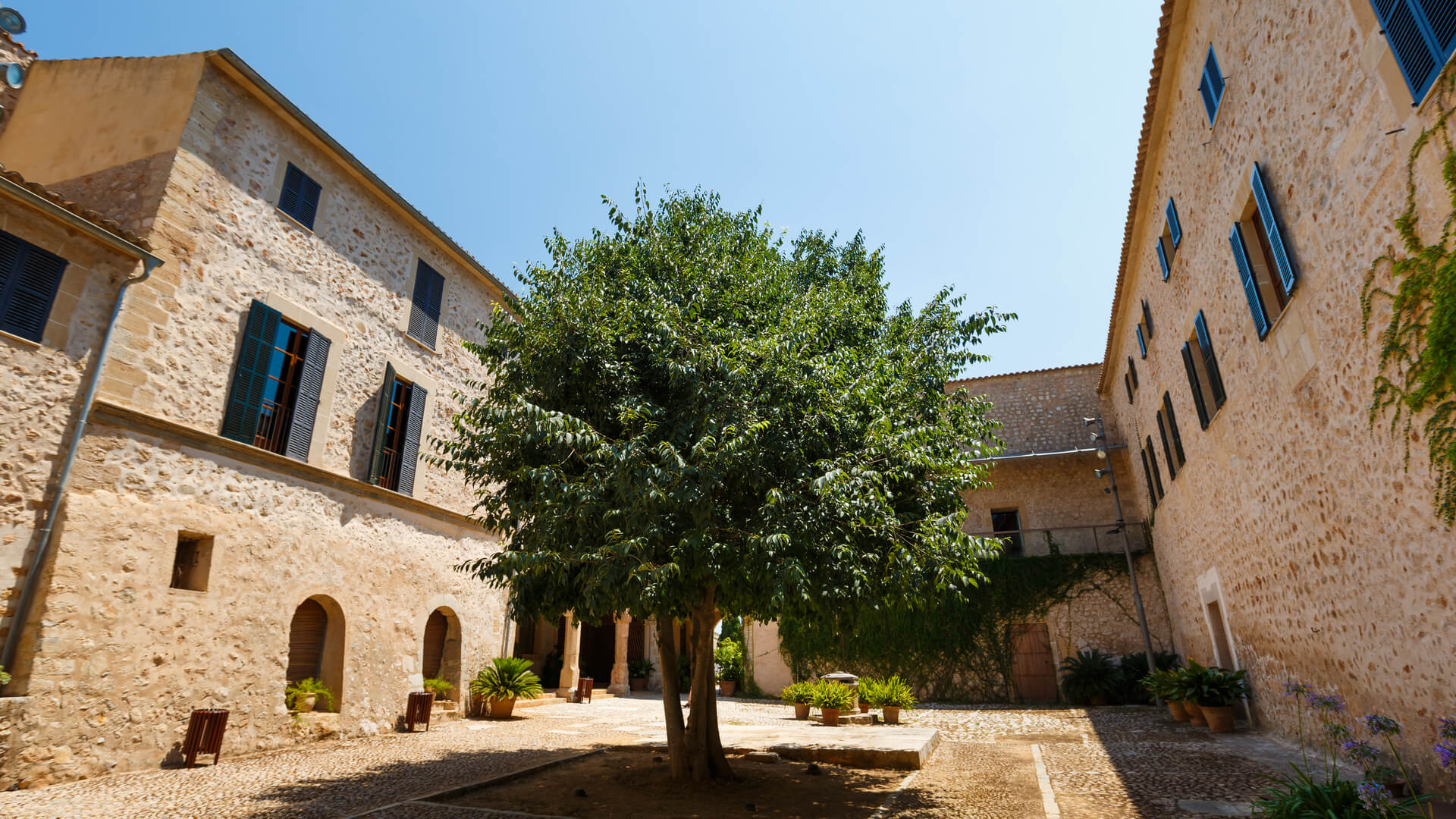 There are a number of prehistoric sites in Bunyola, most notably the circular talayot, or megalith, of Coma-Sema, and the talayots of Son Palau, s’Alqueria Blanca, and El Pujol. All date to the 1 st or 2 nd century BC. There are also the remains of a Roman-era lead sulphite mine known locally as 'sa Mina des Moros'.

During the Catalan conquest of the 13 th century, Muslim resistance fighters took up residence in the caves and huts around the mountains of Bunyola, but were eventually defeated leading to a surge in agricultural pursuits, mainly olive oil and wine, as well as a growing population.

Bunyola’s biggest attraction is the Jardins d’Alfàbia, located on a former estate, with many interesting touches, such as orchards, gardens and even 18 th century water fountains. The estate dates to back to the Arab times, and the main house is a mish mash of designs, including features from Gothic, Baroque, Rococo, Renaissance and Arabic periods. 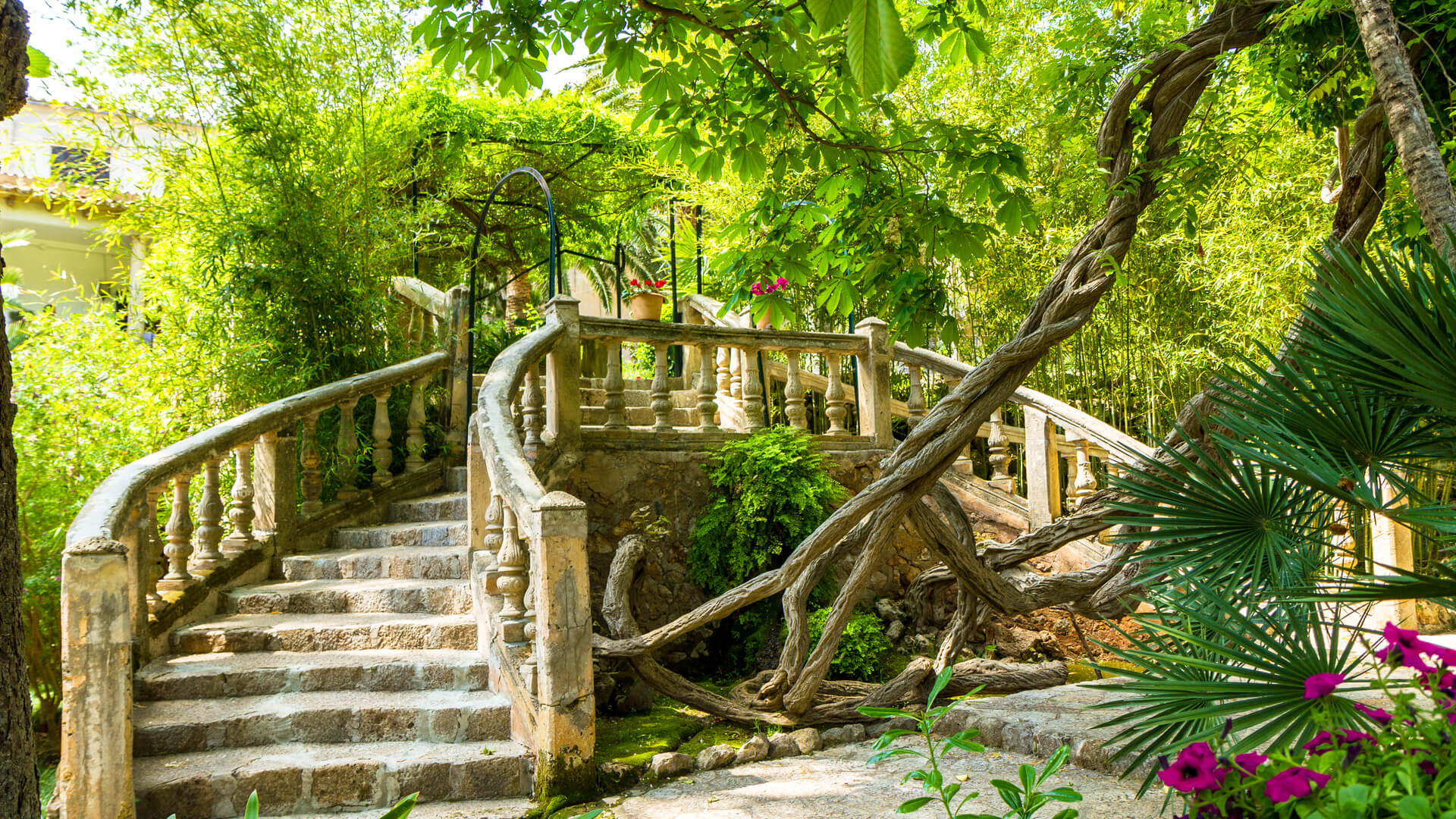 The Sóller Train, as mentioned before, also stops here. The vintage train runs on tracks dating back to the early 20th century and passes through 13 tunnels and several winding mountain passes. The stop in Bunyola was strategic as the last stop before beginning the climb into the mountains. 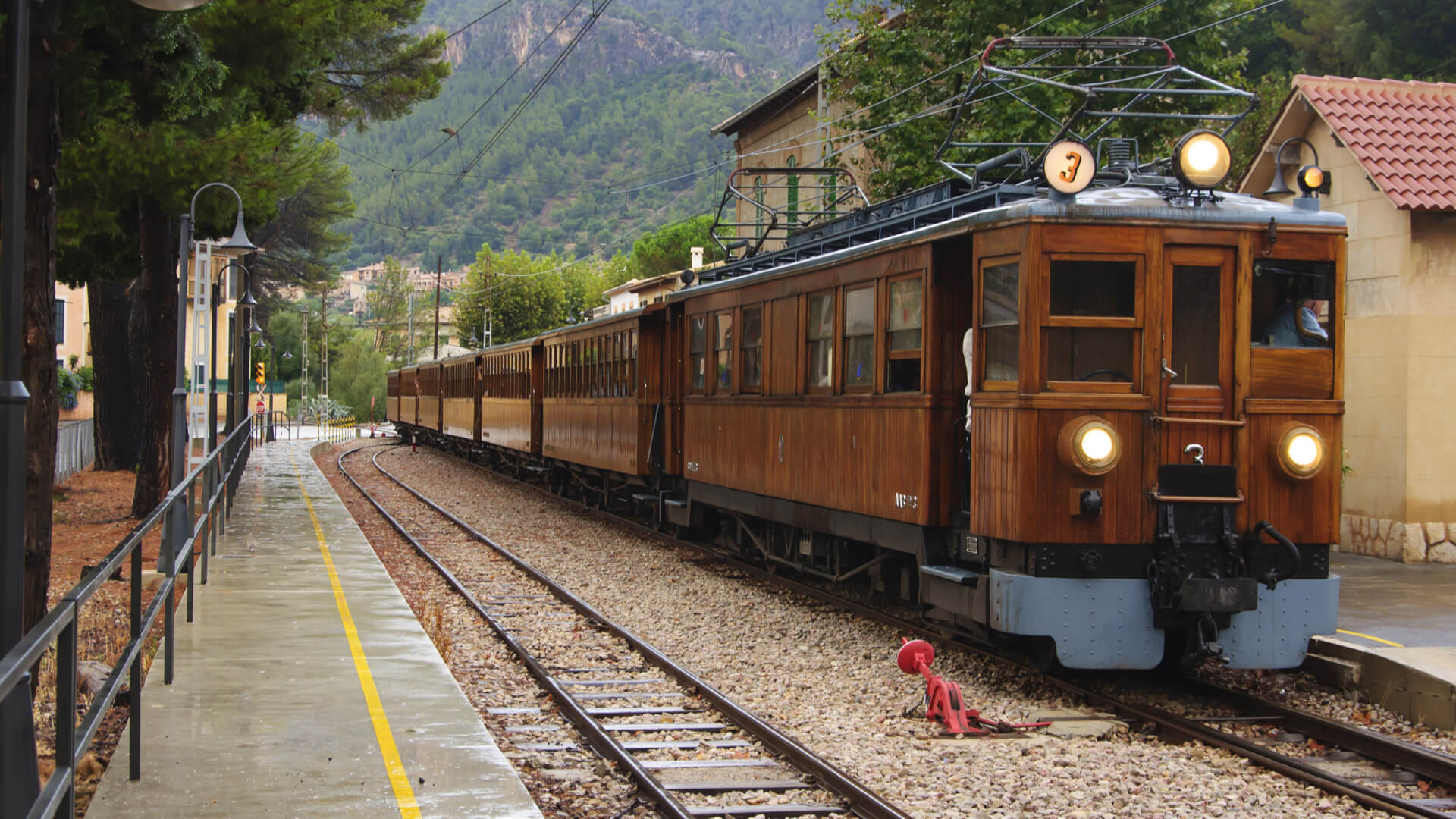 There are also some beautiful fincas, such as the Finca La Raixa, originally an Arab palace that was renovated in the 18 th century, and the unique Finca Francisca, as well as the stunning local Esglesia de Sant Mateu.

For a small town, Bunyola offers quite a number of restaurants at different price points.

Here are some local faves:

Restaurant D’Alt Des Coll
With fantastic views over Palma Bay, this lunch-only establishment has a loyal following. Service and food are considered exceptional, just make sure to have your Dramamine on hand as the winding road to access it can be a bit scary for some!
Carretera Palma Soller km 22, 07110 Bunyola. +34 971 61 53 80

Bunyola has a small, but nice Market on Saturdays from 8h-13h. Its situated along the village high street and has fresh produce as well as household items and some clothing and shoes.

Like golf? Well, Bunyola is for you. The Club de Golf San Termes has magnificent views and a back nine that is spectacular, albeit hilly (buggies are recommended). Goats are occasionally seen roaming freely on the course, the club house is small, but cosy and the staff are attentive and nice.

With the mountains literally in the backyard, Bunyola is a fantastic place for walkers and hikers. The town boasts 24 hiking trails and birds of prey are commonly seen soaring above the mountains, making it a great place for bird-watchers! Two of the most popular hikes are the Penyal d’Honor and the Puig de s’Alqueria. 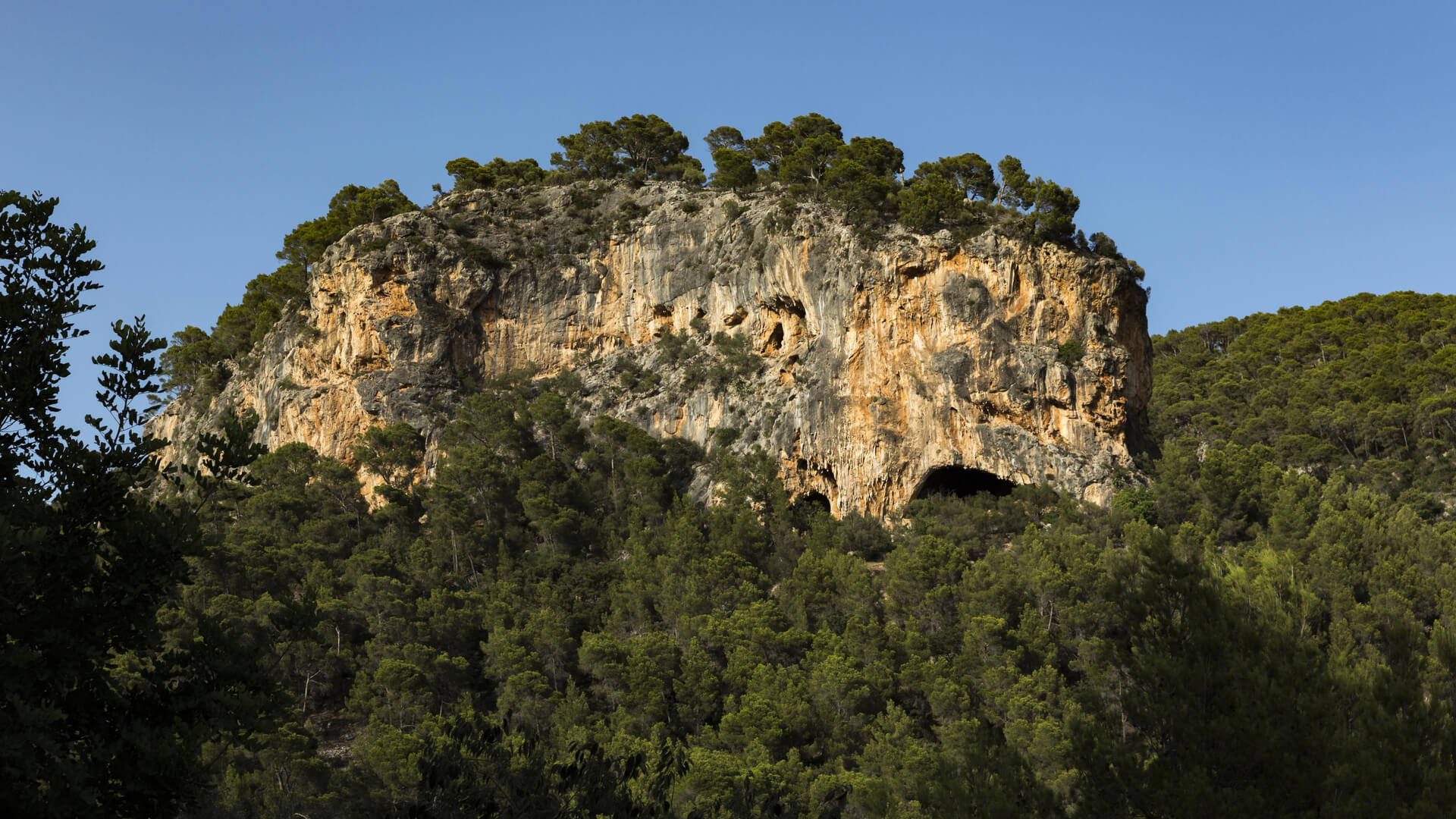 The Fiesta Sant Mateu, patron saint of the village, has all the usual events. Sports challenges, kid’s entertainment, fireworks, crafts booths…you get the picture. But what is thoroughly unique and unexpected is the “underwear race”. Since 2005, villagers and visitors alike have donned practically nothing and come out to “race”. It turns out it isn’t really even a race, more of a spectacle, and participants come in themed undergarments and march through the streets in all their unabashed glory. St Matthew may not have approved, but we sure do!

Housing is fairly readily available in Bunyola. There are no major housing developments so you’re looking at townhouses and flats in the village or larger fincas/villas outside the town centre. Townhouses and flats can be had in the €200k range, going up from there, many move-in ready, some with quirks and cute-factors only ancient dwellings can offer. The villas and fincas can be in the millions. There are certainly some great deals to be had, though, and the beauty of village combined with the views certainly mean you get bang for your buck. 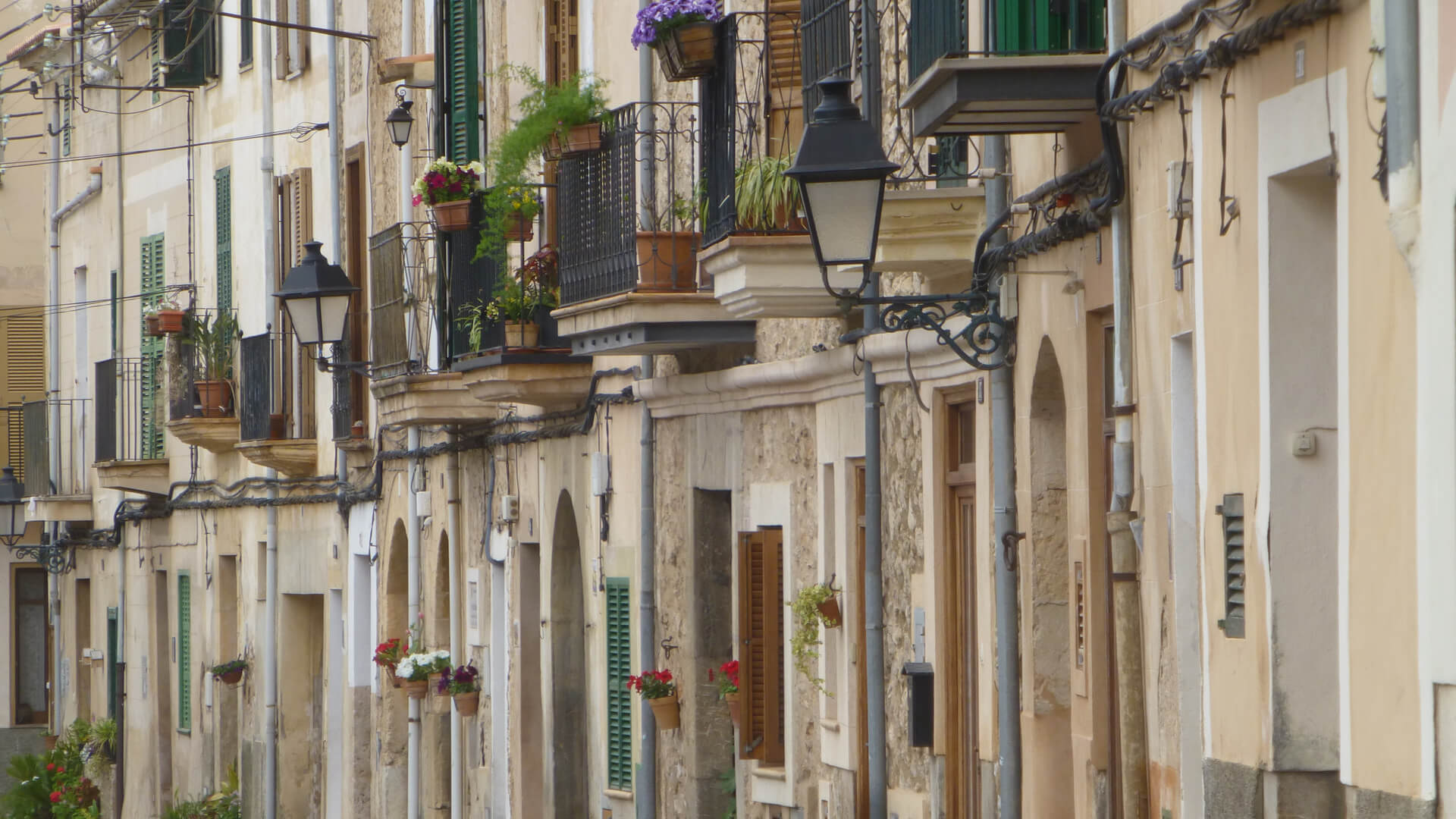 If you’re looking for a place to live that has charm, character and is relatively unspoiled, look no further. Throw in the proximity to Palma and you’ve found your next new home…in Bunyola!