If you love a good monster walk, then look at taking on the GR 221, Mallorca’s Dry Stone Route! 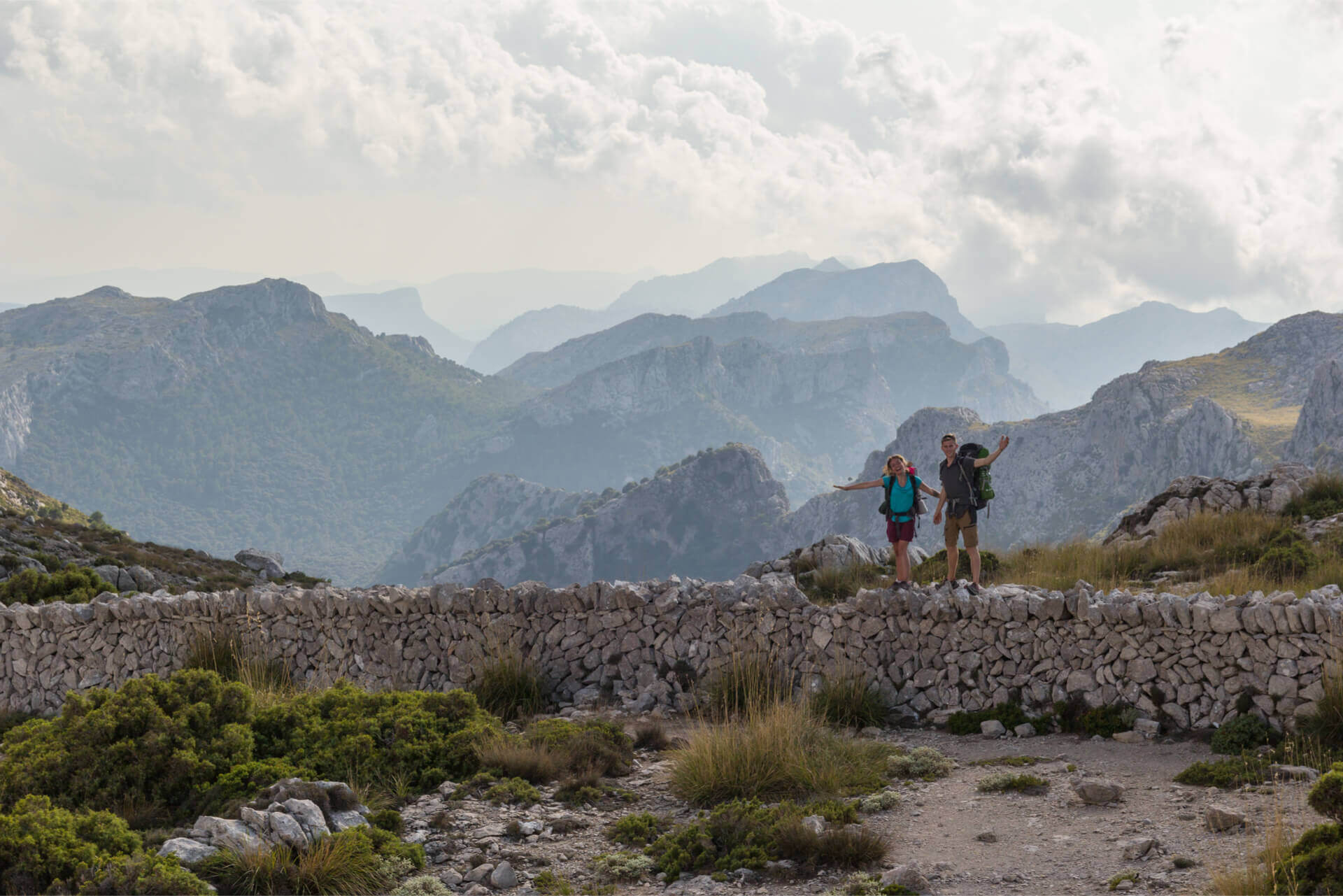 By far the best known and longest hike on Mallorca, the GR221, or The Dry Stone Route, gives adventurous walkers a chance to see the length of the island, and all the spectacular scenery in between!

The length of this UNESCO World Heritage Site walk varies wildly depending on who you speak to, as does the length of time it takes to complete it. This is not due to inaccuracies, but to different possible routings, which make the trip easier or more advanced depending on the experience and fitness levels of the participants. With estimates coming in at anywhere between 90 and 173 km, it is definitely not a day tripper’s hike. No, this one will take you anywhere from seven to ten days over varied terrains, and differing elevations. So if you’re keen for a challenge, this walk is one for you.

The Mallorquins call it “La Ruta de Pedra en Sec”, and there is no surprise as to why. Built primarily with limestone paving stones rather than cement, it is a masterpiece which showcases the island’s natural beauty. You’ll walk through stunning coastal plains, lovely forests and majestic mountains. You’ll find yourself unexpectedly on an old mule trail or passing through a village it seems time hasn’t touched. It’s a chance to see what the locals see, the way they see it.

Starting in Port d’Andratx in the southwest, crossing the Tramuntana Range and ending in Pollença in the northwest, your trip can be done in several stages, usually eight to ten, with several stopping points along the way. There are a series of inexpensive and reasonably outfitted refugios, or hostels, dotting the route, ensuring that you will not be at a loss for a place to lay your head at the end of a long day. It also allows a more leisurely pace, with the option of side trips, knowing somewhere to rest is never too far. There are also good transport links along the way, as well as hotels and restaurants for those who prefer a little more luxury. Many of the hostels can be booked in advance, either on their own websites, or on the CAIB website (caib.es) or illeesbalears.travel.

The paths are fairly clearly signposted, and unless you are an absolute beginner, you shouldn’t need a guide, only a good map, just in case. One thing to be aware of is that parts of the route cross private lands. Be respectful. No fires, no rubbish, and no noise will go a long way in keeping you safe and out of trouble. Also be mindful of gates, as sometimes hikers inadvertently leave them ajar and owners lose livestock, making them less inclined to allow access through their lands.

The best time to go is usually spring or autumn, with summer being too hot for many, and winter risking snow or cold rains. Bring sturdy boots, a rain jacket and something lightweight and warm as the evenings and mornings can be pretty chilly. Parts of the route are stony and steep, so be prepared for this as well.

There are many routings, here are a couple of options to choose from!

Whatever route you decide to take, just remember be safe, and have fun! 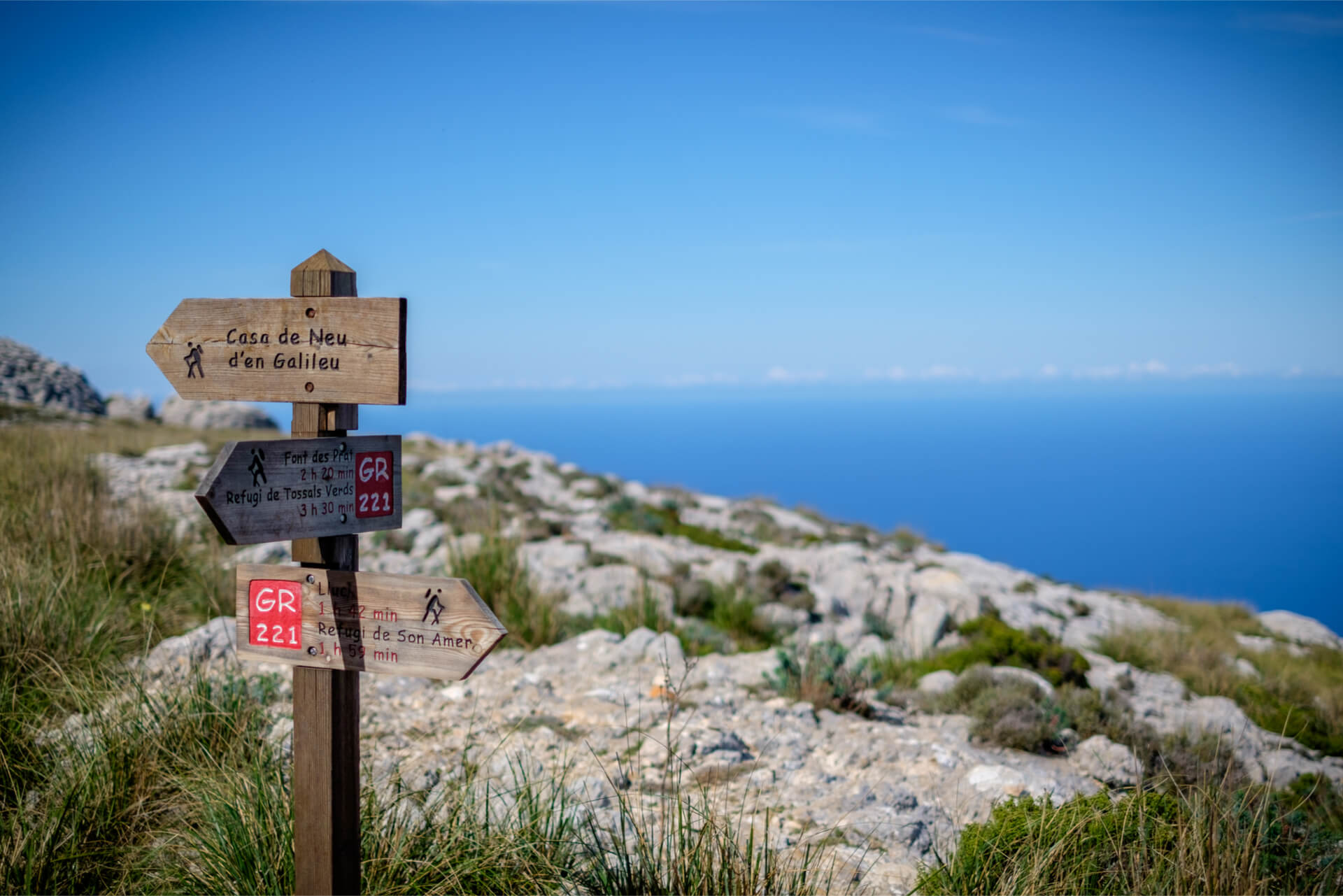