Xylella fastidiosa. It sounds a bit like a spell cast by Harry Potter. But this term carries no magic except, perhaps, the dark variety.

You see, Xylella fastidiosa is a deadly bacterial disease spread by insects, namely the spittlebug. This currently has no cure. This disease is slowly decimating almond, olive, other fruit trees and grape vines all over Europe. And Mallorca has been battling it for more than a decade, though the first cases weren’t formally recognized as such until 2016.

The Balearic government estimates that every day 40 more trees are infected and, at the moment, is helpless to stop the spread. The situation is indeed quite grim but there are glimmers of hope here and there that may mean that the island will not be completely overrun by this destructive bacterium. 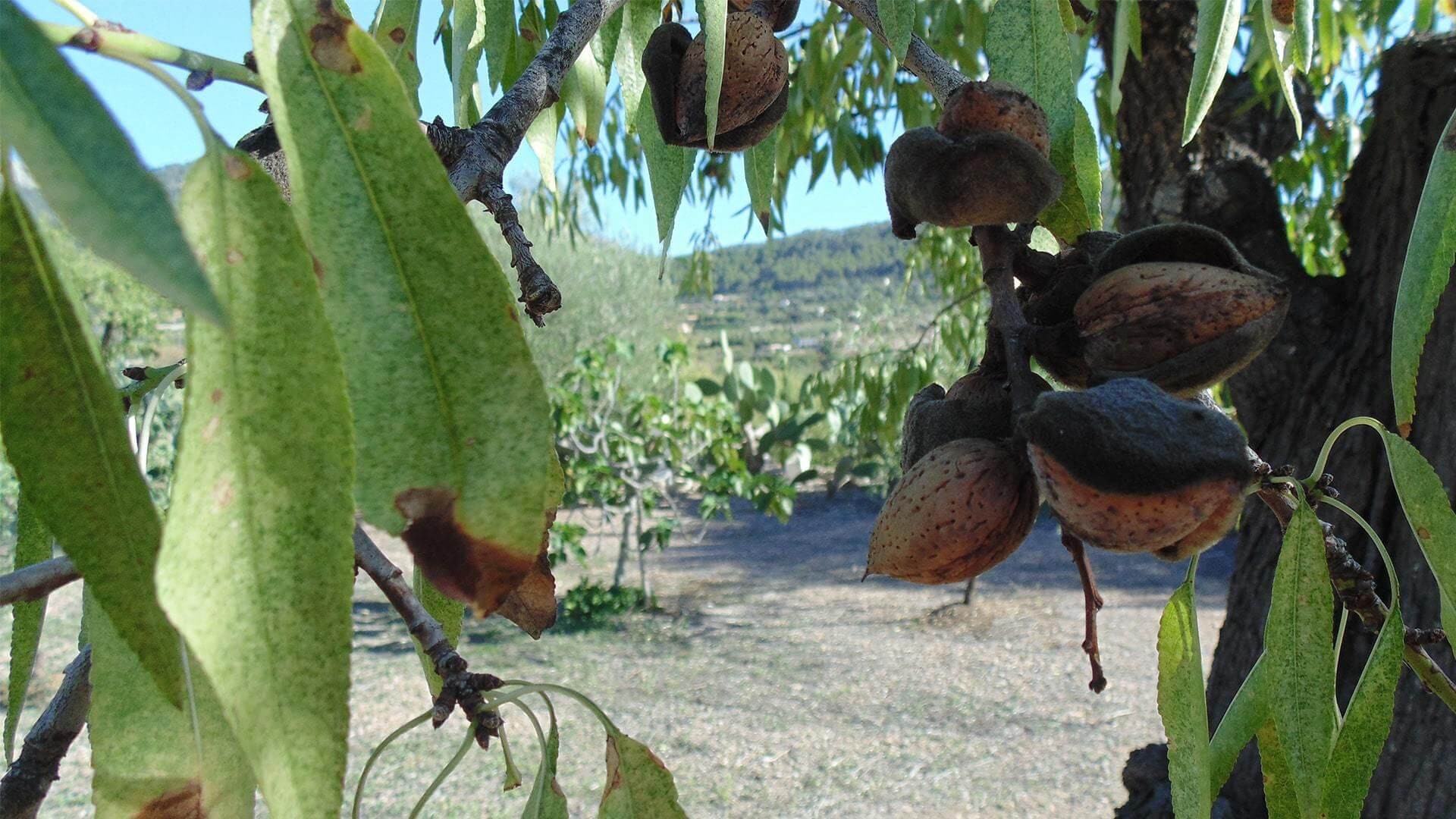 Since the infection hit the island over a decade ago, an estimated 150,000 Mallorcan almond trees have succumbed according to scientist Eduardo Moralejo, who has been following the path of the disease since 2010. With this estimate in mind, Moralejo's conservative guess is that somewhere between 800,000 and 950,000 trees are affected. That’s 70% are currently infected, though official numbers come in at a significantly lower 50%.

It has been assumed the disease was brought from Italy in 2010. But Moralejo’s research, which was presented to the Mediterranean Institute for Advanced Studies, shows this strain came from California so therefore may have been here longer than a decade. No one knows for certain.

What this translates to is that producers have lost crops at a rate of roughly 1,000 hectares every year. The only governmental response producers have received is this is a pathogen with no cure. The current EU protocol states that it is necessary to destroy infected trees and the surrounding vegetation for 100 metres around the infected trees, a practice that Joan Simonet, Professor of Agricultural Engineering at the University of the Balearic Islands, says is completely ineffectual as it doesn’t act on understory plants who can harbour and transmit the bacterium.

So far, the Balearic Islands have pinpointed five different strains of the bacterium. This is slightly alarming, as Italy, who is also battling the disease and is 100 times the size, has only documented one strain. 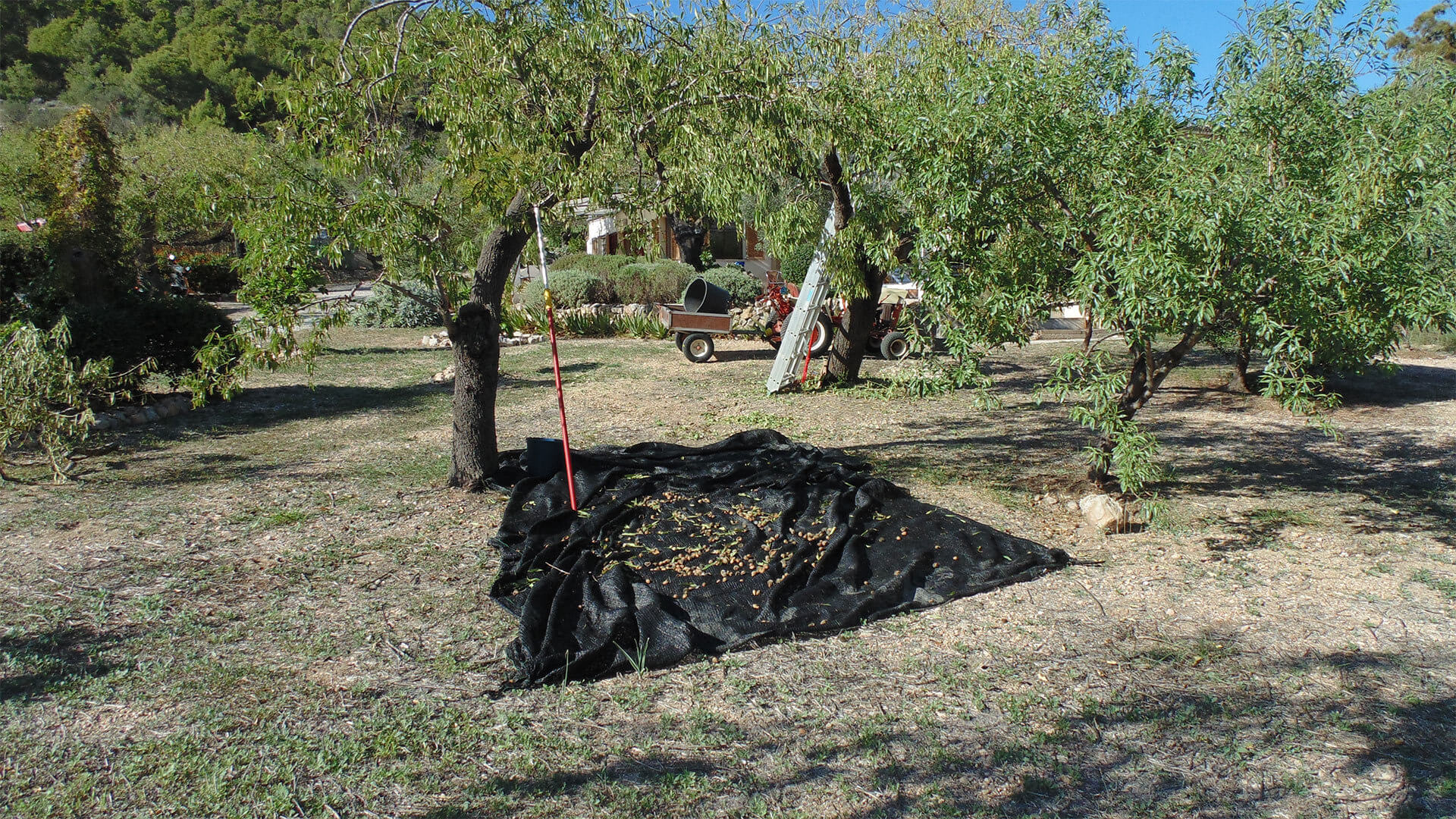 Spain is the second largest producer of almonds in the world. More than 200,000 tonnes are grown annually and the almond is used by the Spanish as an element of many recipes for cooking, sweet and savoury.
Cosmetic manufacturers also use the hypoallergenic oil as a base in many products since it has all kinds of nutrients for skin.

California, though, is the reigning champ in almond production with each year output being over two million tonnes. Nearly 80% of the world’s almonds currently are grown there, though threats to this huge cash cow are everywhere.

Endless water shortages, unexpected freezing spells, fires and, yes, X. fastidiosa are portending changes in the next decades. If California’s output is significantly diminished then world output is seriously affected and prices will skyrocket.

Couple this with the fact that the three next largest producers -Spain, Iran and Morocco - all have X. fastidiosa present. Almonds may not just become a luxury but an endangered species, if nothing is done to stop the further spread and find a cure.

Happily, the disease is finally being taken seriously and a number of entities are coming up with creative ways to combat the problem. Studies are being conducted all over Europe that are looking to slow or eradicate the bacteria’s power and save our trees.

One company, Plant Health Lab, is carrying out studies to seek out species of almond tree resistant to the sickness. Research is slow going but, so far, they have identified several resistant varieties. The other side of this is that those varietals particularly vulnerable to the pest are being banned, thus lessening risk of continued transmission. These findings have prompted the EU to start lifting prohibitions on replanting in infected areas, allowing farmers to start rebuilding their crops.

Controlling the spittlebug population, the primary transmitter, is another path being taken to help stop the spread.

An organic treatment called Dentamet is in the testing phase whereby a cocktail of zinc, copper and citric-acid hydracids are combined and sprayed on infected trees. The results, though not conclusive, were encouraging and showed a reduction in the severity of the disease in the treated plants versus a control group.

Where is largest production of almonds on Mallorca? #

The main area of almond production on the island is the center of the island in the Raiguer Region. Bunyola, Santa María de Camí, Marratxi, Lloseta and Selva are most conducive to agriculture with direct access to Palma via the Ma-11 and Ma-13 which are linked through quaint back roads. 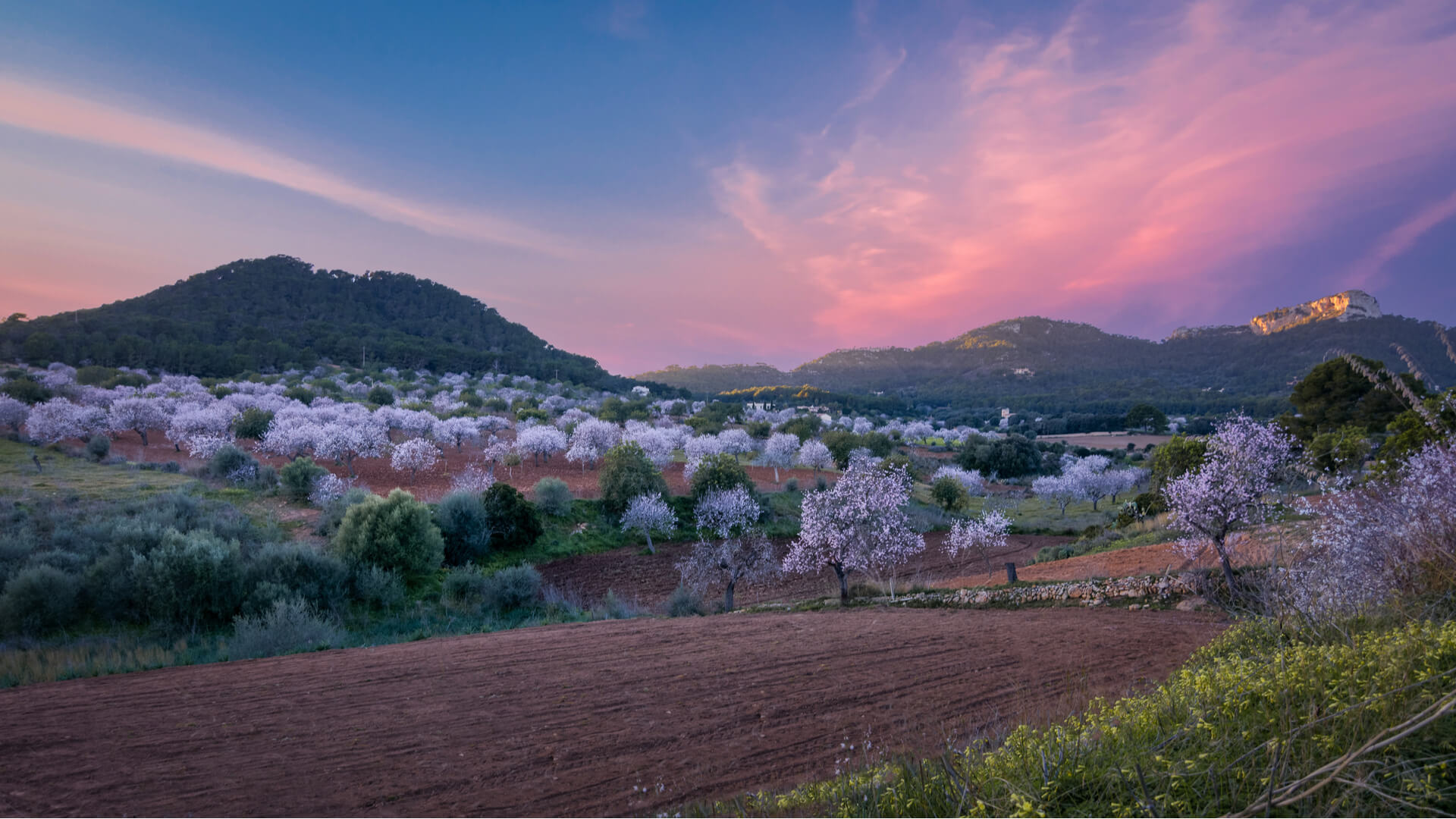 Mallorca’s almond trees are in danger. Farmer’s livelihoods are at risk. But measures are finally being taken to ensure they are not completely wiped off the face of the island. With some vigilance, elbow grease and a bit of luck, Mallorca almonds will continue to be enjoyed for generations to come!

From Grape to Glass – Mallorca's Vineyards