Walking Tour at the Vulture Sanctuary

“Don’t play dead with a vulture…That’s exactly what they want.” – Kevin Nealon

Vultures are perhaps one of the world’s most misjudged creatures. At least so say the folks at the Black Vulture Conservation Foundation in Campanet on the MA-13 between Inca and Alcudia (take exit 35 if coming from Palma, or 37 if coming from Alcudia). Two species of these fascinating birds reside full-time on Mallorca, one native, the other fairly recent expats like so many of us.

The importance of these birds is underrated, as they are truly at the end of the food chain, eating carrion that would otherwise spread pathogens from the carcasses of the animals they feed upon. They are not killers themselves, as they have no diving skills, nor the necessary claw strength. It is believed that they are monogamous and mate for life, with the pairs staying together year-round and families associating together more so than with “strangers”.

With so much to learn, why not get to know the world of the Black and Griffon Vultures of the island with us here at Affordable Mallorca!

European Black Vultures are the largest of the raptors found on both the island and in Europe. They have an impressive wingspan of 2.5 to 3 metres and weigh in at between 6.5 up to a whopping14 kilograms.

They are called the Black Vulture because of the fine black down on their heads, but their bodies are actually a dark brown colour. They have distinctive blue-grey beaks and legs.

The colony in the Tramuntana Mountains of Mallorca is important to ornithologists as ours is the only island in the world that has a breeding population that is growing at a good pace. In 2017, the Island Government's Department of Environment who are responsible for monitoring the species, counted 36 territorial pairs, 32 of which had laid eggs. One of the 27 chicks that hatched one died within the first few days of its life, but 26 fledged – the highest number since the monitoring of the population began in the seventies. This gives hope that the diminished numbers will continue to rise so that generations to come will be able to commonly view these lovely raptors in the wild once again. 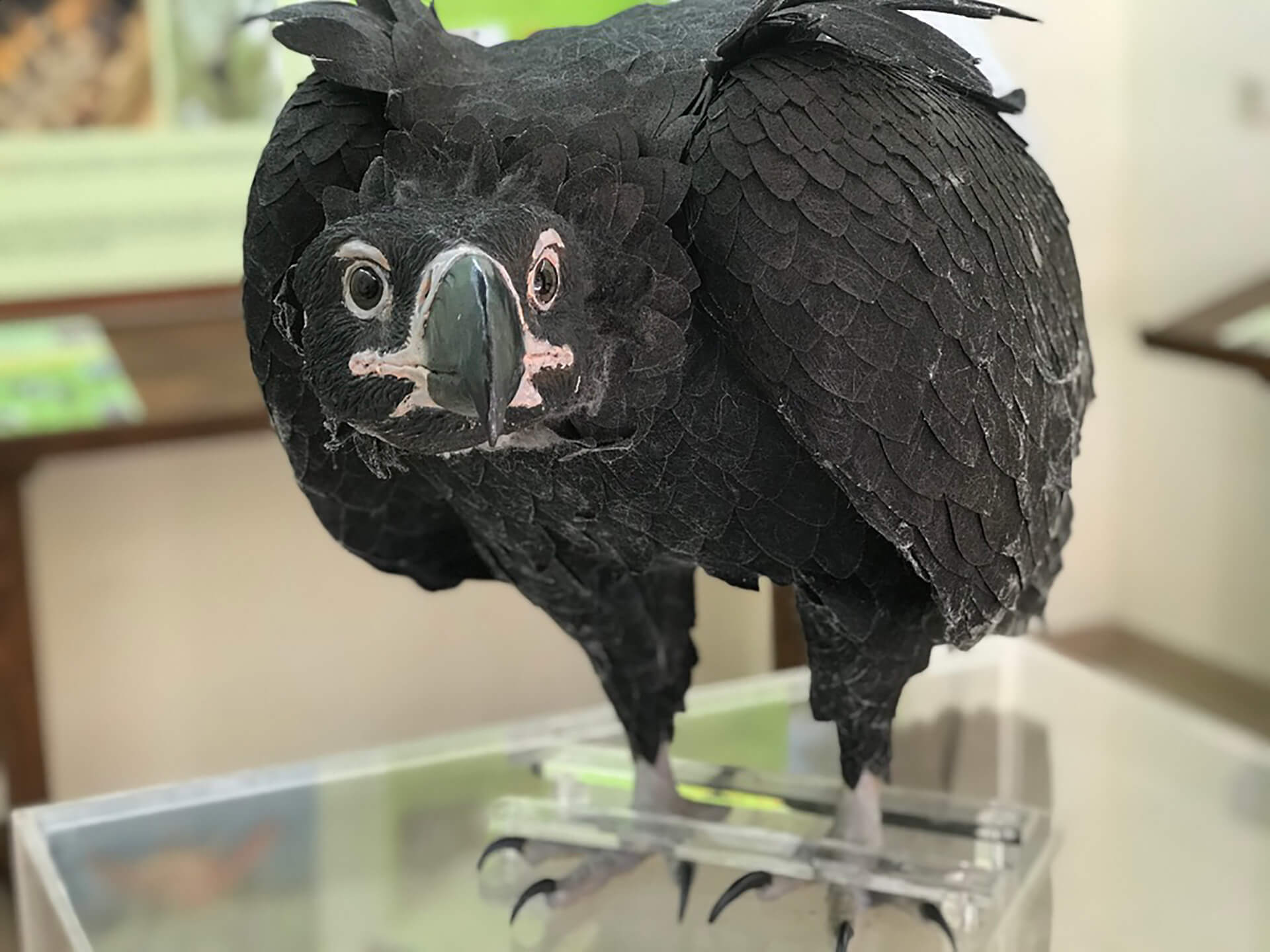 The Griffon Vulture is normally a mainland bird and is also known as the Eurasian Griffon. They are big, with a 2.3 to 2.8 metre wingspan, though weight varies wildly. Males can weigh anywhere between 6 to 10.5 kilos and the ladies come in at 6.5 to over 11 kilograms.

These birds are naked when they hatch, typical of Old World vultures, and have a snowy white head and neck ruff, short tail feather and a yellow beak.

In 2008, on the wings of a strong westerly storm, the Black Vultures of the island got company from about 100 Griffon Vultures, who previous to this time had only stopped in for short spells. A monitoring program was put in place, and as of this writing, scientists from the Spanish National Research Council CSIC are still researching whether these new arrivals are a competition or have any other impacts on the Black Vulture population. 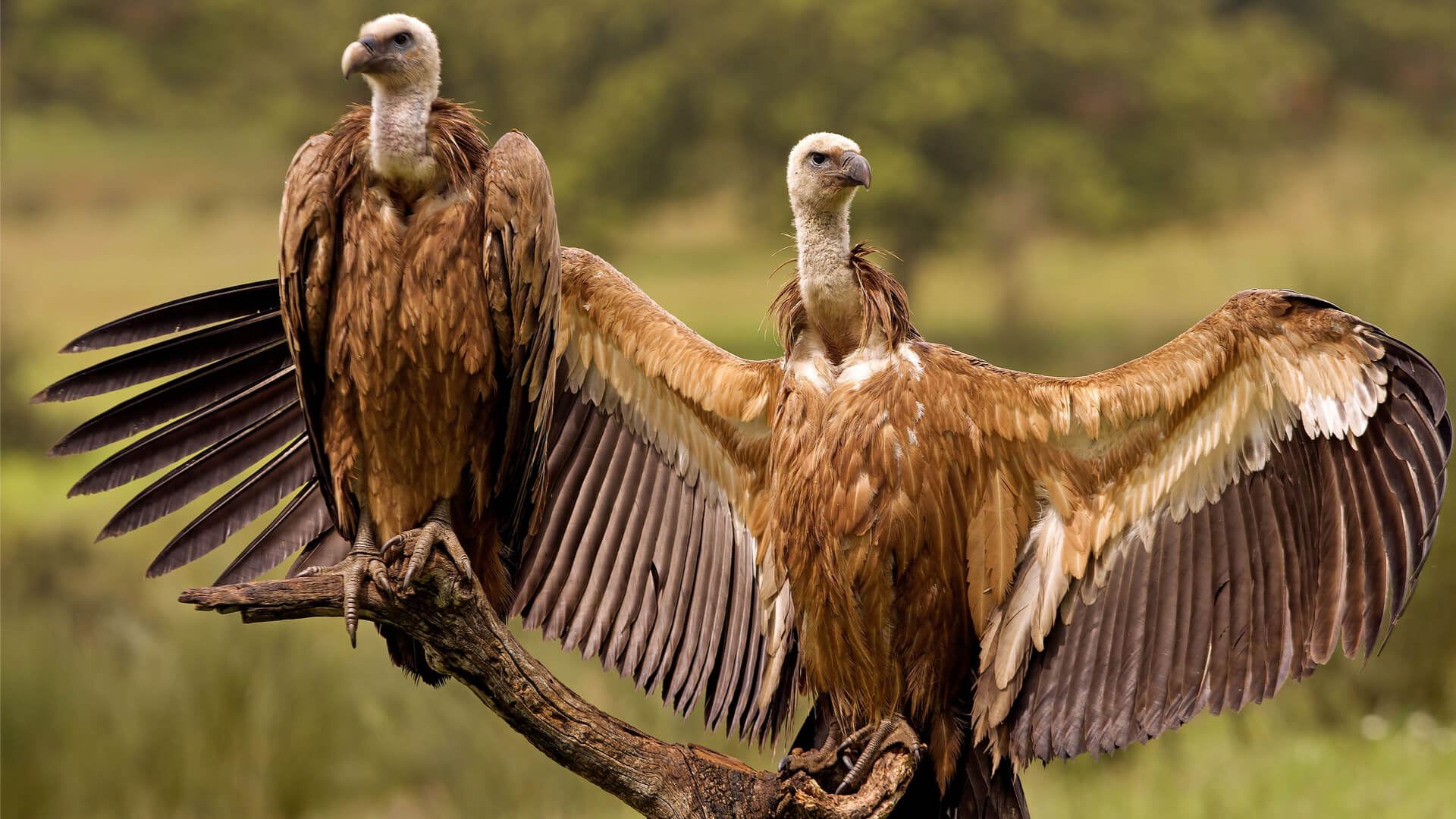 Started in the 1980’s when the indigenous black vulture population on the island had plummeted to a mere 19 birds, the Black Vulture Conservation Foundation began as a way to work with the regional government to stop this bird of prey from going completely extinct.

They found their first success in 1986 when a baby was born at Son Reus, and later released into the Tramuntana to help the floundering population recover. As the years have gone on, the foundation has had several successful mating seasons, with 2014 being a particularly stand-out year, boasting 25 breeding pairs and 16 fledglings. Today’s population now sits at about 250. Then in 2008 the Black Vultures got company from about 100 Griffon Vultures who arrived on the island on the wings of a great storm.

The foundation works tirelessly to maintain and monitor the local populations, as well as doing outreach breeding programmes with more than forty zoos in Europe, reintegrating the Black Vulture into France and Catalonia and fighting against the use of using poisoned meat (mainly to kill feral cats) that could be ingested by vultures, also killing them.

Tours are available and the staff are knowledgeable and happy to answer questions. Nora, the lady who spoke to us was particularly on top of things and told us little fun facts we’d not usually be able to hear about otherwise. For example, she told us mating couples produce only one egg per year, making each one precious. She also told us vulture parents believe in tough love and kick their offspring out when they’ve grown to make room for the next batch of babies. The visual on that was enough to give everyone a chuckle and make our day. 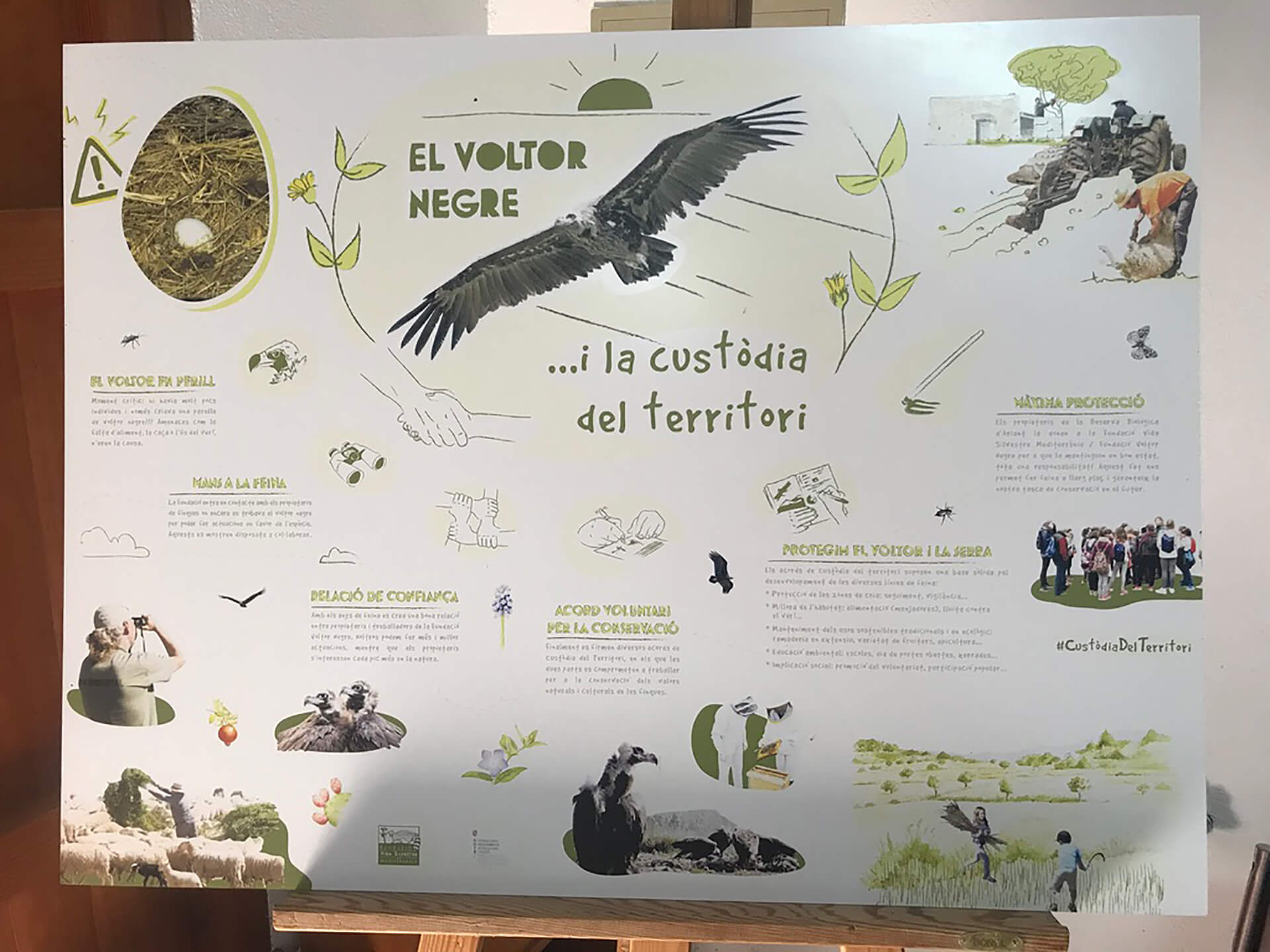 On site, there are only birds who were injured and can no longer look after themselves. This gives visitors the opportunity to see seven Griffon and two Black Vultures up close and personal and see in real time what amazing creatures they are.

The centre is open every Monday, Friday and the first Saturday of every month. From 1st September until 31stMay, the hours are 10h-14h. From 1st June to 31st August, they are open from 9h-13h. Entry is free, though donations are welcome.