Editor’s note: Although this article was written in the summer of 2018, it’s as relevant as ever. If you want to know what you might come across when swimming or boating in the Med read this article!

I don't know about you, but ever since I saw Jaws, somewhere at the back of my mind there has been this tiny voice telling me to watch out whenever I am about to dip my big toe into sea water. I never go in without watching for those tell-tale triangular fins cruising about along the buoy line. And swimming in deep waters gives me the shivers.

And now this: Scientists aboard the Alinitak cruising Balearic Waters during their 2018 expedition under the command of chief biologists Ricardo Sagarminaga Van Buiten report about a sighting of … yes, no less, the Great White himself. And not just anywhere: they saw it, photographed it and videoed it within the range of the Island Nature Reserve of Cabrera. Which is just off the East coast of Mallorca. Which is a mere 16 kilometres from where I go to dip in my toes (and, eventually, all the other dear parts of my precious body). Let's have a look at the facts: Sightings of sharks are rare. Those of Great Whites even rarer, although their presence in Spanish waters is well documented. Spottings have been recorded off the coasts of Costa Brava, Levante and Catalonia. But contrary to what movies, my (sub)conscious fears and the general feeling suggests, the Great White does not pose a threat to humans. Only one fatal attack was ever recorded in the Balearics – and this was way back. It happened in 1912, when the Governor of Cabrera fell into the water off the Isle of Cabrera …

Well… isn't that is exactly where this Great White was spotted?!

So you might be relieved when reading this: Since the first photos' release on June 29th, two more sightings have been reported, one of which was off the east coast of Mallorca. In a video taken at this occasion, the shark can be viewed at closer range, and scientists give the 'All Clear': What was thought to be one of the biggest predators of the sea has some very fine, very large gills running from the top to the bottom of his head. It's NOT a Great White! It's a basking shark, one of three plankton-eating shark species. Despite their enormous size and threatening appearance, basking sharks are not aggressive and absolutely not interested in chewing up people.

The Species Found in the Med #

An overall of forty-eight different shark species populate the Mediterranean Sea. The basking shark is the second-largest living shark, measuring up to 10 metres, as compared to the biggest of them all, the whale shark, reaching up to 14 metres. And the smallest one? It's the dwarf lantern shark, and it fits in the palm of your hand.

Forty-seven species of sharks roam the Balearic waters. However, since only one fatal shark attack was ever reported around the islands, and it happened over a hundred years ago, you can relax. You are at much greater risk of getting a sunburn or sunstroke on one of Mallorca’s many beautiful Blue Flag beaches than you are of being eaten alive. The secret to staying safe? Make sure to wear a hat and use a good sunscreen! 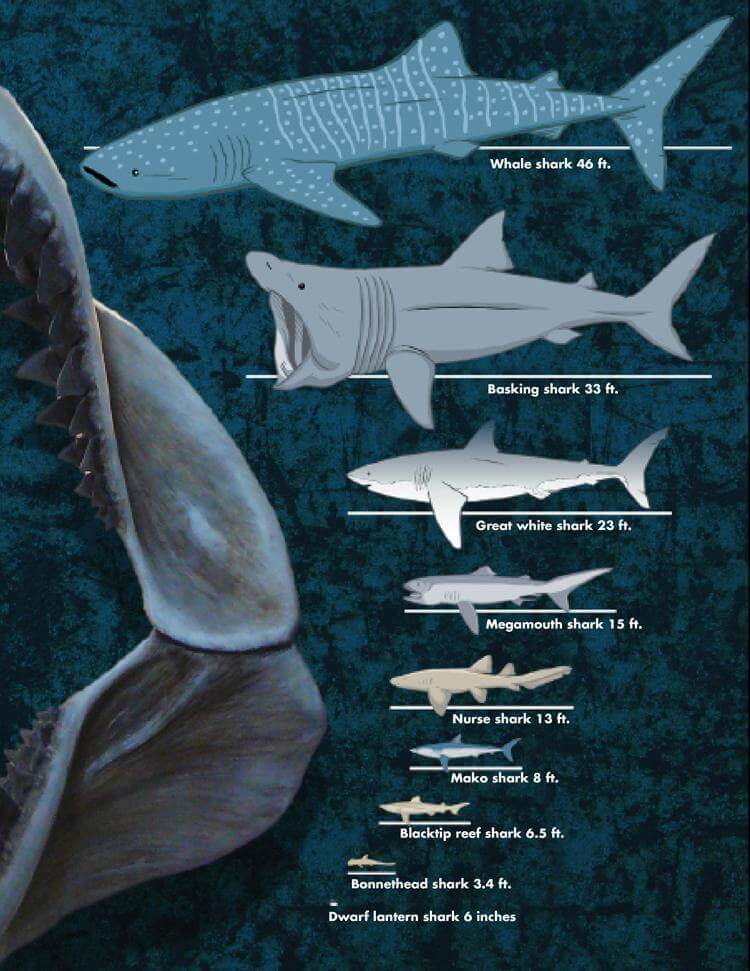 © Courtesy of the Aquarium of the Pacific, Long Beach, California