"Whether you are seeking a cool place in peak summer months, a quiet retreat from the tensions of the world or a holy place where the Father of the Catalan language found Enlightenment, Santuari de Cura is a must."

Located on top of Puig de Randa (543m), the highest peak in the center of the island, this hostel and restaurant provide one of the most welcoming experiences on the island for a fraction of what you would pay anywhere else.

Three Santuaris – Gracia, Sant Honorat and Cura - are located on this mountain in Randa, near Algaida. Toward the top of the peak, remains of a defense fortress date to Islamic times. Legend has it that in 1274, Ramon Llull, Father of the Catalan language, received his Enlightenment here.

I knew nothing more than this when a friend invited my husband and me on a sweltering day in early August to join her family for dinner at 8:30 p.m. so we could watch the sunset. On our way, we drove through Algaida, then made a left at a small road and found ourselves behind people on horseback coming in from a long ride in the valley. We passed a horse farm and went up through the village of Randa, with the most unusual rock formations the likes of which I have only seen in one other place on Mallorca, the road to Esporles from Calvia.

The winding road then took us into the campo, giving vistas of all four directions. 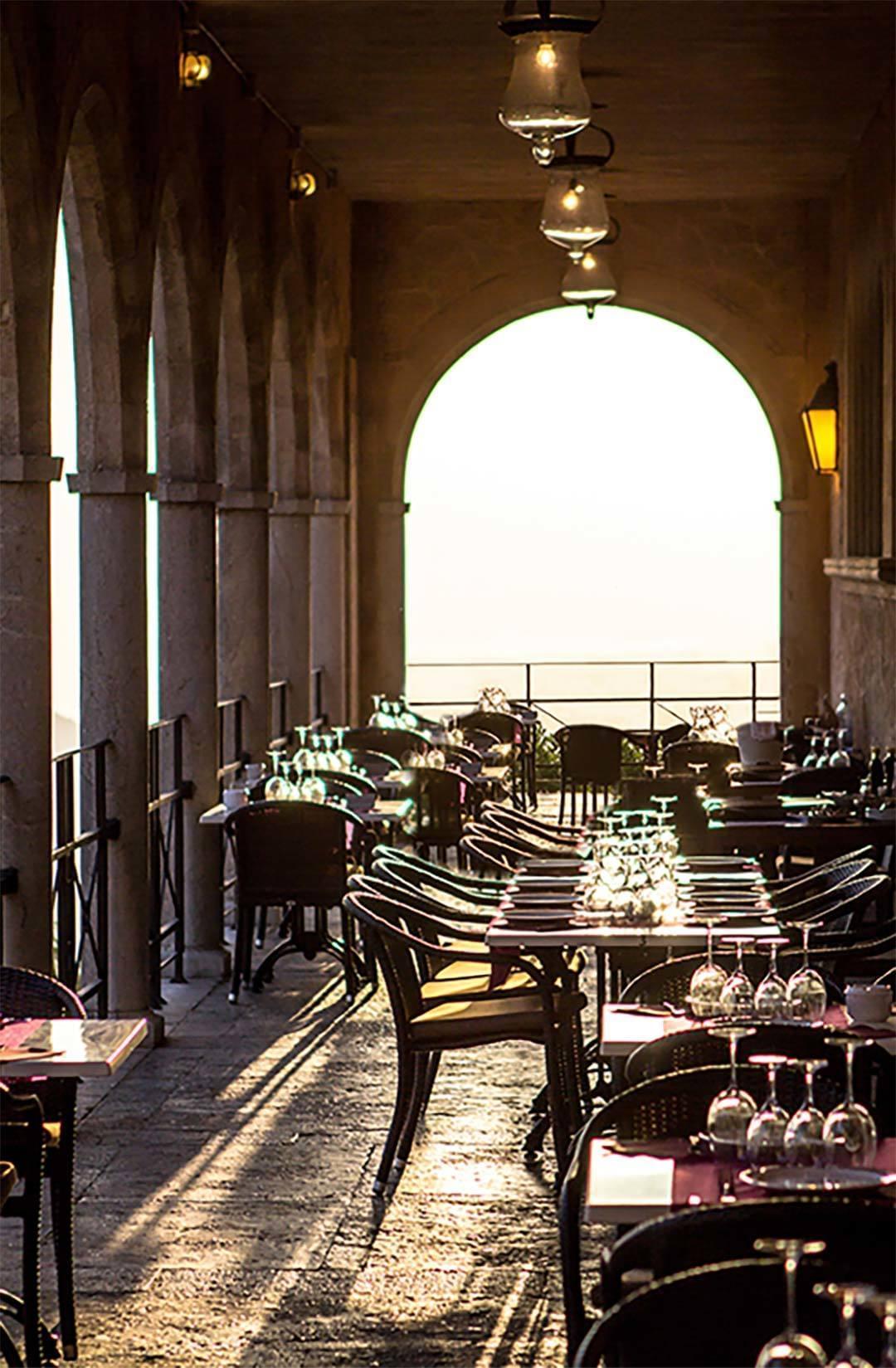 An Oasis of Cool #

Shortly before arriving at the Santuari de Cura, we came passed a weather station with satellites, which broke the ethereal mood, until we walked through the gates and realized the weather up here was actually spectacular. The air has a softness like nothing else on the island. When leaving Andratx, temperatures had been 34C half an hour ago, whereas up here it was a mild 24C, dropping to 21C during dinner. We needed our pashminas to keep us from the chill. Delight during a heat wave!

The food was a mix of traditional Mallorquin and Spanish with vegetarian choices. My favorite was the Bacalao (Cod) and pumpkin risotto. We then enjoyed the most typical of all Mallorquin desserts – the Gató de almendra con helado (almond cake and almond ice cream), with local almonds used as the main ingredient in both dishes.

"The entire staff was gracious, always smiling, friendly and multi-lingual. So, if you do not speak Spanish, that should not deter you from enjoying dinner or the hostel."

And absolutely affordable, too. #

For a dinner serving five people, with three full courses, bottles of precious water plus coffee and tea after dessert, the bill’s total was €113. None of us drank vino tinto or vino blanco, so add that cost if you want nectar of the gods with your meal.

I asked our friends what they were paying for rooms. They had booked directly and received a bottle of prosecco upon arrival with a double occupancy, four-night stay, costing €300 during high season.

With a rental car at €28/day, they were able to drive to all the beaches and enjoy the evenings in Palma on a budget of less than €500 for each of them.

Find out more about Randa and nearby Algaida: the villages' rich history, the atmosphere and also why they may make good property choices for you.

How to Book Affordable Flights