To be a great Stewardess you have to find a way to give somebody who has everything, something. That something is an unforgettable memory. It’s like a game of chess - you have to be seven steps ahead of them.

Galaxies away from discrete, the mysterious Yachting Industry draws our curiosity to the opposite end of the spectrum, demanding our attention.

A charter guest’s experience onboard a super yacht is expected to be nothing short of magnificent, far beyond the ‘five-star’ experience. But who is behind the magic and just what, exactly, takes place onboard a floating paradise?

What does it take to be a Yacht Stewardess? #

As if dressed in camouflage, crew float across the deck and glide down corridors unnoticed, like salt particles swirling within a gentle sea breeze. The Stewards and Stewardesses are bearing the front line, greeting guests with warm smiles in the morning, wishing them a goodnight's rest in the evening, serving meals from sun up to sun down, waiting on them hand and foot (quite literally sometimes) and in between it all, cleaning, cleaning and more cleaning! 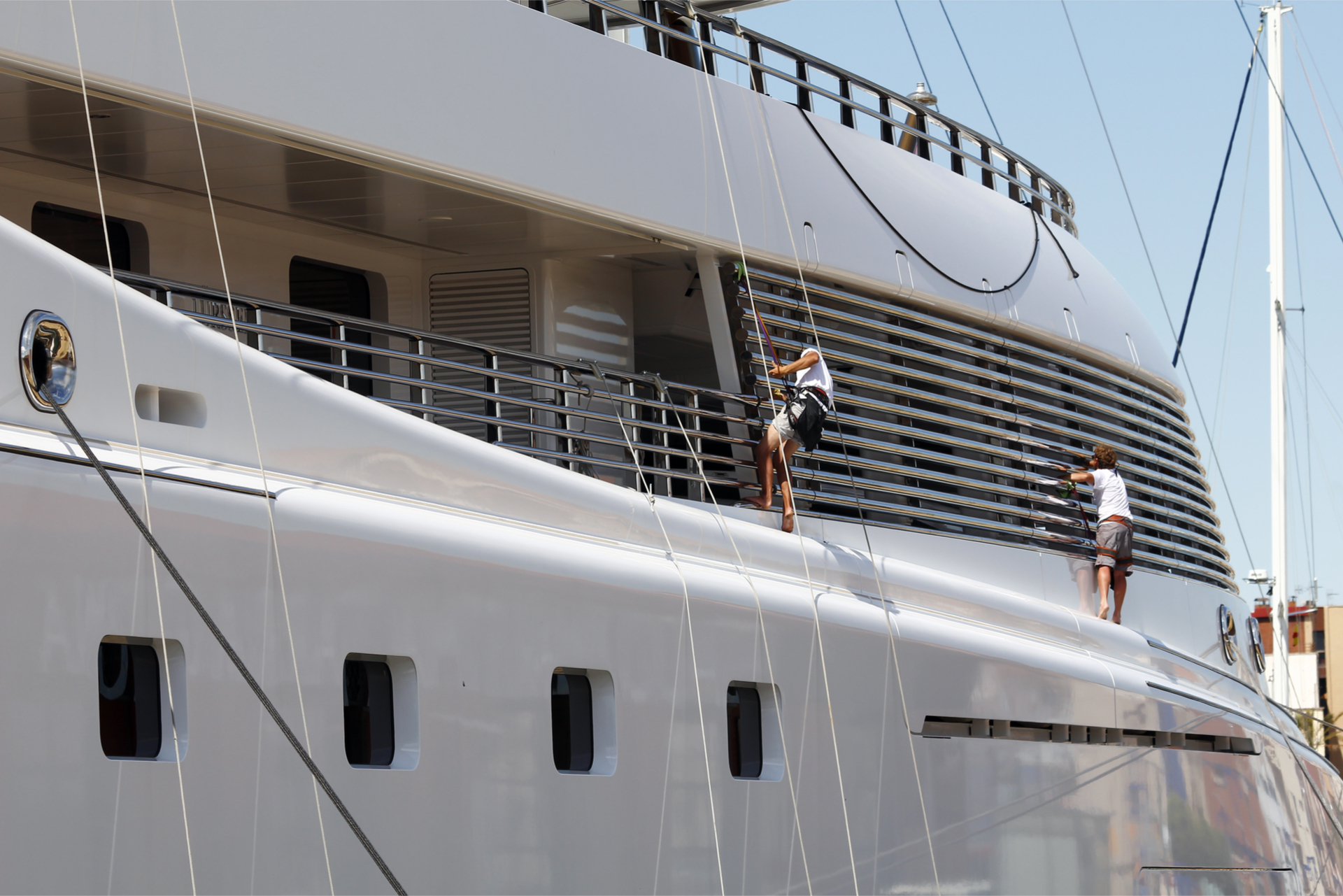 Stewardess Laura Provost, nearly 9 years in the industry, had this to say when asked what it means to be a Stewardess, having worked on both private and charter, sail and motor yachts ranging from 23 to 60 metres.

“When I found the world of professional yachting, it seemed too good to be true, and it is as long as you’re healthy both physically and mentally.”

Crew live in close quarters, sharing every waking minute of every day together for months, sometimes years at a time. Personalities are as abundant as nationalities. Yachts typically follow the warm weather which often means working a laborious job in the Caribbean or Mediterranean heat. 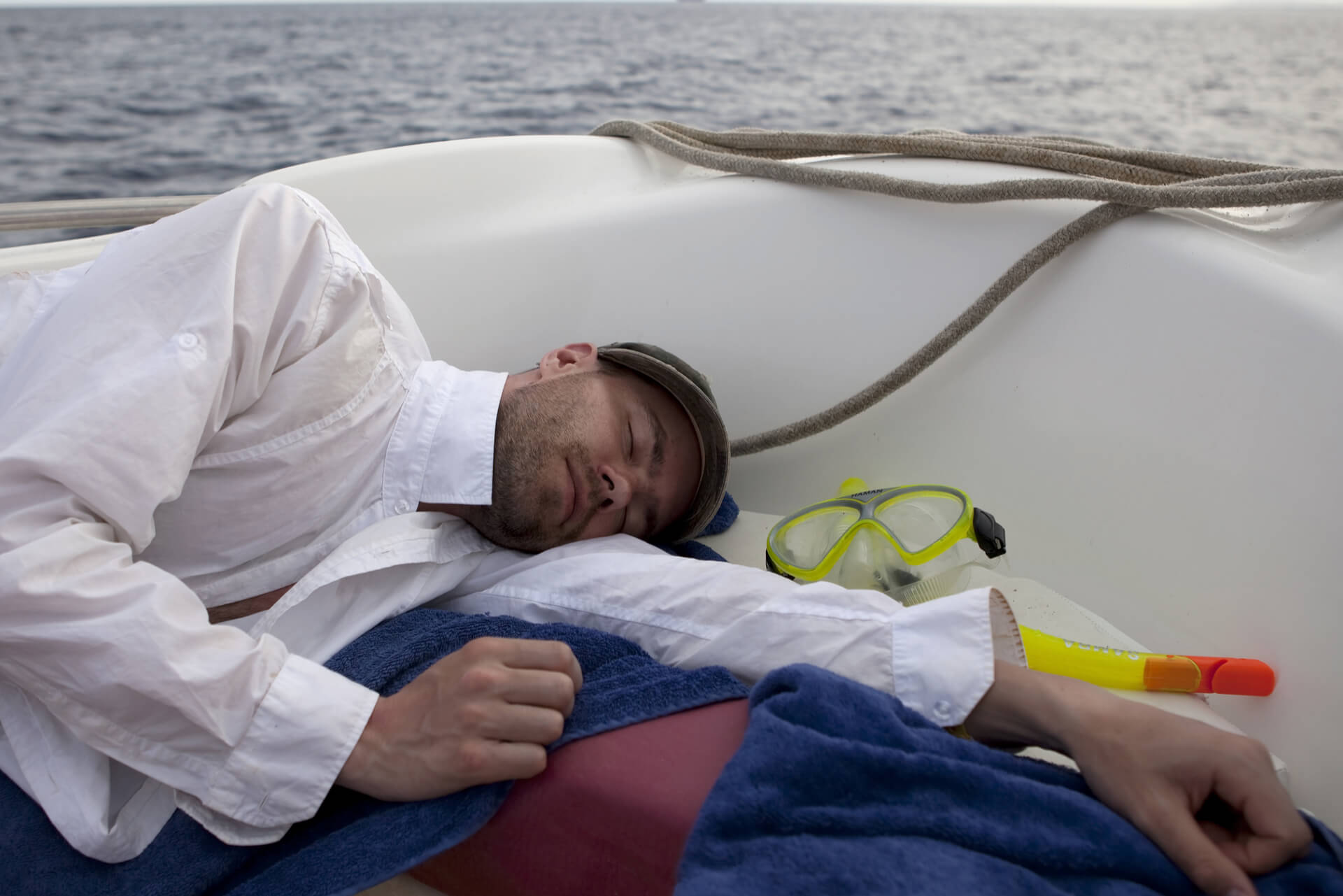 The Maritime Labour Convention (MLC) enforces hours of rest to ensure the crew are getting enough sleep, however, the hours crew work are far beyond that of the average job.

“Sleep deprivation can be a real issue. I struggle to go straight to sleep after working all day. Sometimes it takes me an hour to finally fall asleep, cutting into my rest hours.”

As we all know, lack of sleep can make us irritable. Add several weeks of it and there can be high levels of stress involved.

“Anxiety and yachting do not mix well. If your mindset is off the world can feel like it’s crashing down on you. I’ve definitely had a few meltdowns along the way. Equally, I’ve had what will probably remain some of the best experiences of my life. I sailed across the Atlantic, flown on a private jet, ate at some of the greatest restaurants, dinners that cost more than I earn in a month!”

Yachting is and seemingly always has been a booming industry, offering crew a high paying opportunity of traveling around the world.

“It’s almost impossible for me to grasp just how much money we’re talking when it comes to yachting. Millions can be spent during a shipyard period when no guests are even present” 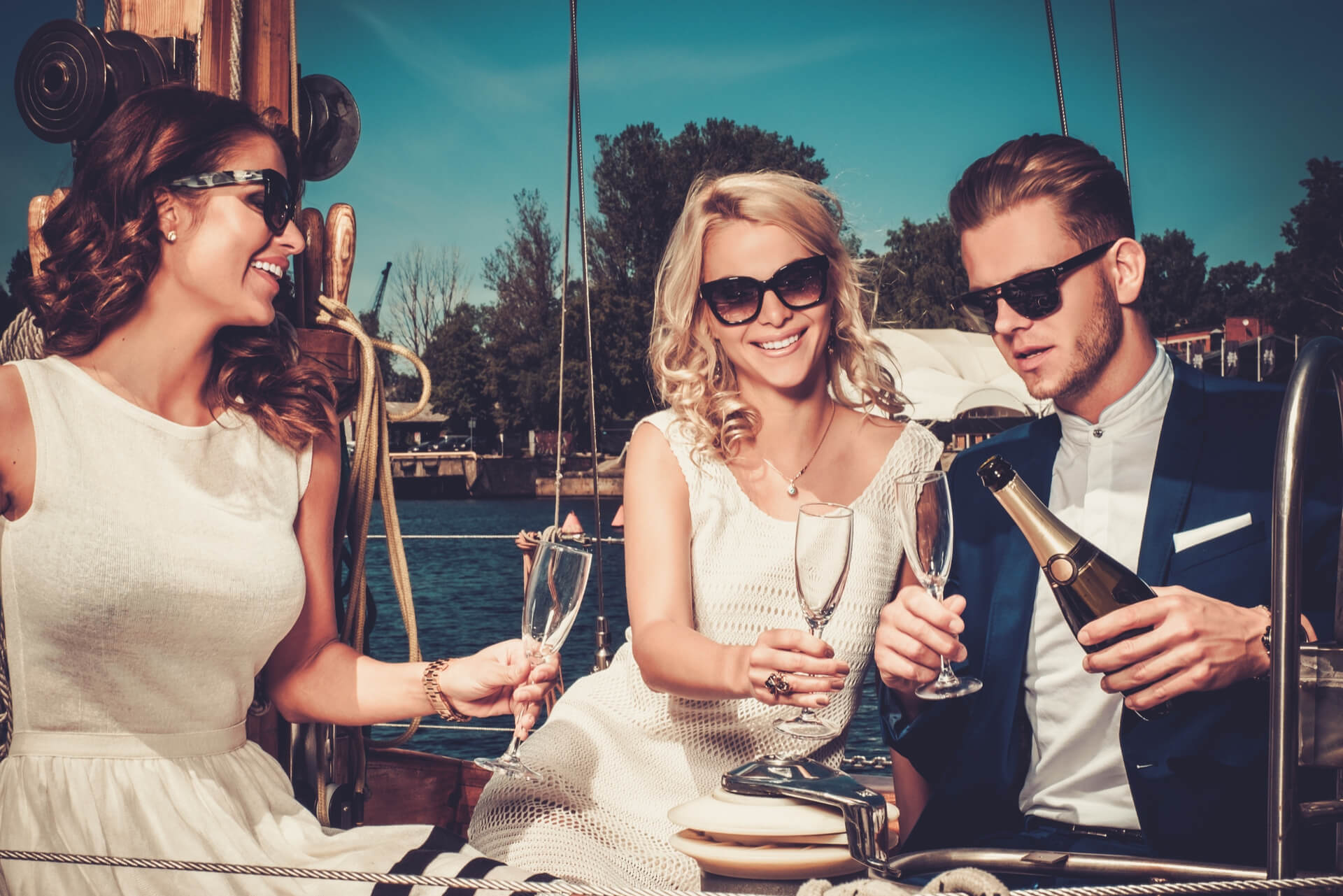 So, what do you see onboard? #

“Yacht crew become excellent story-tellers. The things we see and do would surprise most people,” Provost tells us, laughing to herself. “Discretion is part of our job. I feel like after years of being on boats, I’ve almost normalised strange requests and behaviour. Not much could shock me these days.”

Although the job includes the day to day tasks, Stewards and Stewardesses are communicators; they are the ones who engage in continuous one-to-one interaction with the high-profile guests… and their interesting requests.

“A friend of mine told me how they had to pay an incredible amount of money to get a bottle of ketchup shipped from one Caribbean Island to the other because a guest insisted on a specific brand. Apparently as the trip went on, it only got worse.” 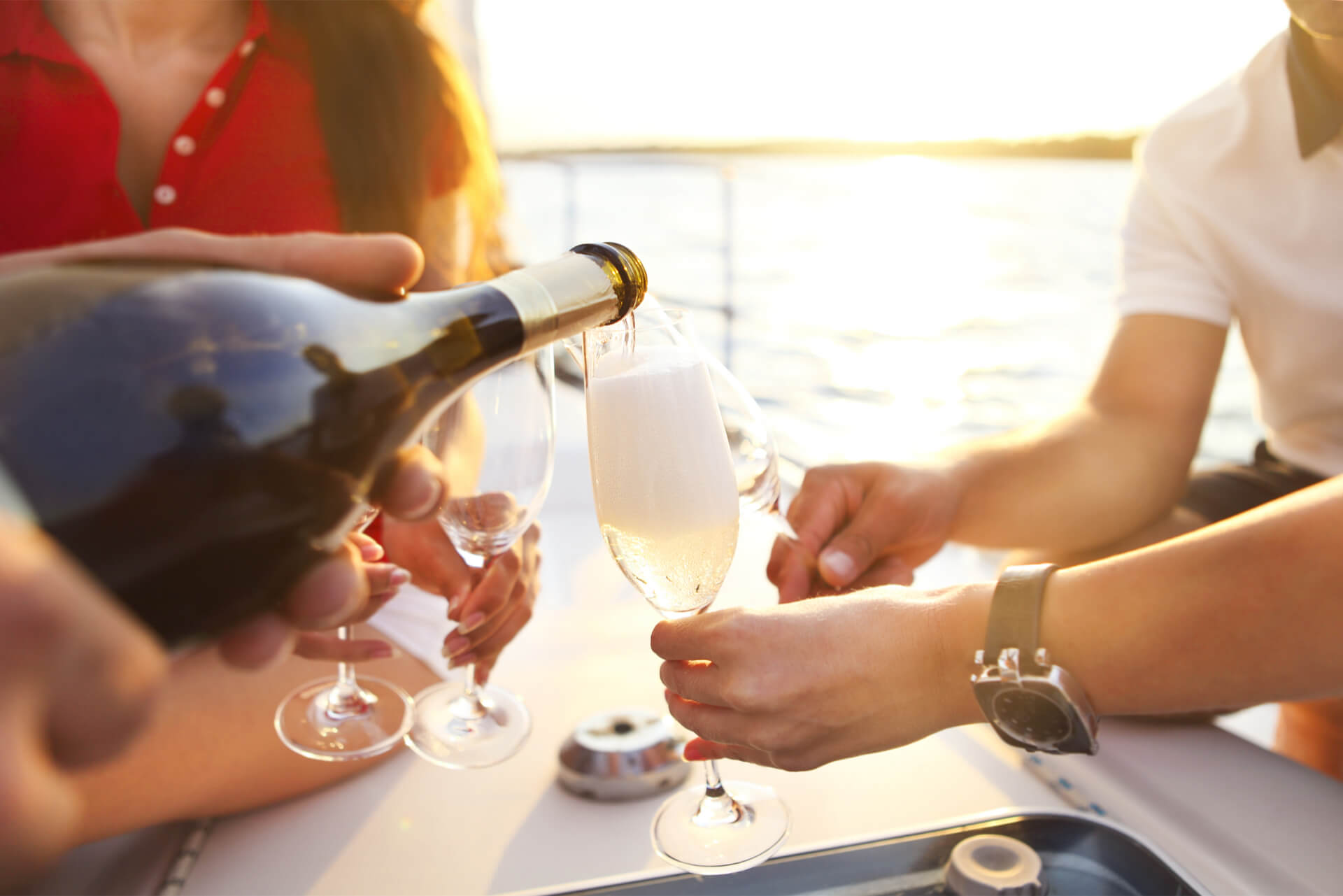 Apart from strange requests, Stewardesses are responsible for the mood of the boat.

“Beyond the standard roles, we have to sort of create an environment of comfort for the guests. It’s important to be able to communication eloquently and professionally. You learn as you go really. With some guests you remain professional, using their titles, others ask you to call them by their first name. Some want to get to know you and see what you’re all about.”

We know that yacht crew brush elbows with the most financially successful people on the planet, bearing witness to how they spend their time and money. Provost has a few life lessons she’s taken away from her years on the water.

“Mostly I’ve learned that money really, really doesn’t buy happiness. I’ve crossed paths with some of the loneliest people. I’ve witnesses people with depression, mental illness, drug and alcohol problems. On the other hand, I’ve met guests who aren’t afraid to live, they aren’t saving that nice bottle of wine for a special occasion, they open it becauseit’s a Monday.” 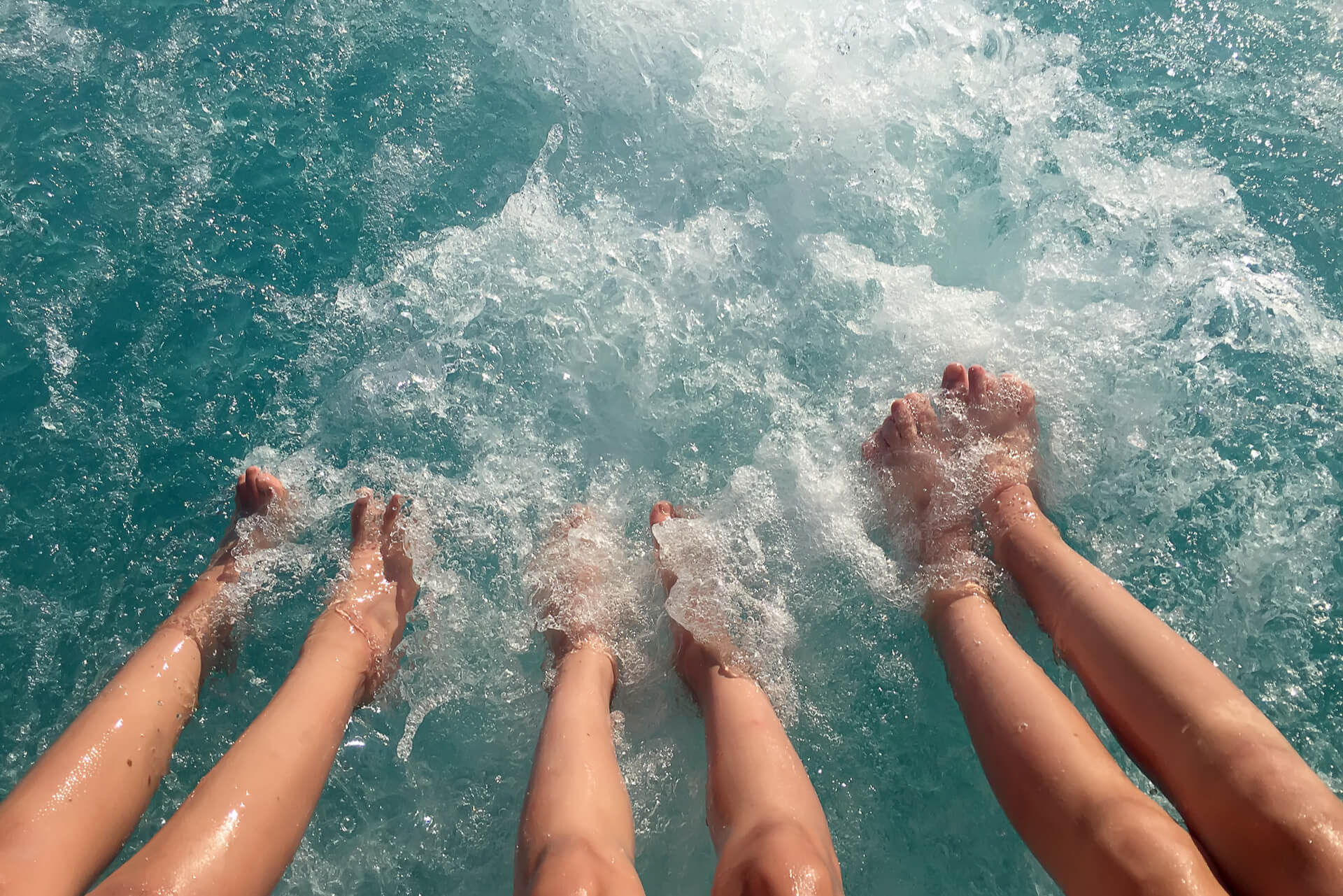 Provost expressed that at the end of the day, everyone appreciates the little things like an unsolicited cup of tea first thing in the morning, or ironing guests' clothes before they have to ask.

The future of yachting #

In a world riddled with economic crisis and global disarray, the yachting industry continues to expand. According to Transparency Market Research, a company leading in analytics, research, and advisory services for Fortune 500 companies, the global yacht charter market is projected to earn a nearly $15 billion by the end of 2025 and super-yacht crew are pouring it into their crystal champagne stemware. 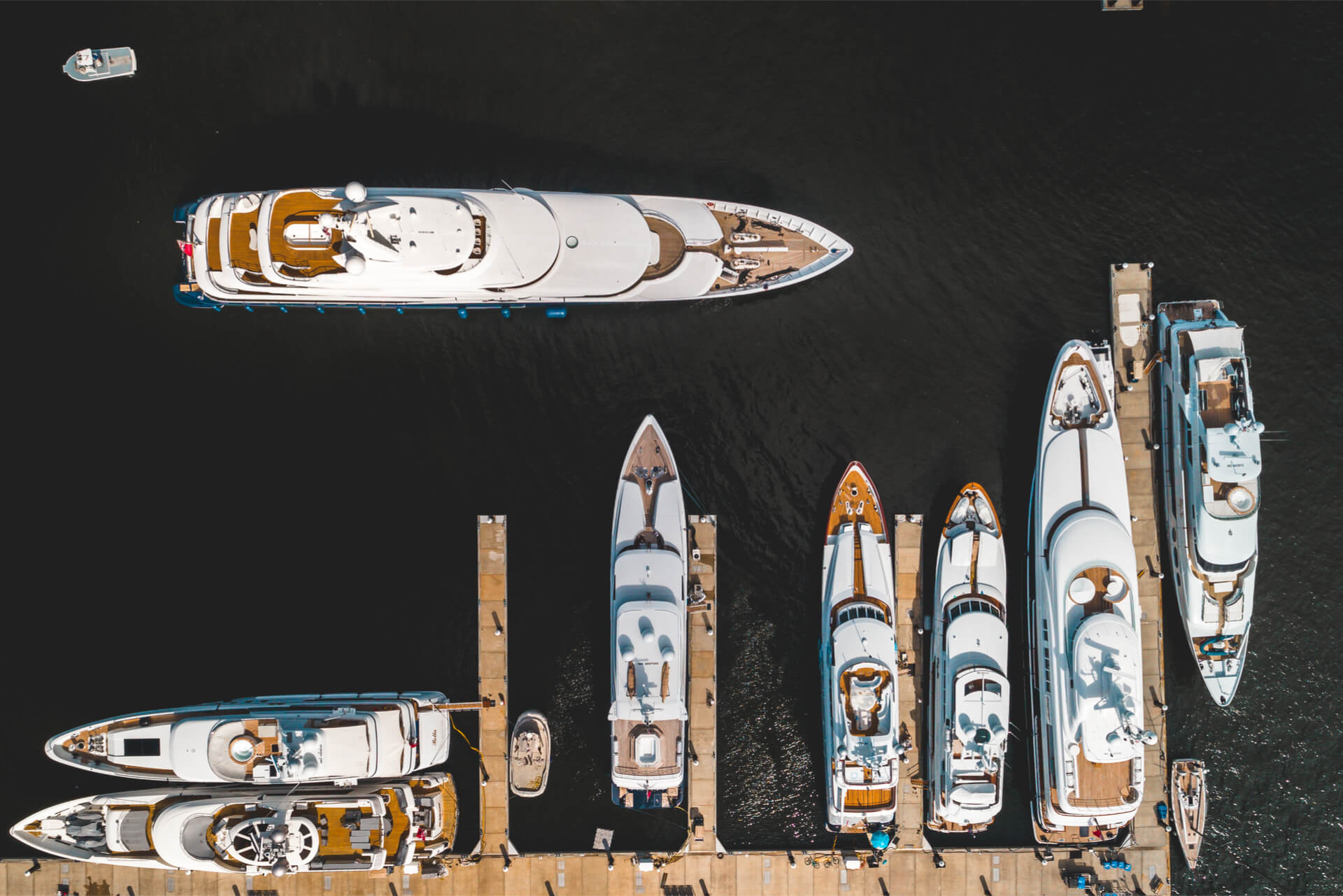 “I joined yachting in 2009, immediately after the 2008 crisis hit. Michigan (her home state) was economically devastated so I packed up and moved to Florida. I honestly didn’t even know the industry existed before then.”

The yachting industry employs roughly 50,000 qualified crew members and rising. Quite a lucrative market as well as an exceptionally interesting line of work.

Would you do it? Would you be willing to work the long hours and serve breakfast to say, Beyonce or Eric Clapton?

Affordable Mallorca tip: For other ways to make a living on Mallorca read our Relocation Guide