When Allen was part of the Salvation Army, he was a captain and someone said to him ’You know the children’s home have had their bicycles stolen?’ It was just coming up to Christmas and he managed to get 45 bicycles for the home by Christmas. Allen said ‘I’m going to make it a pledge that every year I will make sure that all the children in the home get a Christmas present. And he did and that was the start of it really.” ~ Rosemary Stone Allen

It only takes one good person to start a snowball, and even an avalanche of positivity. The such man was Allen Graham. I was fortunate to interview Allen in 2005 when, over several café con leches, we talked about his life as a Salvation Army captain and his determination to help children on Mallorca who, through no fault of their own, did not have the family support that most people can rely on early in life.

I was saddened to hear that Allen passed away in January 2020 but his legacy lives on through the charity that was created in his name. His wife Rosemary Stone Allen, and a small group of volunteers, has kept on the work of the Allen Graham Charity 4 Kidz.

Who Was Allen Graham? #

During Christmas of 2006, Allen took me to visit one of the homes for children outside Palma armed with boxes of donated gifts. The children arrived in a large hall and sat in well-ordered rows; the smallest at the front, teenagers at the back. They were each handed a gift which they opened carefully. One small girl opened her box and then studiously rewrapped it. Allen explained that she had never received a gift before so she did not understand that the present was for her. Needless to say I needed a quiet moment in a corner to collect myself.

Rosemary and the team have continued to make sure that each child gets a Christmas present every year, and an Easter egg and a new book on International Book Day. 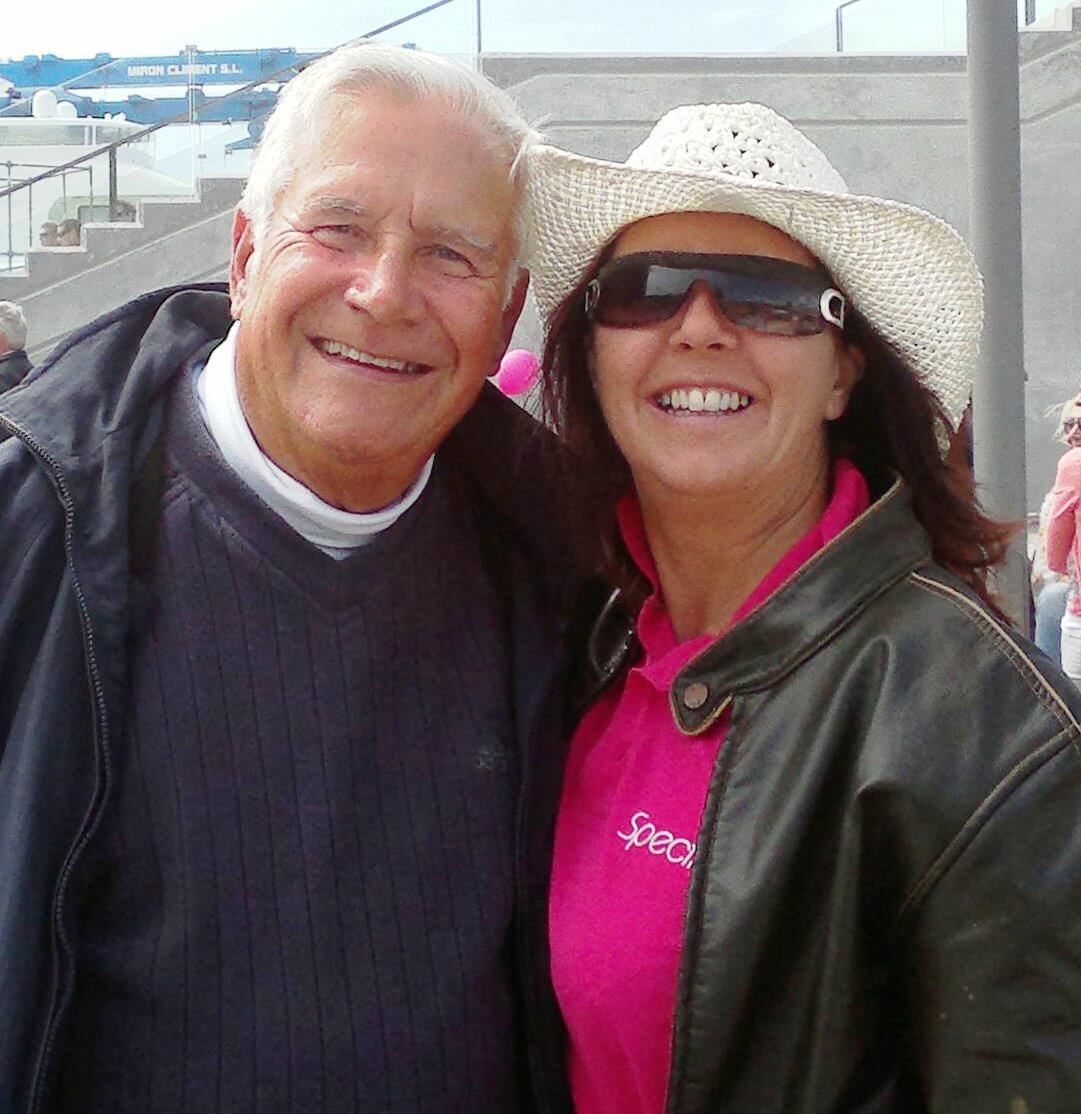 It is extraordinary that there are 29 different homes for children on the island and, as Rosemary explains, there are even more reasons why children end up in them.

“Some of them were abandoned. That is something that still goes on today, that people just abandon their children. Sadly in the past few years people haven’t had the money to be able to support their children and their families. There are so many different reasons that these children are taken into care.”

Rosemary is full of praise for the homes. “The people who look after these children are very dedicated. People who know what they are doing with children. They love their jobs, the children love them. The longer that they have been in the children’s home the more stable they are. It’s a pleasure to meet these children.“ 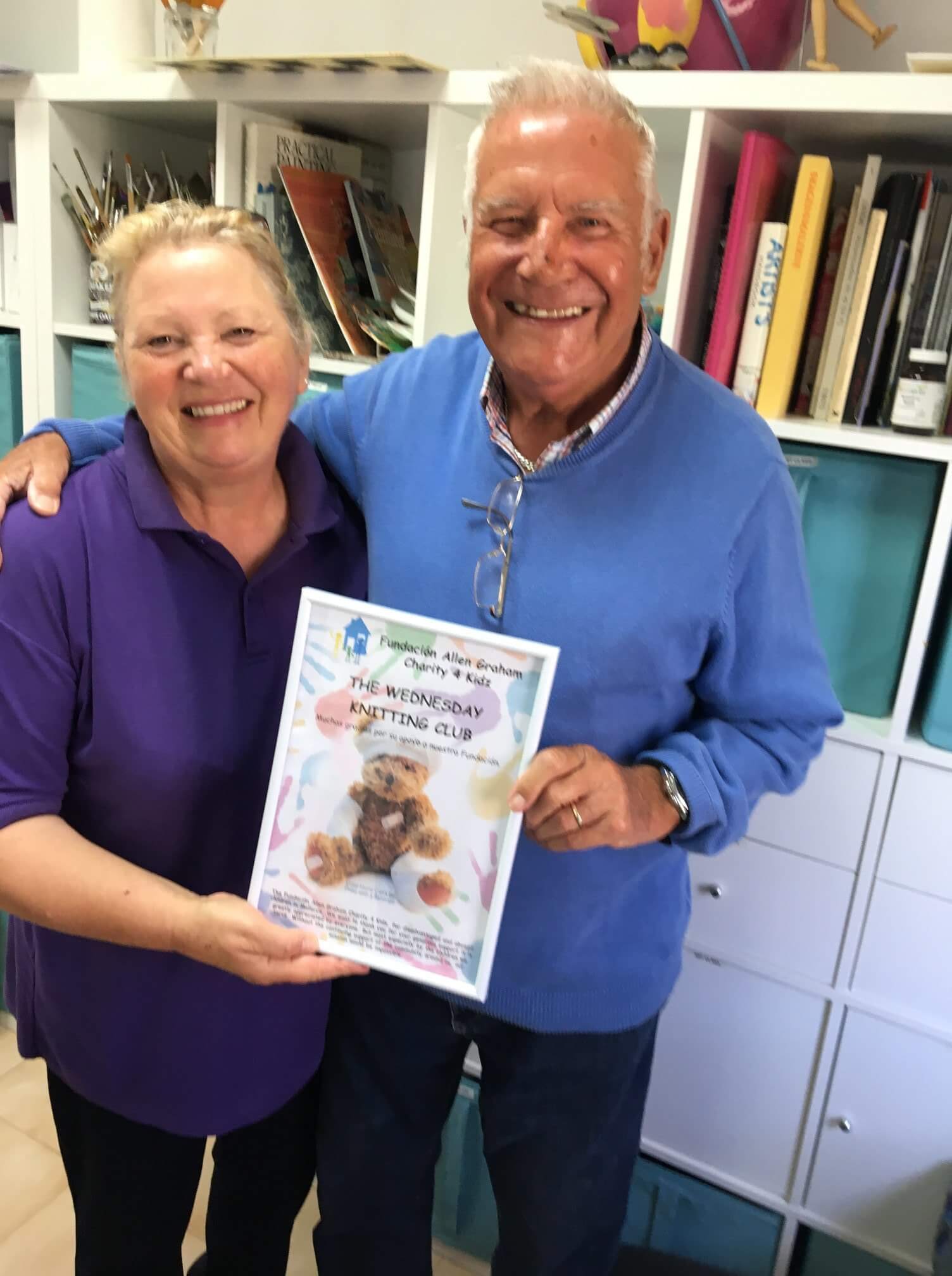 Support for the work Allen was doing grew and it was decided to set a charity in his name. It wasn’t long before Allen found a new mission. When the children turn 18 years old they have to leave the homes and for many this is a daunting prospect. So, the charity set up a halfway house were some of them could live and the charity supports them as they make their way in the world either with further education or finding work. The Covid-19 pandemic has not helped as some of these young people who were about to take up jobs and sign contracts are in limbo. Many of the young people give back to the charity through voluntary work.

“It’s been wonderful that the kids have come back to us, the kids that we have helped in the past. We are like a big family now.” says Rosemary.

The charity is supported by donations and has two shops on the island selling second-hand clothes and items. One is in Cas Catala and the other in Pollensa which is big enough to sell furniture so it can pick up and deliver donations in its van.

“Both shops literally take anything” says Rosemary “And if you are looking for that special little thing that you haven’t been able to find yet on the island you can always call us and ask us, because at some point or other it will come into the shop. Everything ends up in our shop in the end. which is wonderful.”

The Cas Catala shop flooded during lockdown in 2020 when a pipe broke on the 3rd floor and many ruined goods had to be thrown out. If you would like to help restock the shop, please donate clothes, bric-a-brac, games or toys by contacting the charity.

After 26 years the charity inspired by Allen Graham and which bears his name, is still going strong. It will continue to help people and remind us that it only takes one person to create that positive avalanche. I can’t think of a more fitting tribute to a wonderful man. For more on my interview with Rosemary, Allen's wife, about the charity, check out Luna Radio.