Twenty-five minutes from Palma, tucked away at the base of the Tramuntana Mountains in stunning countryside dotted with vineyards and orange orchards you will find the sleepy village of Sencelles.

This charming town beguiles you with classic Mallorquin beauty, and it’s easy to feel like you’ve stepped back in time as you meander down the narrow streets. You may notice, as you walk, that nearly every home, wall, or door is adorned with a tile paying homage to a nun.

If you look closer, you will discover that the nun in question is Beata Francinaina Cirer Carbonell, and Sencelles is her hometown where she founded the convent of La Caridad de Sencelles (The Community of the Sisters of Charity). 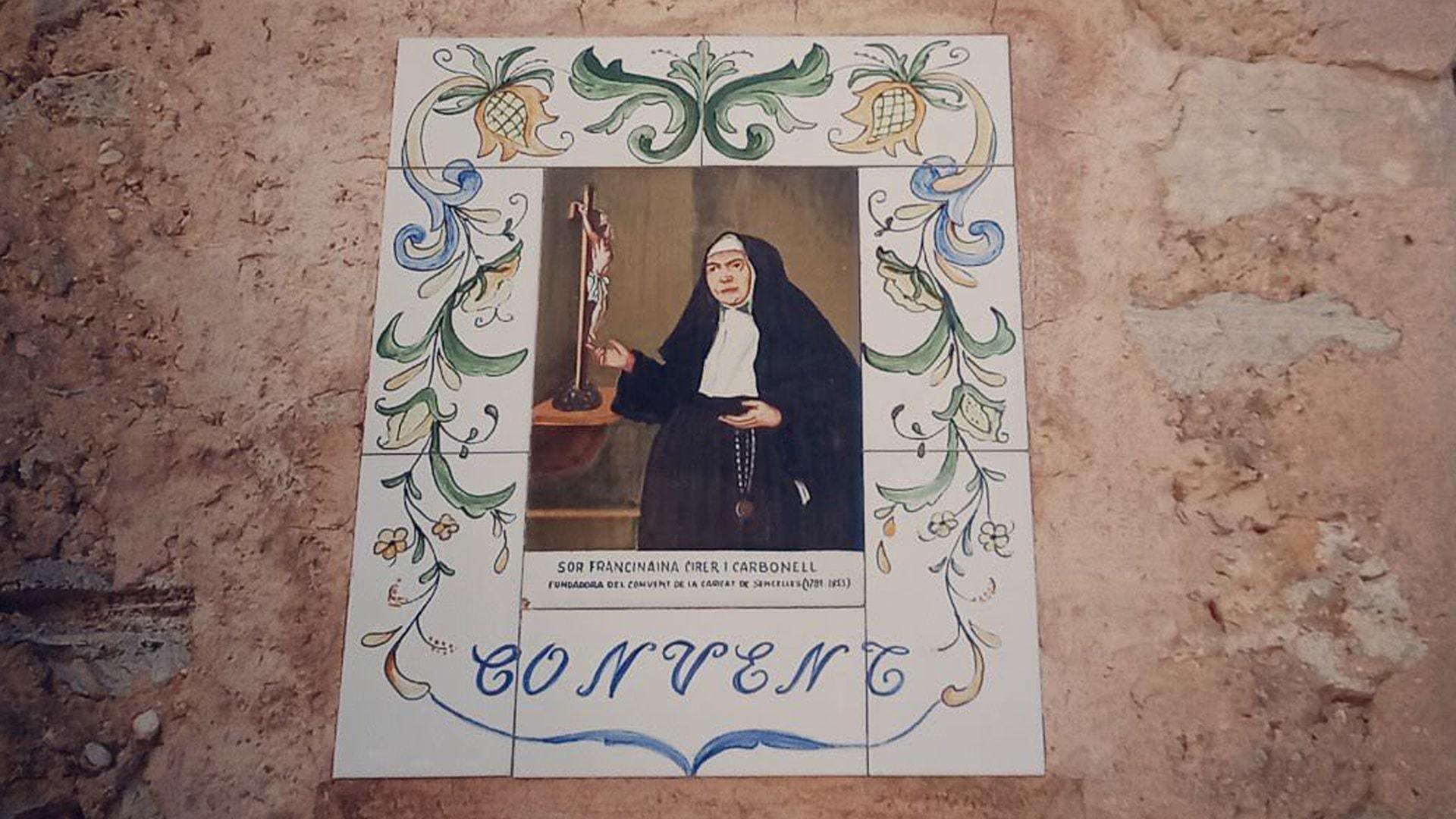 Born 1 June 1781, Francinaina did not have an easy life. She grew up in a poor peasant family, the last child in a row of of six brothers, and spent her early life helping work the land. From a very young age she had wanted to devote her life to God, and in 1798, at only 17 years of age, she became a member of the Third Order of Saint Francis.

Wanting nothing more than to commit herself entirely to the church, she begged her family to allow her to join a convent and become a nun, however her father forbade it. Francinaina complied and remained with her family, devoting as much time as she could to those in need – particularly women.

As a poor peasant girl, Francinaina did not have the opportunity to receive an education, and thus was illiterate. At the age of 26 her mother and siblings had all passed away, and so Francinaina continued to dedicate herself to helping and caring for her father until he also passed away (conflicting reports state this was either in 1810 or 1821). 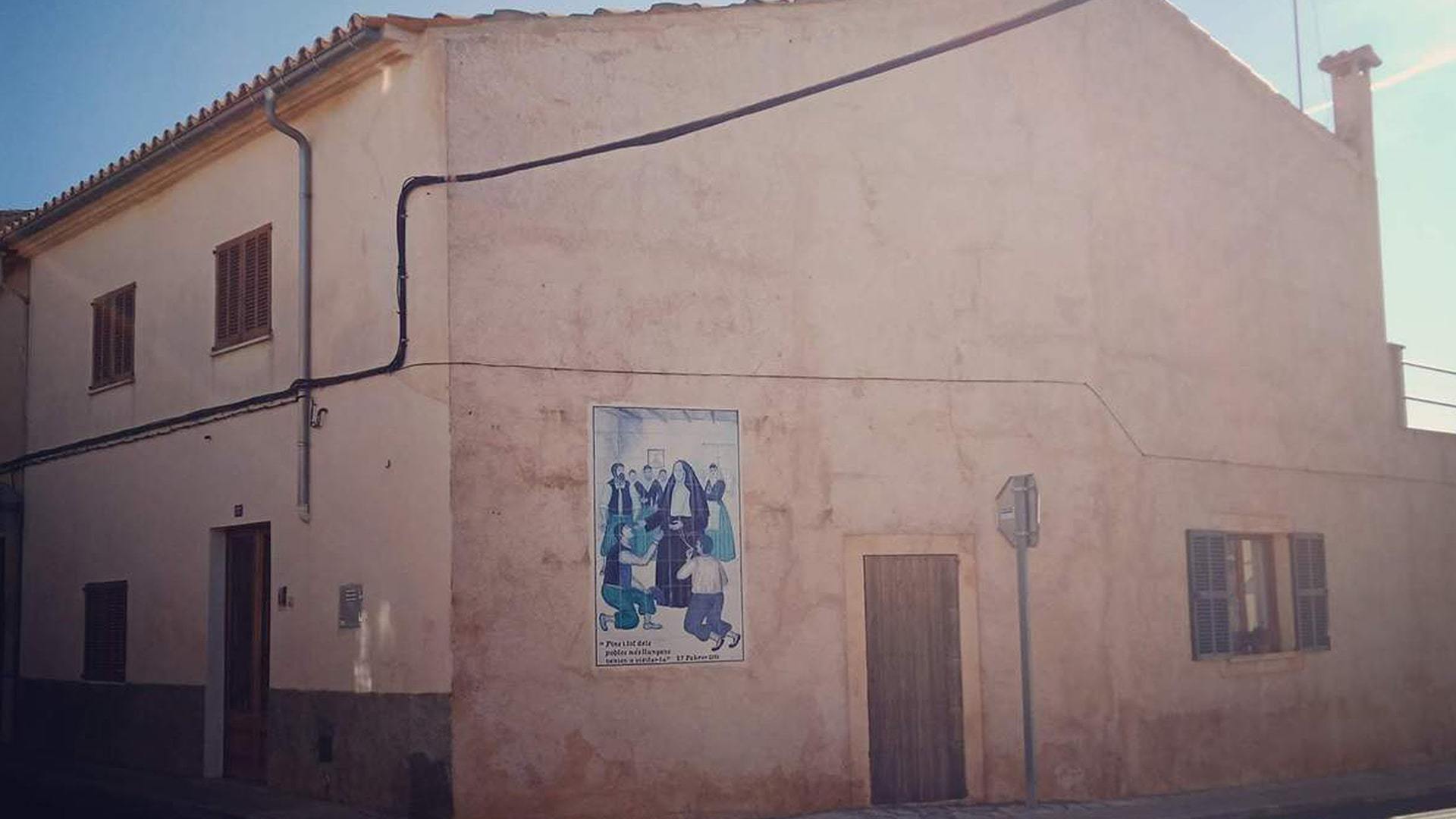 With the passing of her father, Francinaina was finally free to follow her heart’s desire and pursue her religious path. During the following decades she remained in her family home, living a life of austerity and servitude to God, and sharing His teachings.

There have been reports that Francinaina experienced visions of angels, and there were even witnesses who attested she was levitating in a state of ecstasy. In 1851, at the age of 70, Francinaina founded the La Caridad de Sencelles – and took the religious name of Francinaina of the Sorrowful Mother of God. 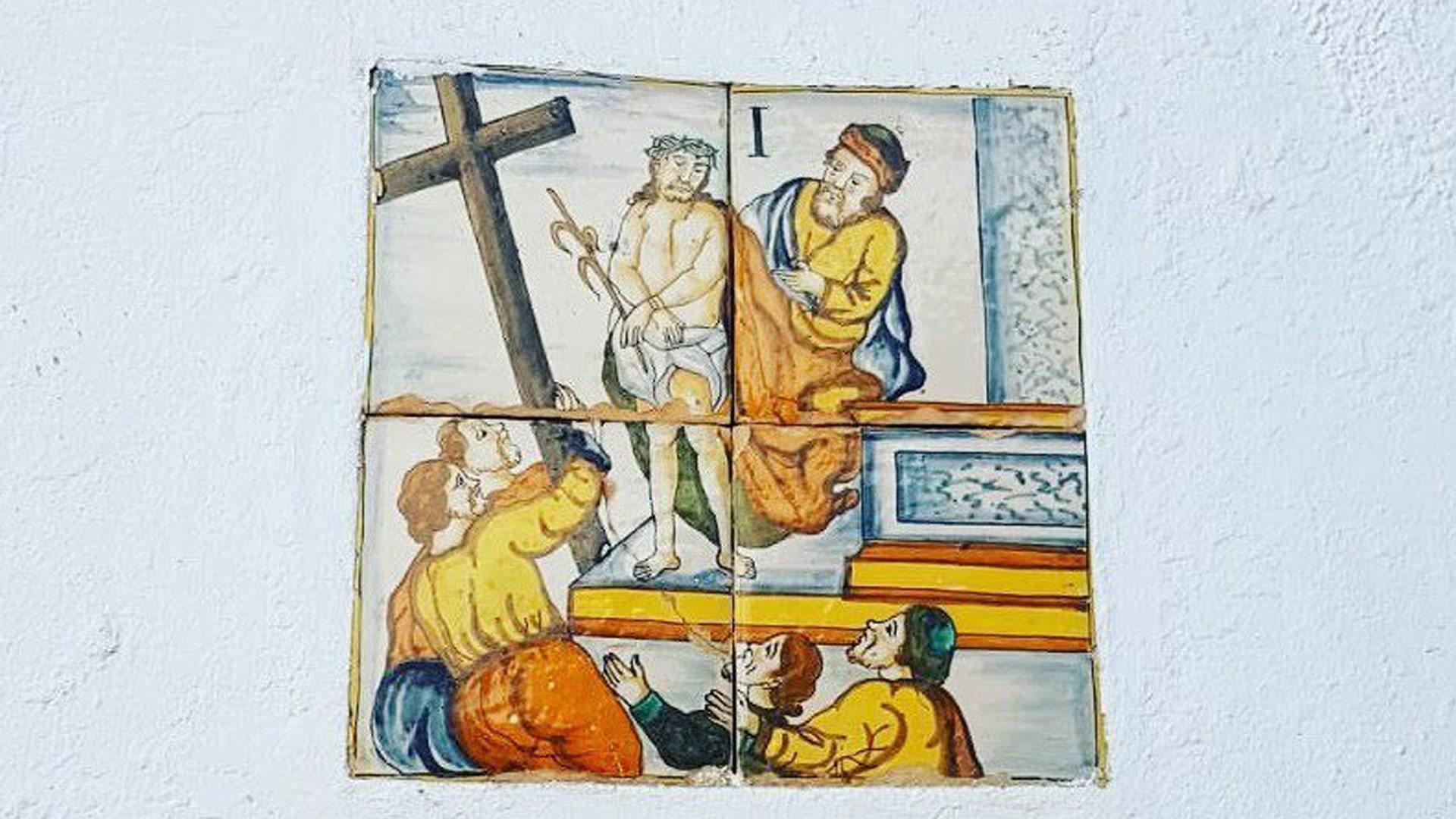 Beata Francinaina Cirer Carbonell passed away from a stroke on 27 February 1855 with her funeral attended by a huge number of devotees.

After her death, Pope John Paul II completed the beatification process on 1 October 1989, and in 2005 she was named the favourite daughter by the Island Council of Mallorca. 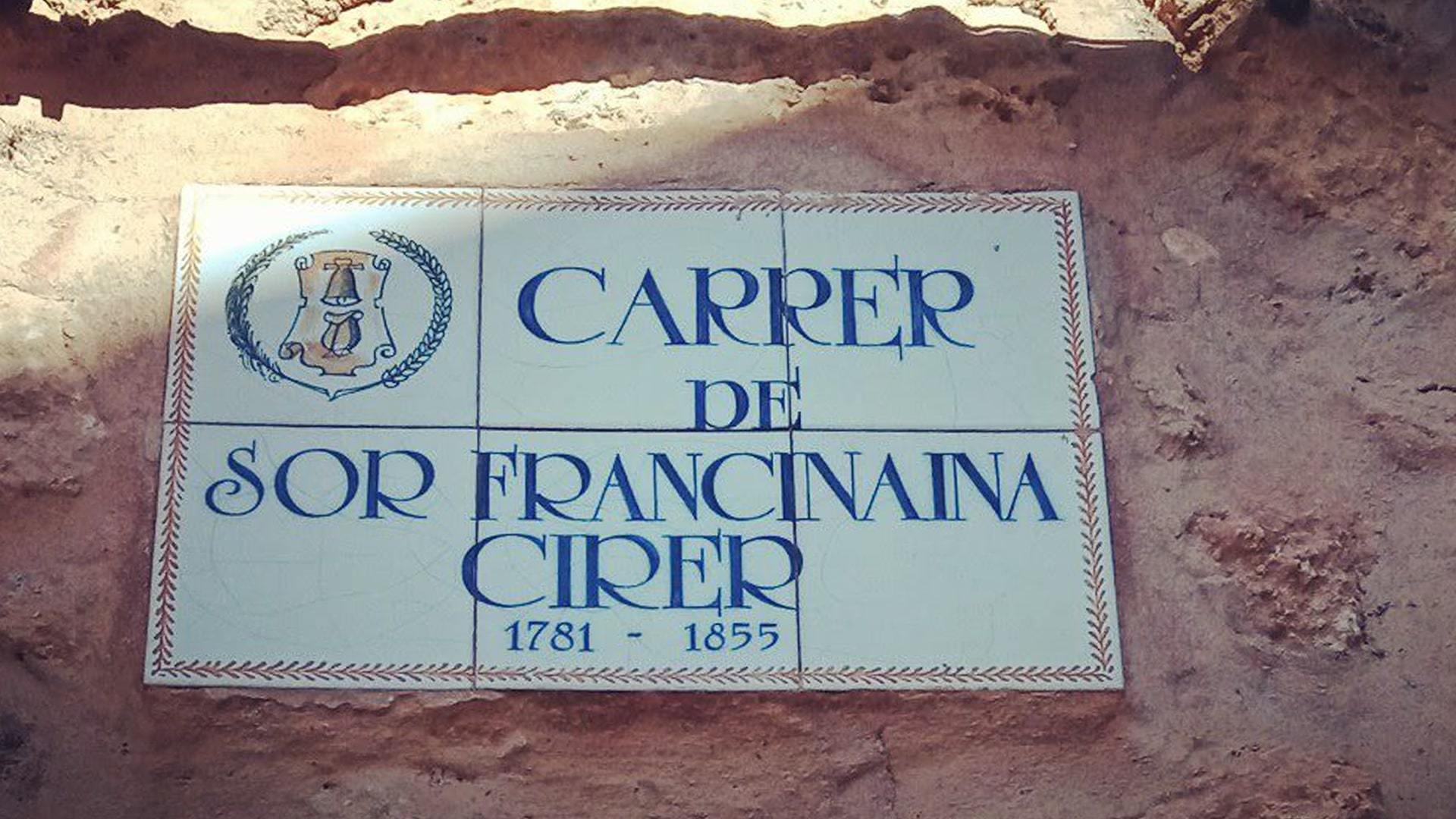 Francinaina led a difficult but blessed life and is revered throughout the island, but especially in her birthplace, Sencelles, where many locals make the pilgrimage to visit her remains and ask for blessings.

It has been said that she is particularly helpful for recovering lost personal items! One of the most remarkable facts about her is that despite coming from a poor and underprivileged background and being completely illiterate, this never held her back from her dreams of serving God, sharing his teachings, and even founding her own convent. 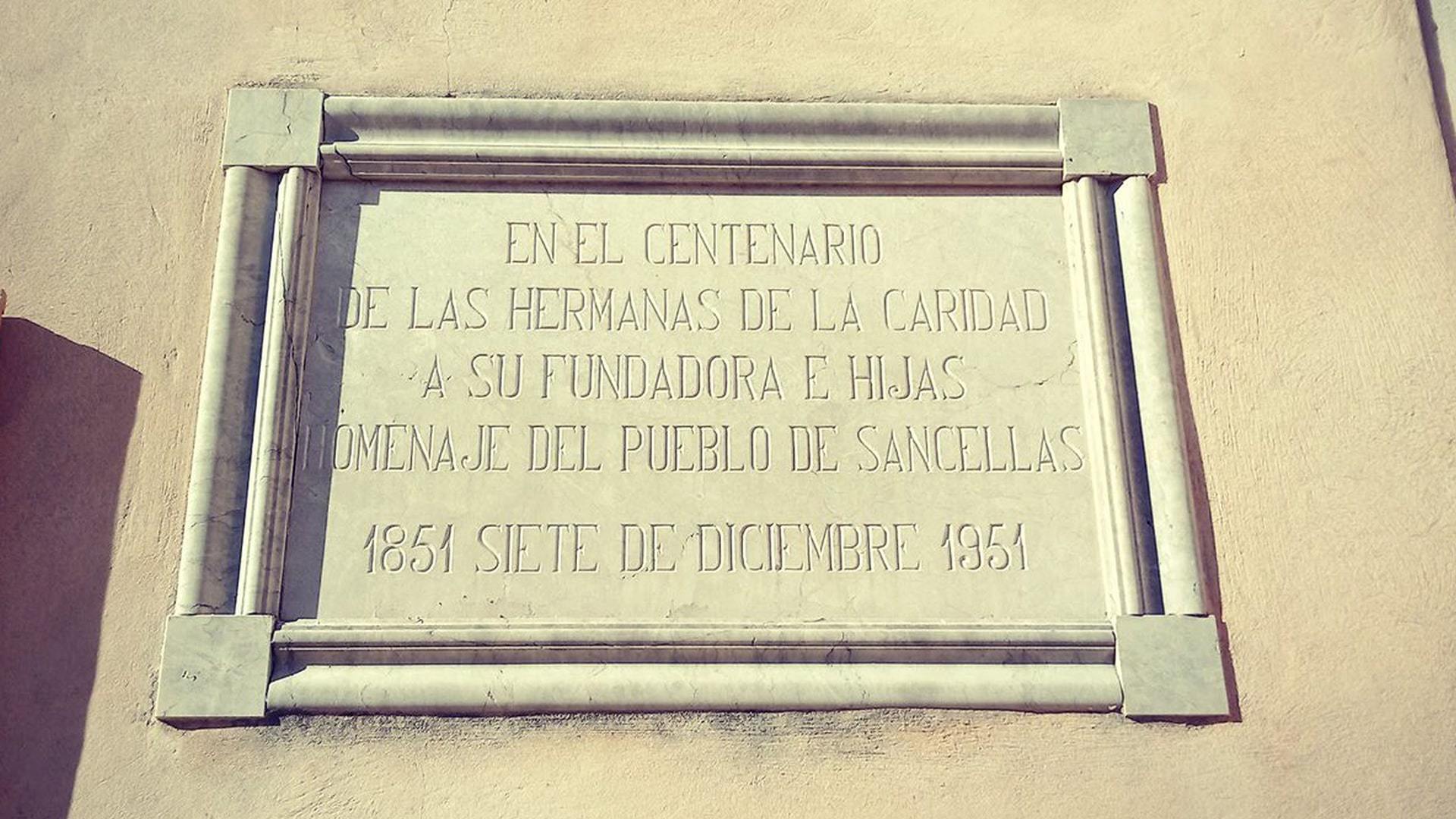 Today, her memory and physical remains are enshrined in her birthplace, as her home has been converted into a living museum of her life and work.

Visitors are welcome to view the chapel, and her family home, preserved with numerous historical and religious artifacts. The kind nuns there are happy to give a guided tour of the original kitchen, dining and sleeping areas, and you can even taste some of the pure rainwater collected in the private rear courtyard.

The convent still operates today, however the residents there have now moved to a different area to allow Francinaina’s dwelling areas to remain open for visitors. The museum is fairly small, but rich in history and gives a genuine insight into what Francinaina’s life was like, some 200 years later.

It is well worth the beautiful drive to the countryside to see a different side of Mallorca, learn a little bit more about the culture and history of a special figure, and appreciate the quiet village life.

If you are interested in experiencing more about the devotion towards Francinaina, every year on 27 February (and the days preceding), there is a remembrance celebration in Sencelles with special church services, flower offerings, and a dinner in the local hall to name a few.