You can be a thousand different women. It’s your choice which one you want to be. It’s about freedom and sovereignty. You celebrate who you are. You say, ‘This is my kingdom.’ —Salma Hayek, Actress and Activist

While a modern movement is gaining momentum toward full legal equality, this fight for basic human rights for women and girls has been going on for millennia. While the initial movement began in the U.K. in the mid 1840s, gained strength in the U.S. and then gained power in Stuttgart, Copenhagen, Berne and Stockholm, Spain has a long history of strong women who get work done that goes back to 1109 ad.

For our current time in history, The International Women's Marches, being held in local communities by women, men and children, are bringing together a powerful force for change. On one day - March 8th - equality is on the move globally. With violence against women, girls and trans people on the rise and a disproportionately low pay for work, we must franchise our entire global population to meet the challenges of the 21st Century and beyond. 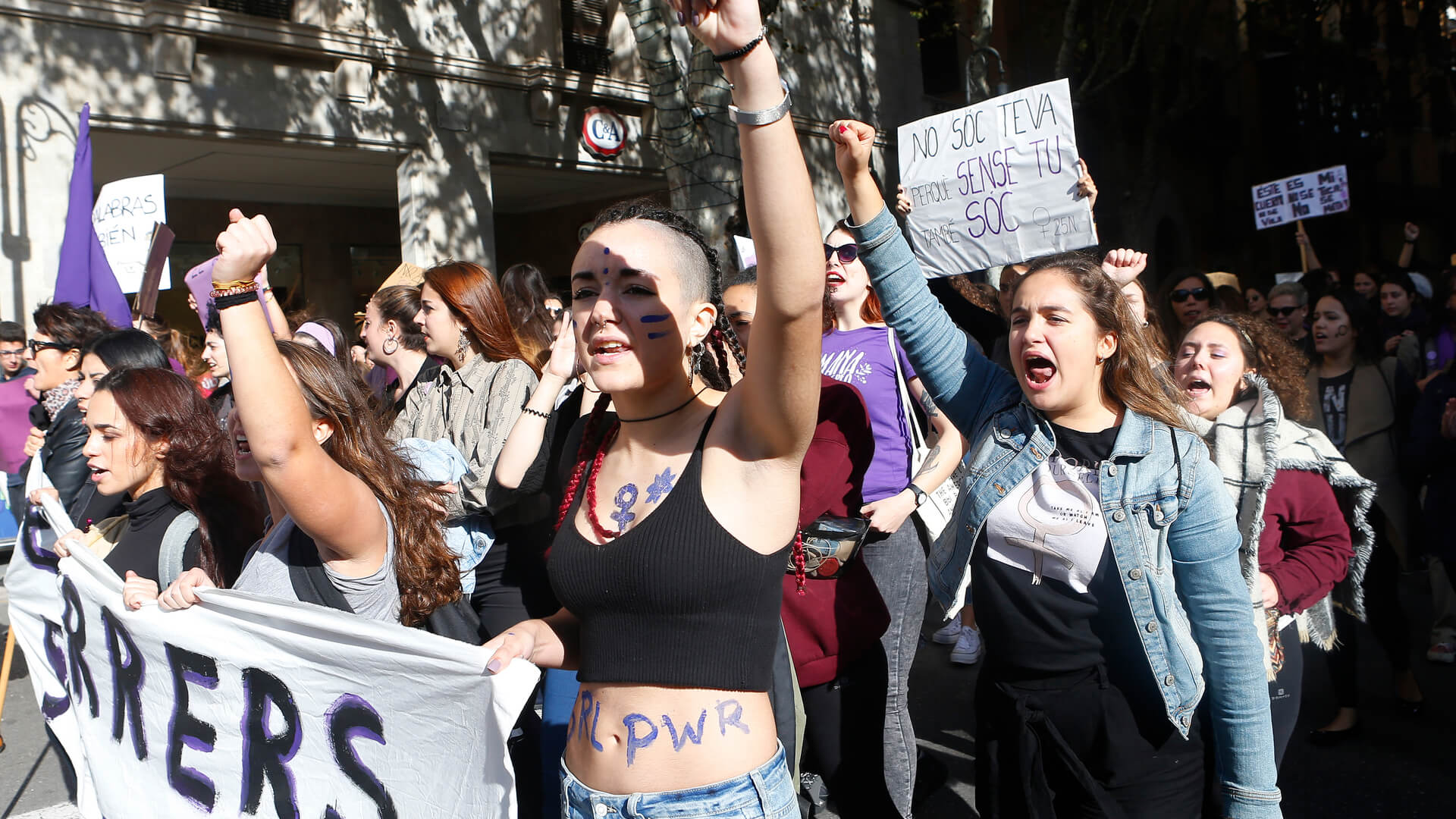 History of Women’s Rights in Spain #

Let’s go back a millennia, to 1100 ad. The first female leader of Spain, Queen Uuaca de León, used gender to her political advantage in order to secure rights for her heir to the thrown in turbulent era. Her rule was from 1109-1126. The fate of León and Castile, important for Spain, rested in her maneuvers to secure strong alliances. We see in the video below the outcome of her efforts.

The Fate of Spain in Her Power

Click here to learn more of the history of Spain 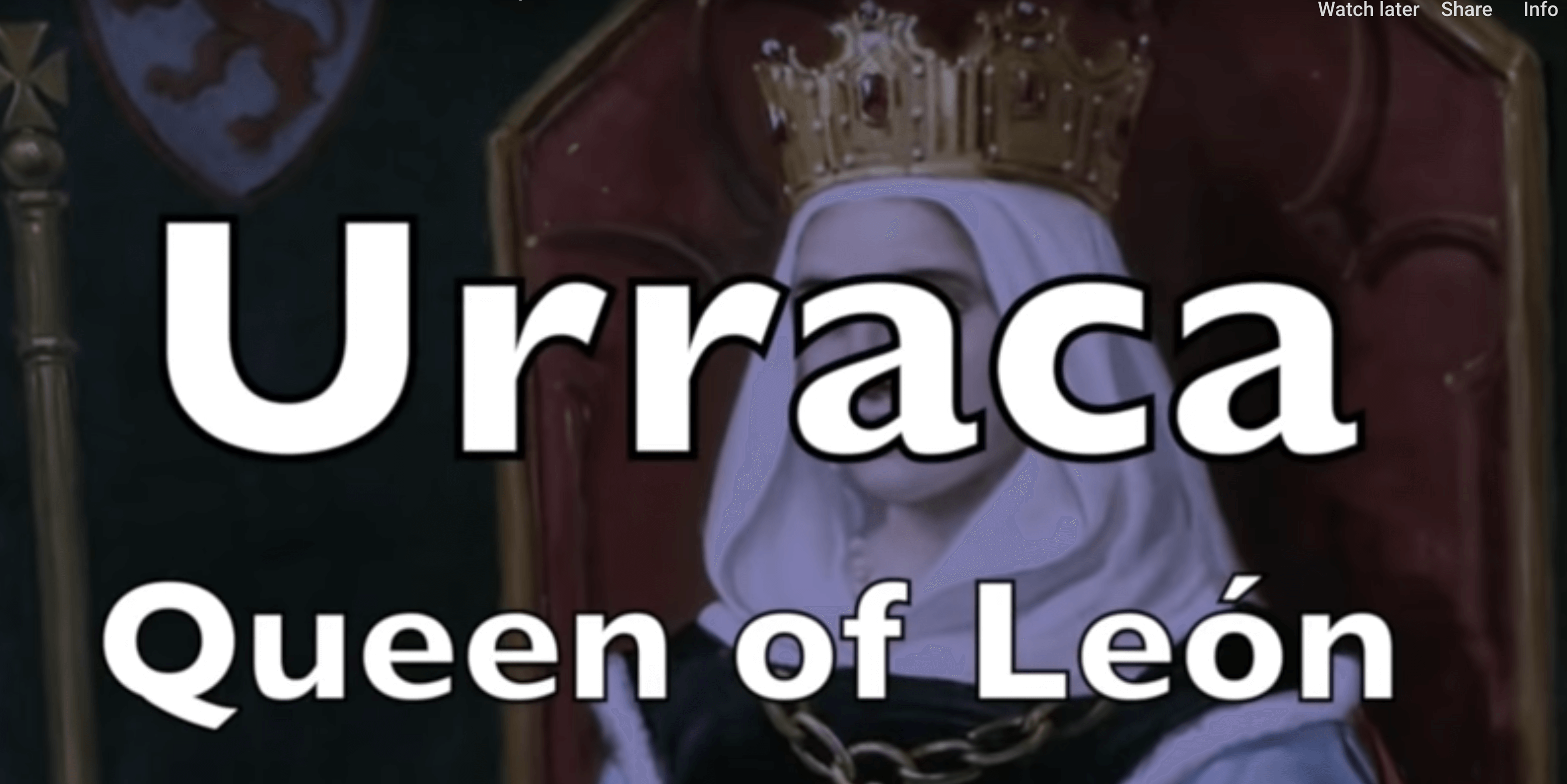 From 1474-1504, Queen Isabella of Spain, presided over one of the worst atrocities inflicted by any sovereign government against the Jewish population that culminated in The Inquisition. She solidified national power in Spain through expulsion and murder of the Jewish population. During this time, she was the force behind Spain becoming a global power and a pivot toward countries on the Atlantic Rim vs Asia.

She and her husband, Ferdinand II, financed Columbus’ voyage to Americas with three ships and 88 men by demanding collections from Palos. Some can rightfully argue that she was one of the most destructive leaders in history because her actions had far-reaching impacts on Native populations in the Americas.

Trivia: Because of her financing Columbus in his voyage that discovered America, in 1893, the U.S. Government made Isabella the first woman on a coin or a postage stamp.

Women’s rights in Francoist Spain (1939-1975) and the democratic transition (1975-1985) saw legal limitations on women. The Franco regime immediately implemented draconian measures that legally incapacitated women, making them dependents of their husbands, fathers or the state. The Franco-era embraced a code of morality for women (not men) that restricted opportunities for professional careers but honored them as wives and mothers, prohibited divorce, contraception, and abortion but permitted prostitution.

Under the leadership of Prime Minister Pedro Sanchez, a New Era began with the first majority female cabinet was sworn in on June 7th, 2018. I happened to fly into Barcelona on that day and the crowds of joyous, powerful women jammed the subways and the streets. That historical day was followed with even more women participating in the Women’s Day March 2019 all over the country, including here in Mallorca.

However, in November, 2019, the world watched in horror as five men were acquitted of raping a 14 year old girl. The debate has been taken up in Parliament with the Socialists pushing for reforms while VOX and PP, two strong conservative parties, lobbying to make no changes to existing laws. Consequently, you have the strongest rallies happening all over the country with 500+ events planned on March 8th – International Women’s Day. 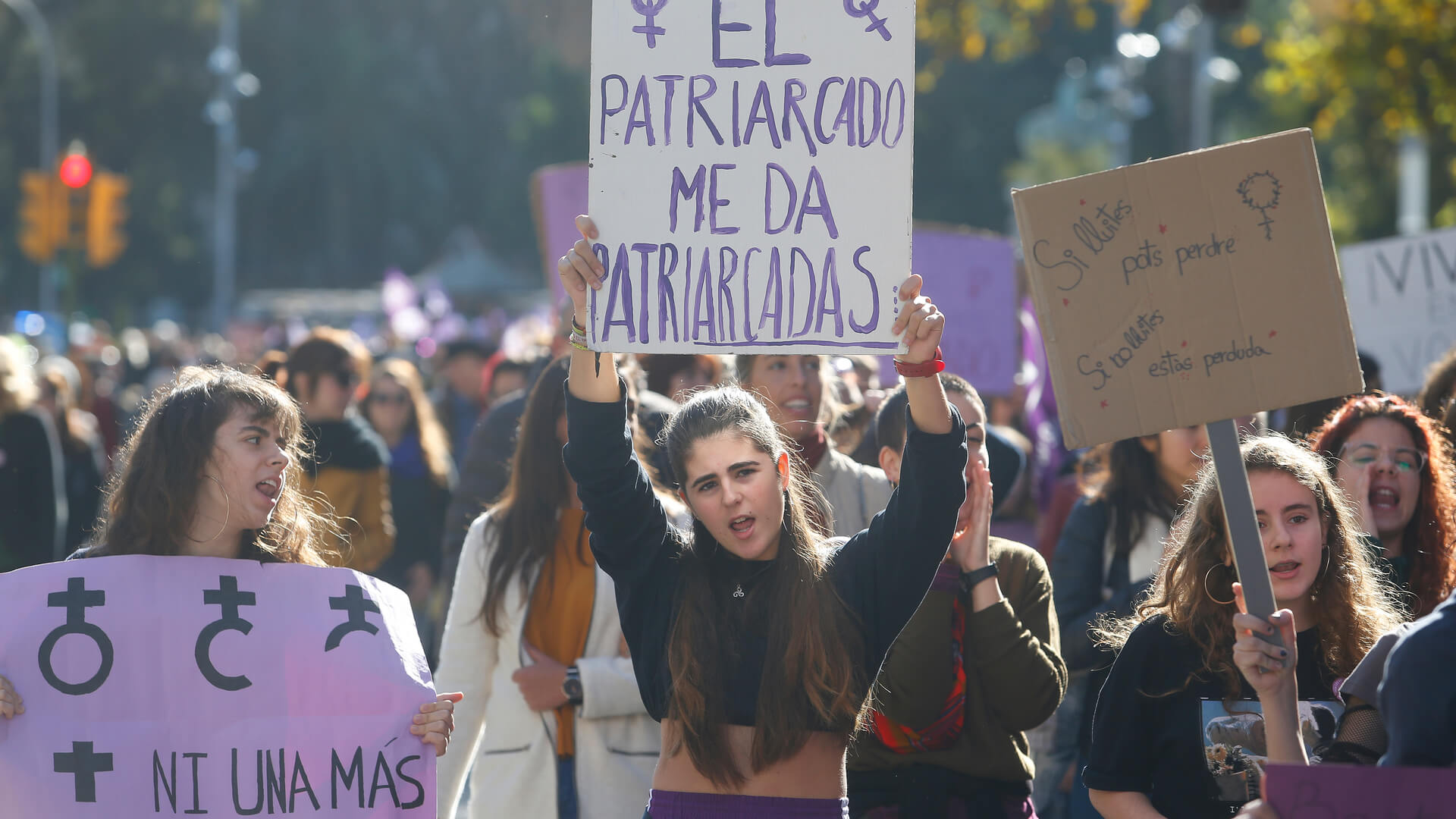 Employment Laws for Women in Spain #

After a return to Democracy, a dramatic restoration of rights occurred yet the principle barrier for women continues to be high-unemployment and lack of part-time jobs. Employers must provide women and men with 16-weeks paid leave for the birth of a child. And, flexible leave is required for parents with children under 12 years of age. While this sounds good, it’s a stress for small businesses that have few employee redundancies due to other costs of employees.

In November 2017, the government created advantageous tax structures for self-employed women (autonomo – category) and small companies represent 95% of the Spanish economy. They allow for a reduced social security payment structure (“tarifa plana”) for three years for women, two years for men, in recognition of the additional barriers to entry into the job force.

This tax structure is the same for both native born and foreign residents who are legally permitted to work.

A Young Expat's Quest for Work

One expat woman's journey to live and work on Mallorca with revealing details of her personal life. 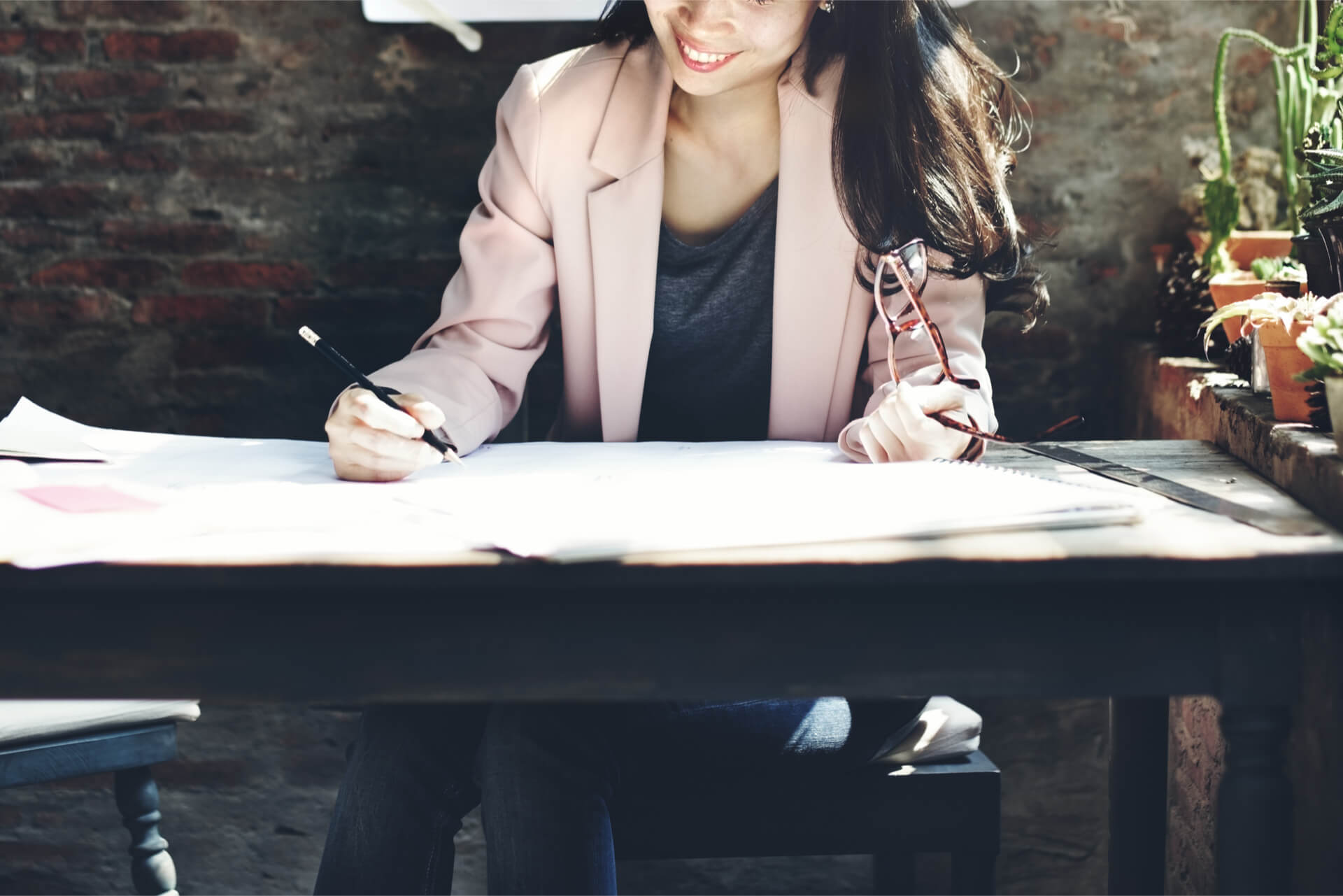 If you have relocated or retired to Spain, you need to determine if Spanish inheritance tax and how the Spanish Inheritance law apply to your assets.

Here are a few questions to ask:

The rules and the Spanish inheritance tax rates vary according to the relationship between the donor and beneficiary, although generally unmarried couples and step-children pay more tax than spouses and natural children.

According to expatica.com and verified by our attorneys, "The Law of Obligatory Heirs" states that if the deceased was married at the time of death, the spouse keeps 50% of all jointly-owned property. The remaining 50% is put towards the estate. The estate is divided into three equal portions:

In my case, my husband has two children from a previous marriage which makes this relevant for me and many of my friends. Make sure you know your rights, as a woman, prior to committing your hard-earned financial and emotional resources to building a retirement portfolio.

If you are interested in participating in International Women’s Day events, check out the link below and find an event near you.

Mallorca has an impressive array of activities throughout March to celebrate International Women’s Day 2020 on March 8th.

Click here to get a list of events on the island and village profiles to see more about the area. 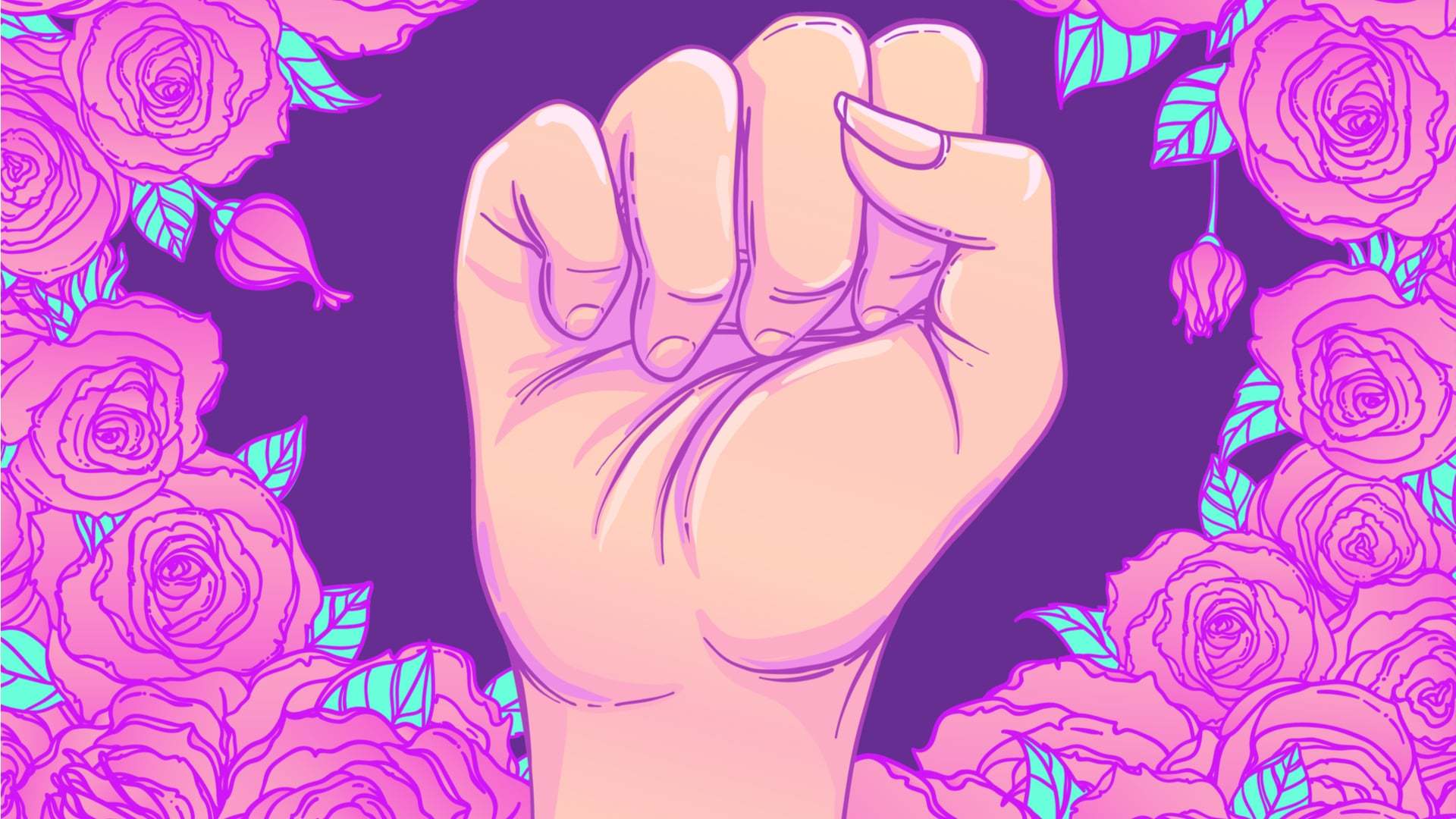 Women are gaining in positions of power here on Mallorca, not just in politics and government but in the private sector and in small businesses. If you want to share your stories of International Women's Day on the island, please drop me an email to Memphis Holland. Send in your photos or post them on Instagram and add the hashtag #affordablemallorca so we can join with you on this month and in the future whether in person or online.

Let's work toward full equality, recognizing we all - men and women - have talent and skills. We'll need all our collective innovation and strength as our global population grows and our circumstances change. I look forward to learning more about your journey. We Persevere.