When Can We Travel To and From Mallorca

“Our hope is that in August we can receive our first wave of tourists” - Pedro Homar, Manager of Palma Tourism Board

To put it bluntly – I’m not going to promise any miracles in this article, or more to the point, I will promise only one thing: In the foreseeable future, we are not going to see anything like the kind of carefree and easy going movement from country to country, from continent to continent – within Europe even without showing your passport.

With the advent of the novel coronavirus, not only times have changed, many of us have changed, too. Until we have access to a safe and efficient vaccine or other effective treatments for the virus, the thought to go out there to explore the unknown and cheerfully (and fearlessly) mingle with humanfolks in airplanes, on ferries, in bars and restaurants seems not quite as appealing as before.

This said, there are still many who are waiting to travel to and from Mallorca and the other Balearic Islands: Expats who need or wish to travel to their home countries to reunite with families and friends, business people who need to be present for matters that cannot exclusively be handled in video conferences, part-time residents want to get back to the island to be in their holiday homes or long-term rentals.

In my immediate circle of friends I count more than one couple who were split apart for an unknown time as one left the island before the shutdown and the other, booked on a later plane or simply wanting to stay longer, had his or her flight out was cancelled. You can easily imagine we daily ask the question everybody else with a foot down on Mallorca seems to ask these days: When will we be able to travel again? 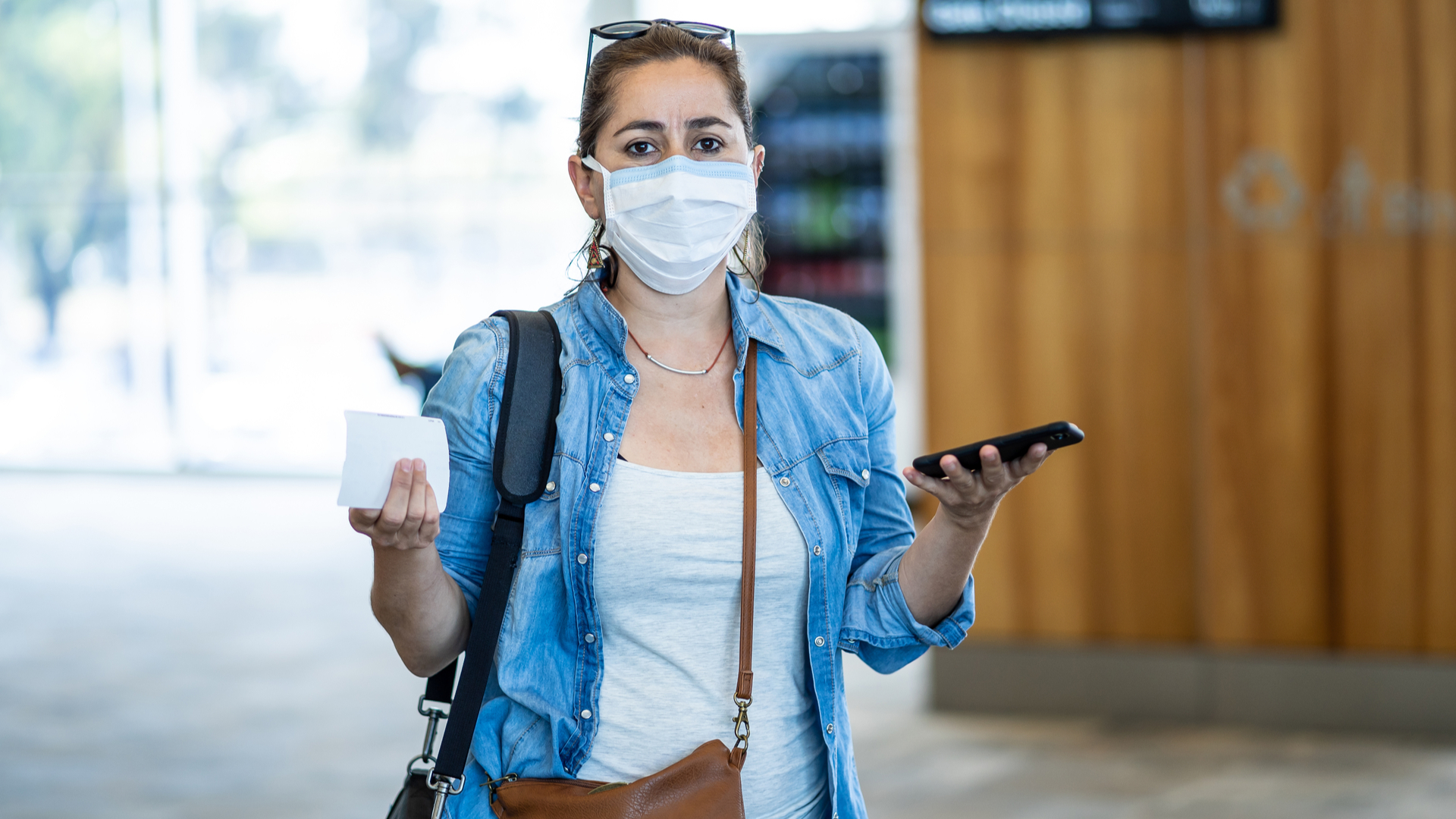 I wish I could simply write up the new traveling rules and dates issued by the Spanish National Government or the Island Government, but nothing has been decided yet. This means the time has not yet come to make specific plans or even think about booking tickets. Until further notice, Palma Airport remains closed. Ferries transport merchandise and passengers with a special pass for travel, only.

What we know is that, behind the scenes, government officials of the Balearics are negotiation with those countries that represent the biggest share of visitors to the island to figure out the details of a safe re-opening for tourists. Mallorca needs its guests. For many businesses, it is a question of survival. However, the tourist’s home countries need to agree, too.

To give you some understanding of the shifting positions, let me give you an example: Some time ago, in a joint action many German second home owners wrote a letter to Mallorca’s Head of Government Armengol asking to be let back onto the island. They saw it as their good right to make use of their property, after all they paid their taxes. Armengol was a tiny bit miffed. As long as not even locals are allowed to go to their second homes, she retorted, she saw no way of allowing German property owners in. The Airport and the Port, Armengol said, should remain closed as long as possible.

Only one day later, Spanish National Prime Minister Sanchez added more obligingly that as soon as Spanish citizen were allowed back to 2nd homes located in other provinces than the one they lived in, he saw there was a possibility of giving access to the Germans. What he asked for was a "European Solution."

Since then, with brighter-looking COVID statistics on the island and the first steps towards a “new normal”, and probably also with a view to the vital interest of the island in rekindling tourism and not completely losing out on this year’s summer season, the tone of the discussion has much softened. Now, Armengol wants to open the Airport as quickly as safely feasible. 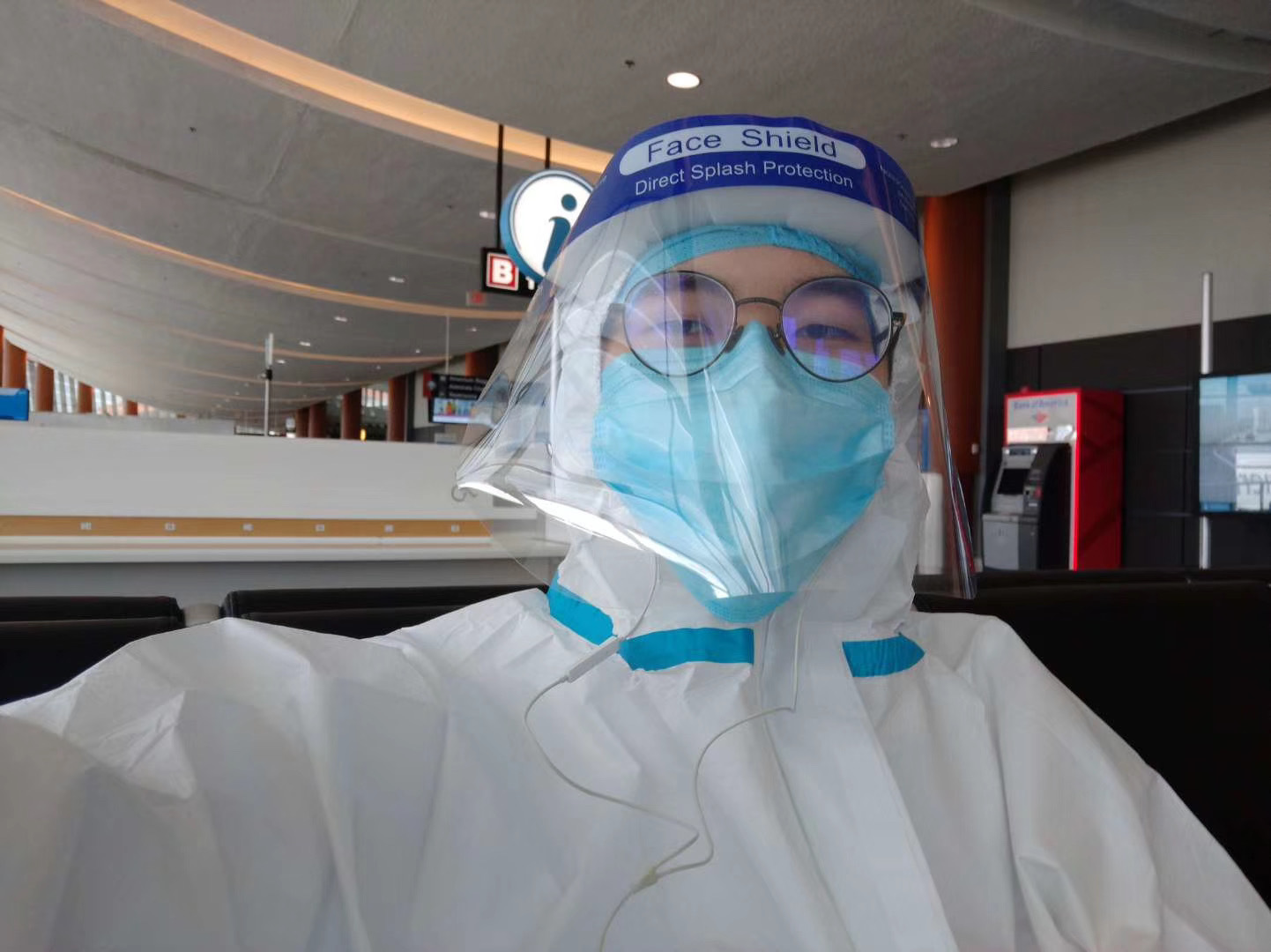 “Our hope is that in August we can receive our first wave of tourists”, Euro Weekly News quoted Pedro Homar, the Manager of Palma’s Tourism Board. “We will start with the local and domestic market which will help provide a lifeline to some of the tourism and hospitality businesses. We are working through the different measures that the ‘new normal’ will include; looking at ways to create safe distances between people, as well as safety and hygiene protocols. The sector needs to be as prepared as possible.”

As to what that preparation will look like was outlined by the minister of tourism of the Balearic Islands, Reyes Maroto who gave out four basic pillars for a safe restart of tourism. I’m sorry to say, it’s not very specific.

As a pointer towards hope Francina Armengol confirmed that the Balearic Government has been in “intense negotiations” with German officials with a view to re-start air traffic at the earliest possible date – and if that’s true for Germany, it’s probably also the case with other major players in the European tourism game. 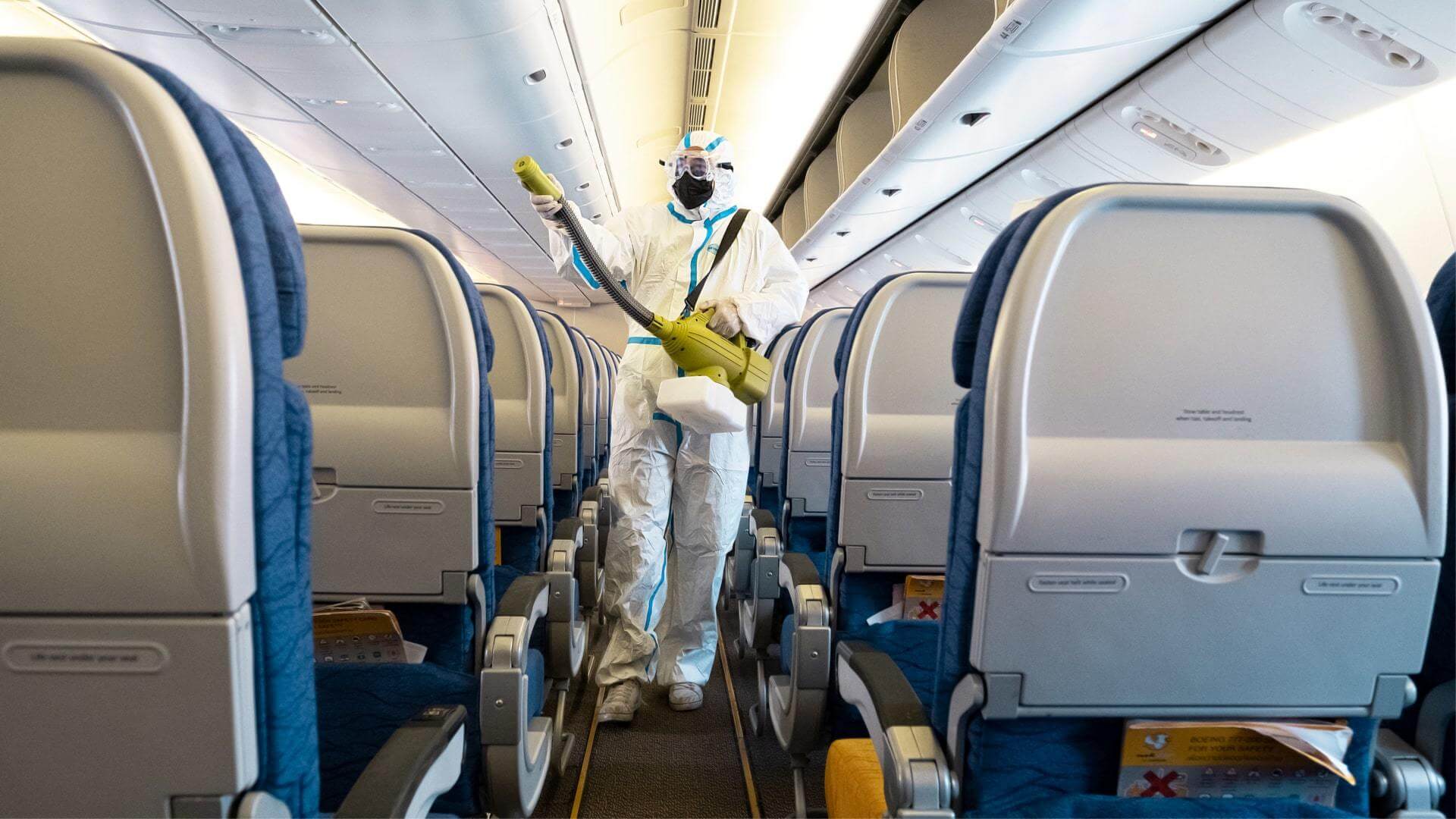 Another hint towards a pending return to travel is the announcement by several European airlines - Lufthansa, Swiss and Eurowings – to re-open their booking platforms from May 14th for flights in June. They underline that access restrictions and Corona-related safety regulations of destination countries must be observed, but on the other hand, would they offer flights to Mallorca if people wouldn’t be allowed get off the plane? You see, again, it’s more a matter of speculation still than of really knowing.

As for flights from the UK, I haven’t heard any airline talking about resuming flights any time soon. If you know more, please let us know.

Meanwhile local authorities, airlines, ferries, public transport companies, and the accommodation business are urgently working on enhanced hygiene concepts to guarantee everybody’s safety. A major issue is that in tourism it’s not a matter of finding adequate protection measures for a clinical setting or trying to figure out how to protect industrial workers at their jobsites. Holidaymakers come for pleasure, relaxation and fun. So, the hunt is on for procedures that are as unobtrusive and easy to follow as possible, and hardware that fits in seamlessly in an aesthetically pleasing way.

Whereas in restaurants, transparent dividers between tables might work, the idea to set up a grid of acrylic glass partitions on beaches to create individual cubicles was quickly scrapped. With no breeze entering, tourists would have been roasted alive.

With means of transport it’s a different matter – I’m sure none of us will mind cleaner ferries or an empty middle seat in an airplane. These measures will come at a price though. Flying at the cost of a bus ticket from Palma to Port Alcúdia will definitely be a thing of the past. 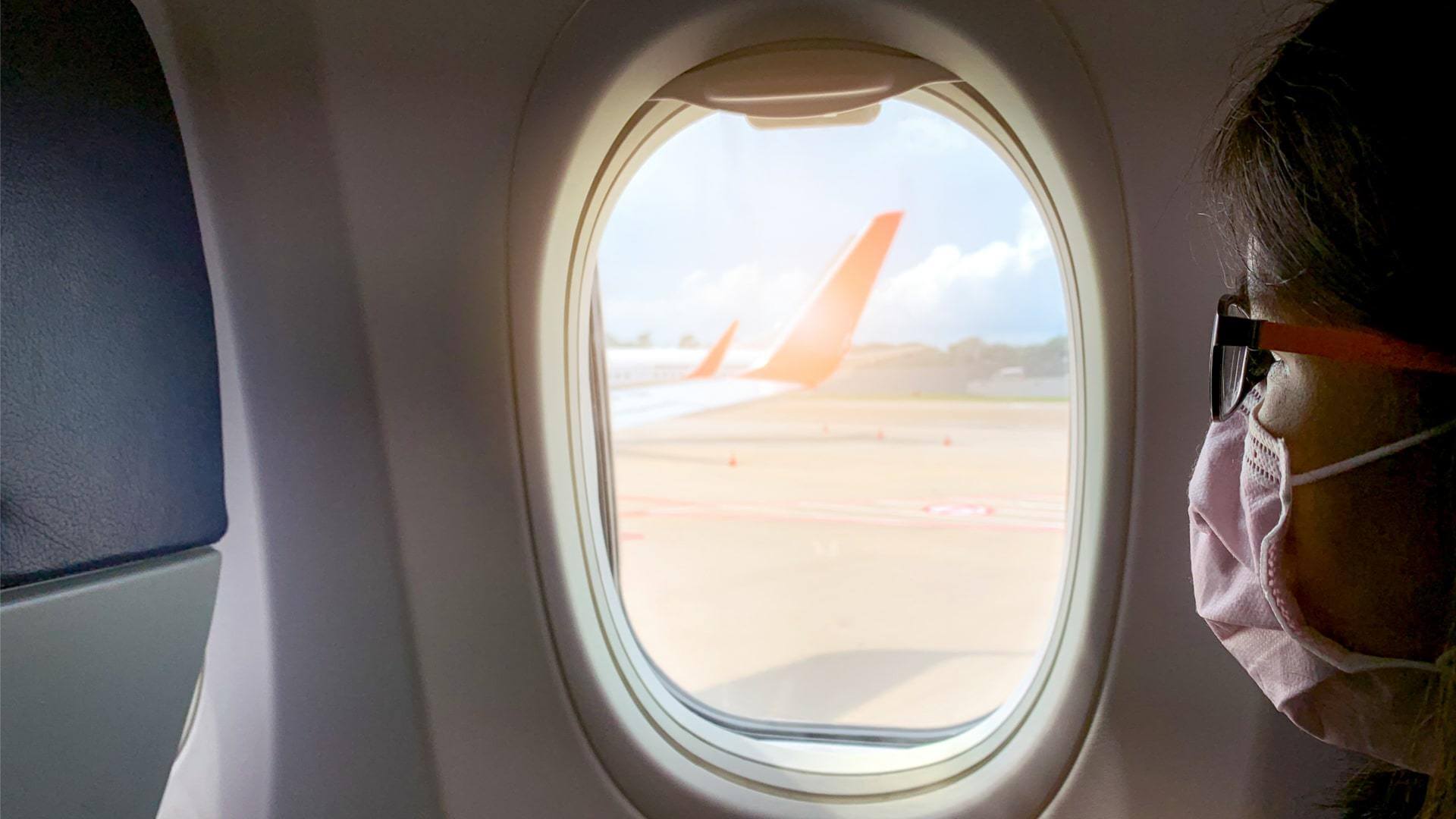 Whether you are a full-time or part-time Mallorca resident or a tourist pining for a holiday in our beautiful clime, you will more of what many of us have almost run out of: P.A.T.I.E.N.C.E. (Do you hear me sigh?)

How to Keep Your House Free From Mold and Mildew