“It’s not only because of their colour oranges are referred to as gold."

Set in a valley lush with thousands of orange trees, age-old olive groves and stunning mountain views, it wouldn't be exaggerated to call Sóller a picture-book town. It's the perfect place to be for anybody who wants to explore Mallorca on foot or by bike. The hiking trails and winding roads of the area offer breathtaking views that are truly unique. If you’re not an outdoorsy person, there is plenty to enjoy for you, too - whether you're interested in art and culture, or just feel like breathing in the amazing village atmosphere. You would certainly not be the first (or last) person to fall head over heels in love with Sóller. 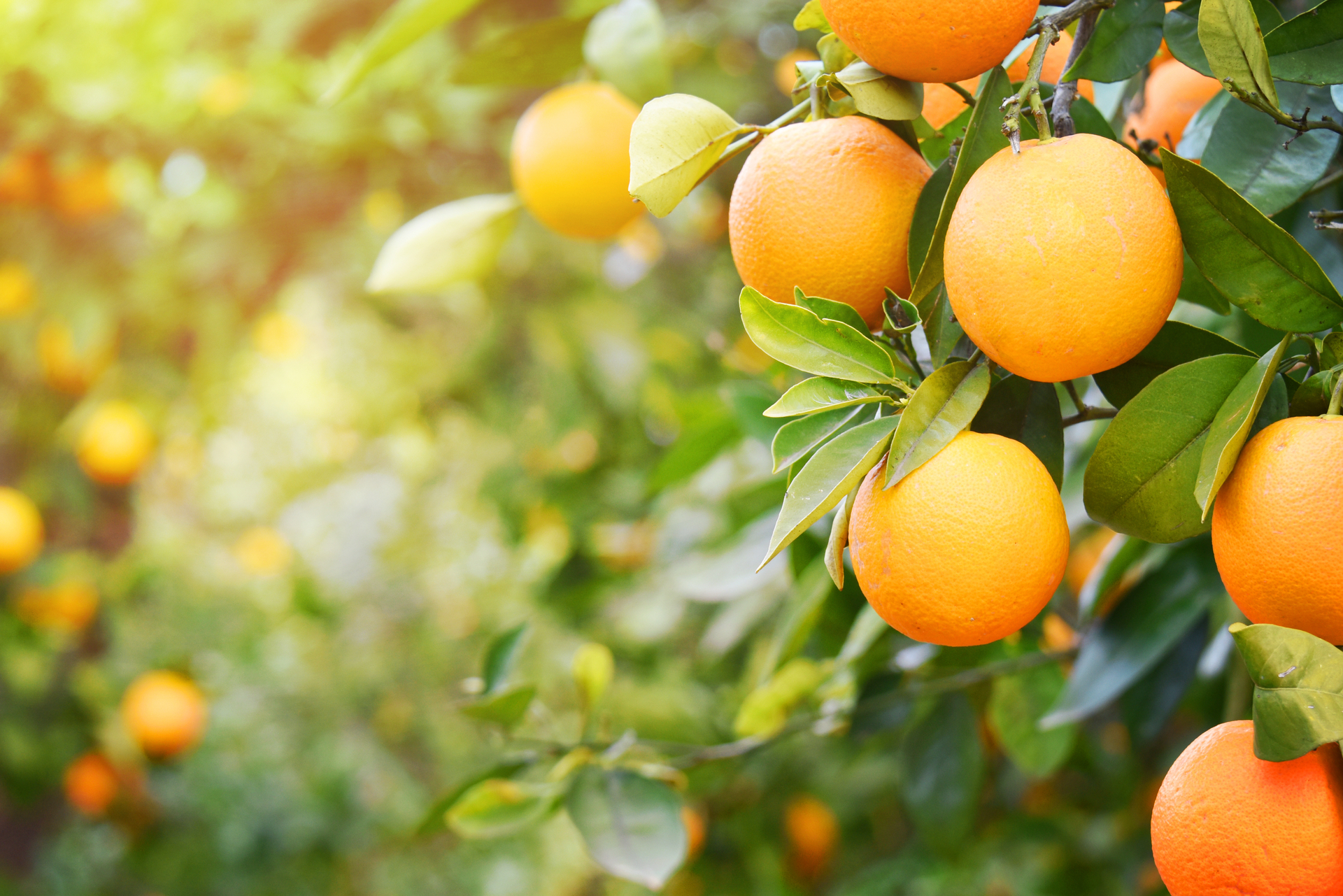 Sóller, a town of approx. 14.000 inhabitants, is located about 30 kilometres north of Palma you can either take a bus from Plaza España, or else go by car taking the faster way through the tunnel or on the scenic mountain route. If you are prone to car sickness, we would suggest the former though...

Affordable Mallorca Tip: With massive rises in traffic load, parking in both Sóller and Port Sóller is notoriously difficult. Throughout the main holiday season, on market days and during festivals it is nigh on impossible to find a space in town. We recommend to use the large parking areas somewhat out of town. It may be a short walk to the centre, but saves you a lot of going round in circles. During the summer month and on special occasions the police often close the town completely to all but local traffic. In this case you will automatically be directed to these parking lots.

There is a more charming way of getting there, though, and that is take the ancient train with its wooden carriages. The Ferrocaril, as it’s called, was built on profits gained from the orange and lemon trade to transport fruit to Palma. Although it might be considered by some as a bit of a touristy ride, this doesn’t take away any of its nostalgic charm. After passing through Mallorca’s countryside, the train climbs up the Tramuntana mountains and takes you through old arches, long tunnels and green citrus groves. It's absolutely gorgeous!

The train takes you in a direct line from the Plaza España station to Sóller. If you’re up to another ride with a touristy vibe you can continue your journey by getting onto the vintage tram down to the neighbouring Puerto de Sóller. The trip from Palma to Sóller takes about 40 minutes, and the 5 kilometre leg down to the harbour and beach another 20 minutes. The reason that the town is positioned kilometres away from its port, was to protect the village from pirate attacks back in the old days. It can be seen in several villages and towns in Mallorca, such as Pollensa and Andratx. 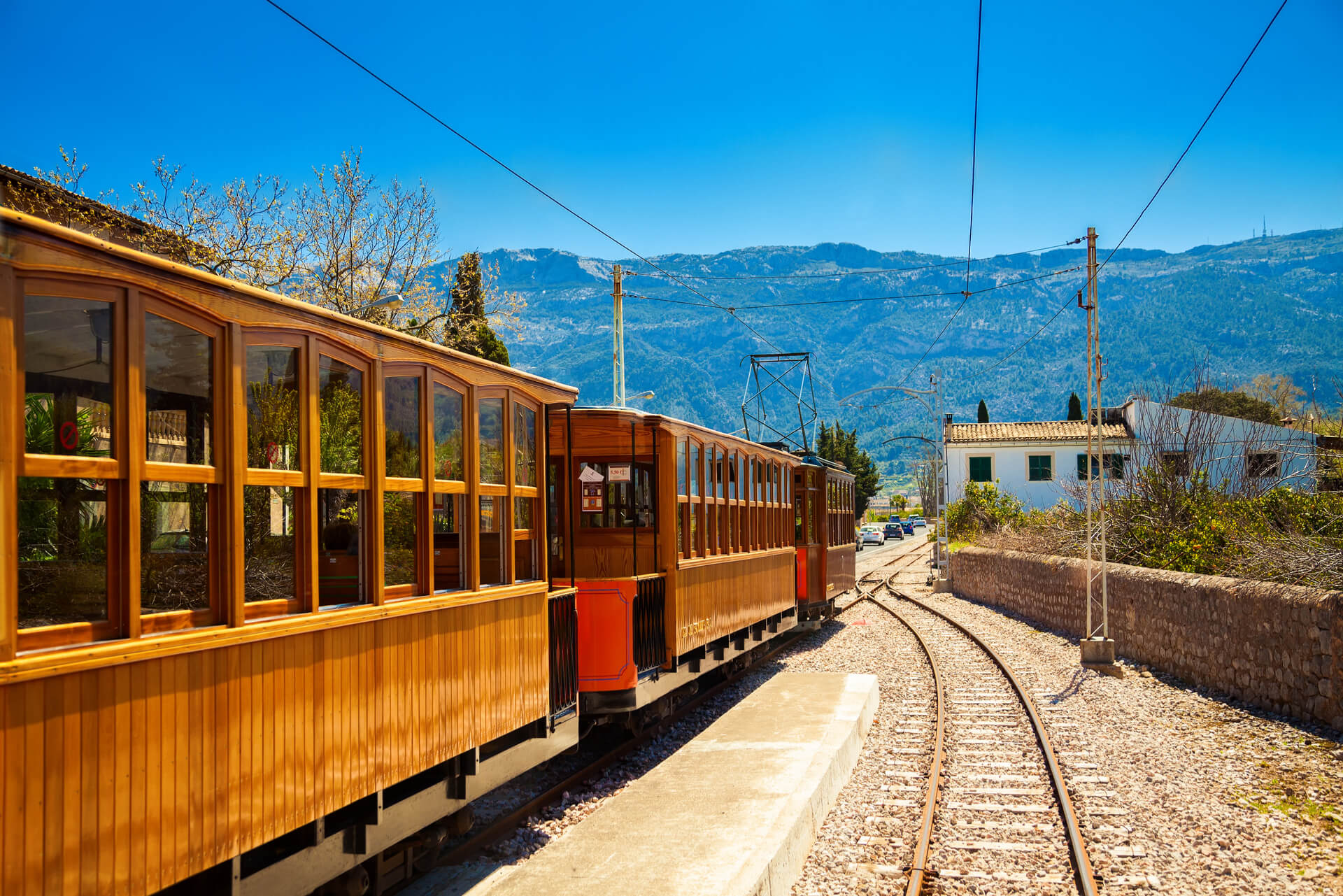 Sóller is proud of its long history, the earliest records of the settlement reaching back as far as 5600 BC. The cultivation of oranges, lemons and olives laid the foundations to a wealthy economy from the very start and made the fortunes of both town and port. Initially, the citrus fruit were mainly shipped to France due to Sóller's isolated location, the Tramuntana range virtually blocking off access to the rest of the island. The official inauguration of the railway line on April 16th, 1912, finally gave the town the much desired direct connection to Palma. What might have been a big event on the Island passed almost unnoticed in the rest of the world as the sinking of the Titanic dominated the news at that time.

If the construction of the railway line in the early twentieth century was a big step forward in the town's development, the opening of the tunnel in 1999 was a quantum leap. Without the lengthy passage across the Coll de Sóller with its 63 hairpin bends, a daily commute to and from Palma and quick access to the airport were suddenly no longer a dream but a reality. Since December 2017, the tunnel is toll-free – a further boost to both property development and tourism in Sóller. 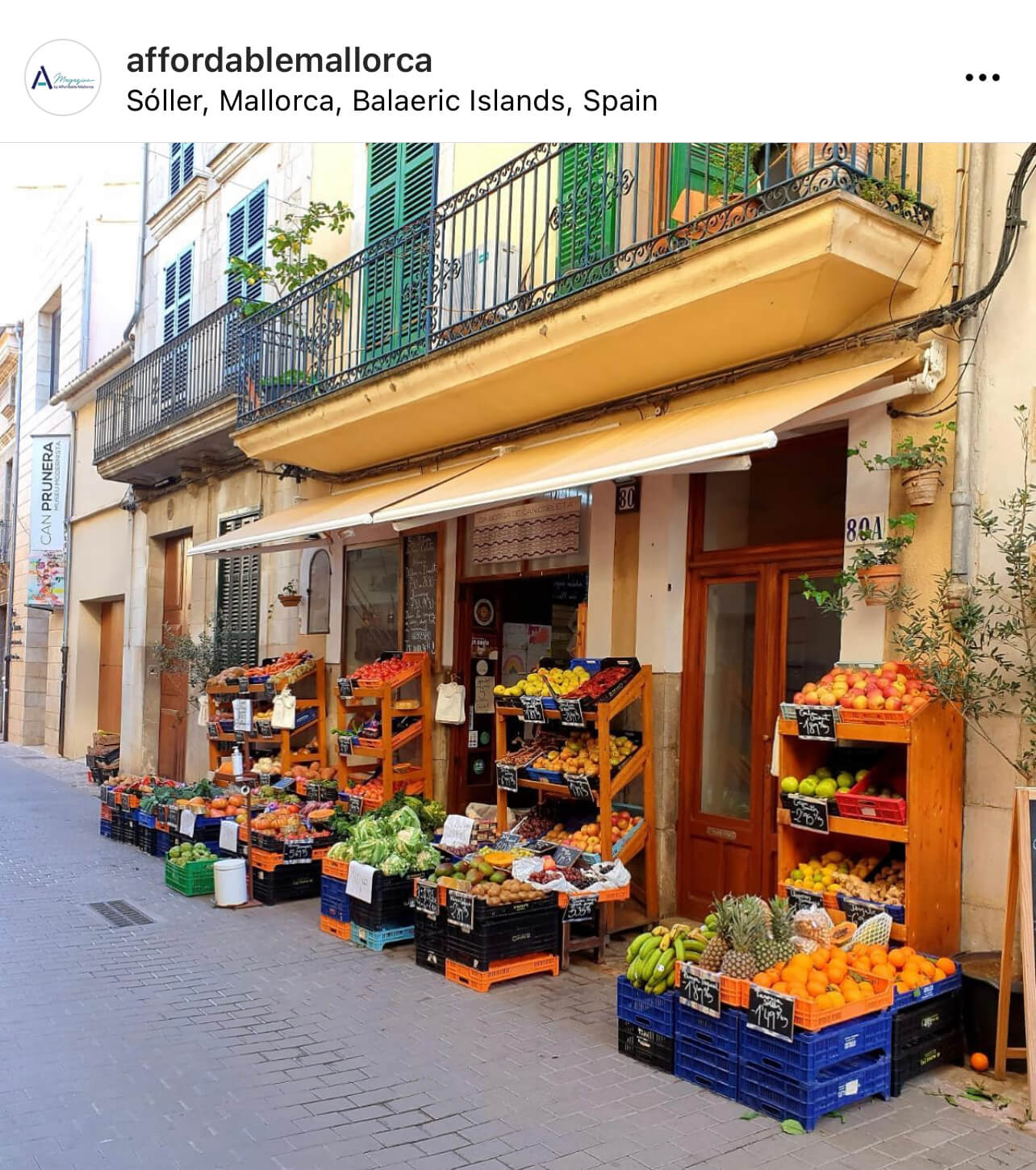 The sight of Sóller alone is soothing to the eyes. What a pleasure just to sit on the terrace of one of the many cafés in the main square, Plaça Constitució, next to the church of Sant Bartomeu, enjoying a café con leche or a glass of fresh orange juice. Or take a walk among the historical buildings and see for yourself how elegant an architecture the wealth of the orange trade brought forth. The modernist architecture is present in the forged balconies, the patterned tile floors, and beautifully decorated façades.

One of the greatest examples and most popular and exciting places for art lovers to visit in Sóller is the C'an Prunera gallery, showing works by national and international artists such as Picasso, Miró, Matisse and Chillida. The museum itself is housed in a beautiful building dating back to the early 1900’s which, in itself, is a piece of architectural art and retains all original features and details inside.

For those with a scientific interest in Mallorca’s rich natural heritage, the natural science museum in Sóller is a must-see. Here you can learn about Mallorca's fauna, flora and geology. Take a walk in the botanical gardens and enjoy the extensive collection of plants from both the Balearics and the Canary Islands.

For those with civic-minded spirits, the Centre Capvespre Agromuseum should be checked out. Less a museum than a learning centre, this cooperative’s goal is to bring in visitors interested in sustainable farming practices and show them how this is achieved. Brownie points for the eco-friendly aspect!

Speaking of beautiful buildings, houses and flowers. While you’re in the area, why not stop by in nearby Fornalutx – a community which, in 2017, was voted one of the 13 most beautiful villages in Spain.

Gran Hotel in Sóller is a prestigious house. To enjoy the lovely oasis-like setting you don't have to stay the night (which might blow your budget). Book a table at their restaurant C’an Blau instead and have a Mediterranean lunch or dinner in their garden, maybe accompanied by a bottle of one of their many Mallorquin wines. And how about some warm figs and homemade almond ice cream for dessert?

This cute little café and restaurant in the heart of Sóller serves simple and delicious food prepared with love, and with many options for vegans and vegetarians. Try their fresh, homemade pasta!

Stop for an ice cream, light lunch or freshly squeezed orange juice at Giovanni’s café, located in the middle of the town square. Have a seat and enjoy the village vibe, but look out – the tram slowly passes right across the terrace just centimetres from the tables. 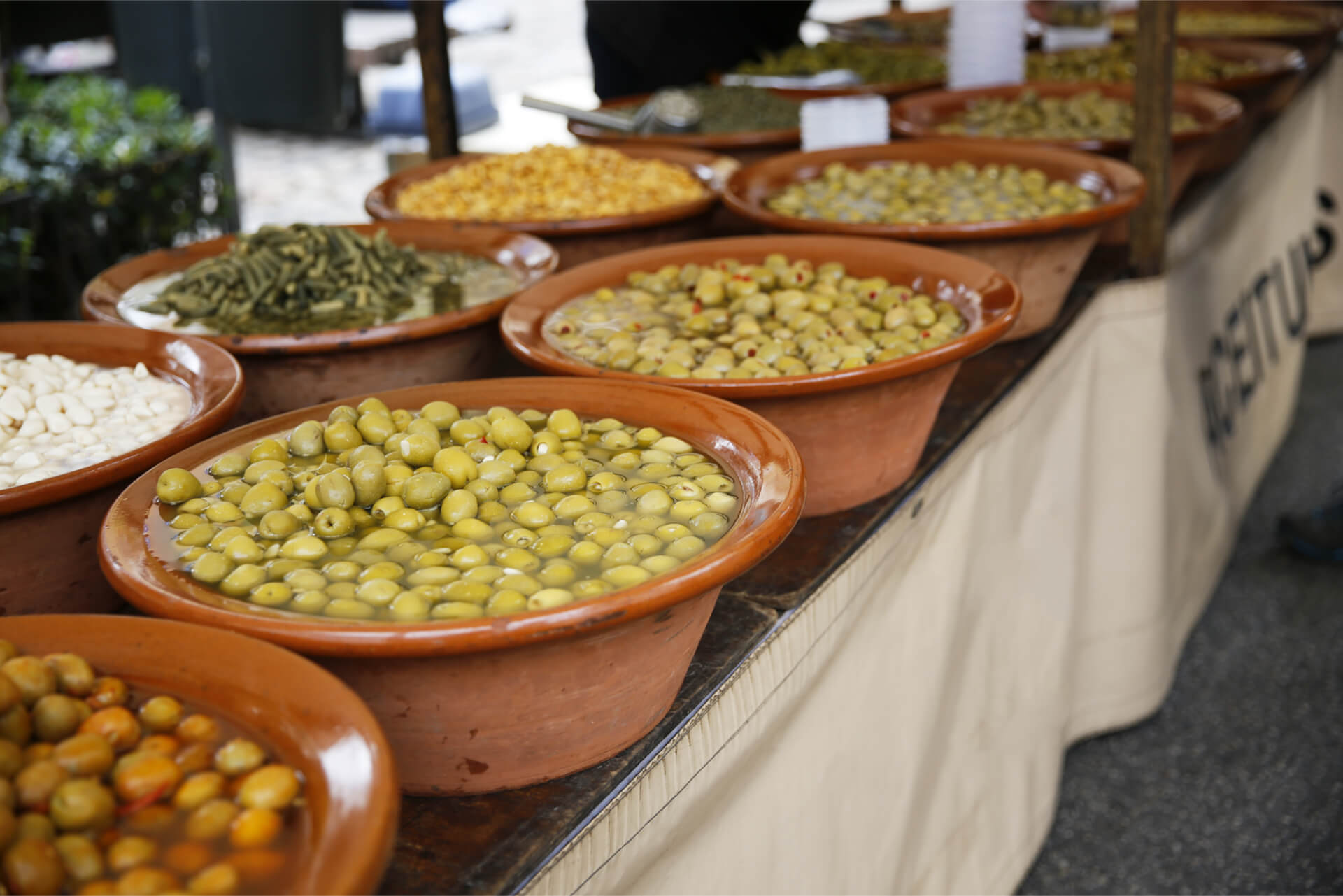 Shopping in Sóller is more for those who like strolling around, visiting the small shops and boutiques where you can find nice hand made products, designer fashion and art and paintings from local artists.

The main event when it comes to shopping is the Sóller market that takes place every Saturday between 8am and 1pm. Many people use the opportunity to buy locally grown and/or produced fruit, vegetables, food and delicacies, and of course to socialize. This is where you come to exchange a few words with your neighbours and friends. There are also stalls offering clothes, candy, jewellery, and more to browse.

When it comes to sports and recreation, the Sóller area is by far the most famous for its stunning hiking and biking trails. In the "Golden Valley” you can either go on a scenic coastal walk or one of the Tramuntana mountain trails. One of the most famous ones is the “Dry Stone Route” which runs from Andratx in the south all the way to Pollença in the north, passing Sóller along the way.

Both road cycling and mountain biking are very popular ways of exploring the surrounding mountains. The narrow, winding roads from Sóller up into the Tramuntana range provide great challenges for enthusiasts!

If you take the train from the town, it will transport you to the Port de Sóller where you can walk around, enjoy the cafés, hear the street musicians and dock walk. The beach is a pleasant, manicured sandy beach with few rocks. 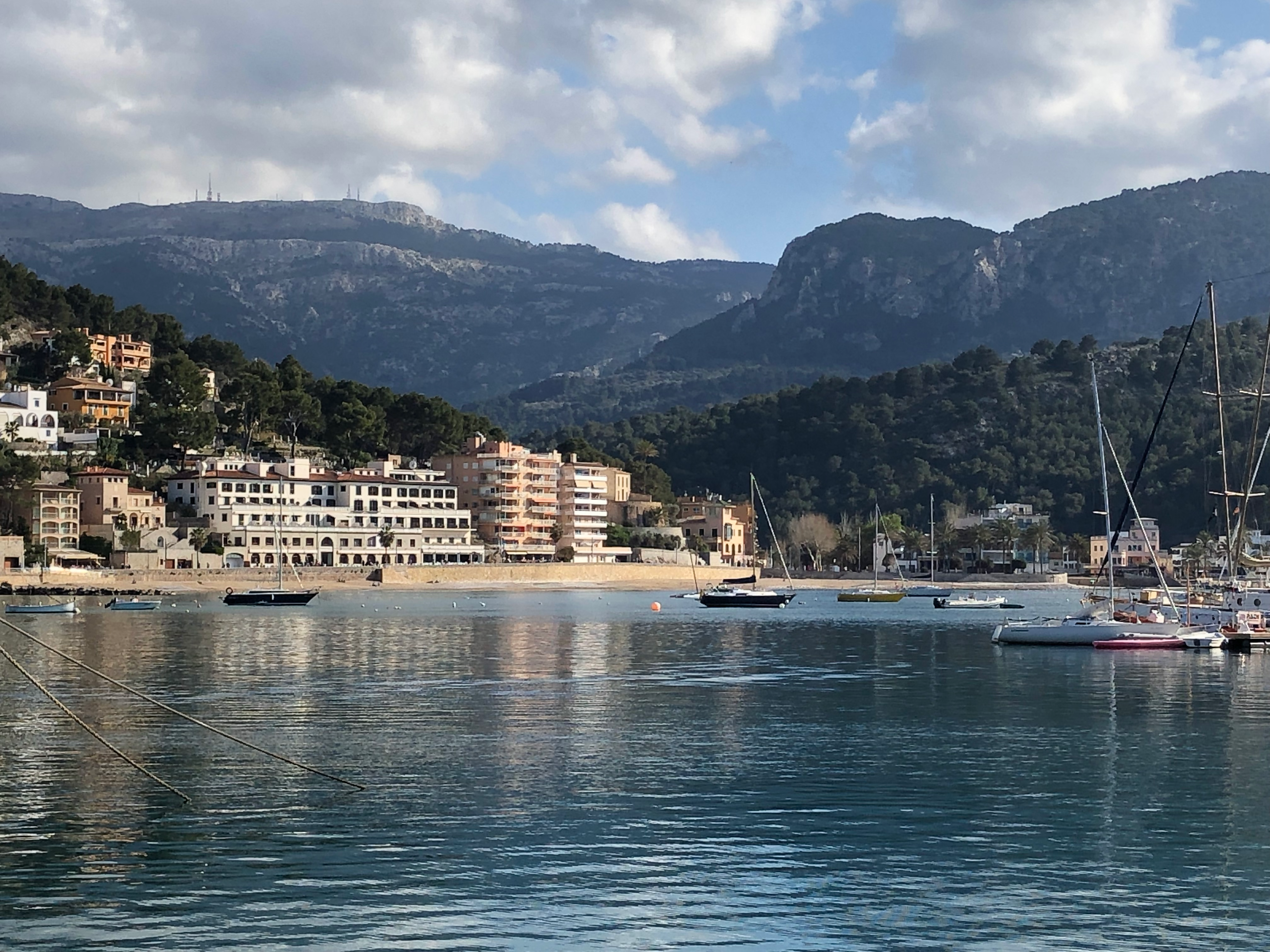 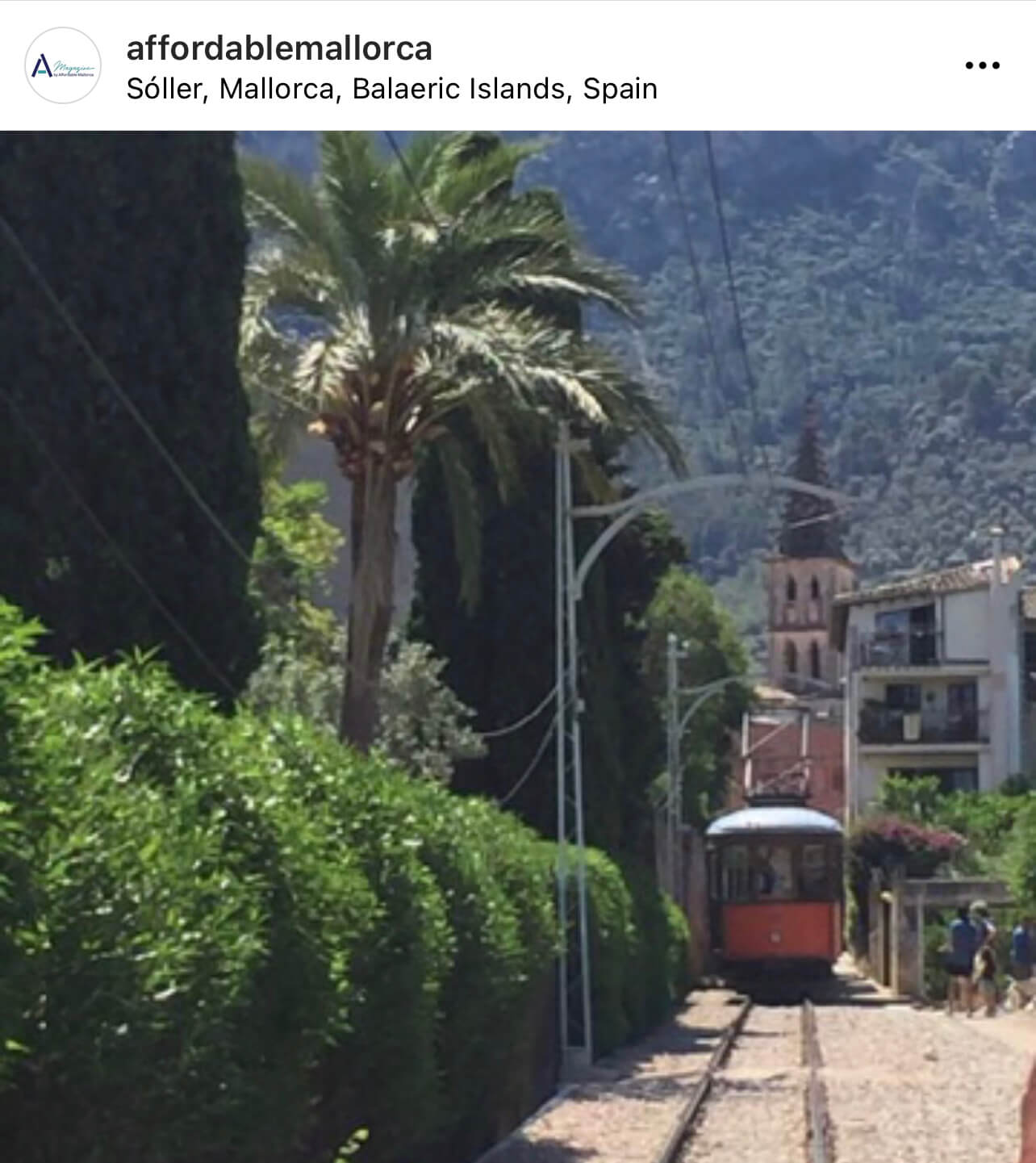 As in many towns and villages on the Island, there are annual fiestas in Sóller. One of the biggest, and probably noisiest, festivals of the year is Es Firo in May when the inhabitants of Sóller town and port commemorate the defeat of Moorish invaders in the 16th century, by dressing up as combatants and re-enacting the crucial battle down at the beach in Puerto de Sóller. The atmosphere is far from calm, so don’t be surprised if someone tries to cover your face in paint or asks you to throw a hat in the air and shoot it. It’s all a bit crazy – but lots of fun, too.

In beginning of June, there’s a festival celebrating the “gold” of the valley – the oranges. During Fira de sa Toranja all attention is focused on the oranges that made Sóller into what it is today. Thanks to optimal conditions for cultivating and growing "the fruit of the gods", the town is historically known for producing some of the best of its kind. It’s not only because of their colour oranges are referred to as gold! During Fira de sa Toranja, restaurants, hotels and bars participate by creating tasting menus, dishes and drinks with oranges as key ingredient.

Sóller still has, to a certain degree, preserved its Mallorquin flair as up until the abolishment of toll-fees for the tunnel in December 2017, the town's full-time residents were still mostly locals and not many expats lived here year-round. However, this is rapidly changing. Due to the fast and easy access to both Palma and the airport, foreigners have become more and more interested in buying and renting property here.

When looking for property or a rental, what’s also important to know is how the change of seasons affects the area: During summertime and peak season, Sóller and Puerto de Sóller are bustling with tourists. In winter time, things calm down significantly, and quite a few places close for the season.

A beautiful town, hidden in the mountains, with lush surroundings and stunning views, and on top of that – fresh, locally produced orange juice served in almost every café… when it comes to a town's charm, Sóller beats them all.