To the South West of the district is Marqués de Fontsanta. It connects with a section of Avenidas, a main road for travelling through Palma and one long street for retail. This particular area is one of the most commercial and affluent in the area. As part of Spain’s largest chain, El Corte Ingles, is located here, taking up almost an entire block. It is the most high-end department store on nine floors with its own supermarket and brand.

There are four long main streets in the area that are useful for travel and commerce: Calle Manacor, Calle Isidoro Antillon, Calle de Aragon, Calle Adria Ferran and Calle Reis Catolics. At its centre is a roundabout, ‘Plaza de Miquel Dolc’. 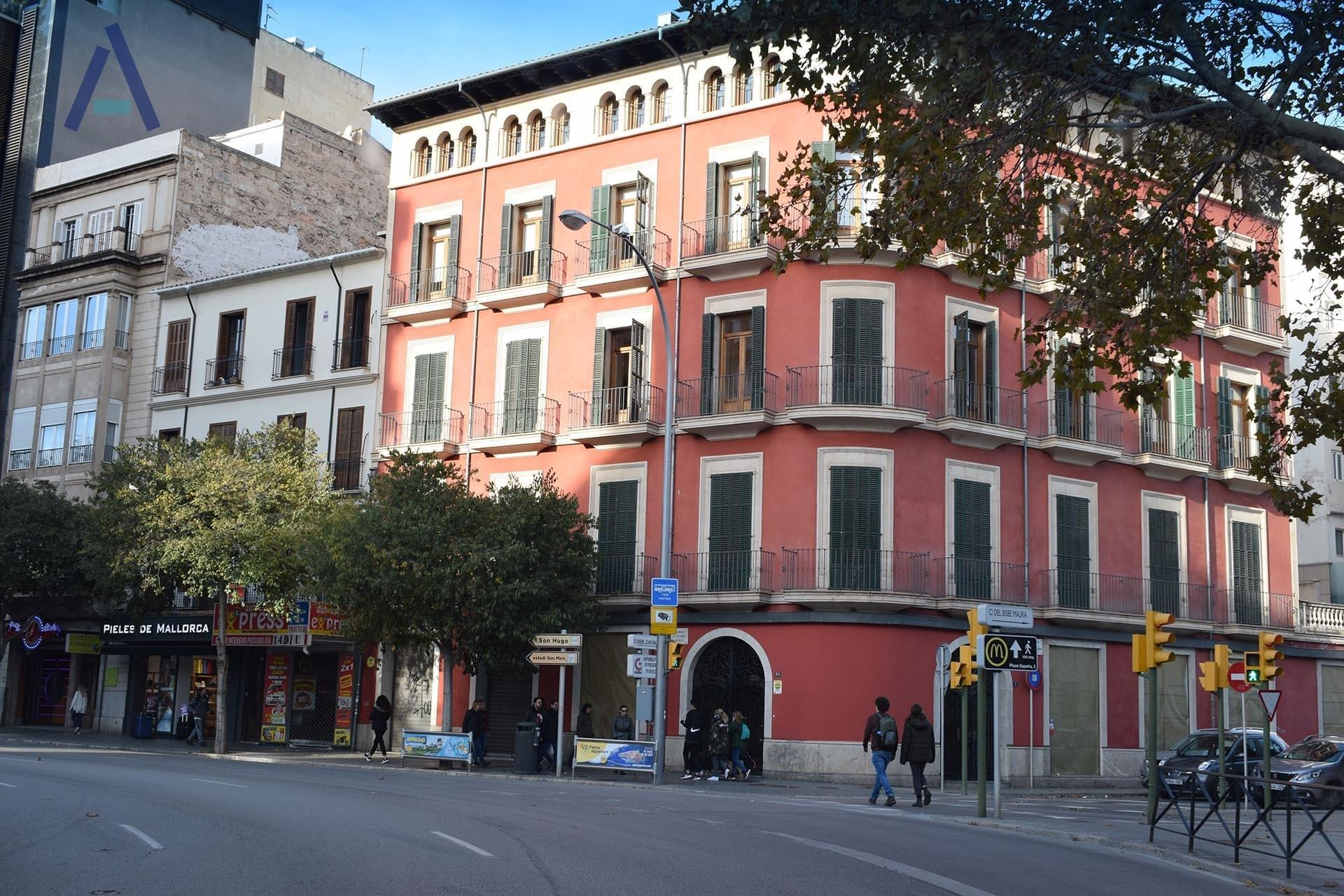 Can Capes is a residential area situated in the Levante district of Palma. It has close travel links with the Via Cintura (with its routes to other areas of the city and regions of Mallorca.) and also, bus and Metro links at Son Costa/Son Forteza. The area saw increased urbanisation in 1943 as part of a city expansion program. Then, it experienced further redevelopment with single family homes being turned into apartments during the 1960’s.

Life centres around the busy and commercial Calle Aragon. Modestly sized, the area has its own ‘Plaza de Son Forteza' and enjoys all the usual local amenities such as bakeries, restaurants, cafes and bars.

Not far from Can Capes - and very much in the centre of this district - is Son Canals, a middle-class residential area offering many opportunities for education read more bellow.

To the East of the district is Son Gotleu. This area also saw expansion during the mid-nineteen forties and sixties and is now home mostly to people of African and Arabic origin. It is considered as one of Palma's social flashpoints with all the problems known for areas with a high percentage of immigrant population. Many houses are derelict, shops run down or closed, and squatters have taken over some of the abandoned buildings and even opened some small-scale businesses here.

On the plus side, this neighbourhood offers a medical centre and the district’s Town Hall and Public Library. If you appreciate cinema, take a stroll through the ‘Plaza d’ Orson Welles’.

Directly to the South, Pere Garau has an interesting history. The original plans for the area were designed by engineer Bernardo Calvet in 1897. In 1901, as part of the Plan Calvet, the walls of the City of Palma were demolished to expand areas for urbanisation. At this time the land was formed of fields, and development began on the plots of Son Croc (an old rustic farm) and La Paloma (The Dove, a brand of Anise made in the area).

Between 1910-1930 saw the construction of streets, some of them still possessing their names from the original agricultural estates. All buildings were detached and one or two stories high with a patio or orchard at the back. Ses Cent Cases (One Hundred Houses) were built and used as a model for other homes well into the 1950’s. In 1931, ‘CP Pedro Garau’ the first school in the Palma extension was opened. 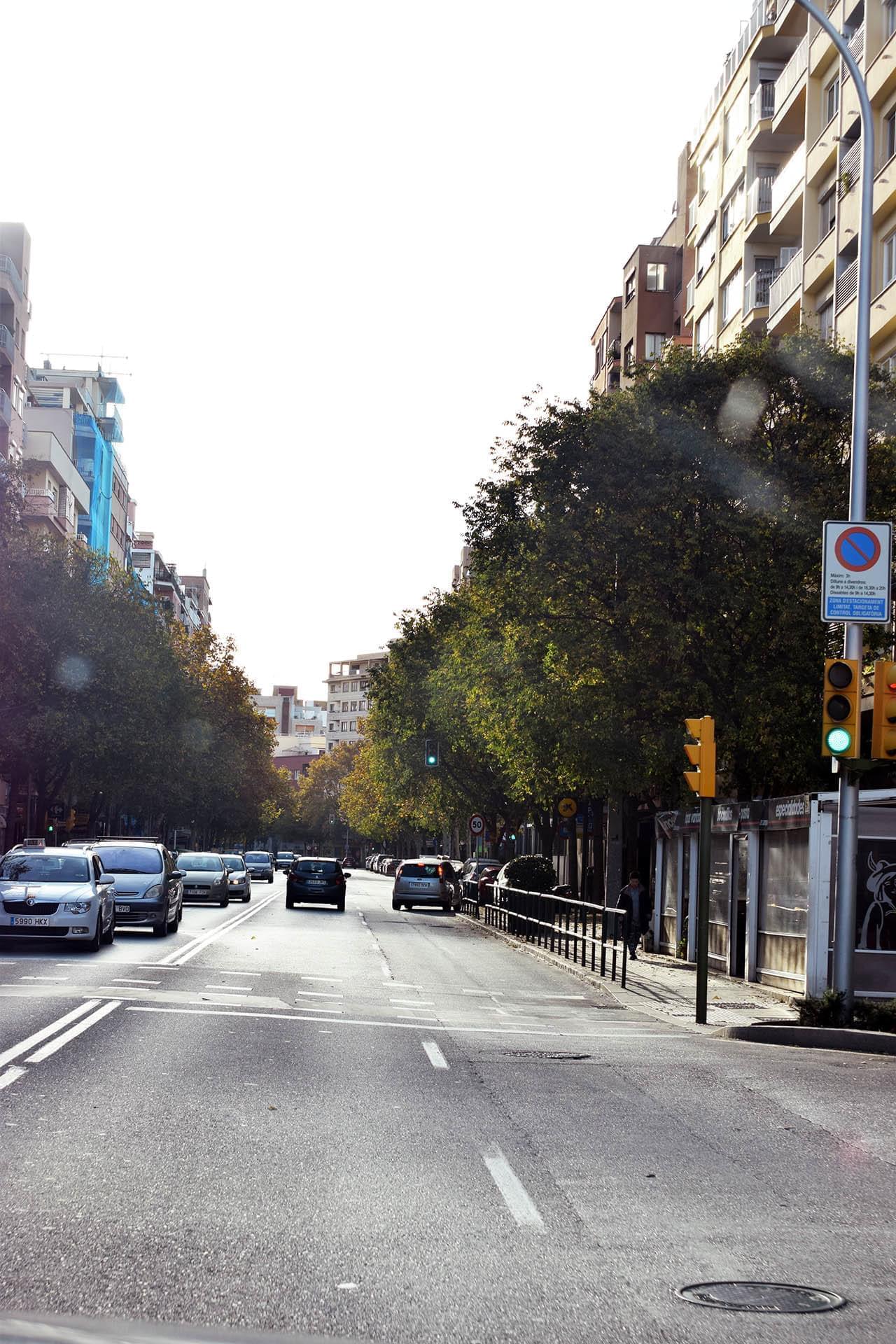 La Soledad could be called a sleeping beauty - a neighbourhood of historic one or two- storey cottages and narrow streets, waiting to be kissed alive by urban developers … Currently, it is mainly populated by a mix of "Gitanos" and immigrants from South American and Africa, and it has been getting a lot of negative press as a socially problematic area. In recent years though, the City of Palma has started to invest in the area and is trying to address the issue of crime and drugs. Police is regularly patrolling the streets, so at least during the daytime it is considered perfectly safe to walk in the area.

In order to find out what life was like in this area I took the opportunity of talking to members of my family who know the area from personal experience. They came to Mallorca in the 1950s, moved to La Soledad in the 1960s and continue to live there. Here is what they told me:

Marta: "I moved to La Soledad in 1967. It was very good back then. The community made street parties. In September, we used to celebrate ‘The Virgin of La Soledad’ and also, San Joan. In those days, there used to be a lot of farmers and we bought food directly from them. The Polígono (near to where now Ikea is) was only land and a few houses before they started building. The highway didn’t exist. The people who originally lived in those properties have [passed away and their inheritors have sold the houses to ‘Gitanos’ (as people of Romani origin are generally called in the Spanish language).

Antonio: "I remember the area from the times when La Soledad was a village, separate from Palma. Son Gotleu didn’t exist. Molinar did exists, but you had to travel through fields to get there. Mallorca was made of ‘nucleuses’, small villages and towns apart from each other. Everything changes in the nineteen sixties when the tourists came. Before then, it was all fields and nature. We used to travel from central Palma to La Soledad by tram."

Marta and Dolores remember that the beautiful church was already there when they moved into the neighbourhood.

Dolores: "The area was very beautiful and for families. A lot of people arrived from the Spanish mainland. There was a community of people from Andalusia that came to work in the hotels. There was a language and culture barrier between the Mallorquins and the Spanish, although I have always been lucky with my neighbours. Today, one street is owned entirely by Gitanos and I don’t have a problem, everyone lives quietly. It is another kind of community. There are not many other European nationalities living here, but I have German neighbours who recently moved in with their family.

Dolores: "After the crises, people needed to live where it’s cheaper."

Marta: "There’s the nuns school where my children went to school. As for local places to go; such as shops, cafés and bars, people mostly head to Calle de Manacor. A lot of the smaller shops have gone due to bigger supermarkets. La Soledad is a big area, reaching to the Industrial zone and Ikea, but I live in the old la Soledad!

Antonio: "La Soledad used to be a halfway point for people of Palma to buy local produce without the farmers having to come into the city. It was an area for workers to live cheaply in the outer limits, who could take the tram to go to work in Palma. There used to be a shoe factory with the brand 'La Gorilla’ is still sold in Corte Ingles. Their workers lived around the area, too. C’an Ribas also had a factory that made blankets. Now, one factory is the Town Hall and the other is a centre for older residents.

Opportunities for Education in Son Canals #

There are several driving schools and even a cooking school to inspire culinary aspirations!

Should you be interested in Martial Arts there are three schools located at Calle Marion, 7, 07800, Palma:

Undoubtably, Pere Garau’s most prominent asset is its famous food market. Construction met with difficulties when it became locked in a land dispute with a funeral home, but the matter was resolved, and the market was formally inaugurated in January 1943. Built in a regional style, and holding 937m², Pere Garau is the only market that sells live animals and clothing.

Antonio says, areas like La Soledad are unlikely to be the next trendy place to invest as there is nothing new to build. "All the houses are 200 years old" he says "and constructed very simply and closely together with narrow streets". This however, could just be the thing people might be after. Just close your eyes and imagine the kind of historic old town charm which you will find here, once buildings are renovated and brought in line with state-of-the-art living standards 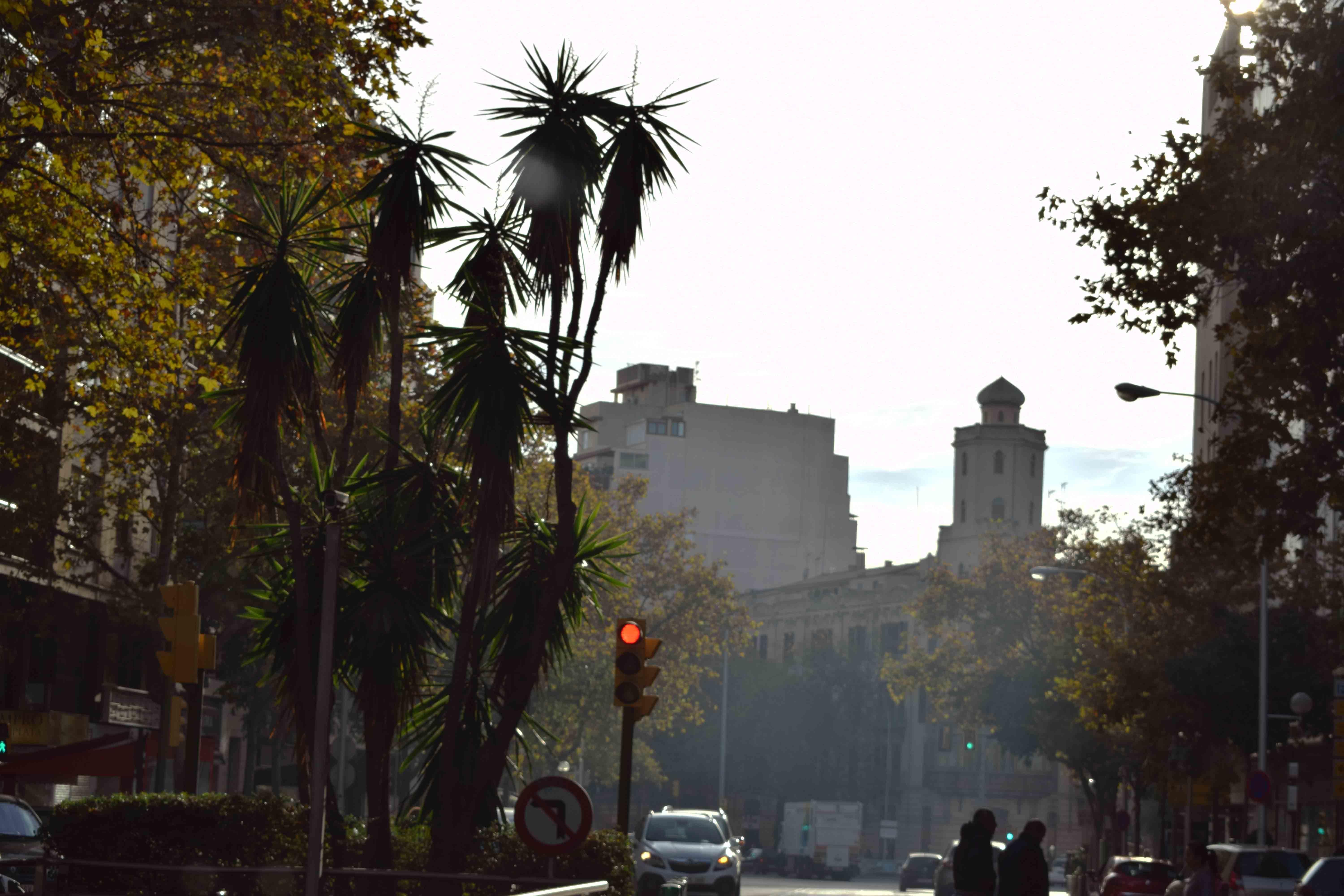 Even if you might not want to buy property in Son Gotleu and La Soledad to live there now with a view to the social problems to be seen there, the neighbourhoods in this district have something positive to offer: There’s lots of variety and opportunities to find what you are looking for. While being close to the centre of Palma , one can live without its competitive prices. Of course, it has an urbanised environment, which ultimately means a lack of space, but the benefits are having everything you need at hand and with travel links one can go anywhere.