Grow It Yourself: Harvest Time - Part 4

In our Santa Maria garden, we’ve patiently waited all spring as each little bloom and blossom bursts forth. It seems like nothing is ever going to happen, and then one day…BAM! You notice tiny little peppers inching their way out of the delicate white flowers, jolly tiny tomatoes coming out in clusters and wee cucumbers that resemble perfectly formed cucumber babies growing from the creeping vines. It’s like a Christmas miracle in June and after a few weeks, we are actually sitting down to a table filled with blessings from our own backyard!

Our Herb & Vegetable Garden in Mallorca: What Worked #

We have had our ups and downs, and if you read any of the past articles, you’ll know not everything we planted in the raised vegetable bed we built with such love was successful. But now that we have come to this point, it can be said with all assurances that salads, cucumbers, tomatoes and peppers are by far the most prolific vegetable crops and basil, mint, thyme, coriander and parsley have been the best herbs harvests so far.

It's only July, so the chances of getting later harvest yields is pretty good, but in the here and now, that’s what we’ve got on the go. We had so much salad at one point that my husband started making a concoction called “green soup” by the cauldron-full. We have so much in the freezer that we could survive all winter on that alone. 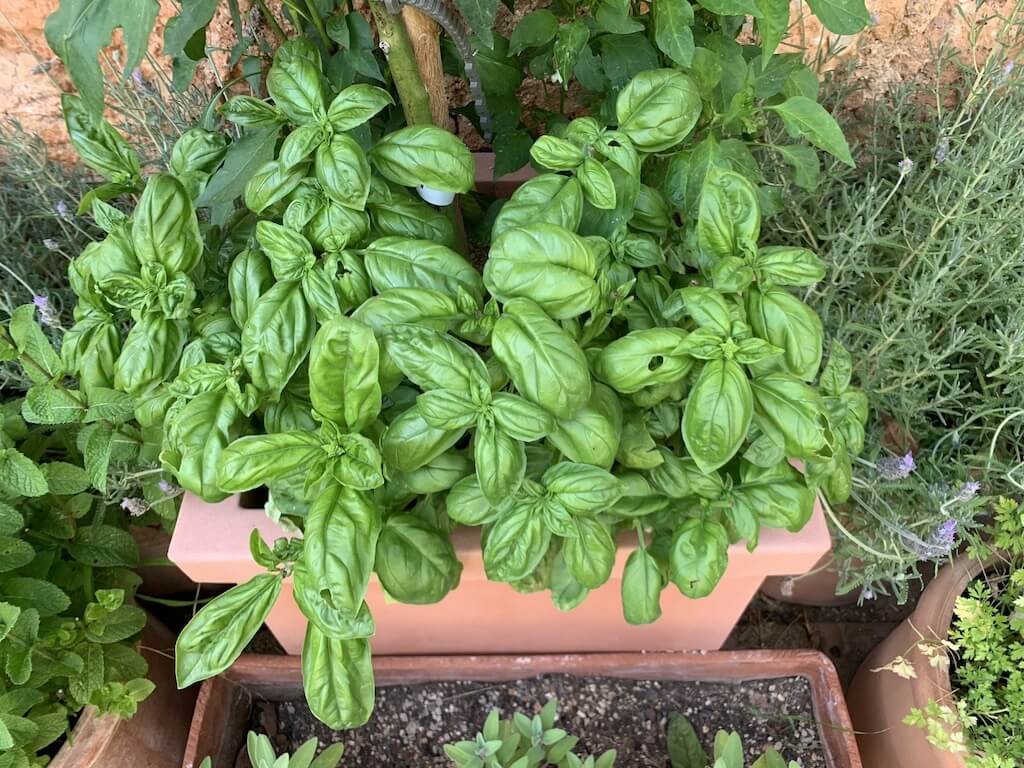 Some of what we planted surprised us… for better or worse.

The coriander, for example, was a mixed bag. Though massive quantities appeared in late spring, it quickly went to seed leaving us with scraggly stems after a month or so. I suspect if we replanted now, there would be time to have another bumper crop by fall, but that’s if it handles the Mallorcan heat well early on and there are doubts about that.

The tomatoes have completely taken over and had grown 150 centimeters over the back wall, with buds shooting out everywhere. My dad, who was visiting from America and is a sort of tomato-growing guru, wisely suggested we give them a good chop before we ended up with a Jack in the Beanstalk scenario. It certainly has not prevented them from producing and has vastly calmed our mounting terror that we would have so many tomatoes we would have to start bringing them to dinner parties in massive bags in lieu of wine or depositing them on the doorsteps of strangers. 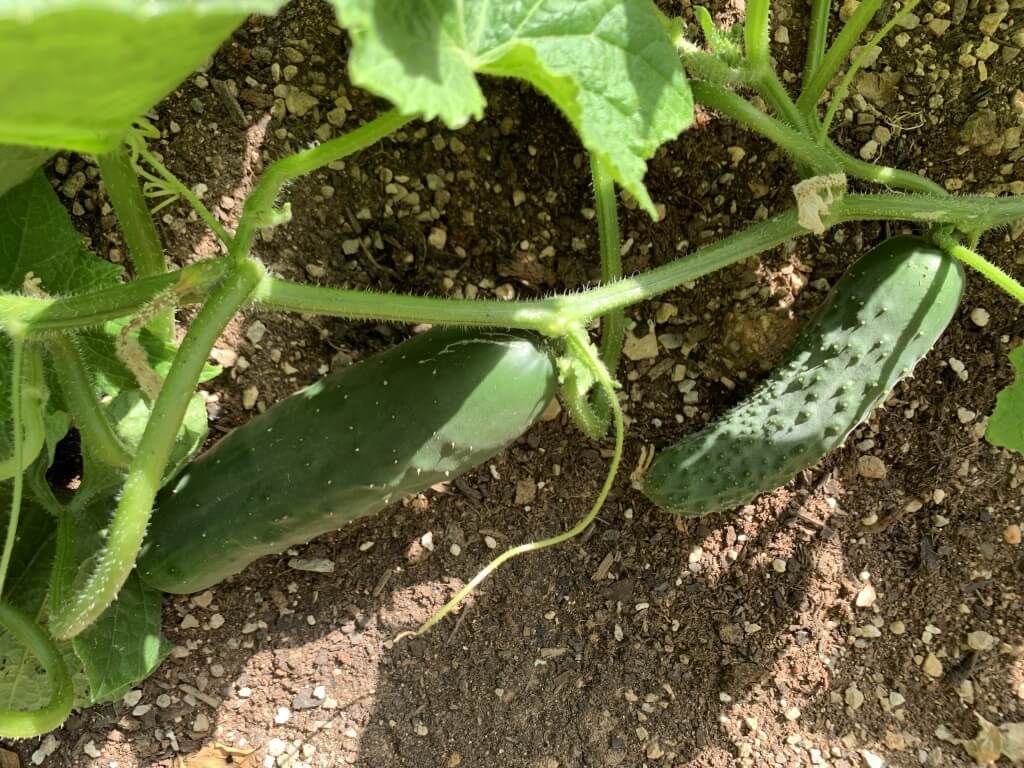 The courgettes were a disaster. It’s almost horticulturally impossible to screw them up, but we did. They love space, and therefore need to spread out. We thought they had enough, but the cucumbers beat them to it, and took over before the courgettes could take hold. It’s a pity, but not the end of the world… and there is always next year. I’m the only one who really loves them in my family anyway, but I’d have liked to have made a nice ratatouille with them. 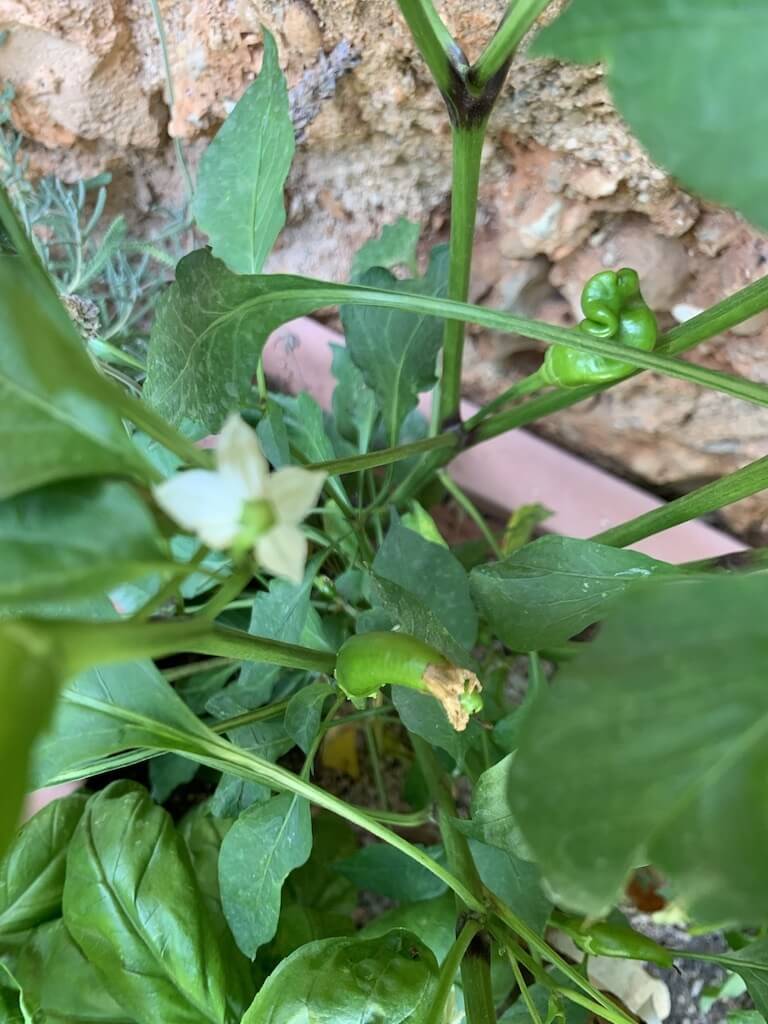 Anyhow… That’s the latest on our backyard garden experiment on Mallorca! Later in summer, we will revisit and let you all know if anything new crops up. See how I did that? “Crops up”. I made gardening funny. Happy summer!

Go GIY: Grow It Yourself : Prepping Your Garden - Part 1

Grow It Yourself : Planting - Part 2

Grow It Yourself: Growing Season - Part 3

Our Mallorcan Garden: Grow It Yourself - Summary

How to Keep Your House Free From Mold and Mildew