One of the greatest thinkers of his day, native Mallorcan Ramon Llull was in many ways ahead of his time.

“You must learn to question everything. To wait before moving, to look before stepping, and to observe everything.” – Ramon Llull

He’s been praised as a saint and condemned as a heretic. He is purported to have written the first fictional romance novel in European history. He was a missionary, a writer, a Franciscan tertiary, a mathematician and a philosopher… all rather conflicting career paths and some aspects of which got him into hot water. He was a visionary and is widely regarded as Mallorca’s first celebrity. Meet Ramon Llull. 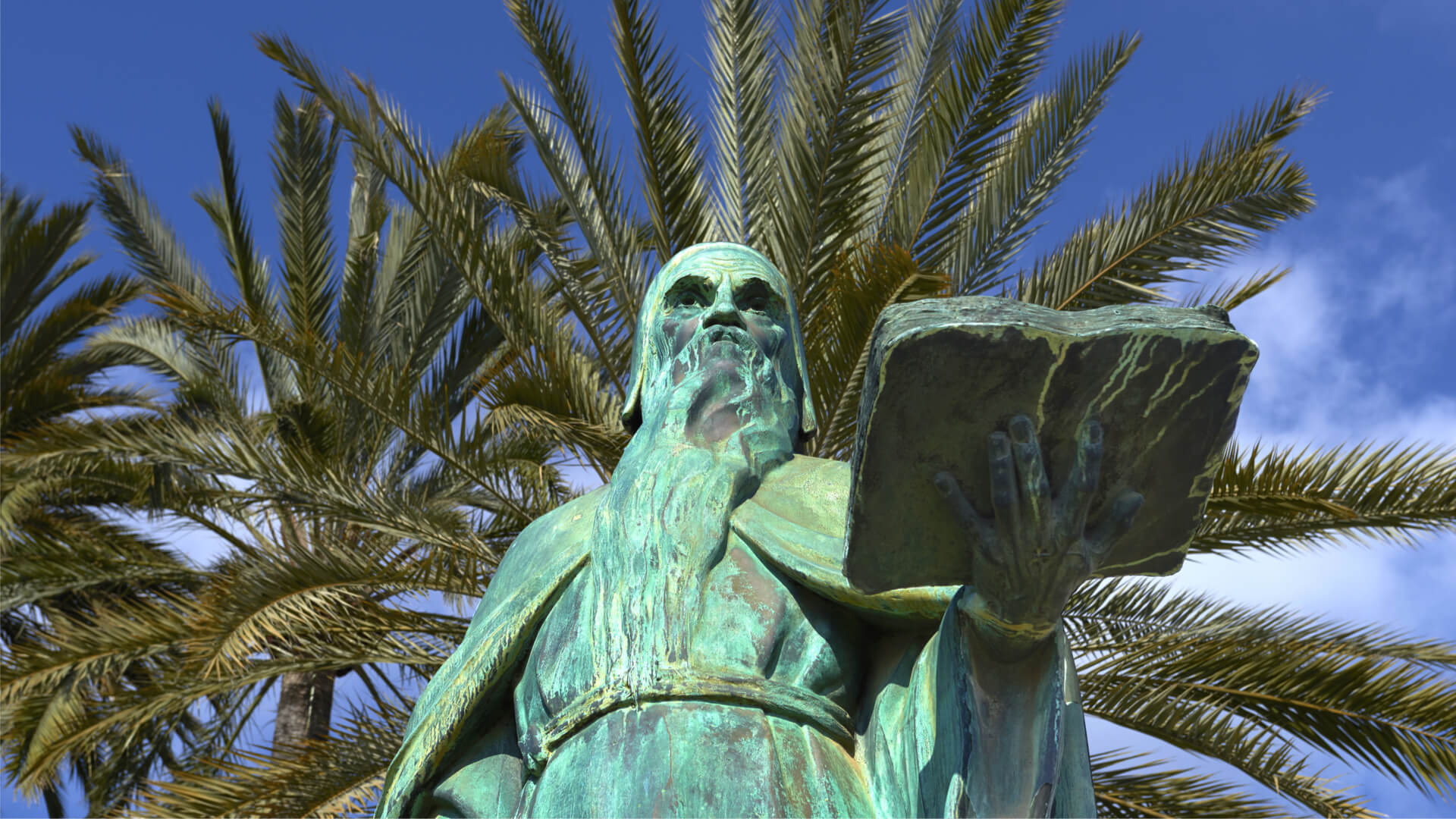 Ramon Llull was born in what is now Palma in or around 1232 to a wealthy family who had recently colonised the island after the Muslim conquest. In 1257, he married Blanca Picany, had two children and worked as tutor to James II of Aragon, who was to become King James II of Mallorca. James later made him the administrative head of the royal household, giving him a position of great power.

By his own telling, Ramon was a ne’er do well and a bit of a cad. He had several mistresses and idled away his time writing poems and songs to woo them, in true troubadour style. Then one day, he had a vision where he purported to have seen Jesus Christ. This apparition, the first of five, rocked his world and set him on a path that would see him leave his family, position, and belongings behind to become a servant of God.

The way Ramon saw it, he had three goals. The first was to convert Muslims to Christianity. The second was to write a how-to book on overcoming said Muslims' objections to conversion. The third was to found religious institutions that would teach non-European foreign languages, primarily Arabic and Hebrew. To achieve goal number one, he spent nine years learning Arabic and studying their culture, then eventually went to Tunis to let the converting begin.

Whilst staying at the hermitage he founded on Puig de Randa, what later became the Santuari de Cura, he achieved his second goal. He wrote a book called Art, later revised to Ars Magna or Great Art. The third goal was made real when he saw Hebrew, Arabic and Aramaic taught at universities of Bologna, Paris, Oxford and Salamanca. All in all, he was checking off his bucket list items at a fairly good clip. During this time, he also prolifically wrote book after book. Some religious tomes, some fiction, they totaled 265 in all. He also created mathematical theorems that exist still today.

But, as with so many overachievers, he pushed things too far. At the ripe old age of 82, he decided to go back to Tunis to try and get more converts. The Tunisians, not about to be told what to think, stoned him. Here’s where his story gets murky. Some say Genoese merchants brought him back to Mallorca, where he lived another 18 months or so, scribbling away until the very end. Another says he died in North Africa. Either way, he died a martyr’s death, as he was willing to do from the start. Today he is better remembered not for his death, but for his life, best articulated by his personal maxim:

“He who loves not, lives not; he who lives by The Life cannot die.” – Ramon Llul 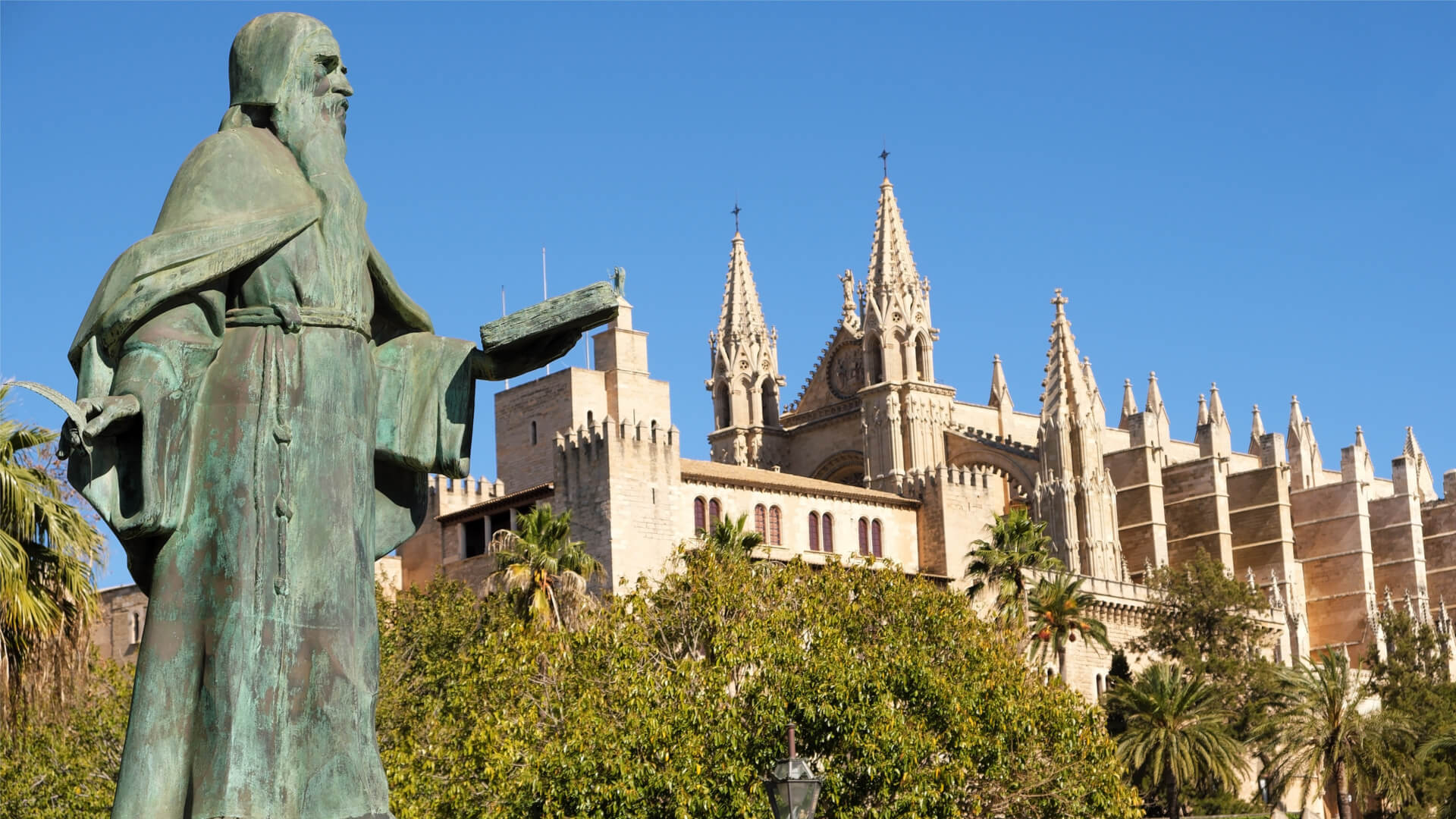 His life and influence can be seen in special exhibits at Museum of Mallorca, Carrer de la Portella, 5, Palma. LLull is buried in the Basilica of Sant Francesc, Plaça de Sant Francesc, 7 in Palma.