This unfussy, un-touristy town is a delight for those looking for the real Mallorca.

Llucmajor may not be poised to be Mallorca’s most glamorous town, but it has an awful lot to offer. Untouched by the usual hordes of summer tourists populating the holiday hotspots of the island, the town has a charm all its own and is a great place for those who prefer their environment to be more authentic. 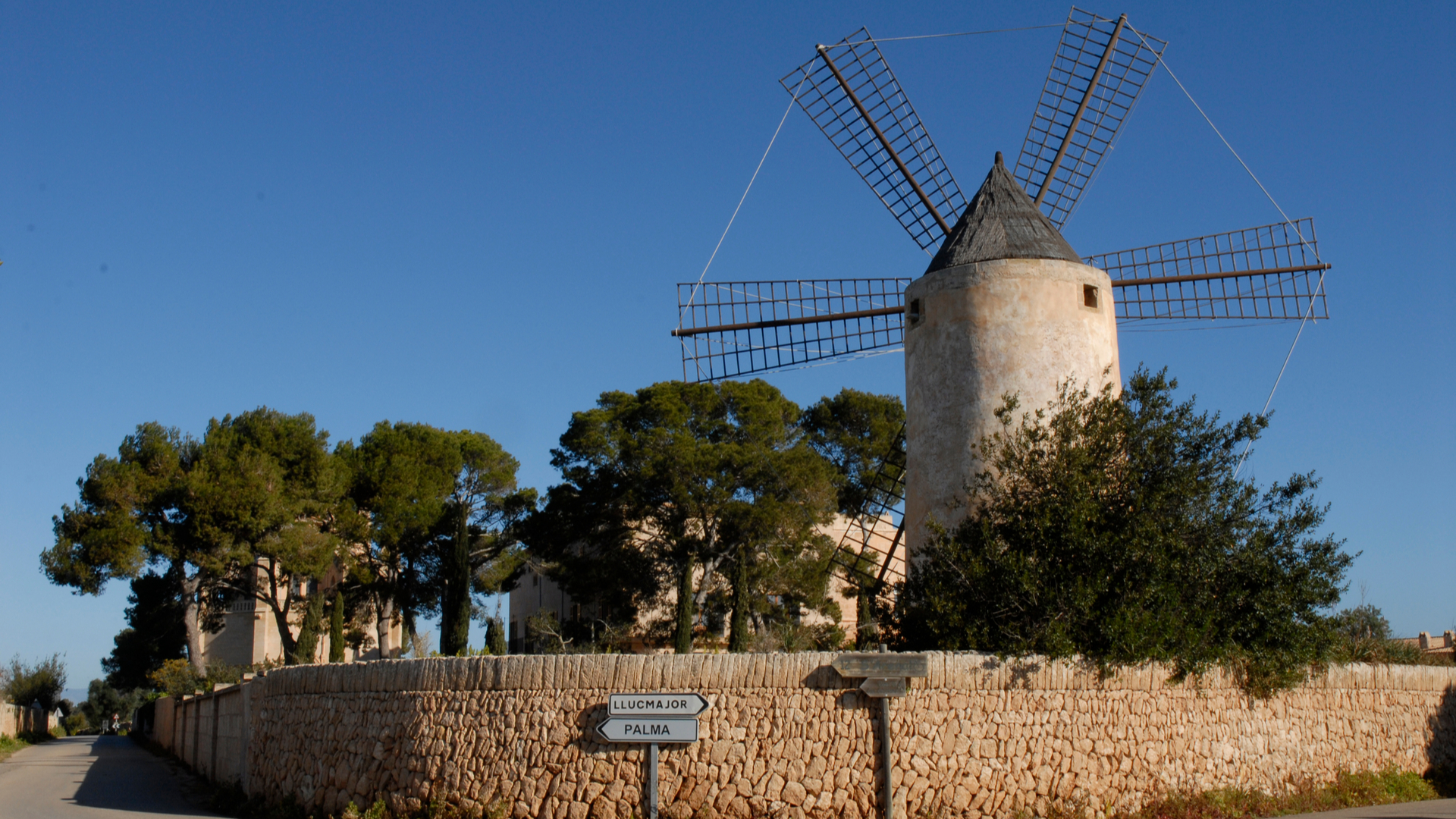 Located approximately 15 km south east of Palma Airport, Llucmajor is a straight shot on the Ma-19 motorway, the trip taking a mere 15 minutes. Car is the fastest way to get there, and a taxi should run about €30. The A51 bus will also take you to the town and takes only 35 minutes, costing €5 or less.

Llucmajor, like many Mallorcan towns, has a long history. Bronze Age site Capocorb Vell sits within the municipality, and the Romans, Greeks and Phoenicians were amongst the several peoples to have inhabited the area.

In 1300 Jaume II founded Llucmajor, but the decadence of the Mallorcan kings was to be short-lived, and in 1349, it all came crashing down when the King of Aragon soundly defeated the Mallorcan troops, killing King Jaume III at the Battle of Llucmajor.

The people were primarily farmers, though a sizable footwear industry did exist due to the large number of cattle farms in the area, as well as thriving stone and iron works trades.

An impressive site located just 10 km south of the town is Capocorb Vell. This Bronze Age settlement boasts five talaiots, two to three story high structures used as forts and burial chambers. The settlement itself was ringed by stone walls that were fashioned together without the use of mortar, parts of which you can still see today. There are also doorways that once may have led into enclosed living areas and what seem to be half buried homes, though as the people who inhabited the area kept no written accounts, no one knows for certain.

In town, stop by the monument to the town’s cobblers on Placeta del Sabater that honours the town’s stories past, then venture onto the Església de Sant Miquel. First built in 1259, the church has seen epic demolitions and renovations over the years. It’s a particularly impressive landmark that can be seen from miles away, and boasts being the second largest church on the island, after the cathedral in Palma. The Convent de Sant Bonaventura is a former Franciscan monastery, massive in size, richly decorated and incorporating church treasures and locally crafted items. It has been transformed into what is now a cultural centre. 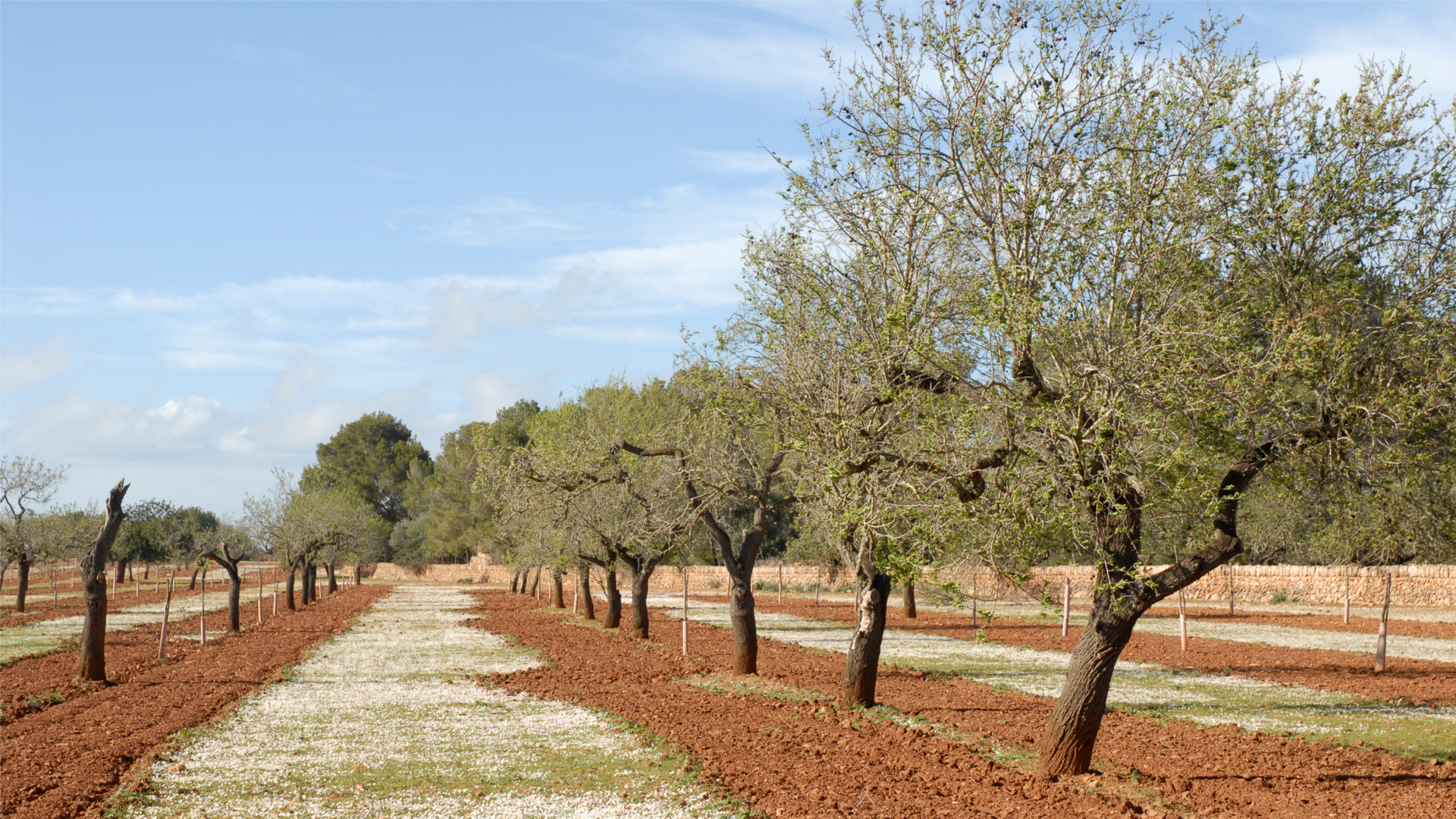 Being a larger town, there are numerous choices for eating out. Here are some faves.

S’Estatua
With the cost of an average meal of about €12, you almost can’t afford NOT to try it out. Not fancy, for sure, but good food, good service and definitely family-friendly. The locals love it.
Address: Passeig Jaume III, 2 07620 Llucmajor

Tropical
The interior isn’t much to crow about, but the enormous terrace is fab for a sunny Sunday lunch. Nicely prepared Mediterranean cuisine with big portions and gorgeous staff.
Address: Av. Carles V, 49 07620 Llucmajor

Tomates Verdes Restaurant & more
By far the most upscale on this list, the chic interior, nice wine list and beautifully presented dishes make this a date night destination, though kids are clearly welcome as they offer a menu just for them. Reasonably priced and centrally located.
Address: Carrer Constitucio, 2 07620 Llucmajor

Llucmajor has three markets per week, on Wednesday, Friday and Sunday mornings. Fresh produce is on offer, as well as local arts and crafts. Almonds and apricots are grown near the town and make great purchases.

As a fairly big town, all the normal conveniences are available. Supermarkets, pharmacies, and shops are dotted around the town making window-browsing a fun way to get to know the area.

Llucmajor’s ideal location at the foot of Puig de Randa makes it ideal for hikers, bikers and walkers of all levels. Horseback riding is also a fantastic way to explore, as Llucmajor has sweeping plains, gorgeous mountains and green forests in easy reach. Son Antem Golf Club, featuring two 18 hole courses, is five minutes away.

As an inland town, there are no beaches (clearly), but some of the island’s prettiest south coast beaches are a short 15-20-minute drive away. Cala Pi is a small beach village nestled between cliffs and pine forests and is all you could ask for in natural beauty. Sa Rapita is beloved for its Caribbean- like turquoise waters and cleanliness. And Es Trenc boasts long, a white sandy beach and crystal waters. 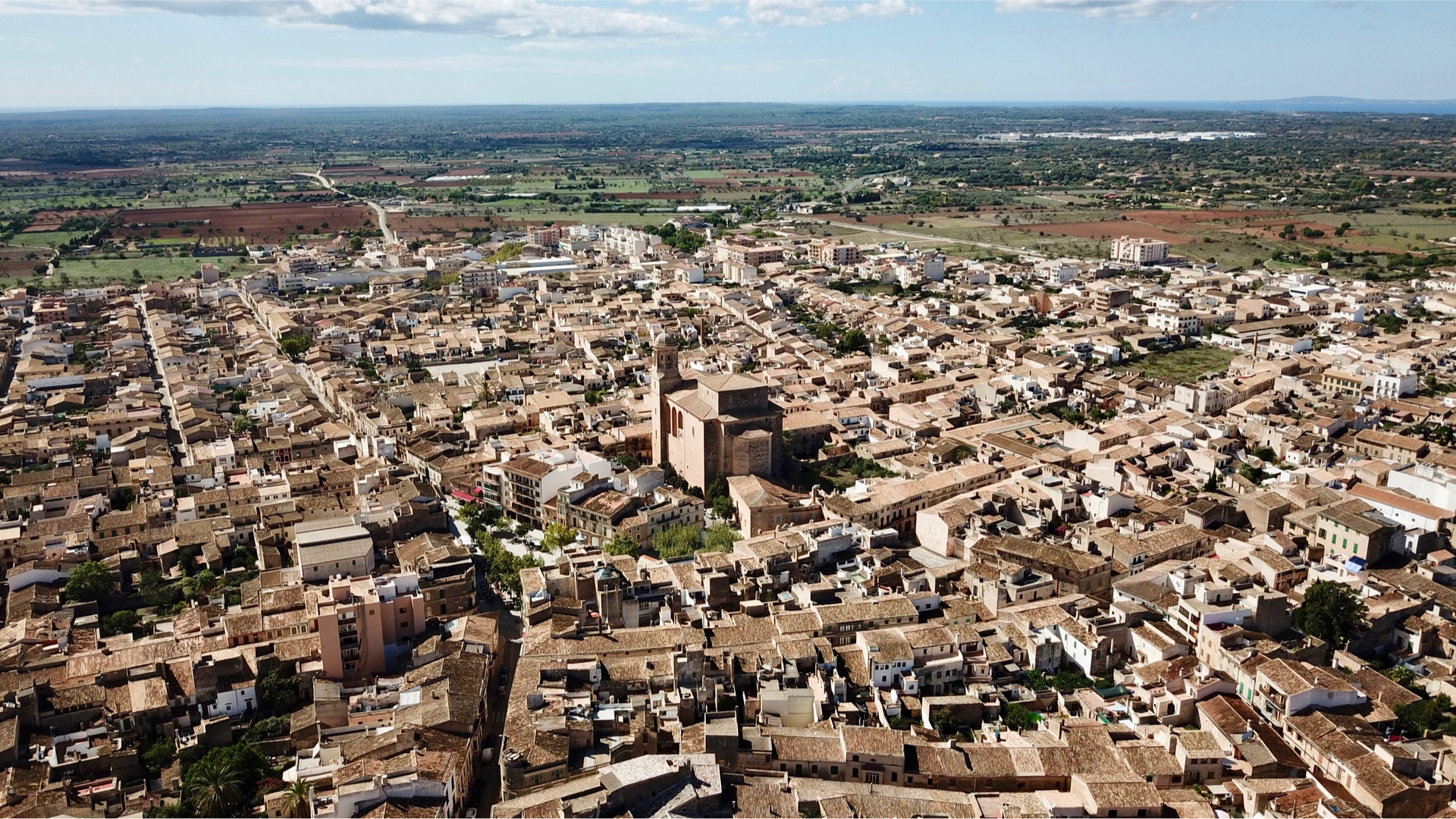 Not everyone would say wine tasting is “culture”, but I would beg to differ. Bodegas Vi Rei offers one-hour tours and four wines to taste for €10. Bodegas Bordoy does visits and tastings by appointment and has all its wine-making operations on site.

As mentioned before, the thrice-weekly markets have a fine selection of local arts and crafts available.

The annual fiesta in Llucmajor lasts not one day or even one weekend but are held over THREE consecutive weekends in September. You’ll find amusements such as live music, sporting competitions, dances, livestock exhibits and arts & crafts displays.

Llucmajor is an eclectic mix of historic old buildings and modern apartment blocks. There is something to suit any taste, and pretty much any budget. The prices for a 2-3-bedroom flat start at €180,000 in town, with deals even possible to be had in the adjacent beach villages if you’re willing to do some work. As mass tourism hasn’t really hit this part of the island and it’s not on the radar of most expats, the prices are stable and not crazy expensive.

What a Resident Says about Llucmajor #

We asked a young German-born expat woman living in Llucmajor and working in Palma about her experiences as a resident of the Llucmajor. What does she like about the place? The town has everything you need, she says. Rent is affordable - she pays 600 € for her two-bedroom flat, including a patio for her cat; and there are four gyms to choose from for your daily workout, plus they have municipal sports facilities including a pool. The commute into Palma doesn't take too long (30 minutes on a normal day; only on a bad summer day with lots of traffic she spends 45 minutes on the road). Beaches are close – she takes her car, but you might also hop on a bus. A further bonus she mentions is that she had not problems finding friends among the lively mixed-age international community of the town.

And the downfalls? Trash, Andrea says. According to her, Llucmajor's refuse disposal services are terrible, but finally, in January 2020, recycling will begin. Anything else? Well, her neighbours don't like her cat …

"Living in some of the popular costal areas can be expensive, property as well as living expenses, go inland and it’s a different story. We live in Llucmajor where the majority are Mallorquíns. A coffee is still only 1.50! Go where the locals go and you can’t go wrong!" Alexandra Thom-Heinrich in a Facebook reply to our article Mallorca: Best Place to Retire

Llucmajor is a relatively unspoilt genuine Mallorcan town. It has all the amenities you could need, is only 20-25 minutes to Palma, and has reasonably priced homes. With a population almost exclusively Mallorquin, it’s a place where a family could really integrate and immerse in the local customs, language and culture.