“If you hang around a barber shop long enough, sooner or later you’re going to get a haircut.”

Recited Denzel Washington during a Penn State graduation commencement speech back in 2011.

To all our island dwelling, sea snuggling, sun worshipping friends out there, the same is true for the majestic Mediterranean. If you hang around in the water long enough, eventually you’re going to meet some of its inhabitants. 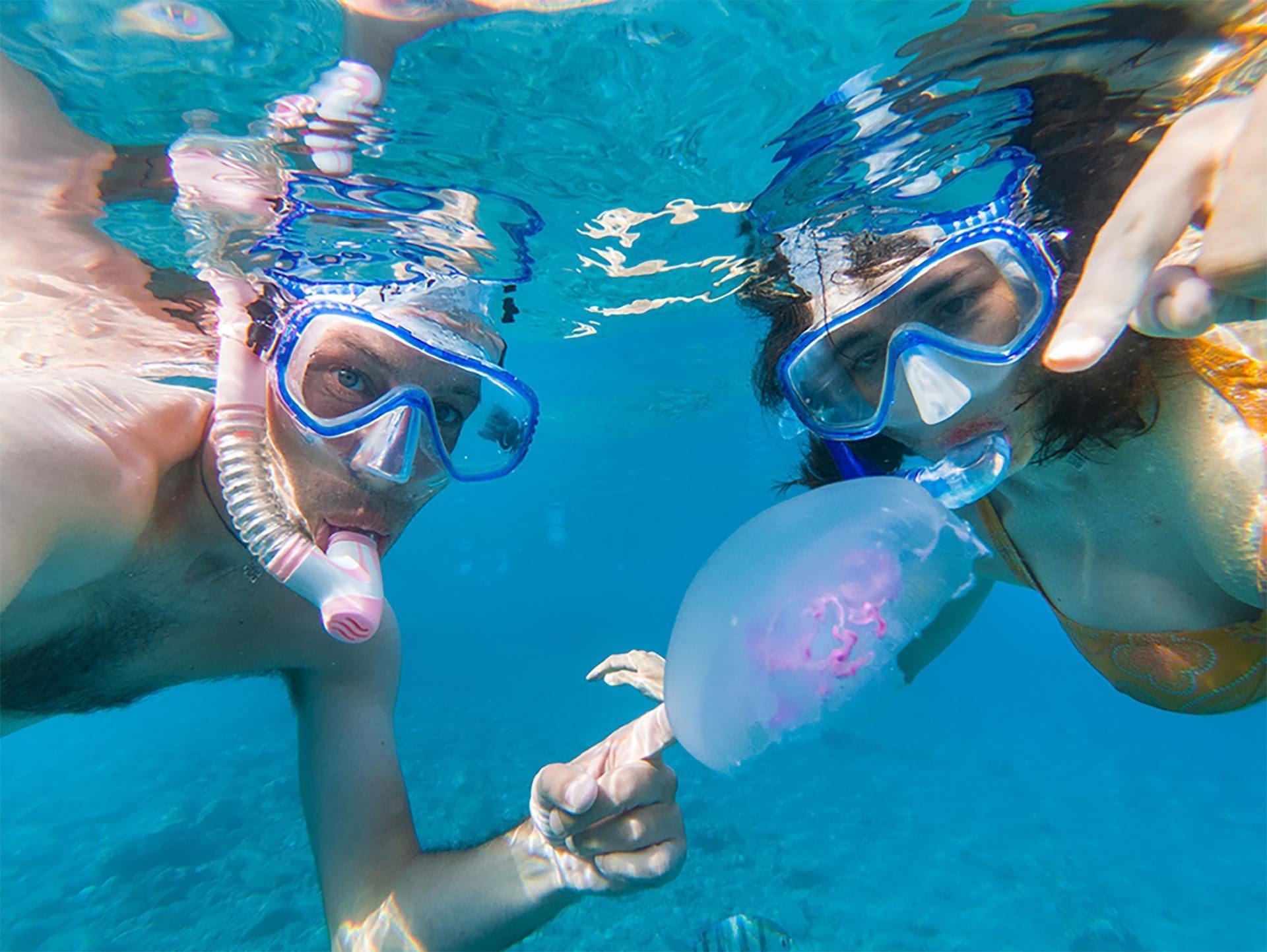 Mallorca is an island full of remarkable treasures. Perfection however, is an illusion. Every coastal paradise has at least one inevitable flaw. Even the arctic waters fall victim to this often lazy, yet potentially threatening pest… jellyfish.

The unwanted invertebrates always float in around the coast of Mallorca – the Compass Jellyfish being the one most commonly found -, but when the non-native “Portuguese Man O’ War” were spotted earlier this summer (2018) they created quite a bit of stress for the tourists. 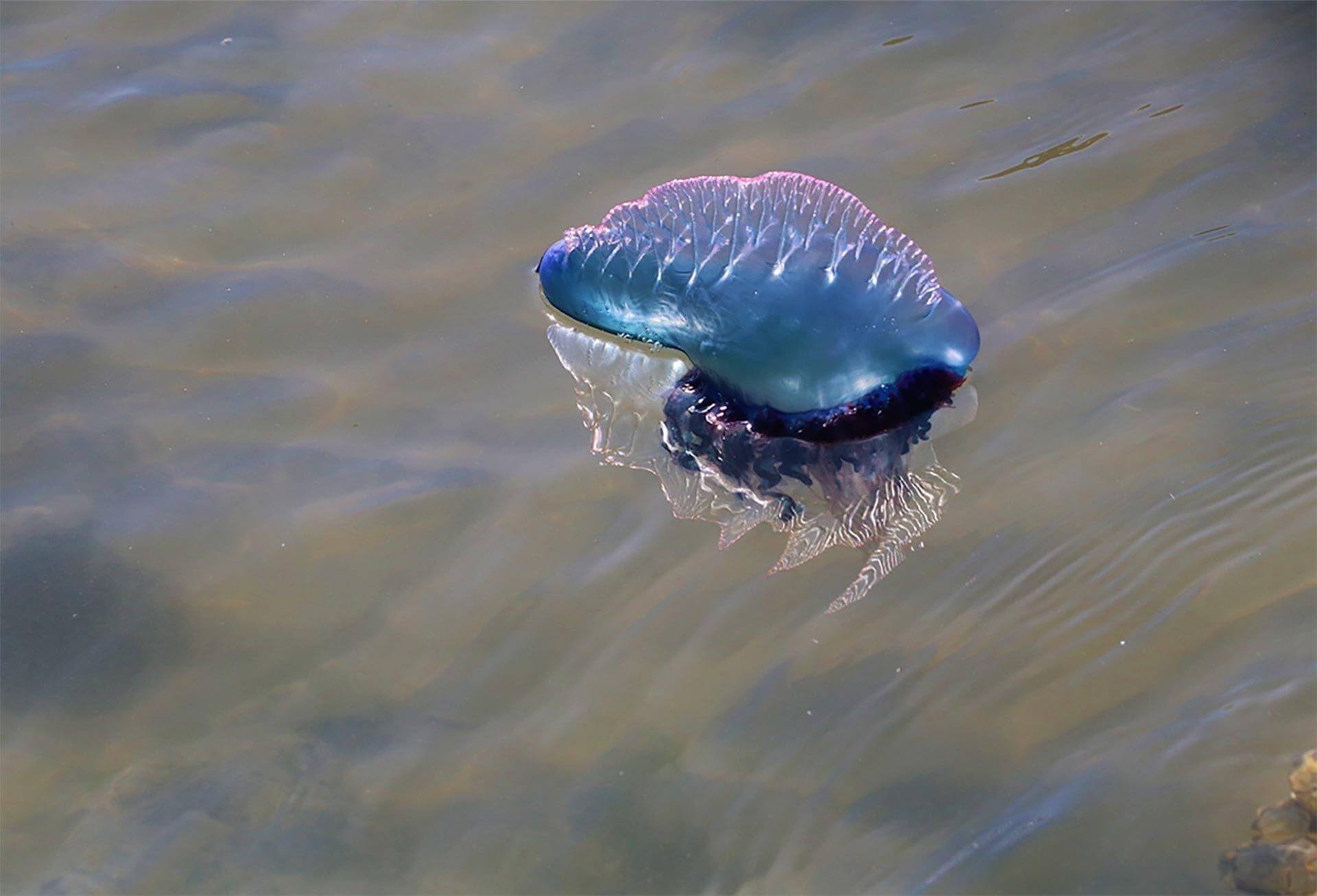 Myth: The “Portuguese Man O’ War” is the most dangerous or deadly jellyfish. Wrong! The most dangerous jellyfish in the world is called the Box Jellyfish and is typically found in coastal waters off Northern Australia and throughout the Indo-Pacific. According to the U.S. National Science Foundation, 20 to 40 people die of box jellyfish sting each year in the Philippines alone.

Although there have been reported deaths associated to the Portuguese Man O’ War, the odds of being killed as a result of the sting is highly unlikely. More commonly, victims suffer from painful red welts on the skin, muscle cramps, elevated heart rates, and vomiting.

AM Fun Fact No. 1: The “Portuguese Man O’ War” isn’t actually a jellyfish, rather they are several organisms working together called a siphonophore.

Surefire way to avoid getting stung? #

The simple, yet hard truth is this: If you see a jellyfish and don’t want to get stung, don’t go in the water. Where there is one jelly, there are many others lurking about.

AM Did You Know? What do you call a group of jellyfish? Get ready for this! They are referred to as a bloom, a swarm, or even stranger, a smack. 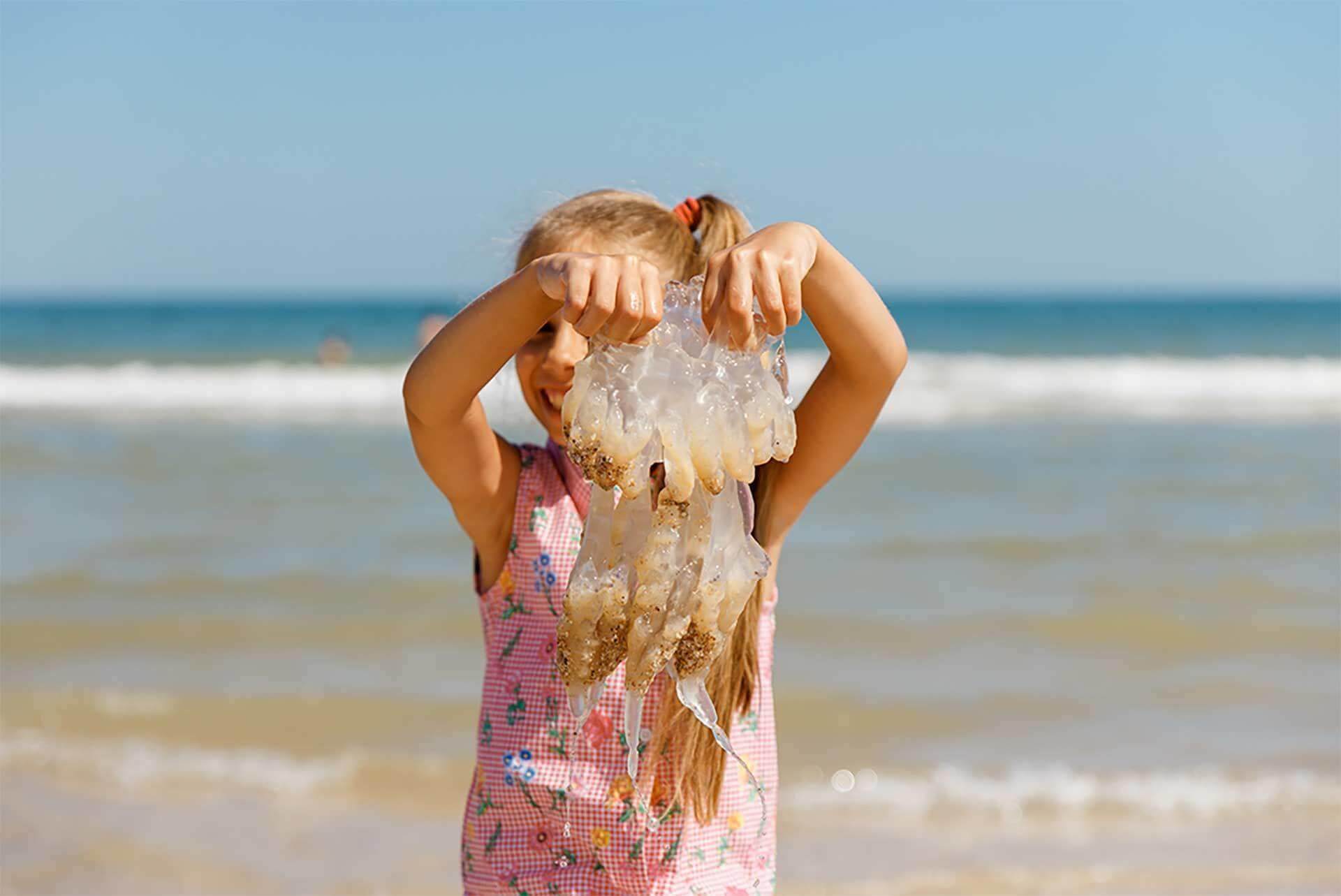 Alternative ways to avoid the sting #

Aren't happy with abstinence approach? Who is? Here are some other ways you can avoid getting stung. If you’re a futurist you may be intrigued by AM’s first suggestion.

Sea Safe, an Australian company who’s products have only been available in Spanish pharmacies since 2015, provides high-quality solar protection, skin hydration, as well as their own patented formula cream which will prevent jellyfish stings. Find out more>>

Another approach would be to wear a lycra bodysuit, wetsuit Or rash-guard into the water. Don’t forget to cover your hands and feet as well as accidentally swatting or kicking the sneaky creatures is quite common.

Maybe lycra isn’t your style! Our other and more eclectic approach is to wear women’s pantyhose. According to a few websites, such as Lifehacker and Wikipedia, this interesting method actually works! 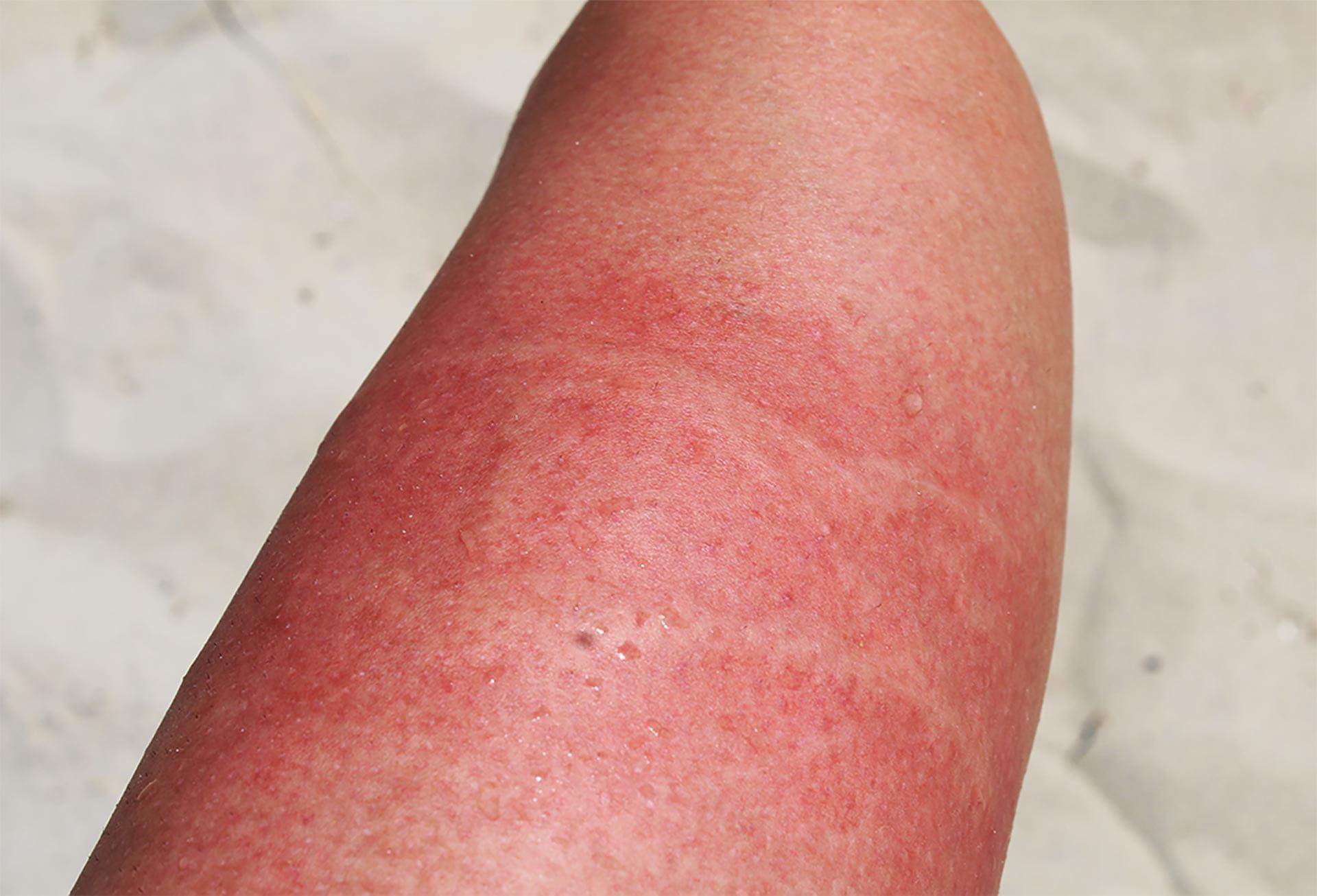 What do you do if you get stung? #

First, stop reading this article, go to your nearest hospital and get medical attention. AM can’t help you right now, medical professionals can. If, however, you’re reading this article as a method of preventative knowledge, there are certainly some tricks to know.

As mesmerising and as unique as they are, when face to face with a jellyfish, they aren’t typically well-liked. Unfortunately for us, jellyfish have their own agenda and go whereever the sea takes them. Wear googles when you swim and always check for warning flags on the beach before getting in the water. Happy sea exploration! 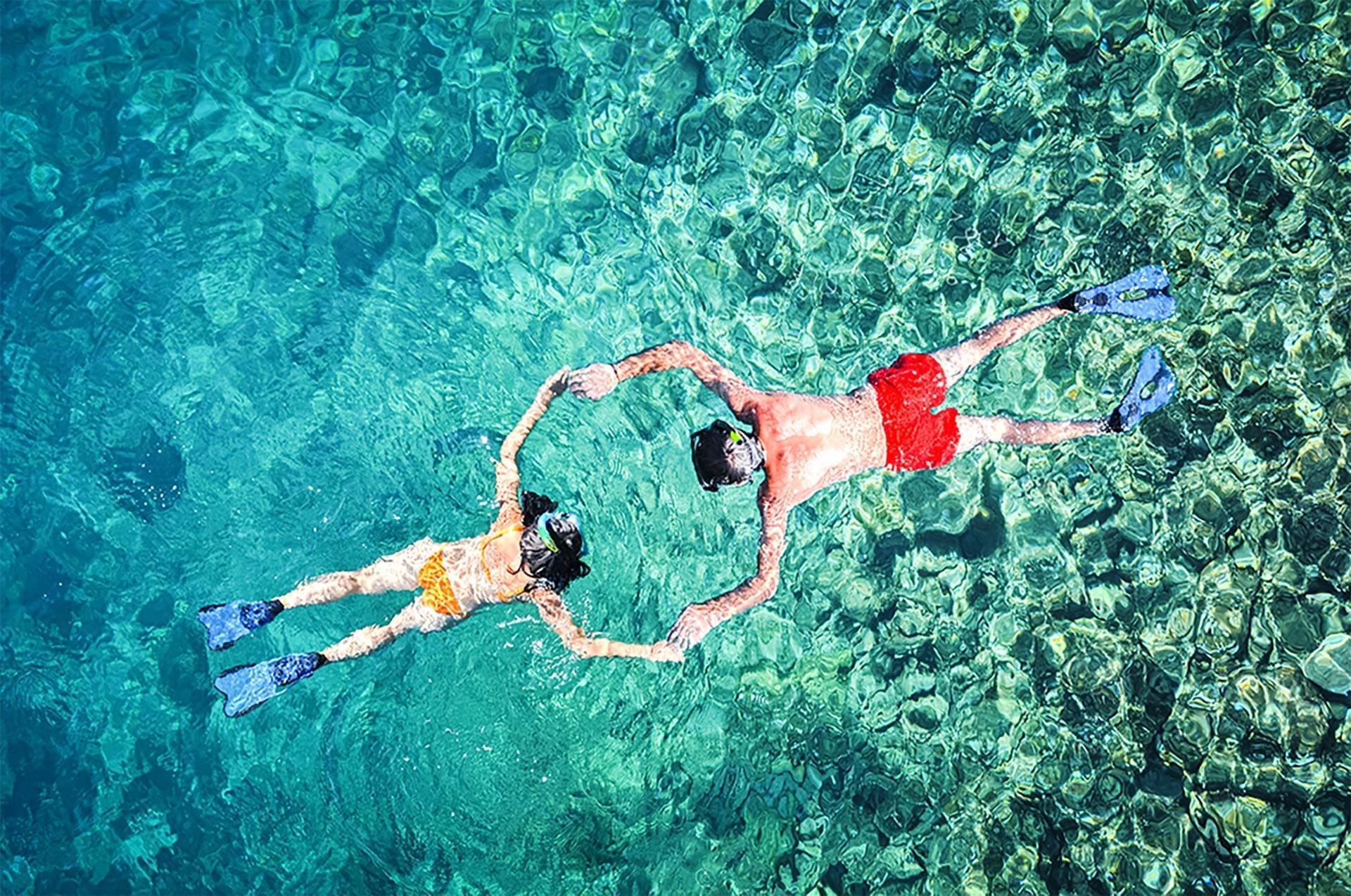