Finding the Perfect School on Mallorca

The education system worldwide is coming under scrutiny and many think it is broken and outdated. While there are many strong points to support this view, for the time being few parents have the wherewithal (financial and/or logistical) to tackle such a huge problem through homeschooling or alternative options. So, for now, let me just give you an insider's peek into what Mallorca currently realistically offers you and your child.

Sunshine, clean air, relative safety and an international community make Mallorca an ideal place for newcomers with children of all ages looking for a place to live and work. That said, parents are endlessly debating the pros and cons of the school they eventually choose. The truth is: just as there is no utopia, there is no perfect school. Island life often demands flexibility for all in the family and brings a certain amount of trade-offs in education. For example there may not be the plethora of infrastructure options at some schools for sports, art, music or specialised help for learning disabilities. Our hope is that, with a realistic understanding of what schooling IS available on Mallorca, you can find the most ideal school match for your kids.

Schooling legally begins at 5 years old but parents scramble to get their children into the school of choice at 3 years old. Very, very young to be sure, but there is rarely a spot available at the good schools by the time a child reaches 5 years old. So, parents get a move on by mid-May before the child's 3rd birthday to apply. Besides not being able to get into the first choice school if you wait until the age of 5, the other issue is that missing out on two full years of socialisation and structured learning is a big concern for many parents.

In fact, most kids have even been put into daycare before being 2 years old, whether parents are working or not, in order to prepare for school. Especially for nordic parents, this early institutionalisation is almost cruel, but again, we are here to give you an idea of what is for now, not what should be.

In the Spanish system, primary school “Primaria” is for ages 5 to 11 and ends in Year 6. Next comes Obligatory Secondary (ESO - “Escuela Secundaria Obligatoria”) for 4 years. After 4 years of ESO there are two years of “Bachillerato”. These two years are in preparation for the university entrance exams called “Selectividad”.

The maximum points one can attain for University entrance is 14. The calculation is quite convoluted. It is calculated with 60% of the grades obtained during the 2 years of Bachillerato, then adding the exam result for a maximum of 10. The 4 extra points are obtained for both classroom and the Selectividad exam for specific subjects. 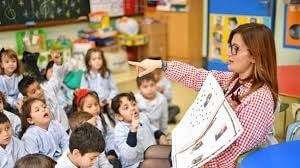 There are 3 basic systems on the island.

Subjects are taught in one of the three languages and often there is a fourth optional language. The three main languages taught in all schools are Spanish, Catalan and English. French and German are optional at most private and Concertado schools. The percentage of each language depends on the government in power.

The tri-lingual balance between Spanish, Catalan and English is highly politicized. When a more left-wing local government is in place, Catalan takes on a greater role and English is diminished. When a more right-wing government rules, it is more truly “trilingual” in equal measure. Usually one or more of the sciences are taught in English. The private system has greater latitude when deciding on percentage weight dedicated for each language. It is interesting to note that many locals resent being taught in the official Catalan language versus the local Mallorquín dialect.

Nevertheless, Catalan is the official textbook language taught on the island. Also, many British or other international students opt for the more Spanish institutions to complement the mother tongue language spoken at home. It is not uncommon for children on Mallorca to speak at least 2 or 4 languages fluently.

Most often with a Catholic ethos, about 40% of the schools are Concertado. With the exception of a very few, most are in Palma, Inca and Manacor. The advantages to an international child is that these schools often have excellent infrastructure for sports and arts, immersion into Spanish and Catalan (especially if another language is spoken at home), less emphasis on Catalan than in the public system, an introduction into a keystone of the Spanish history and culture: the Church and its Christian teachings. Concertados, as part of the Spanish education system overall, also facilitate higher education options, such as university, in Spain. The downside is that many of these schools in Mallorca are massive, some with about 4 classes per age group of about 27 students each.

Why does the Concertado system even exist in Spain? Article 27 of the Constitution guarantees the right and freedom to select one's education centre based on one's values - namely Catholic. Also, at one point in time in the 80s public schools lacked sufficient places, so a parallel system launched with private funding. The very existence of Concertados and private schools is often debated everywhere in the world because many people believe only public schooling is truly fair and equal, but whatever your views are, Mallorca offers you a choice of system. 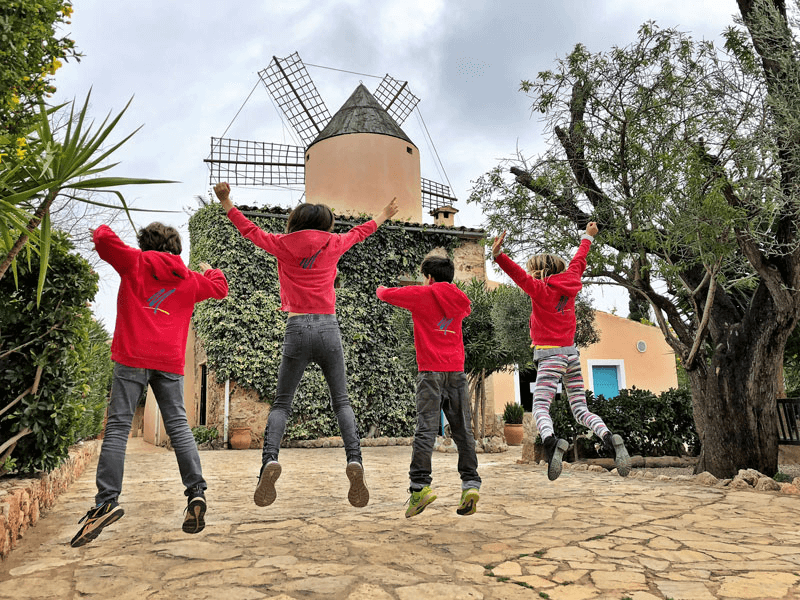 Found in almost every town or at least nearby, public schools offer proximity, secular education and local language immersion (heavy in Catalan). While Catalan may seem like a downfall, in reality, if a child wants a future in Mallorca, reading, writing and speaking Catalan will open doors for future local employment. Ironically, this system also tends to attract the vocational and best level of teachers away from the Concertado and private schools - because they offer better pay. The educational infrastructure for children with learning disabilities is also properly funded in key satellite schools, while the other systems tend to view special needs as a drain on their bottom line and teaching resources.

Also, in secondary school the public system offers a few art, music or sport centric institutions. A few even have an English or other language stream offering - in Bendinat for example. Alternative professional training routes (FP) offer training toward employment, requiring a high level of Catalan.

Many private schools are Spanish. Most of the English language private schools are run off of the British national curriculum and are in Palma. There are also American, French, Swedish and German schools. International schools teach Spanish, Catalan, English and yet another language (usually French or German) in secondary.

While offering an international language private school for primary is ideal (because small children absorb languages rapidly), as it becomes time to enter secondary school, many families elect to put their children into a Spanish system school. This is because many European universities use a point system for entrance. The British A level exams (with such a limited subject range of maximum 5 subjects) make it impossible to be accepted to European point based universities, thus closing doors.

Another factor is financial. After Brexit the UK universities are charging more expensive international rates for European resident students. You may be British, but by residing in Spain the two previous years you must pay international fees. With regard to which Private schools have the most prestige, this varies year to year with staff changes, infrastructure additions and university entrance results.

Here is an alphabetical list of Private International Schools and the Curriculum they use:

EuroCampus Deutsche Schule - Palma. Conference of the Ministers of Culture of the States (KMK) entitled to participate in an examination network with the German School Barcelona. 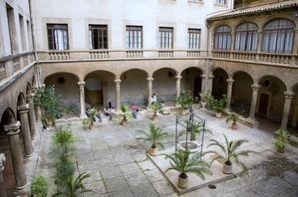 Insider knowledge is helpful here when you do not speak the language. For the Public and Concertados there are applications to fill and the government discerns whether you meet the criteria to apply to that school. Do you live or work nearby? Are siblings already attending? Are there any special needs?

For the Private Schools, because of their reduced class size and fewer students overall, places may be limited and getting on a waitlist as soon as possible is crucial. At some schools, it is not that an entire class is filled with the waitlist because many existing students have younger siblings needing a space. Also, each school is free to select the type of child best suited through interviewing, assessments etc. Many schools attempt to meet a target, for example half boys and half girls, half international families and half local. References and assuring more than one child to move through the school are also attractive in the selection process. Private schools have a reputation to protect and their entrance criteria is the first step in meeting their goals.

I have met numerous expat parents that have switched the child's school more than once. One family eventually moved back to the UK after trying out three schools (the child eventually entered Eton)! This level of world class education, as much as the family searched, switched and complained, found the solution by going back home. Another family, with the boy diagnosed with Attention Deficit Disorder, has literally moved to 4 schools because of a reluctance to medicate. This, of course, is the family's prerogative, but is it really fair to complain about the school's performance?

Another young lady, with incredible musical talent, simply could not find the level of training needed locally without adding many more hours to the day at the conservatory. Also, many wealthy secondary school pupils find more comprehensive university preparatory options for a wider range of courses in boarding schools abroad. While all schools on Mallorca do their best, parents need to be objective about the offering, minimize the trauma of switching schools frequently, and be flexible enough to seek out supplemental outsourcing solutions to give the positive support needed for your child's optimal development.