Publisher's Note: In February 2021, the Lightshow Event at La Seu was cancelled due to COVID. We look back over the past few years in photos and videos to see how many people come together for this spectacular event. We will celebrate this again.

“There are darknesses in life and there are lights, and you are one of the lights, the light of all lights.” – Bram Stoker

Each year on 2nd February (Candlemas Day) and 11th November (the feast of Saint Martin), if the sun shines, an extraordinary light show can be seen at La Seu Cathedral in Palma. between 8:30 and 9 in the morning. On both days, the cathedral opens its doors at 8 a.m. already to give people the opportunity to watch the amazing phenomenon happen. Note: COVID has forced the cancellation of the Cathedral Event in 2020 and, most likely, in February 2021. Let's hope for a public event November 2021.

Dubbed the Spectacle of the Eight, visitors are treated to a magical sight where the light of the rising sun passes through the large 11.85 metre “wheel” or “rose” window of Trinity Chapel and is projected onto the opposite wall.

A moment later, just for a few seconds, the light is reflected under the church’s other rose window forming a figure eight-shaped double rosette. This combined with the dazzling sight of the light hitting the more than 1100 individual pieces of stained glass is a spectacle indeed.

This twice-yearly phenomenon is something every inhabitant of the island should see at least once.

We show you Palma, La Seu Cathedral and the Light Show Event that happens twice a year. 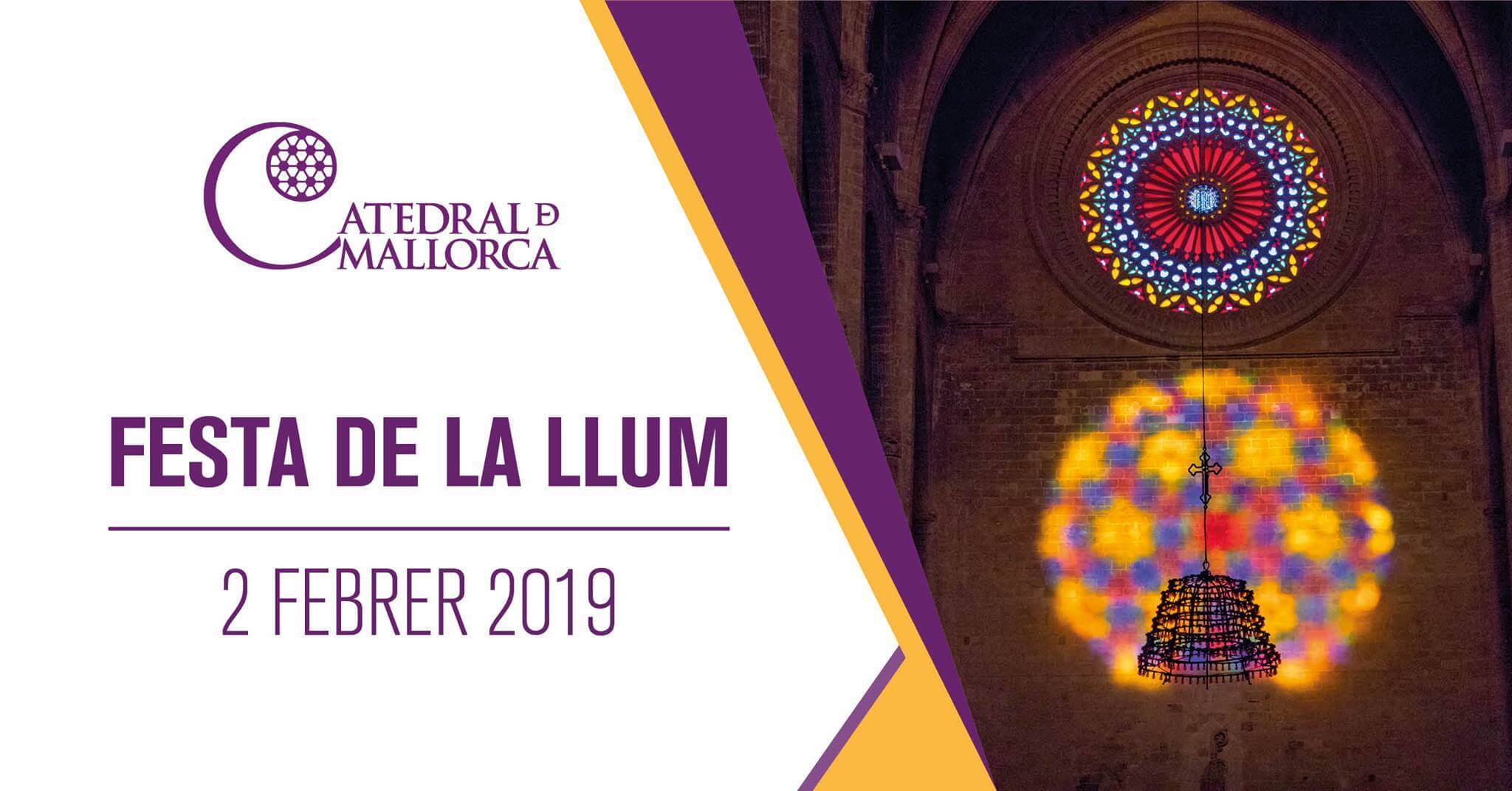 The number eight has special significance in Christian lore. Writers in the early centuries after Christ added an eighth day to the seven of God’s creation, symbolizing a time outside of time, or eternity.

Besides its spectacular rosette which was created in the 14th century during the period of Bishop Galiani and is the largest of its kind in the world, Palma Cathedral boasts having the largest Gothic windows in the world, dating back to the same time. There are larger ones, but they are neo-Gothic, and therefore not of the same era.

Affordable Mallorca Tip: Palma Cathedral offers a guided tour all the way up to its rooftop terraces, a once-in-a-life experience you shouldn’t miss out on. Read more>>

In November 2019, Affordable Mallorca organized a photo contest asking readers to send in their best snaps of this fabulous lightshow. Here is a selection of pictures we received.